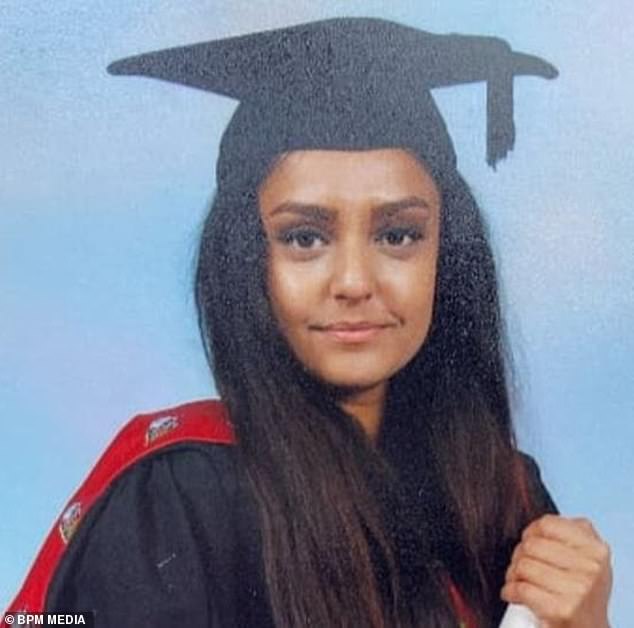 The father of Sabina Nessa‘s killer had wanted to apologise to her family for his son’s horrific actions but ‘couldn’t find the courage’ to, it has been revealed.

Bashkim Selamaj, 73, travelled from his home in Albania to see his son Koci, 36, be jailed for life for murdering the 28-year-old teacher after prowling the streets of Brighton and London, looking for a lone woman for his ‘sadistic and sexually motivated attack’.

The killer’s father was at the Old Bailey with his daughter Jolanda Hyseni and expressed his ‘pain’ at the events.

He told the Sunday Mirror: ‘My daughter and I wanted to apologise to Sabina’s family for what Koci did.

‘We couldn’t find the courage to come face-to-face with Sabina’s sister.

‘Her pain is our pain. I have two daughters and do understand what it would be like to lose one.’

The father of Sabina Nessa’s killer had wanted to apologise to her family for his son’s horrific actions but ‘couldn’t find the courage’ to, he has said

Bashkim had earlier said he was ‘so sad’ for Miss Nessa’s family and admitted relatives were still ‘shocked’ at his actions.

He told the Sun: ‘How could he hit a person he didn’t know at all 34 times? We are shocked to learn that and we still cannot believe our son was involved in such a killing.

‘Sabina was a human being, and this lady did not deserve death’.

He also revealed Koci Selamaj – who was determined to make money to help his family so started working at 13 – was a ‘quiet, good boy who wouldn’t kill a fly’ in his youth.

As a lacklustre student who began bunking off lessons, Koci Selamaj would work in a bakery and as a carpenter after the family moved to Athens when he was 12. 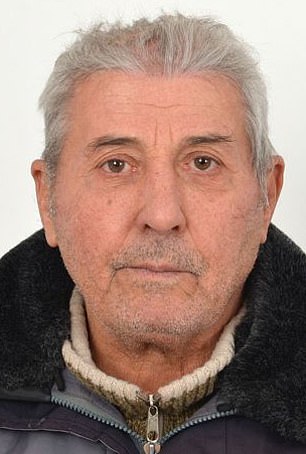 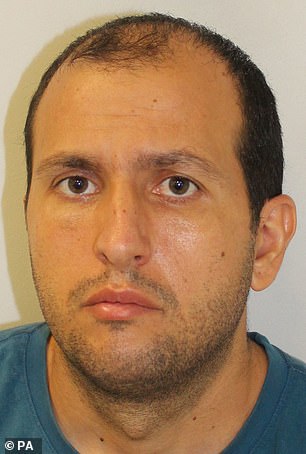 Bashkim Selamaj (left), 73, travelled from his home in Albania to see his son Koci (right), 36, be jailed for life

Chilling CCTV captured him testing out a rolling pin as a murder weapon before ‘skulking’ in the shadows of Cator Park in south east London while waiting for a victim on the evening of September 17.

He then targeted Ms Nessa as she walked past, with CCTV showing him stopping, turning around and sprinting after the 28-year-old before battering her 34 times with a 2ft-long metal traffic triangle, which shattered to pieces as she tried to fight him off.

After she had lost consciousness, Selamaj carried Miss Nessa away, removed her underwear and strangled her to death with her tights.

He cowardly refused to face her family at the Old Bailey on Thursday and Friday, while his father and sister watched from the public gallery.

His lawyer said he would never explain why he carried out the sickening attack, vowing to ‘stay forever silent’. 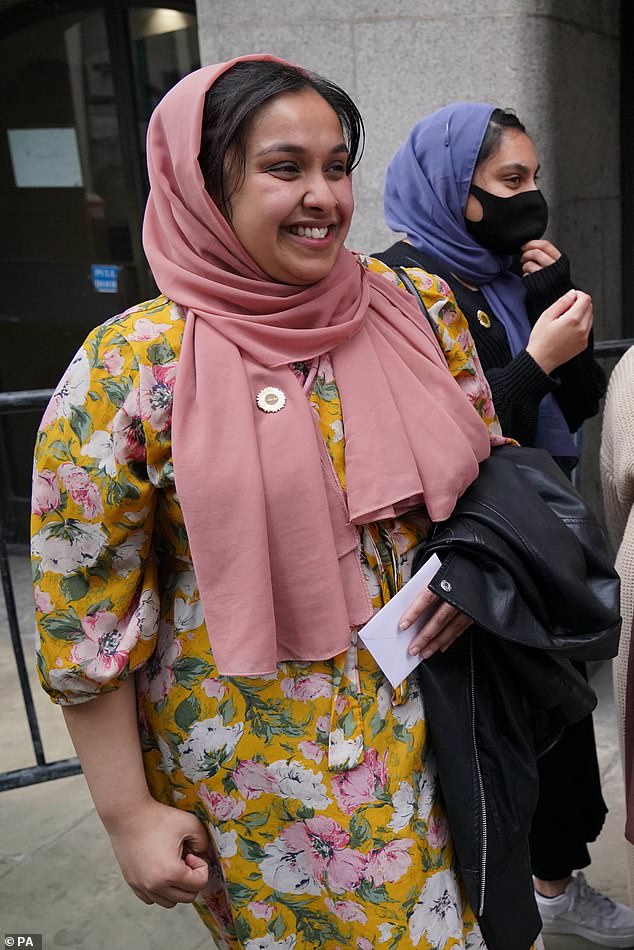 The sister of Sabina Nessa, Jebina Yasmin Islam outside the Old Bailey, in central London on Friday

Sentencing him, Judge Mr Justice Sweeney said Selamaj had ‘positively enjoyed what he did in the park’.

He set a minimum term of 36 years for the ‘savage’ sexually motivated attack.

Addressing him in absentia, the judge told him: ‘Sabina Nessa was a wholly blameless victim of an absolutely appalling murder which was entirely the fault of the defendant, which has added to the sense of insecurity people, particularly woman living in our cities, when walking or travelling alone especially at night.

‘Sabina’s was a life that mattered, a life that did not deserve to be taken in such a heinous and cowardly way.’

Jada Pinkett Smith to publish memoir a year and a half after THAT Oscars...

Commanders owner Dan Snyder, 57, ‘is considering selling all or a minority stake of...

Row grows over Tory MP suspected of rape: Man in his 50s told to...