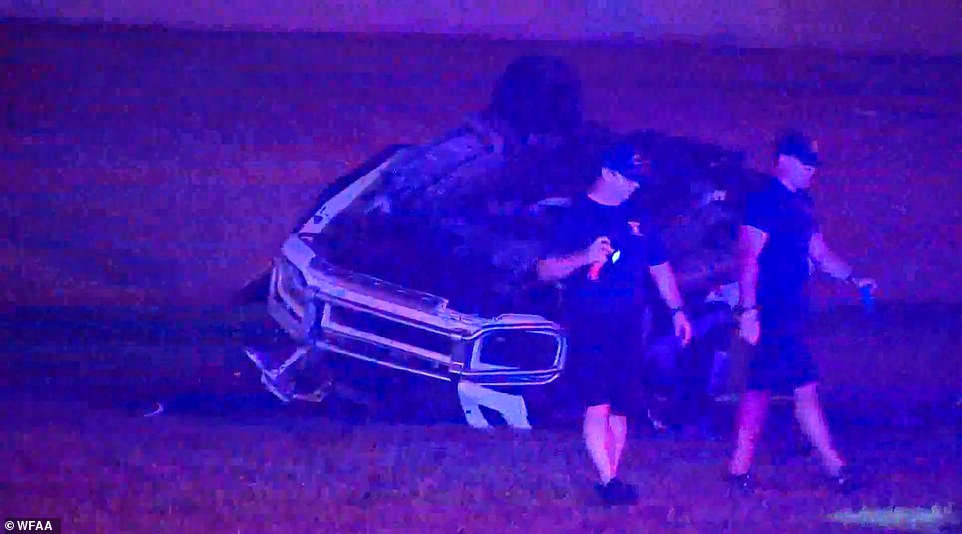 Arizona Cardinals cornerback Jeff Gladney, who died alongside his girlfriend in a horrific car crash in Dallas, Texas, was reportedly behind the wheel and speeding when he lost control of his vehicle, police said.

Dallas County Police said Gladney, 25, was driving in a white Mercedes SUV with his girlfriend, Andrea Mercedes Palacio, 26, when he clipped another car from behind at around 2:30am Monday morning, Fox 4 reported.

The SUV then smashed into a pillar, killing Gladney, who is survived by a two-year-old son from a previous relationship, and Palacios. The two unidentified passengers in the other car did not suffer any major injury, according to police.

Images of the aftermath show the mangled car flipped upside down beside the pillar it struck, with tires and pieces of the SUV littered everywhere.

No information has been given about whether or not Gladney – who was let go by the Minnesota Vikings in 2021 after being accused of ‘intentionally, knowingly and recklessly’ applying pressure to an ex-girlfriend’s neck and throat – was under the influence of drugs or alcohol at the time of the crash. 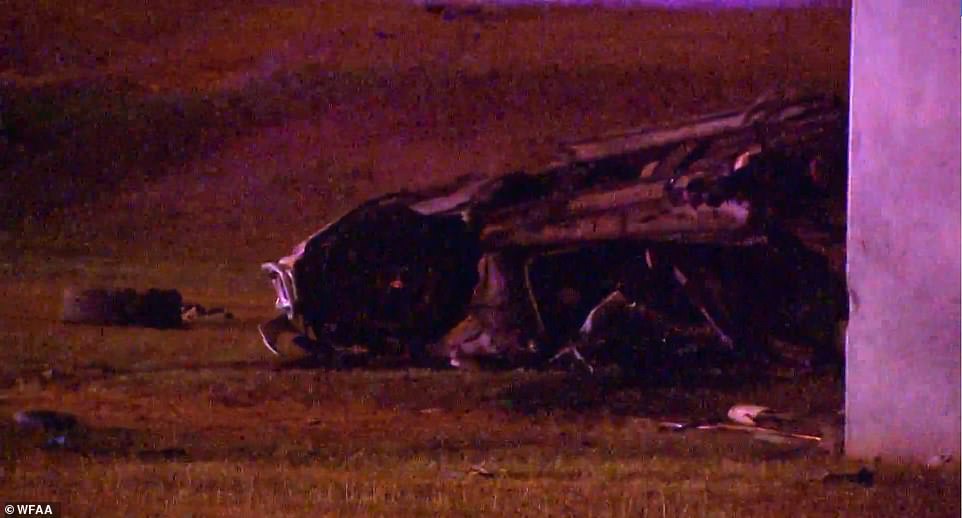 Officials believe Gladney was speeding when he clipped another car from behind and lost control of his vehicle. The car slammed against a pillar and flipped upside down, killing Gladney and Palacio 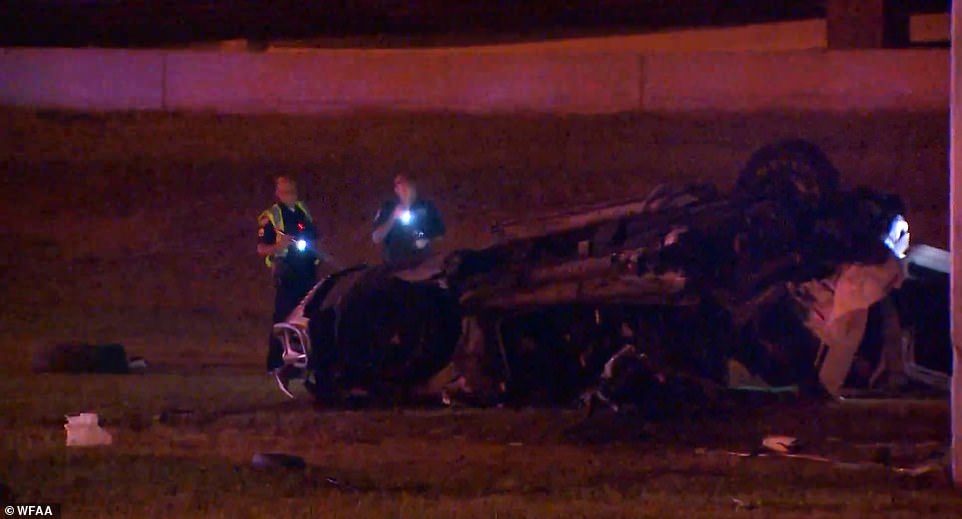 The aftermath shows the mangled car, with tires and pieces of the SUV littered everywhere 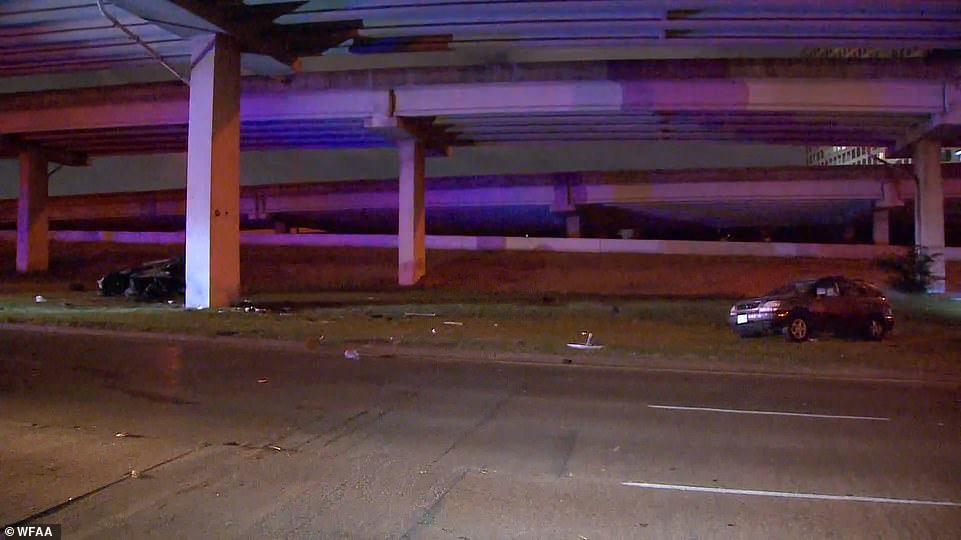 The two unidentified passengers in the other car did not suffer any major injury, according to police 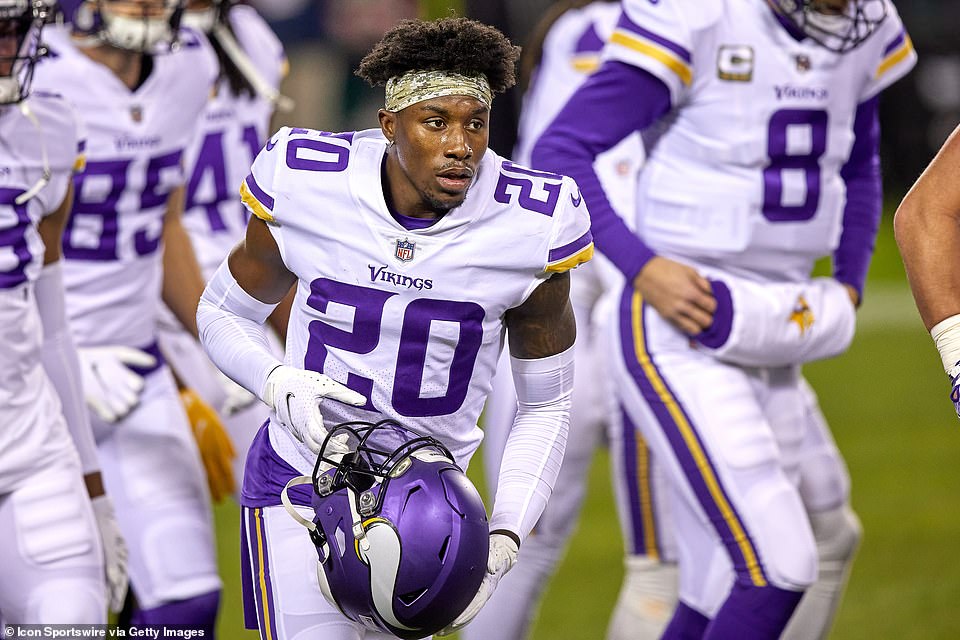 Gladney had recently signed with the Arizona Cardinals after being let go from the Minnesota Vikings in 2021 after being accused of ‘intentionally, knowingly and recklessly’ applying pressure to an ex-girlfriend’s neck and throat 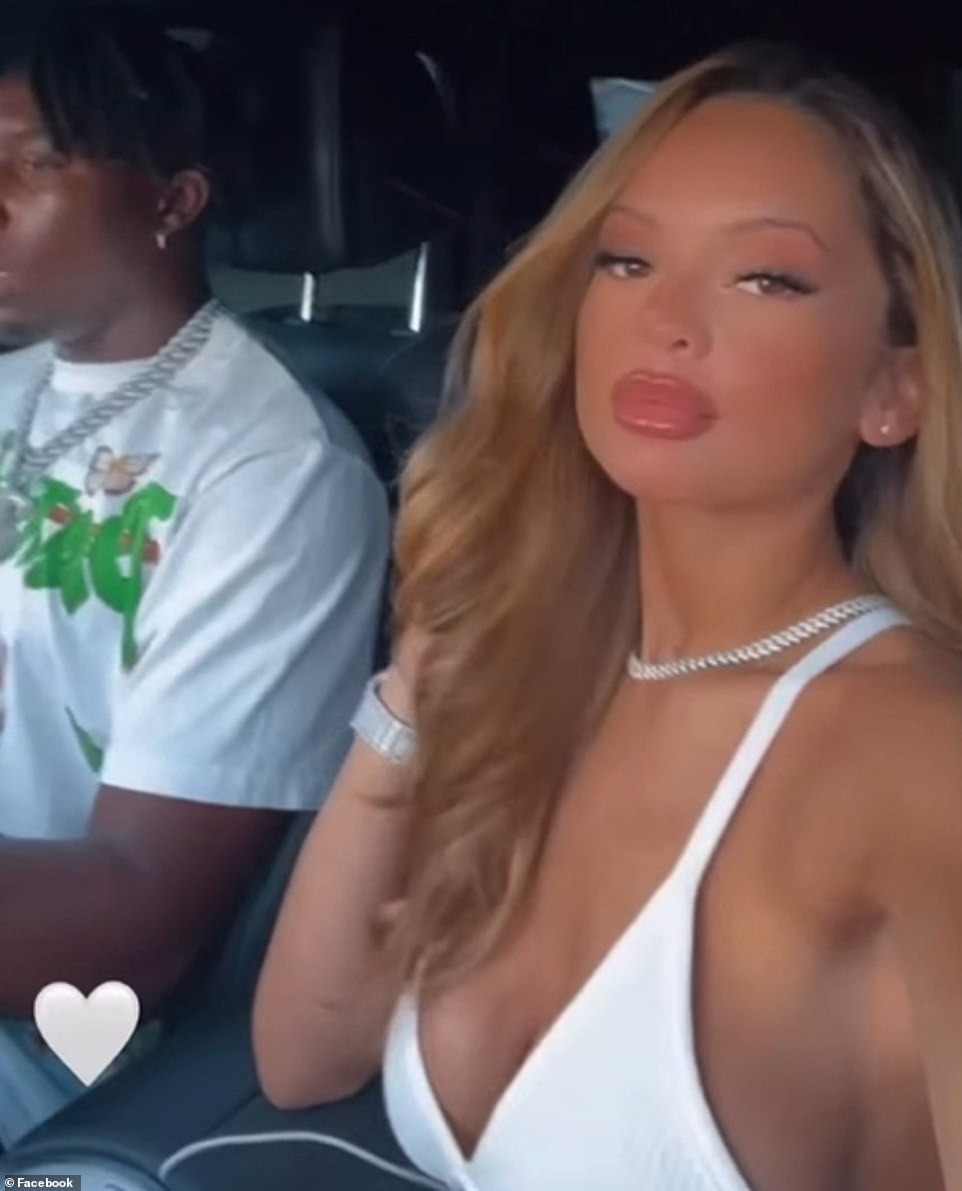 Mercedes Palacios is pictured in a Facebook post alongside Jeff Gladney. The two were in a relationship at the time of Monday’s crash, that claimed both their lives

Dallas County police and Palacios’ family confirmed that she was the woman who died alongside Gladney following Monday morning’s collision.

Palacios shared a photo on her Instagram of herself cuddling up to Gladney during a recent holiday in Miami, with the NFL star’s distinctive ‘Interstate 30’ tattoo clearly visible on his left arm. Various other reporters have identified her as Gladney’s girlfriend.

A video shared online by grieving family members shows Palacios riding in a car next to Gladney, who is driving, although it is unclear if the photo was taken on the evening of their deaths.

Gladney and Palacios both made separate posts during a recent break to Miami together, with the couple’s vacation only confirmed by a shot of them taking a bath together 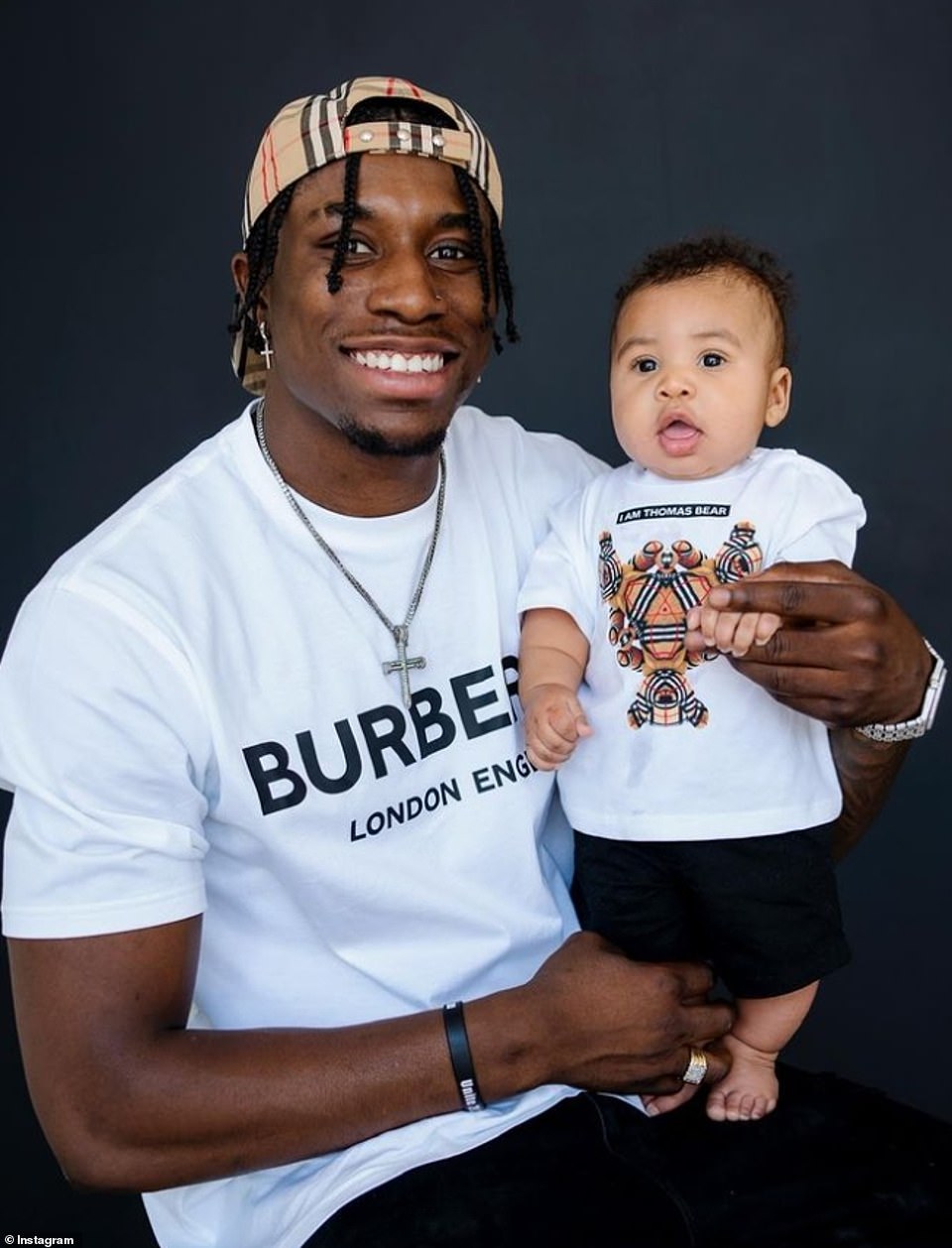 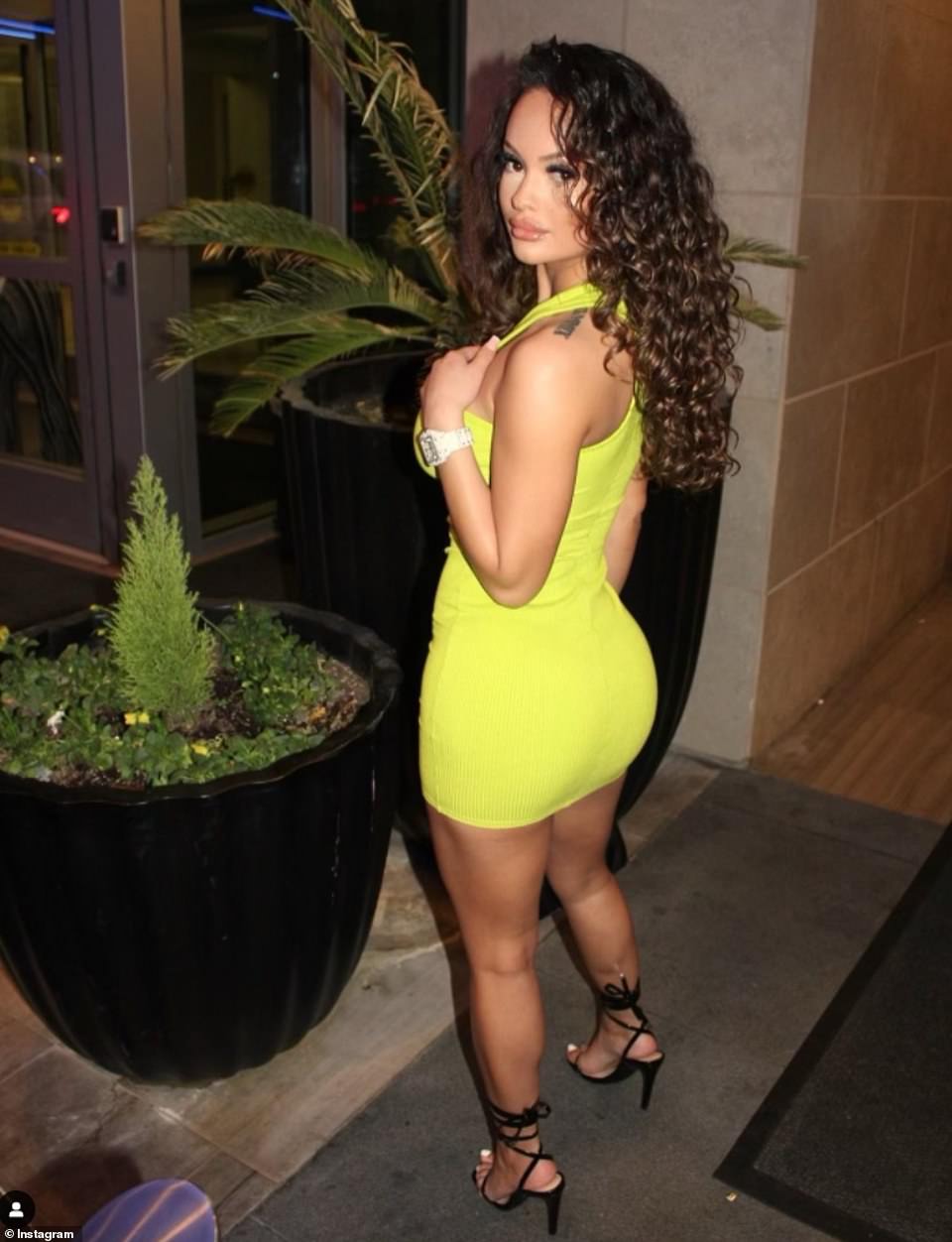 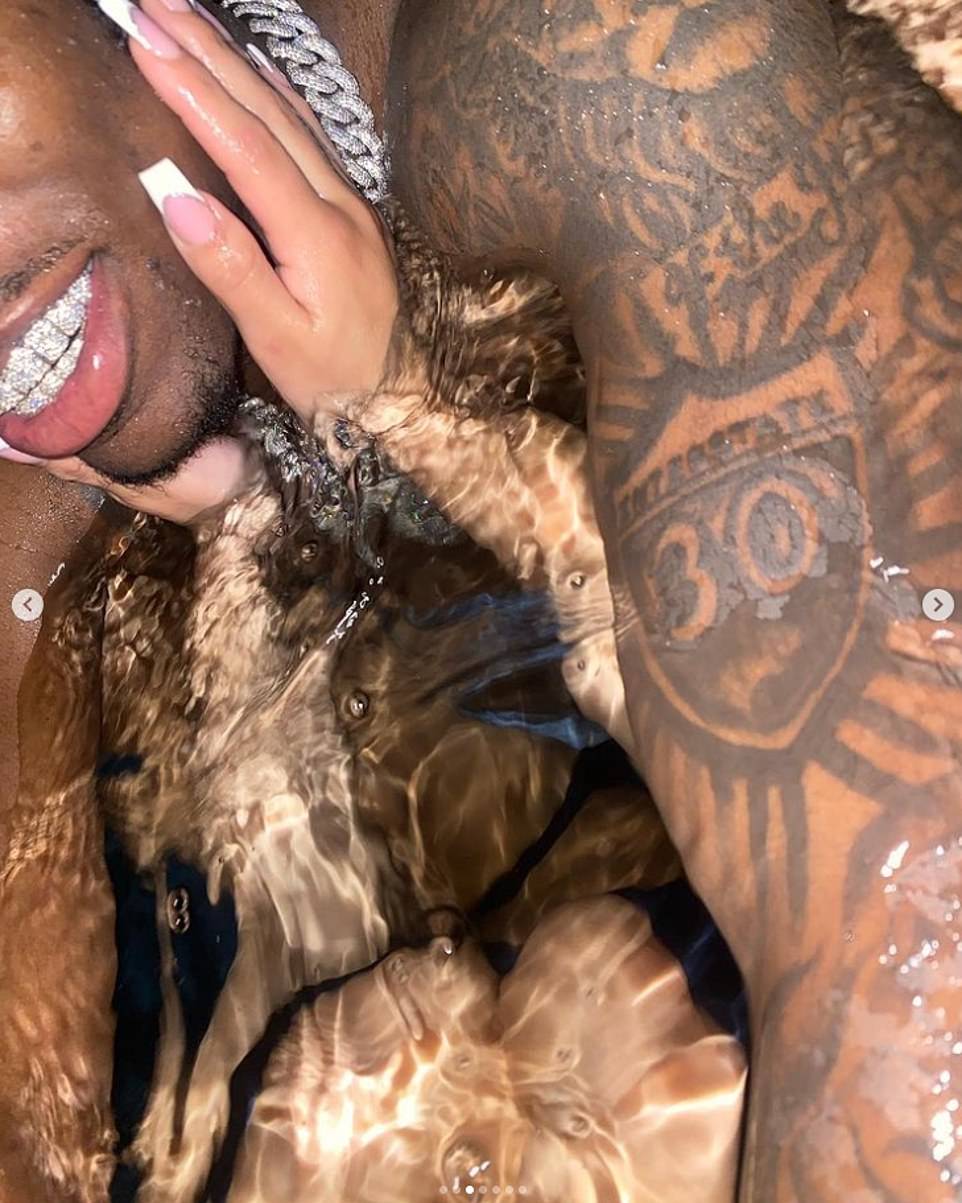 Palacios posted a photo of herself cuddling up to Gladney during a recent vacation to Miami, with the star’s distinctive Interstate 30 tattoo clearly visible on his left arm 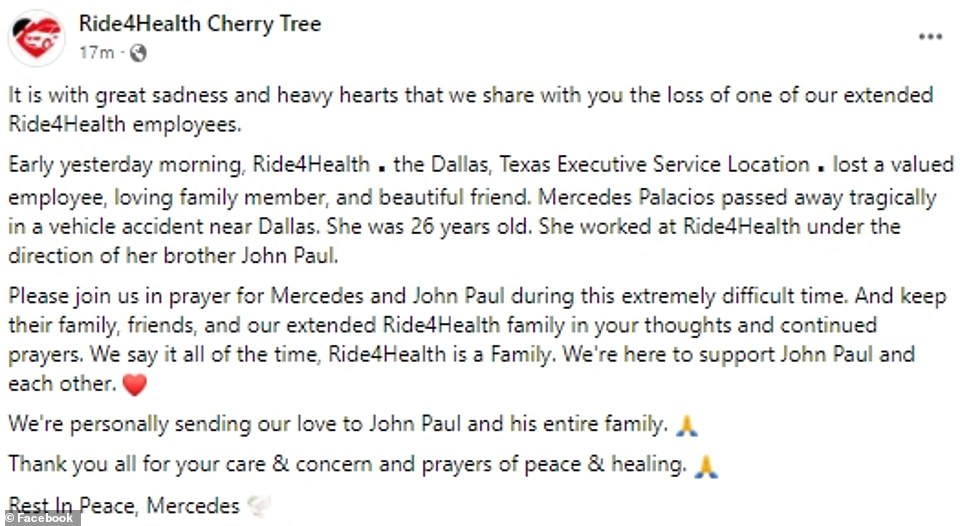 Mercedes Palacios was honored on Facebook by Ride4Health Cherry Tree

Palacios worked for a software and transportation firm Ride4Health alongside her brother John Paul.

The company paid tribute to Palacios in a statement on Facebook: ‘It is with great sadness and heavy hearts that we share with you the loss of one of our extended Ride4Health employees. Early yesterday morning, Ride4Health ▪︎ the Dallas, Texas Executive Service Location  lost a valued employee, loving family member, and beautiful friend.

‘Mercedes Palacios passed away tragically in a vehicle accident near Dallas. She was 26 years old. She worked at Ride4Health under the direction of her brother John Paul.

‘Please join us in prayer for Mercedes and John Paul during this extremely difficult time. And keep their family, friends, and our extended Ride4Health family in your thoughts and continued prayers. We say it all of the time, Ride4Health is a Family. We’re here to support John Paul and each other. ❤

‘We’re personally sending our love to John Paul and his entire family.

‘Thank you all for your care & concern and prayers of peace & healing. 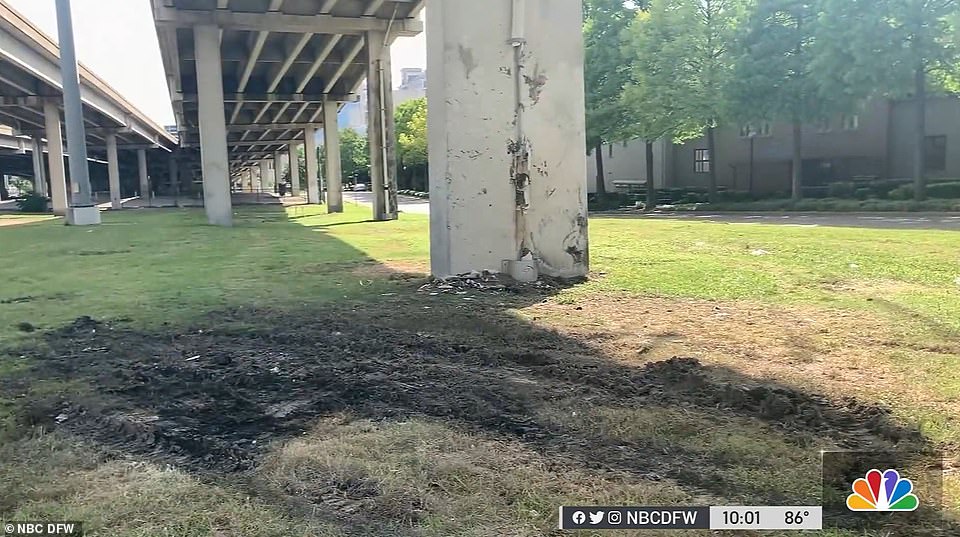 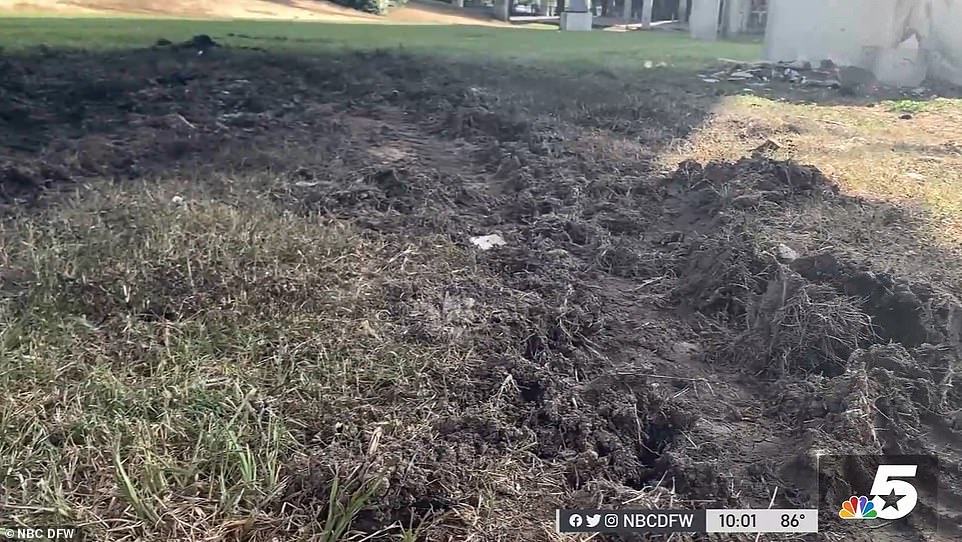 The Dallas County Sheriff’s Department released more information about Monday’s car crash on Tuesday morning, stating that a white Mercedes SUV was speeding when it clipped another car from behind. The SUV lost control and ran into a freeway pier beam killing Gladney and Palacios.

‘The crash involved 2 vehicles,’ read a statement from police provided to DailyMail.com.

‘Preliminary info indicates the white vehicle was speeding and clipped the second vehicle from behind. The white vehicle lost control and struck the pier beam of the Woodall Rogers Freeway.

‘The second vehicle was occupied by two occupants and they were not injured.

‘The WB Woodall Rogers Freeway service road at Allen Street was blocked for the accident investigation.’

Police are expected to release more details on Tuesday. 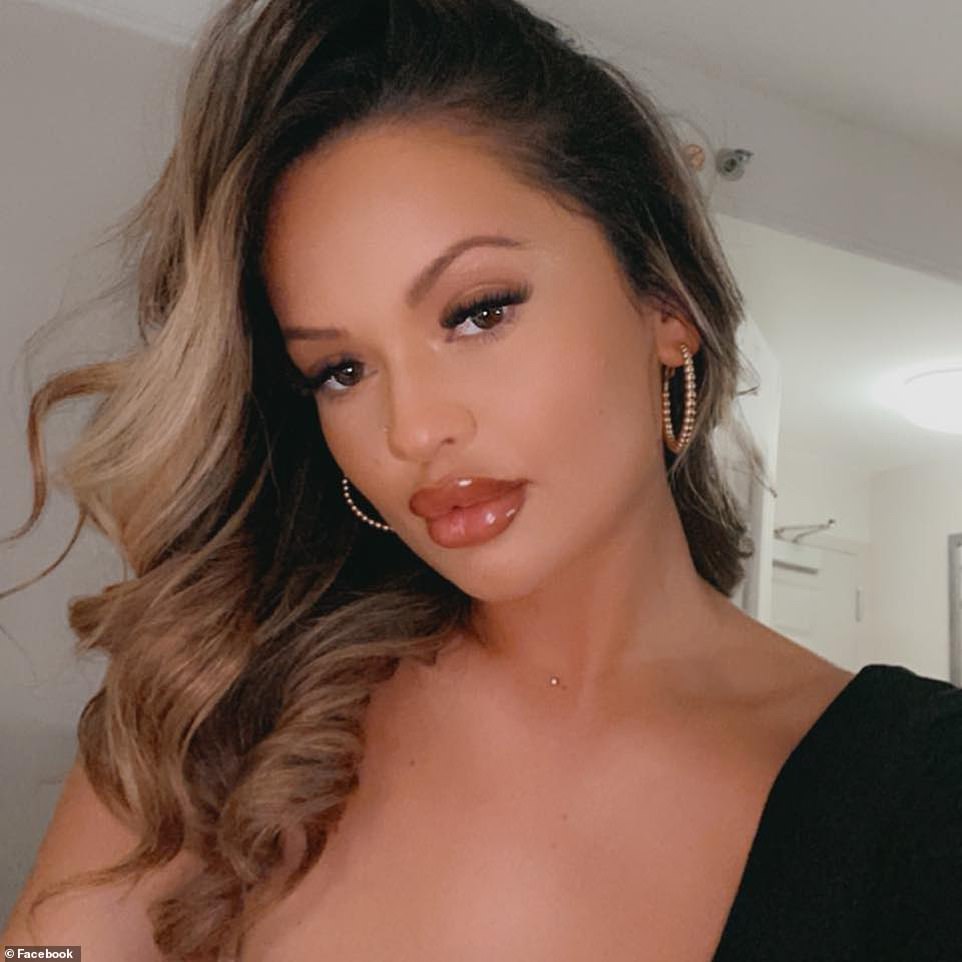 Palacios’s brother, John, described her as ‘a loving, selfless person’ in an interview with NBC

Gladney’s agent and the Cardinals both reacted to his death Monday.

‘We are devastated to learn of Jeff Gladney’s passing,’ read a Cardinals statement. ‘Our hearts go out to his family, friends and all who are mourning this tremendous loss.’

‘We are asking prayers for the family and privacy at this most difficult time,’ agent Brian Overstreet said.

In its statement, the NFL described Gladney’s death was a ‘tragic loss.’

Gladney was a standout at TCU before being taken by the Minnesota Vikings in the first round of the 2020 NFL Draft. He appeared in 16 games as a rookie, but was released in 2021 when he was charged for assaulting a woman.

He was later acquitted on that charge, and subsequently signed with the Cardinals.

High-end Mercedes C and E-class cars recalled as their airbags could explode and kill...

Laura Byrne marvels at chip differences between the UK and Australia

Devastated family plead for loved ones to check their bowel movements after mum dies...

American millionaire who said watch stolen by Barcelona mugger was $800K is accused of...