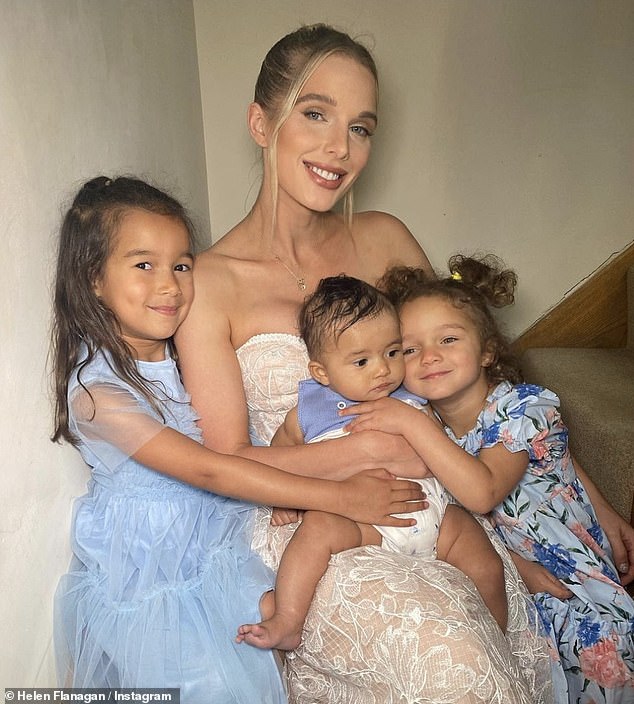 By Bethan Edwards For Mailonline

Helen Flanagan has revealed that all three of her children are ill with scarlet fever after cases of the infection skyrocketed in the north west of England.

Scarlet fever is a contagious infection that mostly affects young children but is easily treated with antibiotics.

Under the weather: Helen Flanagan revealed that all three of her children – Matilda, six, Delilah, three, and son Charlie, 13 months – are ill with scarlet fever 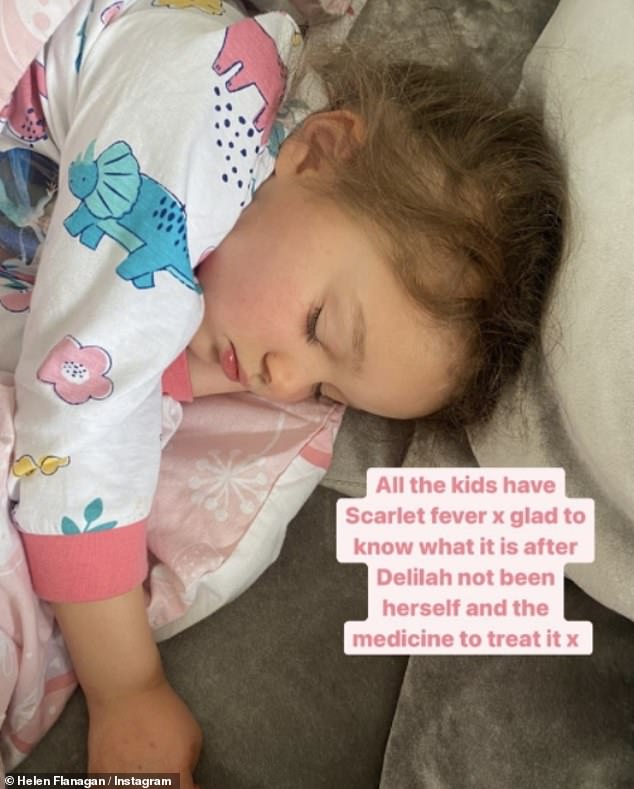 Poorly: Taking to Instagram on Monday, Helen shared a snap of Delilah napping on the sofa while she battled with the infection

A main symptom of scarlet fever is a rash of small, raised spots while some also suffer with flu-like symptoms, including a high temperature, a sore throat and swollen neck glands.

Taking to Instagram on Monday, Helen shared a snap of Delilah napping on the sofa while she battled with the infection.

She penned: ‘All the kids have Scarlet Fever. Glad to know what it is after Delilah not been herself and the medicine to treat it.’ 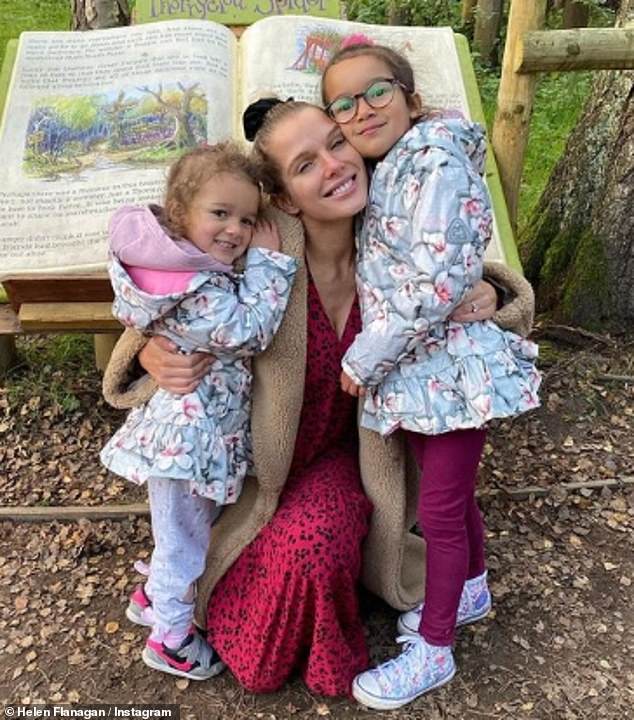 Helen told fans: ‘All the kids have Scarlet Fever. Glad to know what it is after Delilah not been herself and the medicine to treat it’

Parents have been warned to be on their guard for chickenpox and scarlet fever as cases rise among children across the country.

The UK Health Security Agency (UKHSA) issued the warning to parents after nearly 3,500 cases of scarlet fever were reported between September 2021 and March 2022 in England.

One school in Manchester was forced to send a letter to parents following an outbreak of the virus, prompting the UKHSA to monitor infection rates in the north west.

What is scarlet fever?

The news about Helen’s children falling ill follows after she attended Ladies Day at Aintree on Friday with her mum, Julia.

The actress looked chic in a classic brown wrap dress from Never Fully Dressed while at the iconic horse racing event in Liverpool.

Helen carried her belongings in a soft pink suede Dior handbag and accessorised with a netted fascinator in a similar shade.

The soap star boosted her height with a sparkling pair of strappy gold stilettos and completed her look with a gold wristwatch and a pretty pink manicure.

She strolled around in silver heels, and held a beaded white clutch bag in her hand, while tying everything together with a bold blue fascinator. 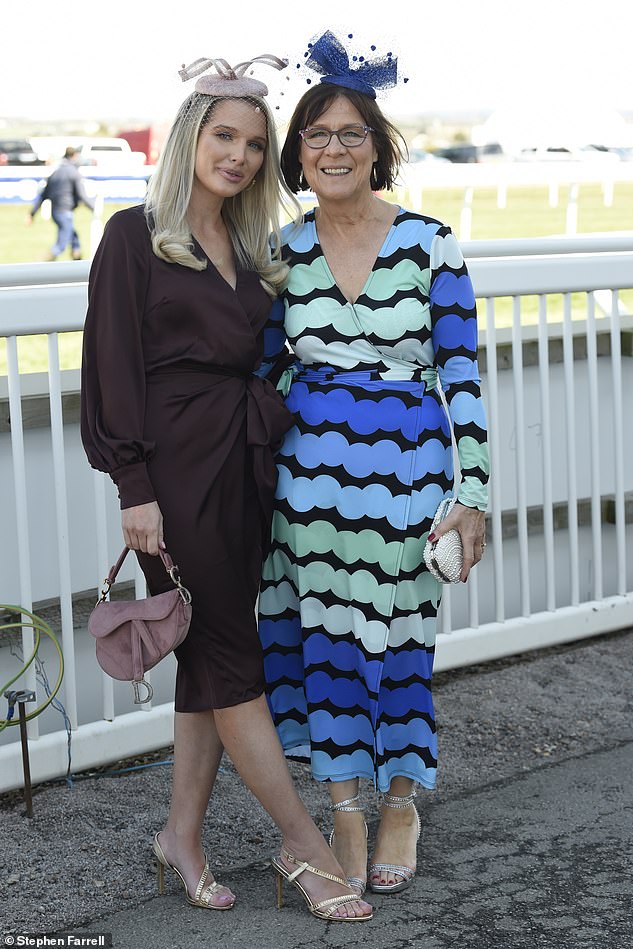 Mum and daughter day: On Friday, Helen looked chic in a classic brown wrap dress as she enjoyed Ladies Day at Aintree with her glamorous mum Julia

Belgian malinois save her owner from mountain lion attack that left the pet with...