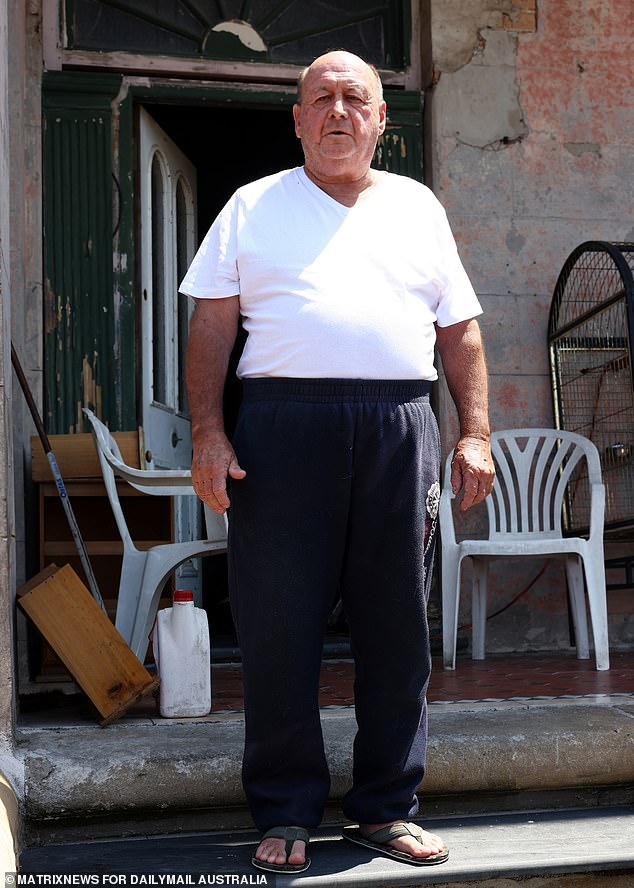 Guy Sebastian has been branded ‘not a nice guy’ by his elderly neighbour after a decade-long street battle exploded and landed them both in court.

Phillip Hanslow – who now lives in a semi-derelict home – faces stalking and property damage charges after years of rising tensions came to a head on Monday.

The former builder is said to have confronted Sebastian, allegedly made death threats against the multi-millionaire singer and is accused of kicking down his fence. 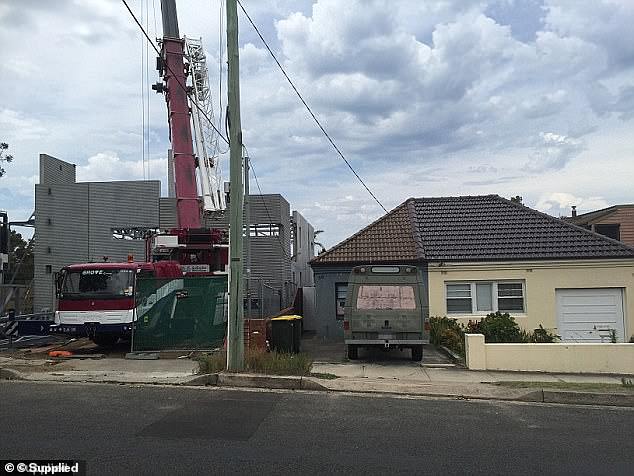 The bitter row began in 2013 when guy Sebastian, 41, and wife Jules Egan, 43, bought a property in Maroubra in Sydney’s Eastern Suburbs and demolished it to build a new one

Police have now taken out an apprehended violence order against Mr Hanslow on Sebastian’s behalf, banning him from contacting the singer or setting foot on his property.

On Wednesday, Mr Hanslow, 66, told Daily Mail Australia the singer was ‘not a nice guy’, but added: ‘I’m seeking legal advice – that’s all I can say at the moment.’

The bitter row began in 2013 when Sebastian, 41, and wife Jules Egan, 43, bought a property in Maroubra in Sydney’s Eastern Suburbs for $3.1million.

But when they demolished it to build their sprawling new dream home, it triggered the epic feud between the Sebastians and Mr Hanslow. 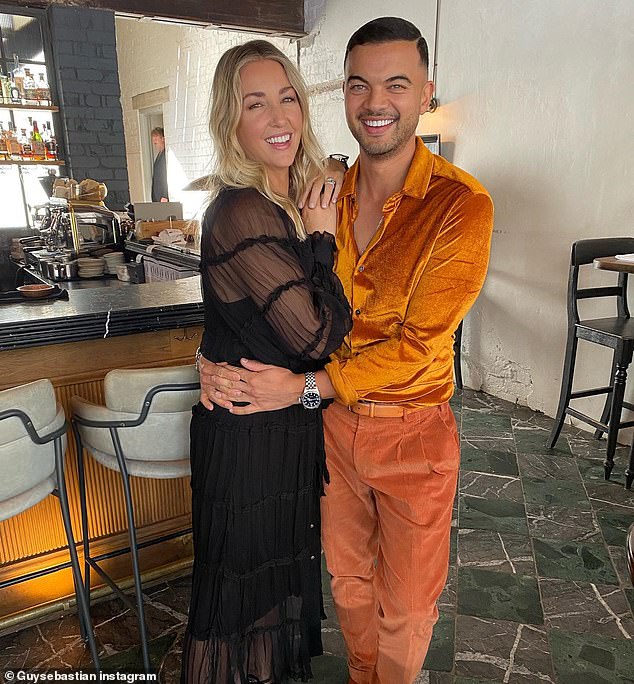 Guy Sebastian and wife Jules Egan built a ‘fortress-like’ dream home at the site, butting up tot he edge of Mr Hanslow’s property 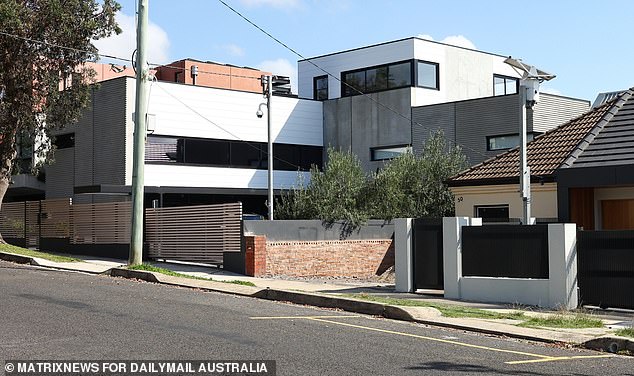 Mr Hanslow claimed debris from the demolition damaged his home when a ‘brick missile’ smashed into an outside wall, narrowly missing his lounge window and his terminally-ill wife Carole, who was watching TV inside.

And he slammed the final design of the Sebastian’s new home as an ugly fortress for its imposing and windowless frontage, butting right up to the edge of his home.

Mr Hanslow has now been driven out of the home, which he still owns, and now lives in a rundown dilapidated property in Carlton with his sick wife and their pet bird, Boo Boo.

But the former builder, who was forced to retire with fibromyalgia, still returns to his Maroubra home to work on renovations.

It is understood he allegedly confronted Sebastian on Monday when he is accused of making the death threats and damaging the fence. 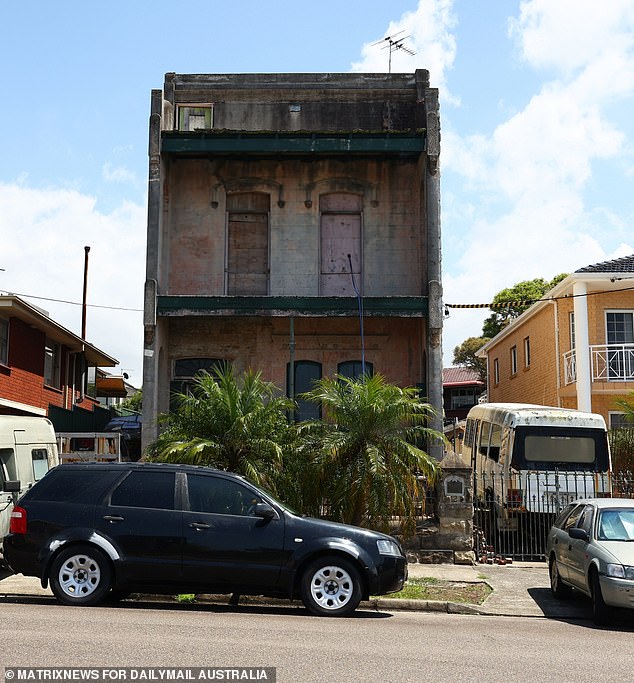 Another resident witnessed the alleged incident and called police who charged Mr Hanslow with stalking with intent to cause physical harm and damaging property.

He will face Waverley Local Court on February 2.

Locals in the ritzy street say Mr Hanslow is a well-known character on the street.

They confirmed Mr Hanslow no longer lives in the neighbouring house, but visits the property most days to do his own construction work.

A builder working on a home nearby revealed: ‘He was whingeing about the house that had some stuff out on the other side, saying, “This has been going on for years”.’ 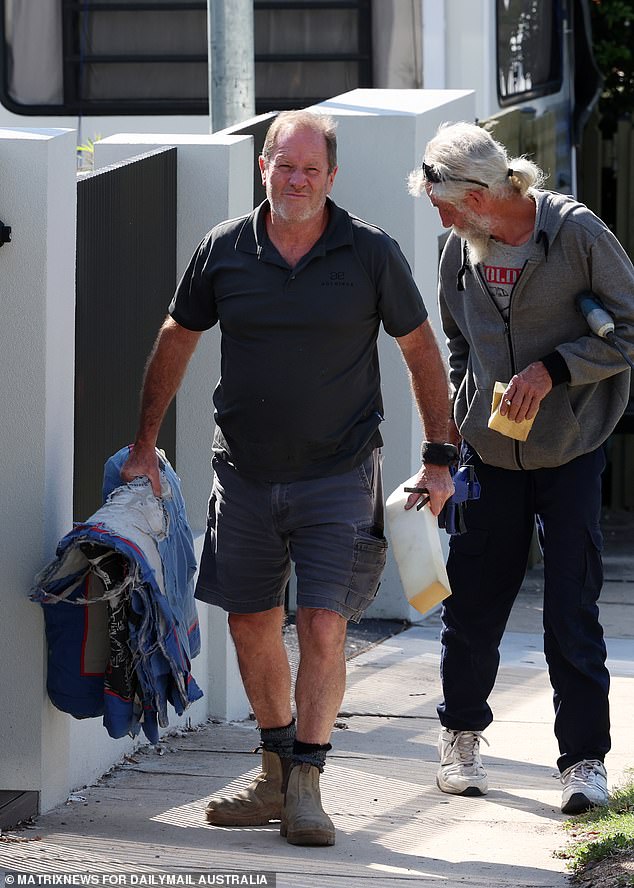 Mr Hanslow vowed to move out five years ago after he said two years of demolition work and the construction of the Sebastians’ home was causing havoc.

He claimed his driveway was regularly blocked and the building work was going on into the night.

SafeWork NSW was called in to investigate the damage to his home and confirmed a brick fell from a truck taking away demolition debris, with the firm ordered to load up elsewhere.

‘It was dangerous, if it had been that much lower it would have gone straight through (the window),’ Mr Hanslow told Daily Mail Australia in 2017. 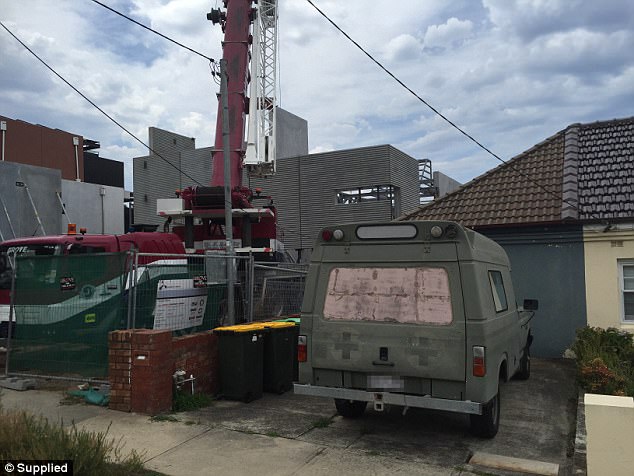 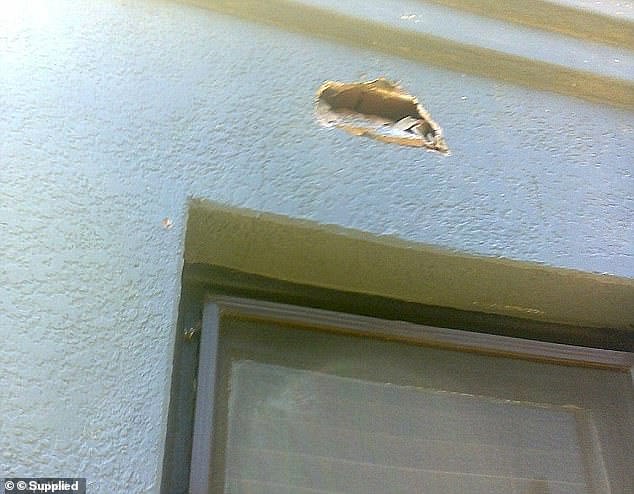 Phillip Hanslow claimed debris from the demolition damaged his home, narrowly missing his lounge window and his terminally-ill wife watching TV inside

‘My wife was sitting right inside that window watching television.’

He said his wife was shaking when he returned that day and he had had tried to speak directly to Sebastian to resolve issues in 2017 but discussions had broken down.

‘He’s got a lot of money and we’re only little people,’ he said at the time. ‘He’s not building a house, he’s building a fortress.’

Sebastian hit back at his neighbour in 2018 and claimed Mr Hanslow’s dog had bitten him when he tried to discuss the problems.

‘I’ve got one of those neighbours…he’s a bit filthy at everyone,’ Sebastian told a radio show.

‘He’s one of those guys on the street that sits out the front screwing his eyes up at everyone. 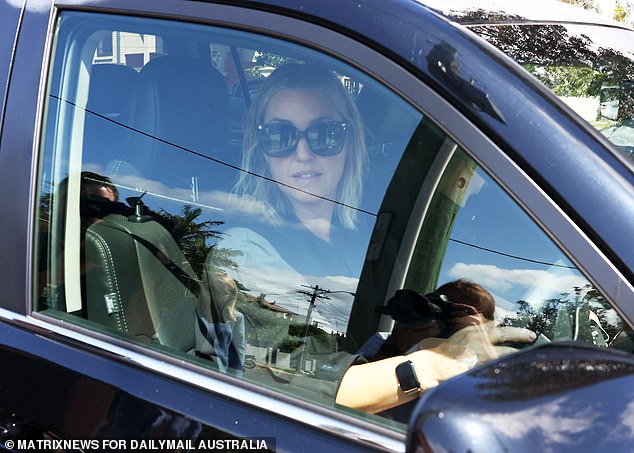 Sebastian and his wife later left the home separately in matching Toyota Prado Landcruisers worth $142,000, loaned to the couple in a brand endorsement deal

‘While I’m taking to him, his dog comes up and bites me – twice. And I still kept the peace, saying, ‘It’s all good’. And my leg’s bleeding…’

On Wednesday,  Sebastian wasn’t commenting on the latest developments.

A male voice answering the intercom at his home told Daily Mail Australia it was a ‘private’ matter and ‘has already been reported’.

Sebastian and his wife later left the home separately in matching Toyota Prado Landcruisers worth $142,000, loaned to the couple in a brand endorsement deal.

Inside the singer’s dream home

Guy Sebastian’s lavish four-bedroom, three-storey home in Maroubra is dominated by a grand piano in the U-shaped central foyer amphitheatre.

Its stark exterior is specifically designed to have minimal windows at the front to protect the privacy of the singer, his wife Jules Egan and their two children.

But inside, it’s a breathtaking millionaire’s paradise, with a stunning pure white spiral staircase curving up beside the piano through a 9m void to the first floor.

It contrasts with the eggshell grey finish of the polished concrete floor and walls which flow throughout the building. 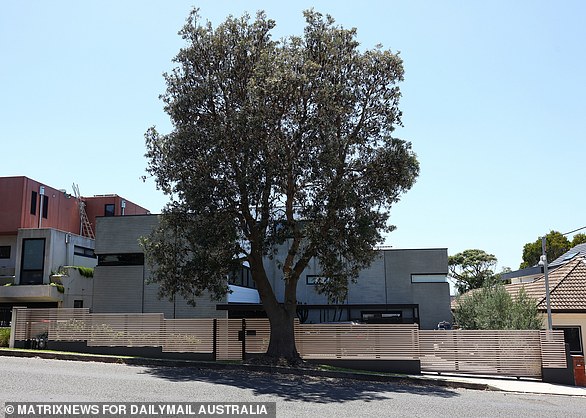 The stark exterior is specifically designed to have minimal windows at the front to protect the privacy of the singer, his wife Jules Egan and their two children

The kitchen is a minimalist blend of corrugated grey concrete and jet black finishes, with large portrait windows looking out on manicured gardens, alongside the airy main living room.

But upstairs, as well as the main bedroom with a ‘generous’ walk-in and children’s bedrooms, is a fully-featured recording studio.

And on the top floor is a ‘cigar room’ – a gentleman’s club-like retreat for the singer with traditional wood-panelled walls, parquet flooring, armchairs, divans and lead-crystal whisky decanters.

‘We didn’t grow up in houses like this,’  Sebastian told Homes To Love. ‘Every day, we look at each other and say, “Why is this us?”

‘But there is beauty in feeling like an alien in your own space. You never fail to appreciate it.’

Wife Jules added: ‘It’s somewhere that you can raise children, invite friends and family. This is our home, beautiful and perfect.’

Julia Bradbury reveals that she had to hide her cancer diagnosis from colleagues the...