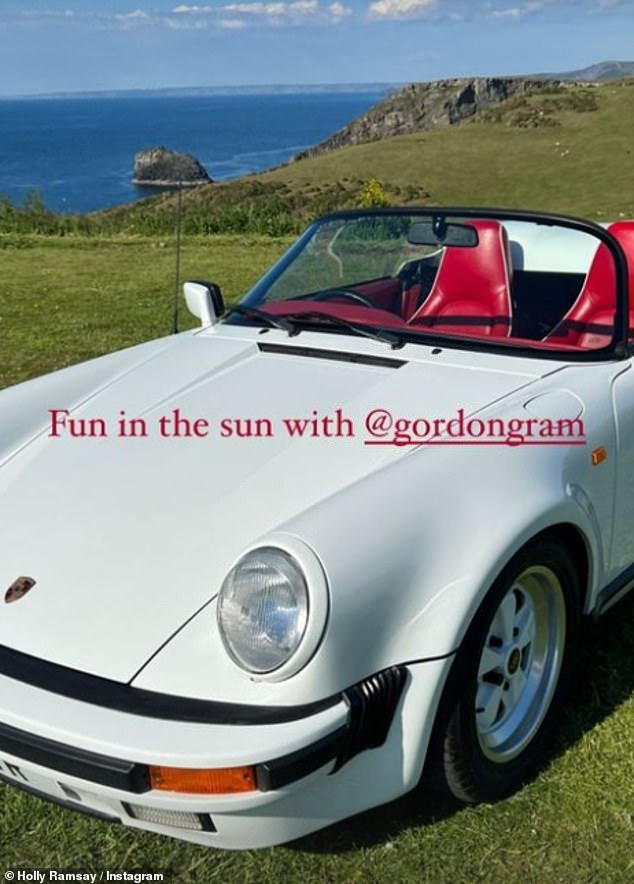 Gordon Ramsay made the most of his bank holiday weekend on Friday after venturing out for a drive through picturesque Cornwall with daughter Holly.

The celebrity chef, 55, shared Instagram videos of the pair as they navigated the coastal roads close to his £4.4million holiday home, used by the family after they escaped London at the height of the coronavirus pandemic.

Ramsay has been a divisive presence in Cornwall since fleeing the capital for the refuge of his alternative property, not least because of his apparent flouting of national lockdown policies as COVID-19 crippled the UK.

Fun in the sun: Gordon Ramsay made the most of his bank holiday weekend on Friday after venturing out for a drive through picturesque Cornwall with daughter Holly

But he appeared to be nonplussed by any assumed transgressions while taking to the narrow, tree lined roads on the second day of this Platinum Jubilee celebration.

Ramsay was in the driving seat of a smart white Porsche as he put foot to pedal, the roof down and daughter Holly, 22, by his side on another gloriously warm day across England’s south-west.

Holly has previously alerted social media followers of her day out with the fiery TV chef by sharing a shot of the car parked close to the Cornish coastline, with the caption: ‘Fun in the sun.’ 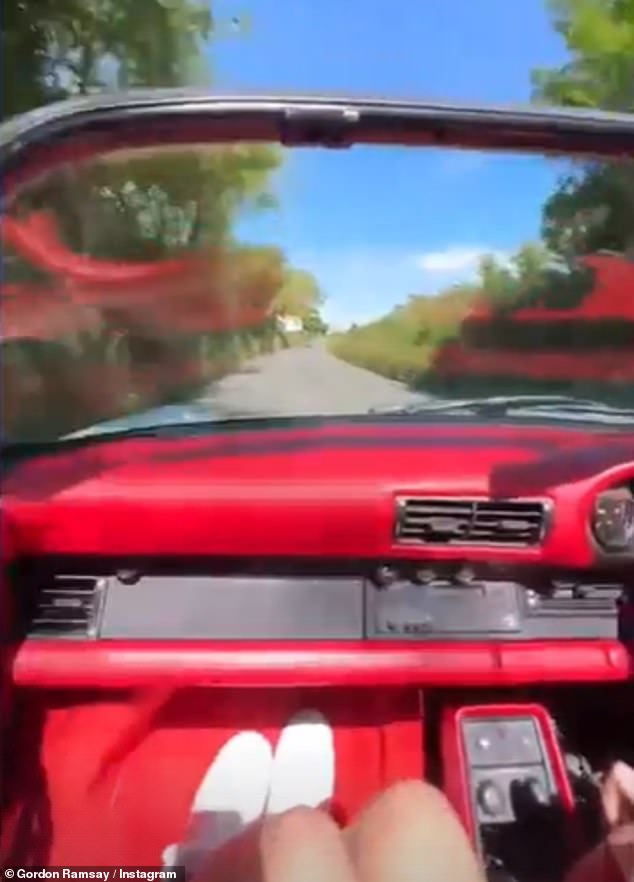 Here we go: The celebrity chef shared Instagram videos of the pair as they navigated the coastal roads close to his £4.4million holiday home

Ramsay previously admitted he regrets not defending himself after locals criticised the family for relocating to their seaside home from London during the first COVID lockdown in 2020.

But the family came under fire from locals who accused them of flouting government rules at the time and ‘bringing the virus from London’. 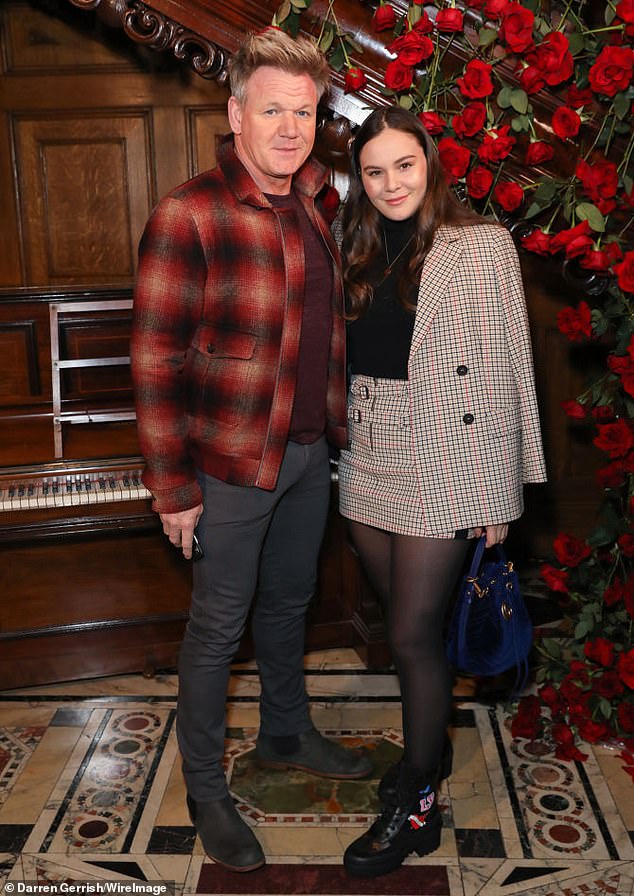 Close: Ramsay with daughter Holly, who shared videos of their country drive on Friday

In an interview with Radio Times, Gordon admitted he is still baffled as to why they were criticised so heavily.

He said: ‘God knows why we took so much s**t from the Cornish. We lived down there; we just hadn’t been down there for a long time.’

‘We didn’t sneak down there at all. We got there at an appropriate time, and had an absolutely amazing time.’

The successful chef and TV star added that he relished the quality time with his family during lockdown, explaining: ‘A time like that – we’ll never get back again.

‘When the kids started disappearing again, I didn’t want it to end – as a dad, not a chef.’ 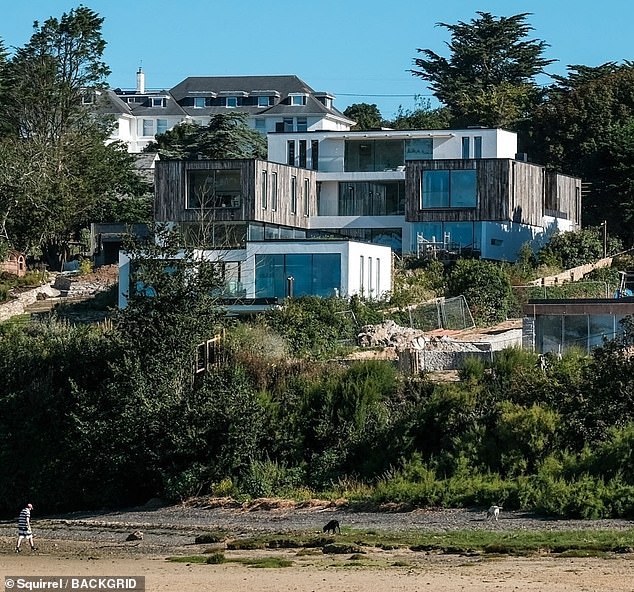 By the coast: The chef says he regrets not defending himself after neighbours in Cornwall criticised him and his family for relocating to their seaside home (pictured) during lockdown

Carrie Bickmore announces she is leaving The Project