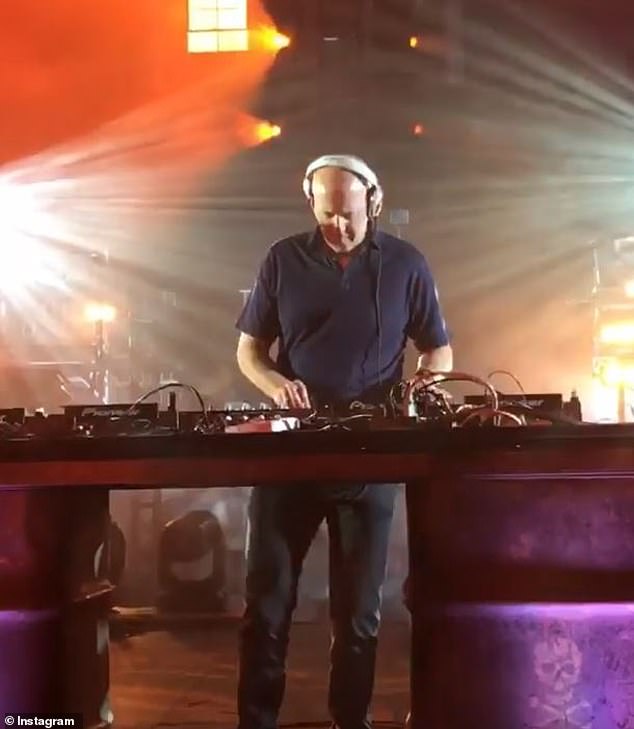 Goldman Sachs’ chief executive is being offered a $30 million bonus and the chief operating office $20 million, in a move which a shareholder advisory firm has called ‘excessive’.

David Solomon, the CEO, and John Waldron, COO, will have their one-time bonus either approved or denied by shareholders on April 28.

Glass Lewis, a company which advises shareholders, told them to vote against the massive pay-out, according to a memo obtained by The Financial Times.

‘We are concerned about special, one-off grants to the CEO and COO,’ said Glass Lewis.

‘Such awards have the potential to undermine the integrity of a company’s regular incentive plans, the link between pay and performance or both.’

David Solomon, the CEO of Goldman Sachs, is in line for a $30 million bonus. He is pictured DJing – a passion he has maintained despite his day job 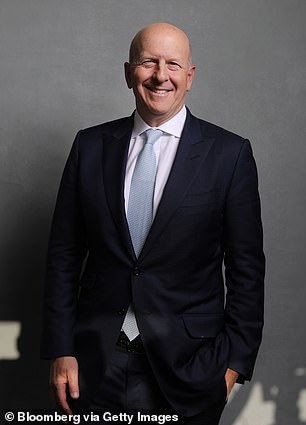 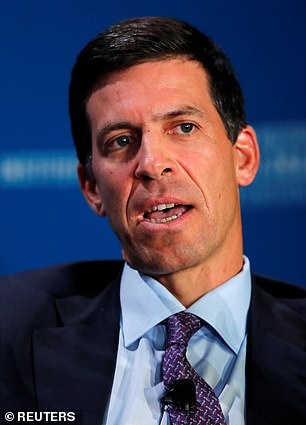 Goldman insisted, The New York Post reported, that the payment will ‘drive long-term shareholder value creation’ and ‘ensure leadership continuity over the next five-plus years.’

The multi-million dollar stock awards will not be paid out until October 2026.

Solomon, 60, receives an annual base salary of $2 million and a variable compensation of $33 million – 70 percent of which is in the form of goal-based stock compensation or restricted stock units.

The compensation is similar to that of his rivals.

Solomon is remarkable among his peers for his sidegig as a DJ.

The New York-born financial titan is playing a set at Chicago’s Lollapalooza festival in July, performing alongside acts like Dua Lipa, Metallica, and J. Cole.

He then founded his own label, Payback Records, and has DJd alongside the likes of Paul Oakenfold and David Guetta.

Asked by dance magazine EDM.com what the biggest misconception was about dance music, he replied: ‘That it’s only for millennials and Gen Z.’ 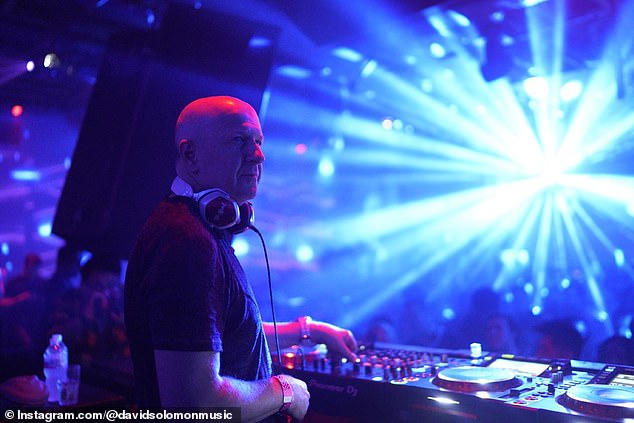 In June, Solomon posted this video to Instagram of him DJing at a party 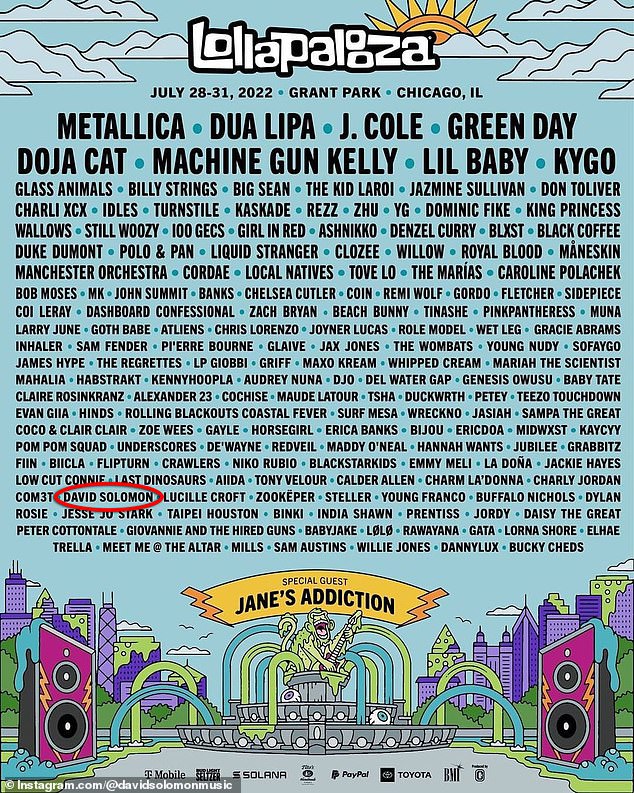 Solomon has DJd at parties in the Bahamas and Hamptons – where he owns homes – and at a Sports Illustrated Super Bowl party in February at Century Park in Los Angeles, attended by Jeff Bezos.

‘He shows up with a backpack, in a T-shirt, jeans, sneakers,’ said Michael Heller, co-founder of Talent Resources Sports, which co-hosted the party alongside Sports Illustrated’s parent company.

‘After dark, he’s a different person, so free-spirited.’

In December, Solomon told a podcast that said his hobby ‘helps him relax’.

‘I have this analytical side of my mind that helps me in my professional career,’ Solomon told The Sound of Success with Nic Harcourt.

‘But I haven’t had a lot of opportunities to stimulate the creative side artistic of my brain, and it makes me feel good.’

Solomon – a divorced father of two adult daughters – is also a fitness fanatic and adrenaline junkie. 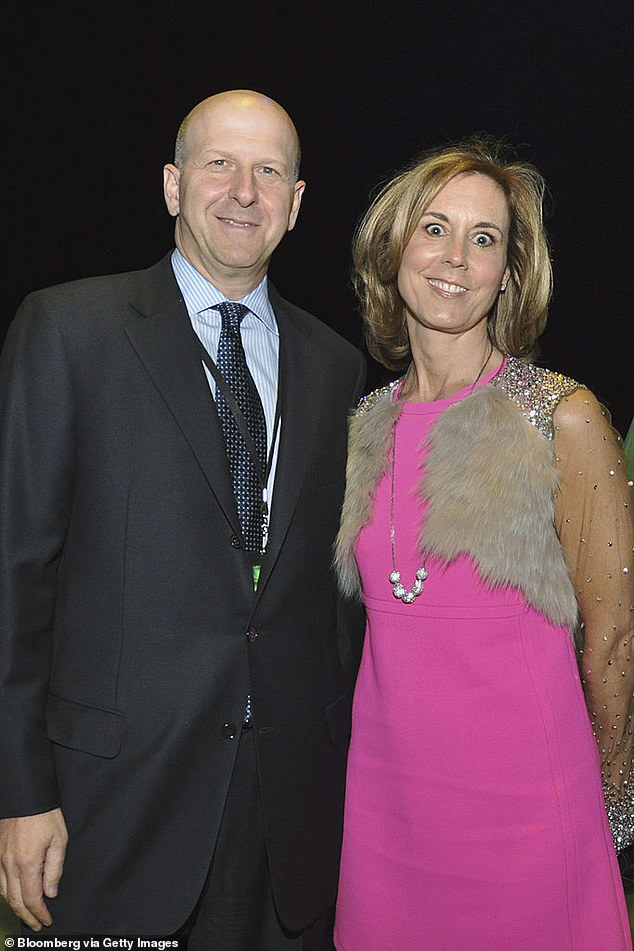 Solomon is pictured with his wife Mary in 2011. The couple divorced in 2018 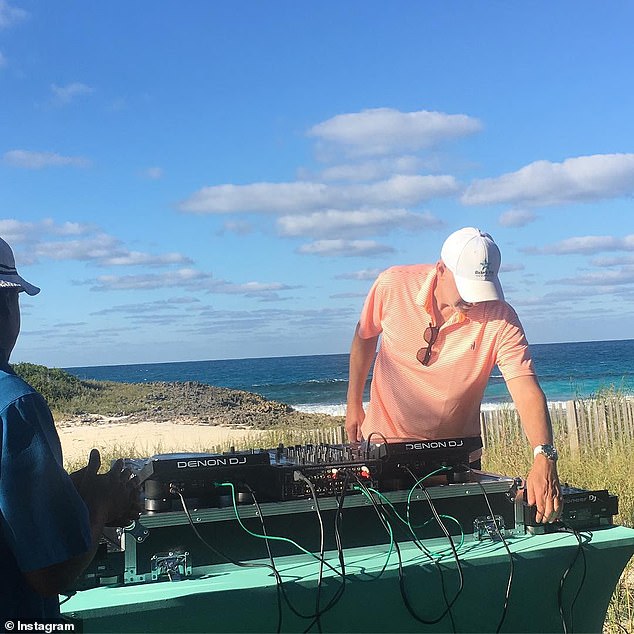 The CEO is pictured DJing in the Bahamas, where he has a home 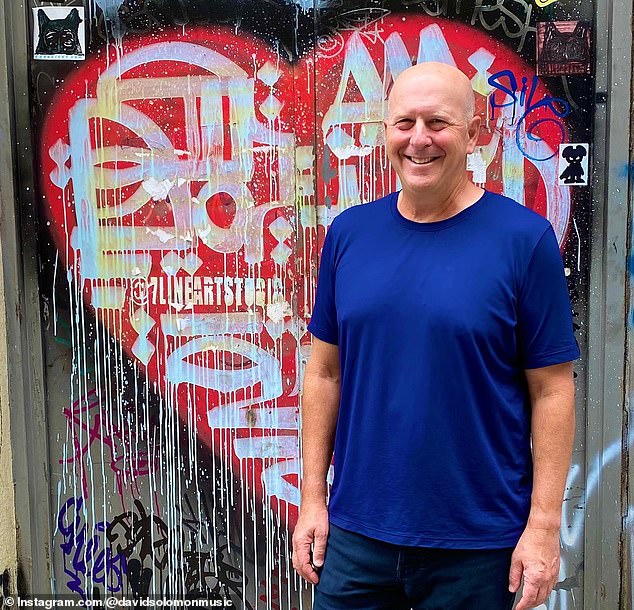 Solomon posted this photo to Instagram in November, captioned: ‘Keep an ear out for the VIP mix of my song “Dreaming feat. SMBDY” on @SXMElectro. Thanks to @ridanaser @geronimobpm for your ongoing support’

‘He cycles. He spins. He runs. He skis. He golfs. He kite-surfs. (He earned his wings at a kite-surfing boot camp on the North Carolina coast.) He scuba-dives. He hikes. He’s in the gym every morning at six with his trainer,’ reported a Vanity Fair profile.

‘He’s been known to walk down the uninterrupted sidewalk on the east side of Central Park West on the weekends, wearing his headset, taking one conference call after another.’

Solomon told the magazine: ‘When I get interested in something, I try to do it at a very, very high level.

Solomon grew up north of New York City, in Westchester – his father owned a small printing business, and his mother sold hearing aids.

The couple had lived since 2002 in The San Remo on the Upper West Side of Manhattan, but the four-bedroom, 5.5-bath apartment with nearly 65 feet of Central Park frontage was sold for $24 million in 2016. 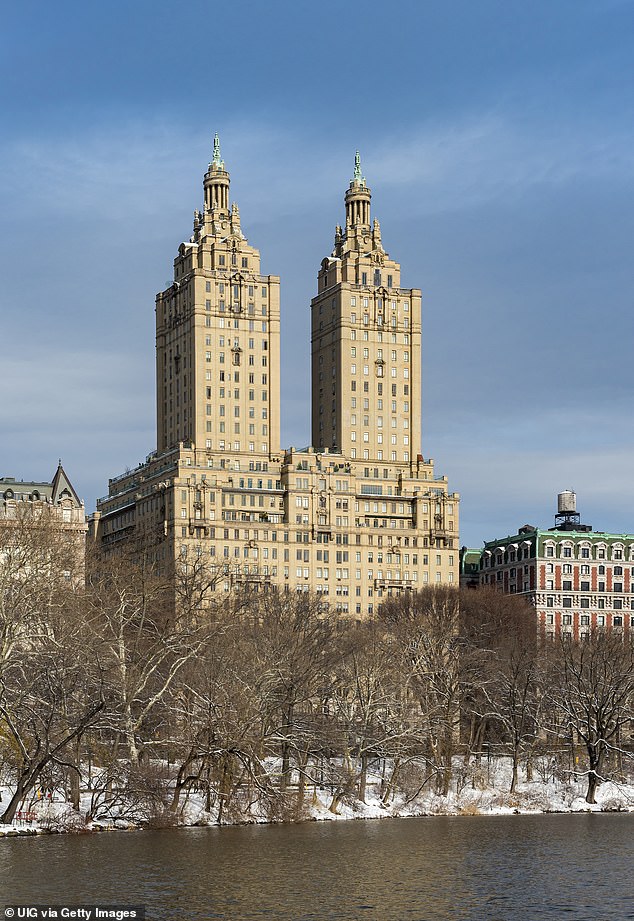 Solomon and his wife lived from 2002-16 in an apartment in the San Remo (pictured), which they sold for $24 million 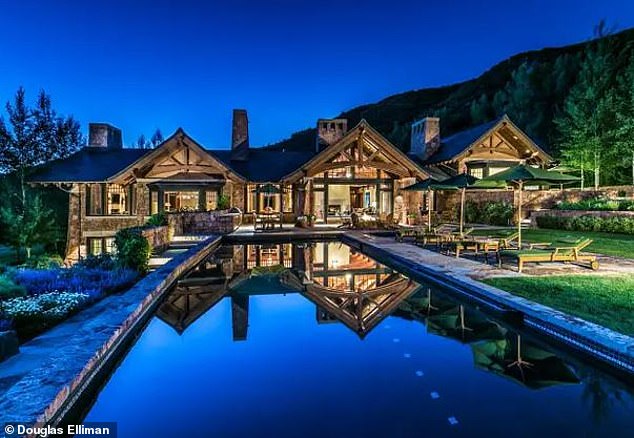 In October, Solomon sold his chalet in the Colorado ski resort of Aspen for $26.5 million 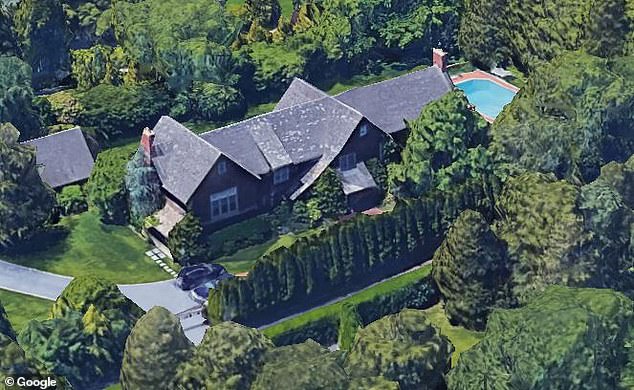 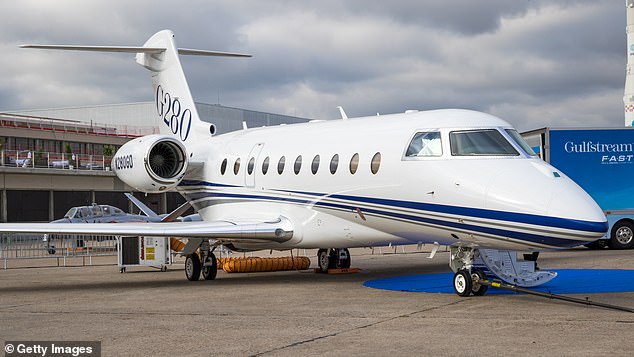 Solomon flies between his properties in his Gulfstream G280 jet, which can be bought new for $25 million

The 12-room property had a formal dining room, library, and a 1,000-bottle climate-controlled wine storage – Solomon is famed for his collection of fine wine.

In October 2018, a former aide accused of stealing $1.2 million worth of wine from Solomon jumped to his death before he could stand trial.

Solomon is now believed to live in a Soho penthouse, which he reportedly bought in 2018 for $13.5 million, and where he hosts Wednesday night dinners.

He also has a mansion in the Hamptons, and a beach house in the Bahamas.

He used to own a chalet in the Colorado ski resort of Aspen, but sold it in October 2020 for $26.5 million.

Solomon flits between his properties in his private Gulfstream jet, with the tails sign ‘WS’, for Wall Street.

But in December 2019 he revealed he still took the subway in New York City.

‘I mean, why wouldn’t you take the subway?’ he told Fortune.

‘No, seriously. It’s quicker and more efficient. You know, the mayor of New York can take the subway. Why can’t the CEO of Goldman Sachs?’