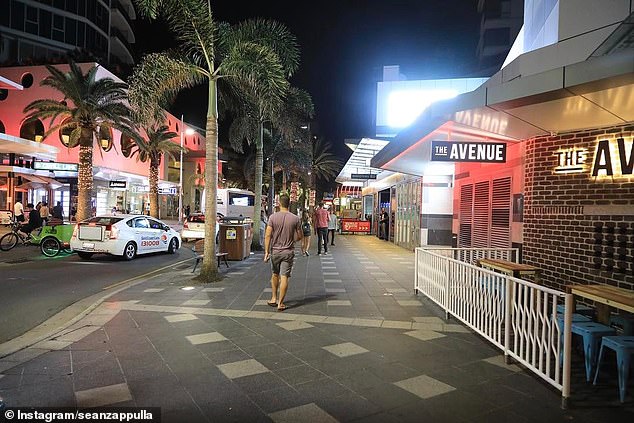 A chaotic fight which erupted on a busy nightclub strip in the Gold Coast has sent two police officers to hospital – with one being knocked out by an alleged coward punch from behind.

Police were called to a disturbance involving five people outside a venue on Orchid Avenue, Surfers Paradise about 11:45pm on Saturday.

As officers tried to contain the situation, a 21-year-old man allegedly punched a senior constable, aged in his forties, in the back of the head – knocking him unconscious.

A second police officer, also in his 40s, suffered head injuries during the man’s arrest.

Both were transported to hospital for treatment and discharged  on Sunday morning.

The alleged offender from nearby Coomera has been charged with serious assault of a police officer and obstructing police.

A second man, 43, also allegedly involved in the fracas was charged with obstructing police and being a public nuisance.

Both men were issued official bans from the Surfers Paradise and Broadbeach ‘Safe Night Precincts’.

Both the charged men will appear in Southport Magistrates Court on May 3. 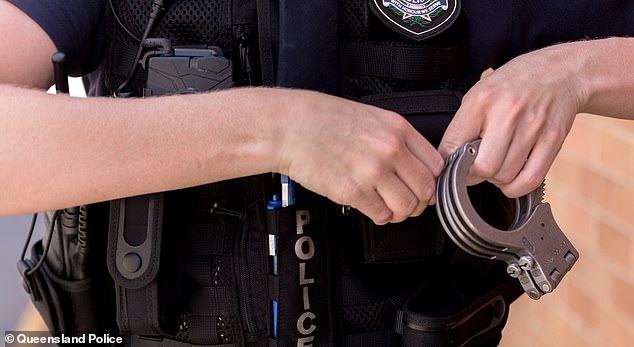 The two officers were treated and later discharged, while two men have been charged and are set to appear in court on May 3 (stock image)