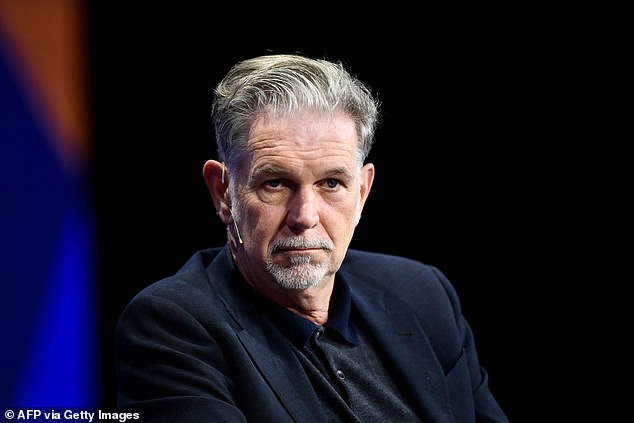 Hastings, who spearheaded Hollywood’s steaming-first revolution, is moving upstairs as executive chairman while Ted Sarandos and Greg Peters are now the new co-CEOs.

Peters, who piloted the move from DVDs to streaming, has reportedly been groomed for the role by Hastings for many years and handed increasing power over the last few years.

In a statement, Hastings, 62, said: ‘I’m so proud of our first 25 years, and so excited about our next quarter of a century. We can do so much more to better entertain the world and deliver more joy to our members.’

The announcement came as Netflix revealed it added a whopping 7.66m new subscribers during the fourth quarter of 2022 after launching its cheaper ad-supported membership tier. 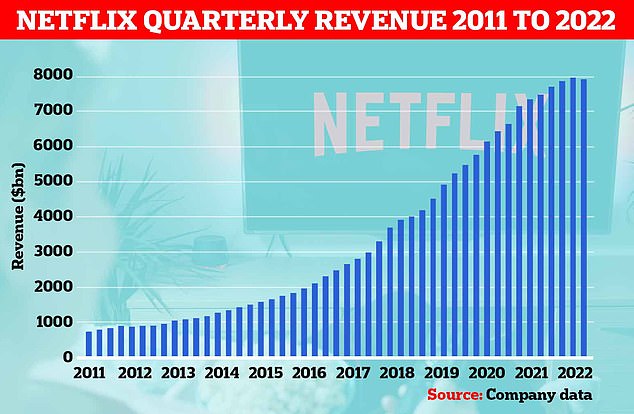 The streaming giant had previously warned investors it expected to have added only 4.5million subscribers in the fourth quarter – the lowest addition for the holiday period since 2014.

The forecast led the stock price to fall sharply in after-hours trading ahead of Thursday’s report.

In the US and Canada, Netflix added 910,000 subscribers, while its largest growth sector for the quarter was Europe, the Middle East and Africa with 3.2m new additions.

Hastings said he had been increasingly delegating management to Peters and Sarandos for more than two years. Sarandos was elevated to co-CEO in July 2020.

‘It was a baptism by fire, given COVID and recent challenges within our business,’ Hastings wrote.

‘But they’ve both managed incredibly well, ensuring Netflix continues to improve and developing a clear path to reaccelerate our revenue and earnings growth. So the board and I believe it’s the right time to complete my succession,’ he added.

Insiders said Hastings has been handing Peters the responsibility of the firm’s top priorities: launching the advertising tier, forays into gaming, and cracking down on password sharing.

‘Reed has been grooming Greg for this job for years,’ Lightshed analyst Rich Greenfield told The Hollywood Reporter.

‘This is the combination of a product person and a tech person in Greg with a content person in Ted. Netflix is the marrying of content and tech, and it’s important to convey that. 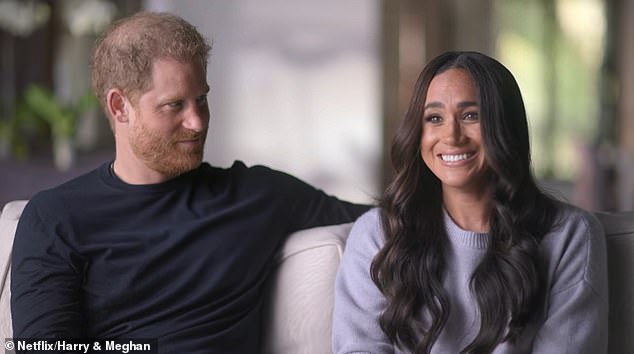 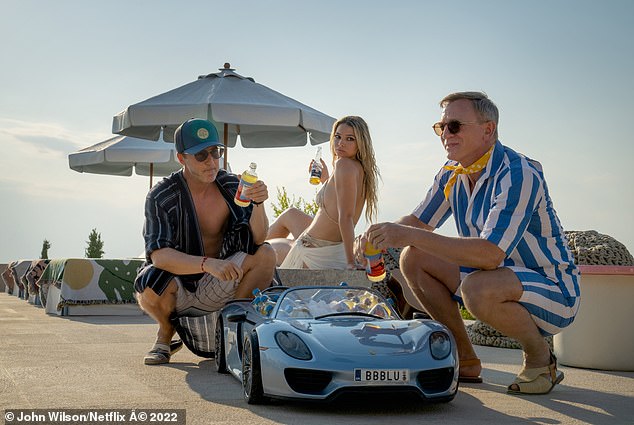 Edward Norton as Miles, Madelyn Cline as Whiskey, and Daniel Craig as Detective Benoit Blanc. in Glass Onion: A Knives Out Mystery (2022)

This is Reed recognizing that Netflix is more than Reed Hastings, which is admirable for a sector that has let ego get in the way of succession time, and again.’

Netflix has been under pressure from restrained consumer spending and competition from Walt Disney Co, Amazon.com Inc and others spending billions of dollars to make TV shows and movies for online audiences.

In the first half of 2022, Netflix shocked Wall Street by losing customers. The company returned to growth in the second half.

To kickstart growth, Netflix introduced a cheaper, ad-supported option last November in 12 countries. It also has announced plans to crack down on password sharing.

The company’s global subscriber base hit 231 million at the end of December.

Hastings said he planned to work with Sarandos and Hastings as executive chairman for ‘many years to come.’

AMAs 2022 WINNERS: Dove Cameron dedicates new artist of the year honor to the...