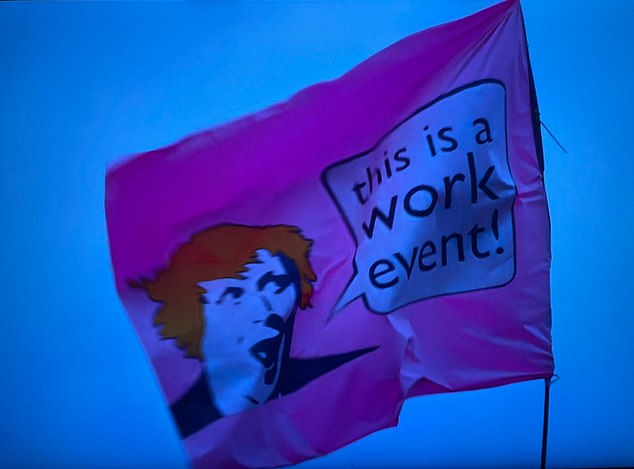 By Chay Quinn For MailOnline

Several flags read ‘this is a work event’ – a nod to the PM’s claim that lockdown-busting gatherings were not parties.

It comes after Mr Johnson suffered two damaging defeats in the Wakefield and Tiverton and Honiton by-elections. 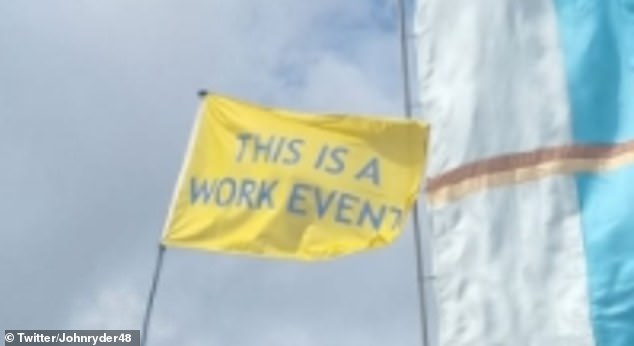 Some  of the biggest names in showbusiness rocked up at Glastonbury today, despite forecasts of an exceptionally wet weekend.

Game of Thrones actors Kit Harington and his wife Rose Leslie, model Daisy Lowe and Love Island’s Laura Whitmore were among the VIP festival-goers to descend on Worthy Farm this afternoon.

Yesterday revellers were spotted dancing around in skimpy outfits in the hot sunshine, but conditions had turned quite significantly in Somerset by this morning, with the dress code changing to raincoats and macs as some even put up umbrellas to shield themselves from the rain.

Showers hit the festival today, with more downpours on the way this afternoon before easing off into the evening – but there will be a risk of heavy rain tomorrow and further showers on Sunday afternoon.

One in SEVEN women suffer postpartum depression after giving birth