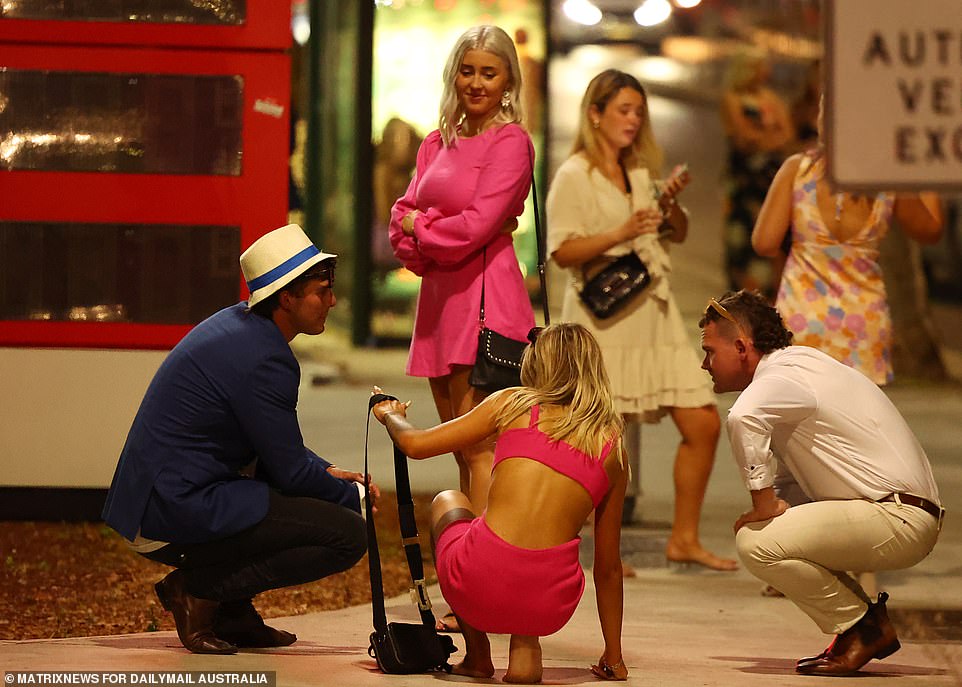 Glammed-up revellers turned out in force to celebrate the final day of the Autumn Racing Carnival with thousands of punters kicking off their high heels and letting loose.

Six weeks of stellar Sydney racing came to an end at Royal Randwick on Easter Saturday and many were sad to see the party end.

More than $37million in prizemoney had been handed out over the period with the ritzy event culminating in the All Aged Stakes.

Pretty in Pink: Revellers struggle to find their feet after a long day of celebrations at Royal Randwich racecourse 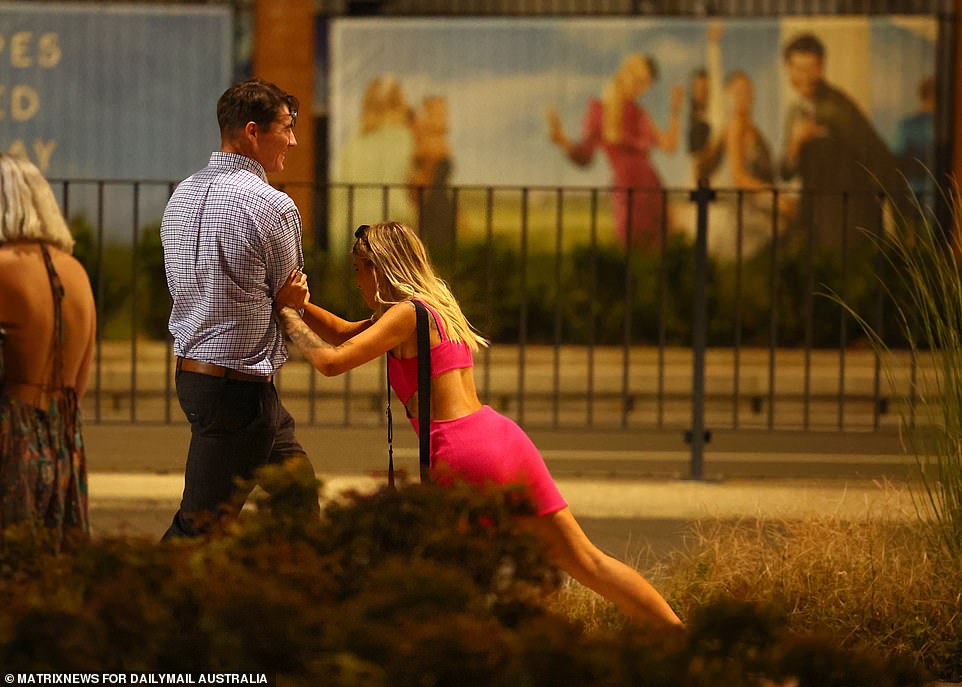 A push in the right direction: A punter in pink leans on a handsome gentlemen as they make their way out of the venue 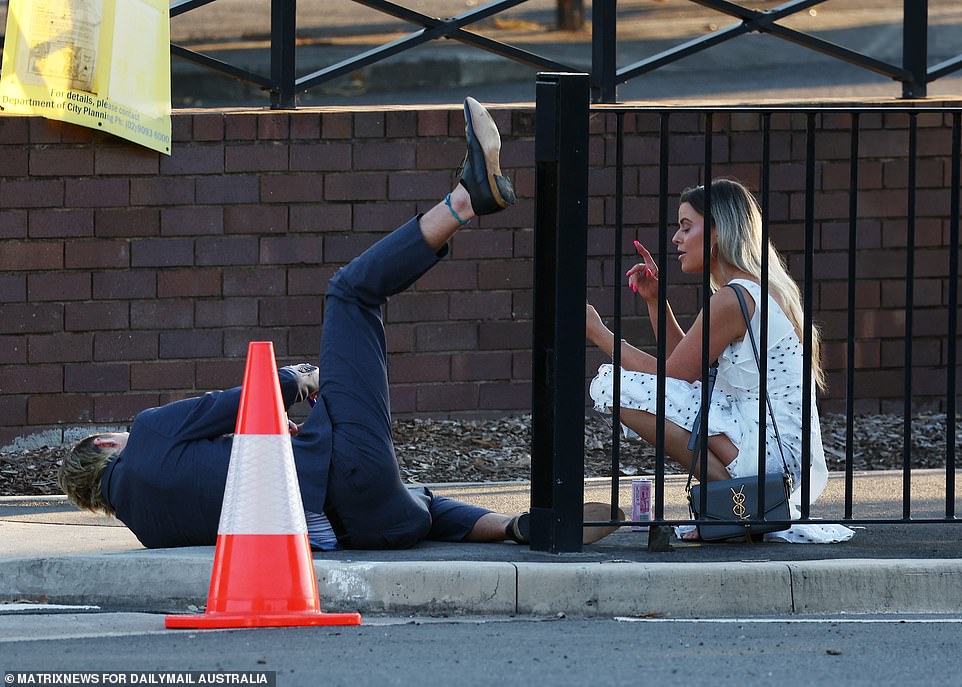 Bowled over: Two revellers stick around outside Royal Randwick as they have a hard time getting back to their feet 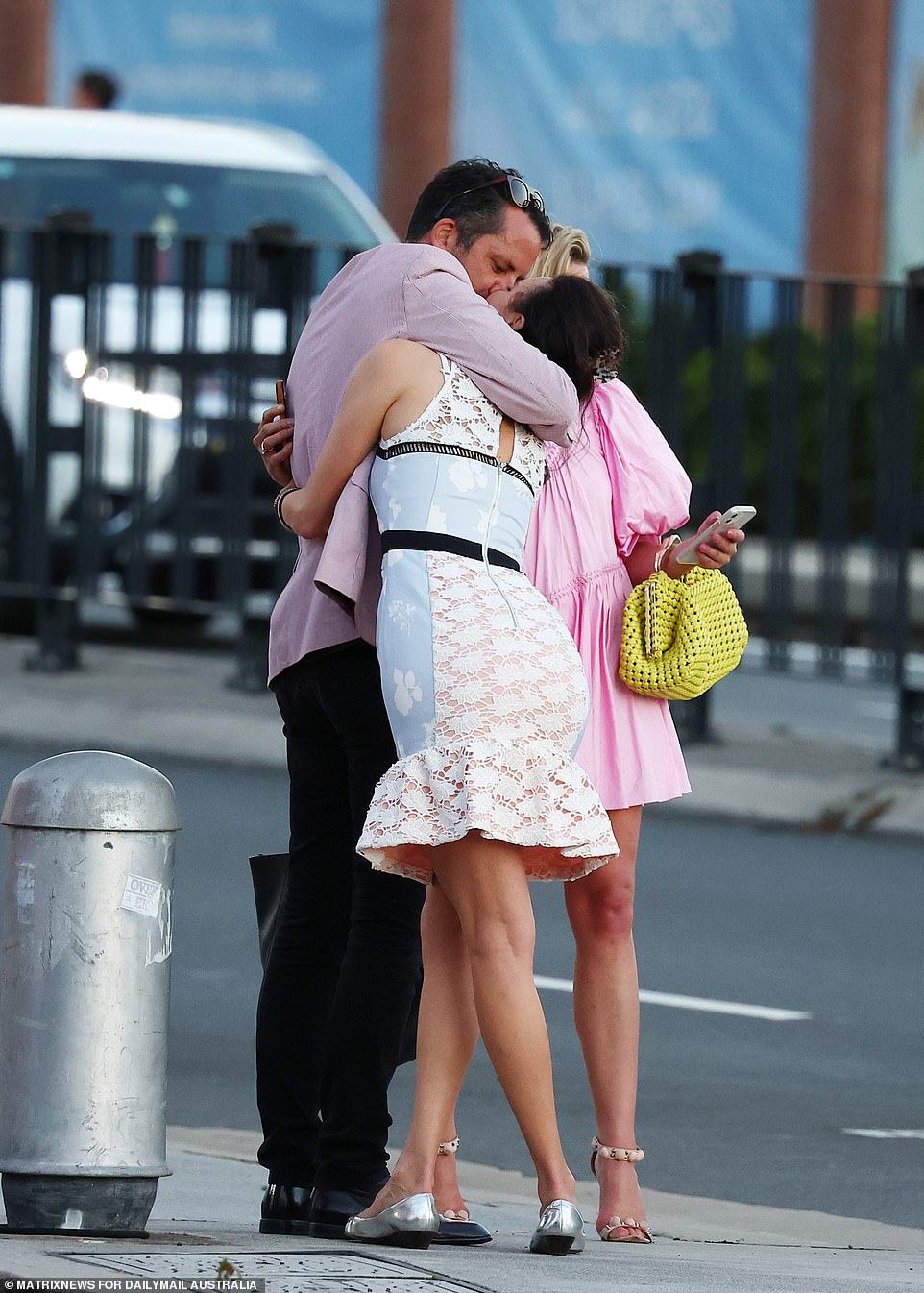 Punters share a passionate moment as they leave the racetrack, hugging and kissing outside Royal Randwick 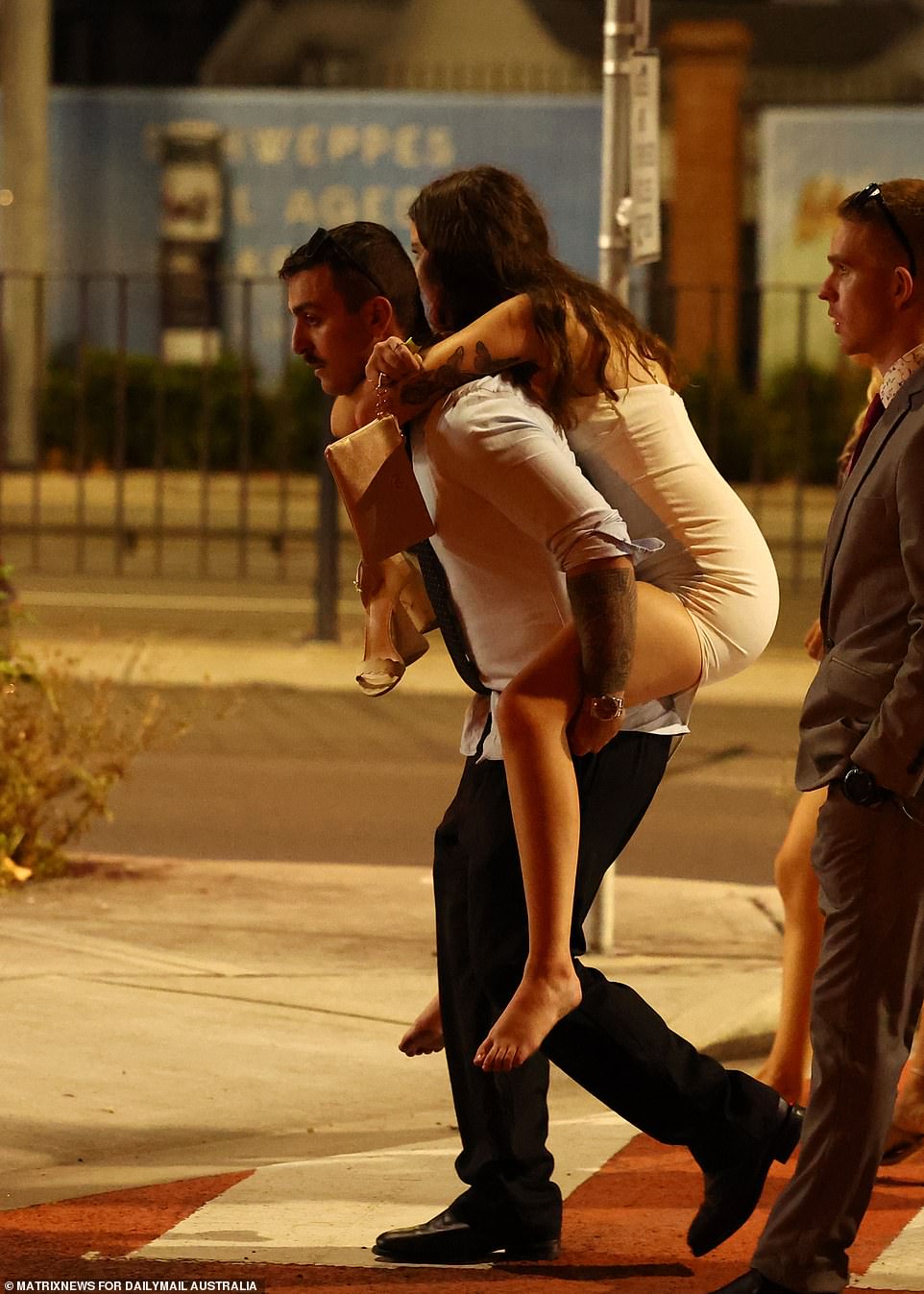 The Cummings-trained horse Cascadian won the Group 1 race kicking off wild celebrations for Jockey James McDonald and the family who could be seen rejoicing in the stands.

But there was just as much action off the track.

An endless supply of Champaign flowed trackside during the day with stylish pop-up bars and street food vendors scattered throughout the venue as peckish and thirsty party animals stopped by to refuel. 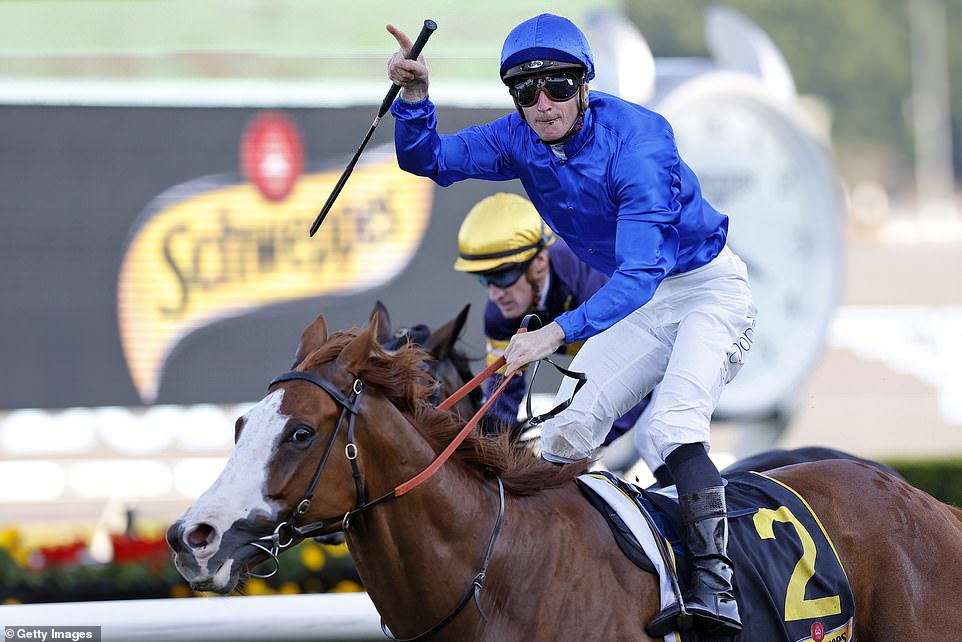 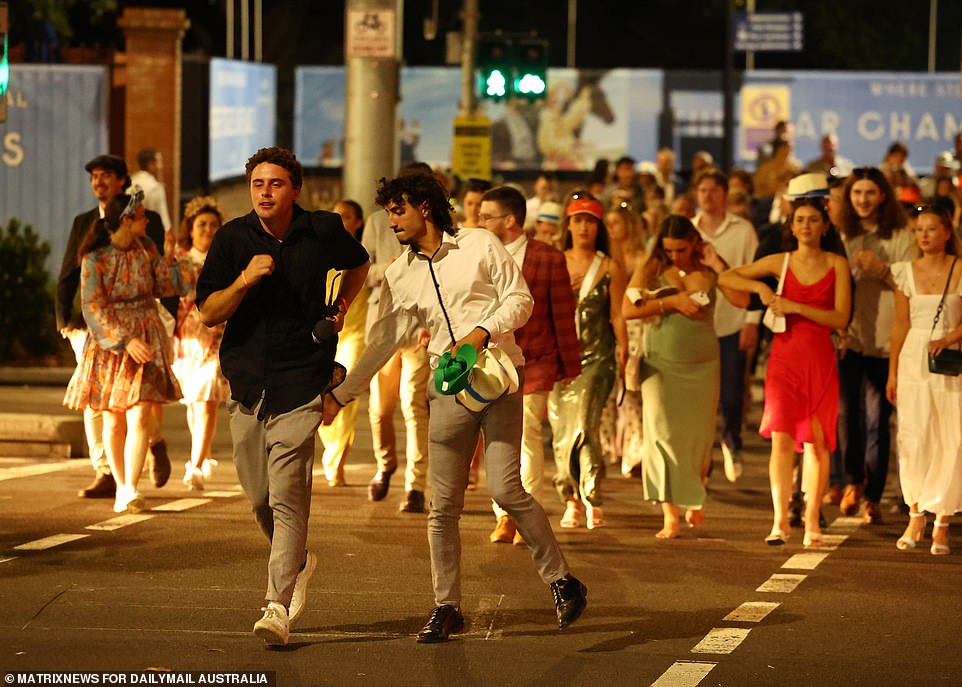 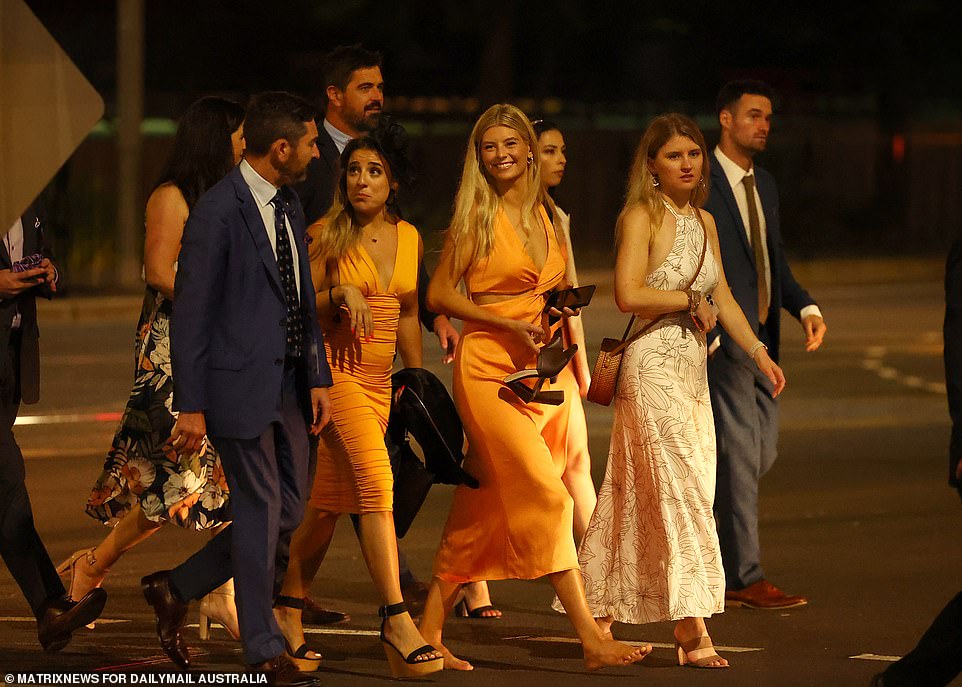 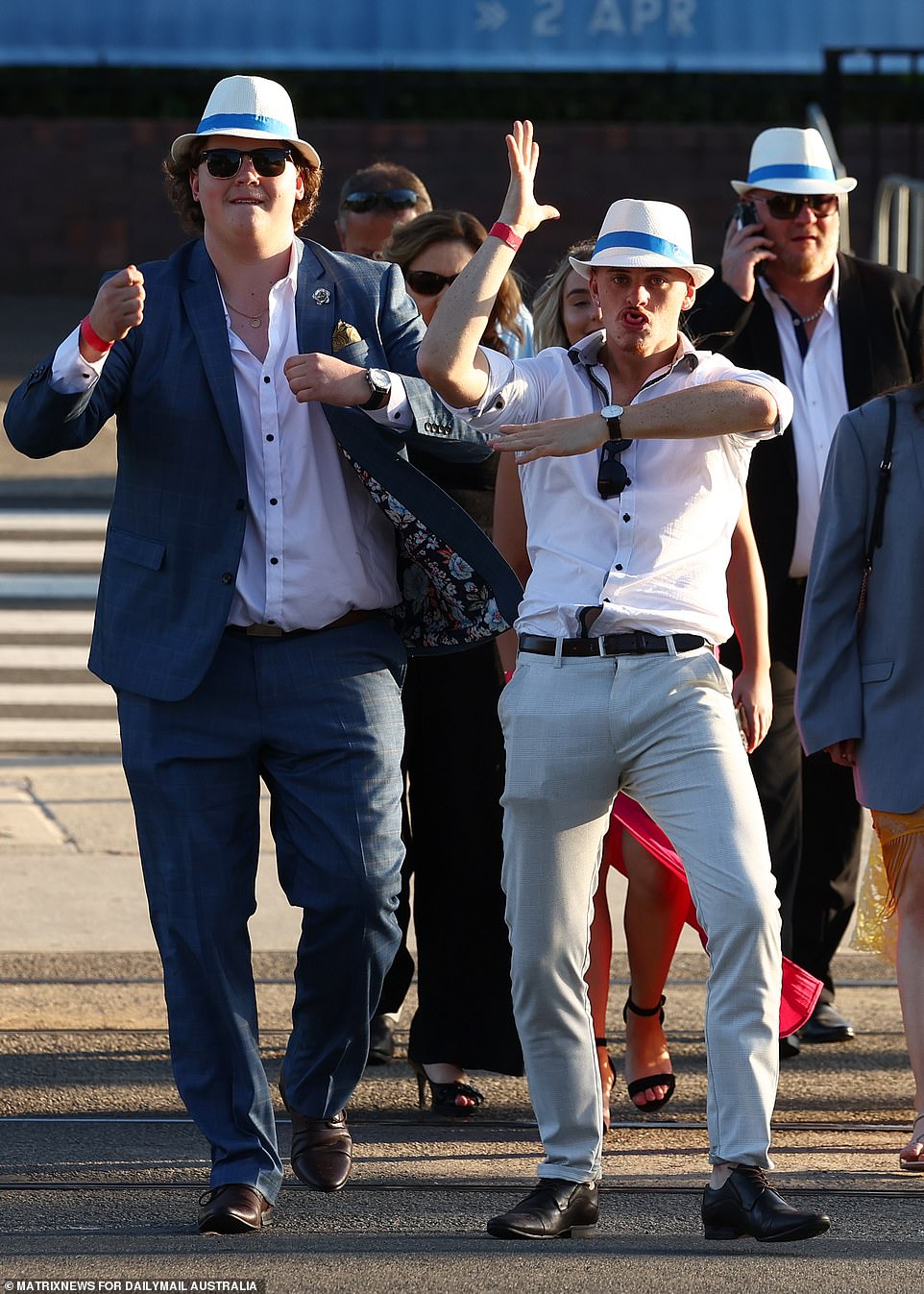 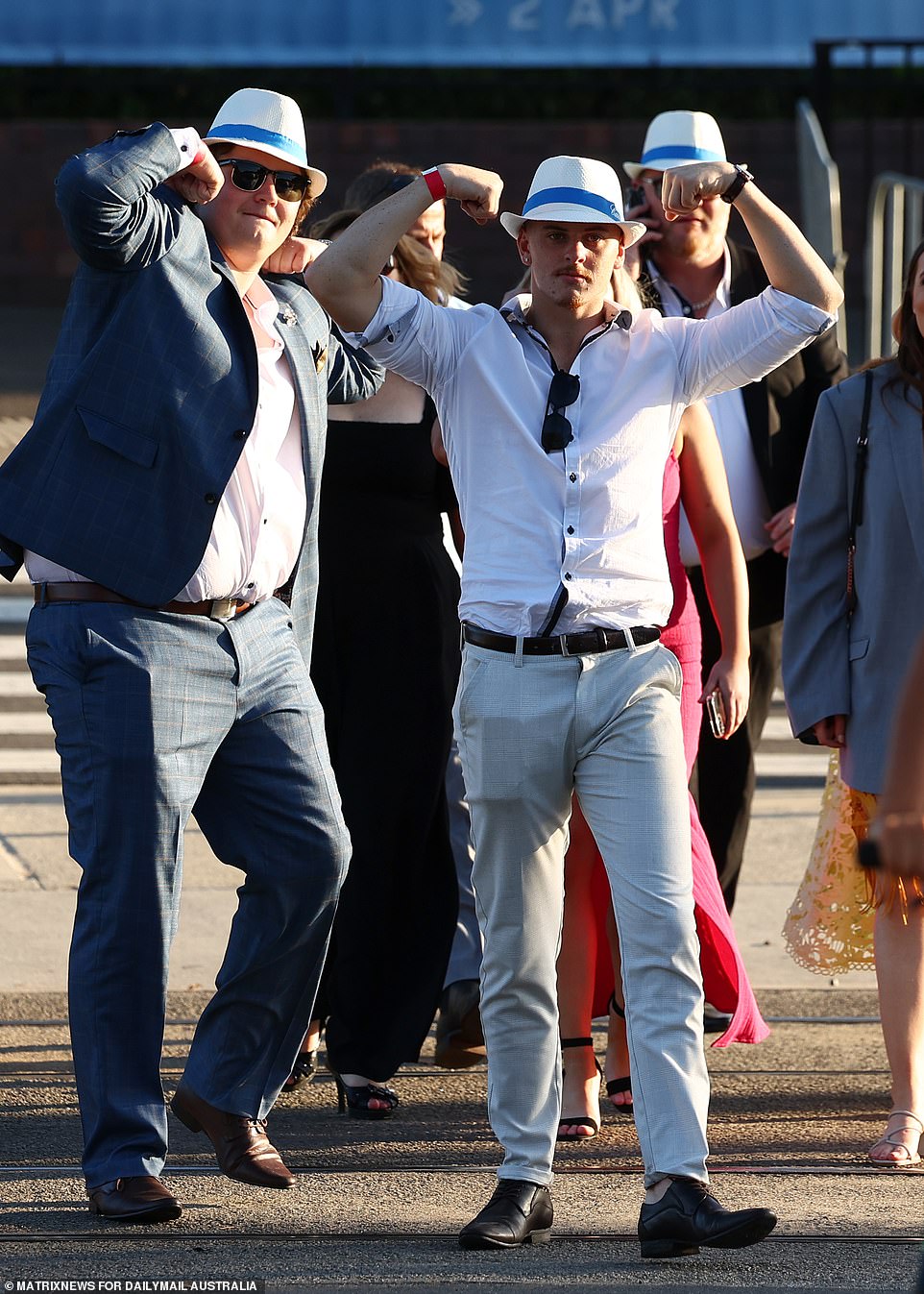 Strong men: Revellers pose for the camera as the long day of celebrations takes its toll on race-goers 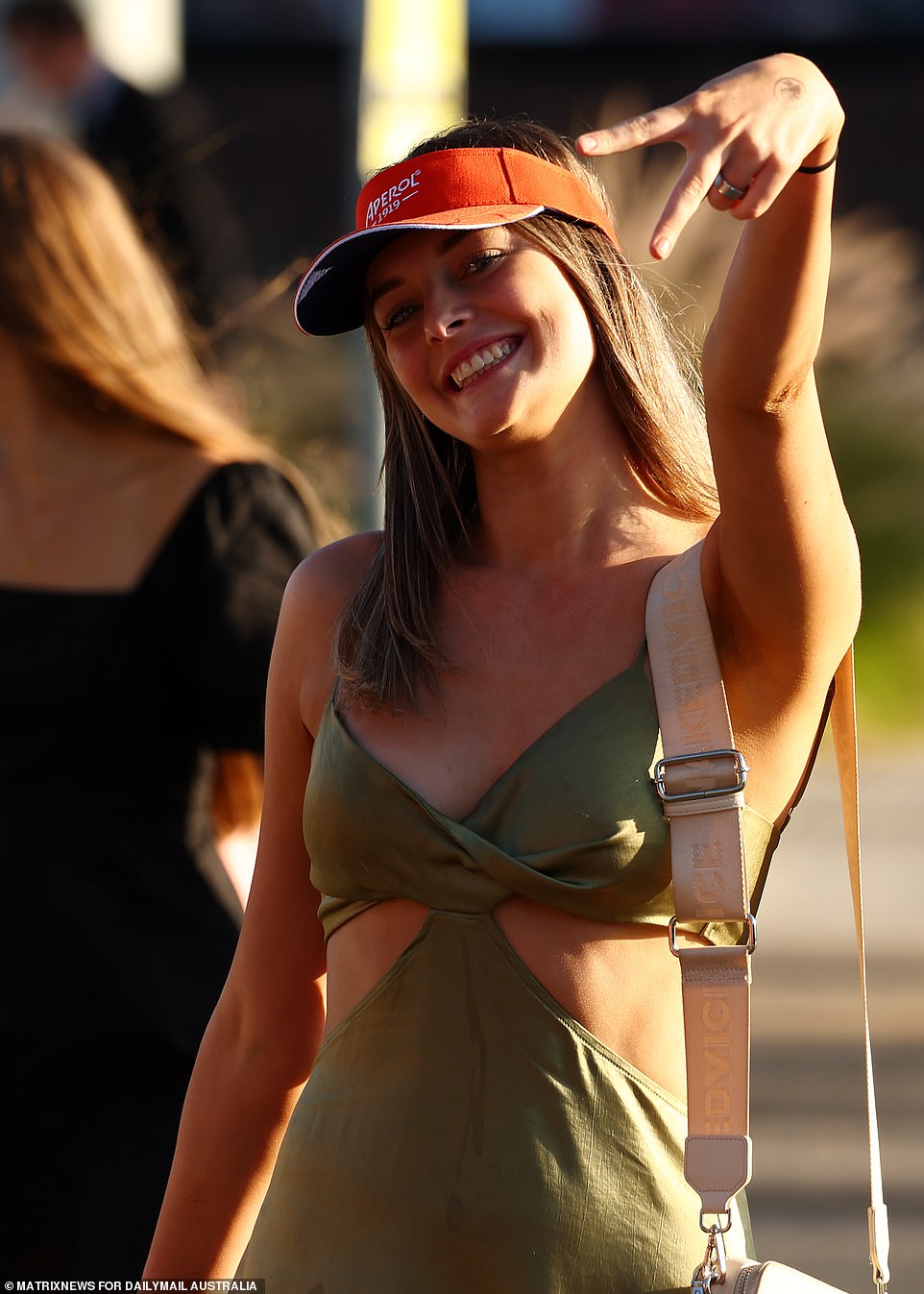 Peace, love and horse racing: Some young women embraced the cameras after the big day at the track

The new Winx stand also hosted it’s fair share of revellers with live entertainment and panoramic views of the track.

But as the day came to a close to a end, the good times began to took their toll on some race-goers.

The surrounding streets were teaming with punters staggering to the next party or trying to make their way home.

Some ditched their high-heels and made the trek, while others opted for a more creative form of transport getting piggy-back rides from good samaritans.

Photos taken outside the venue show some revellers a little worse for wear, slumped over in the street and struggling to find their feet. 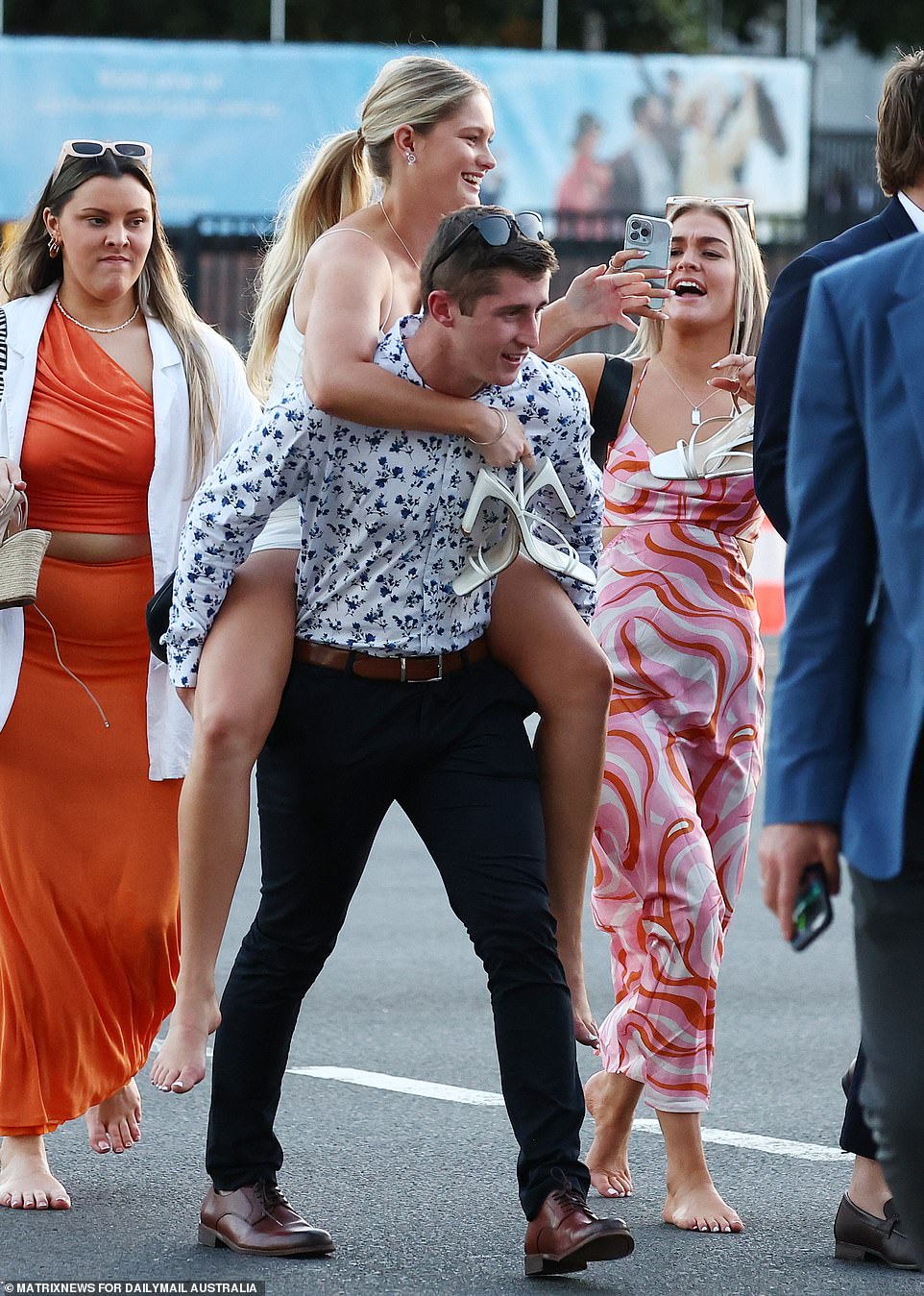 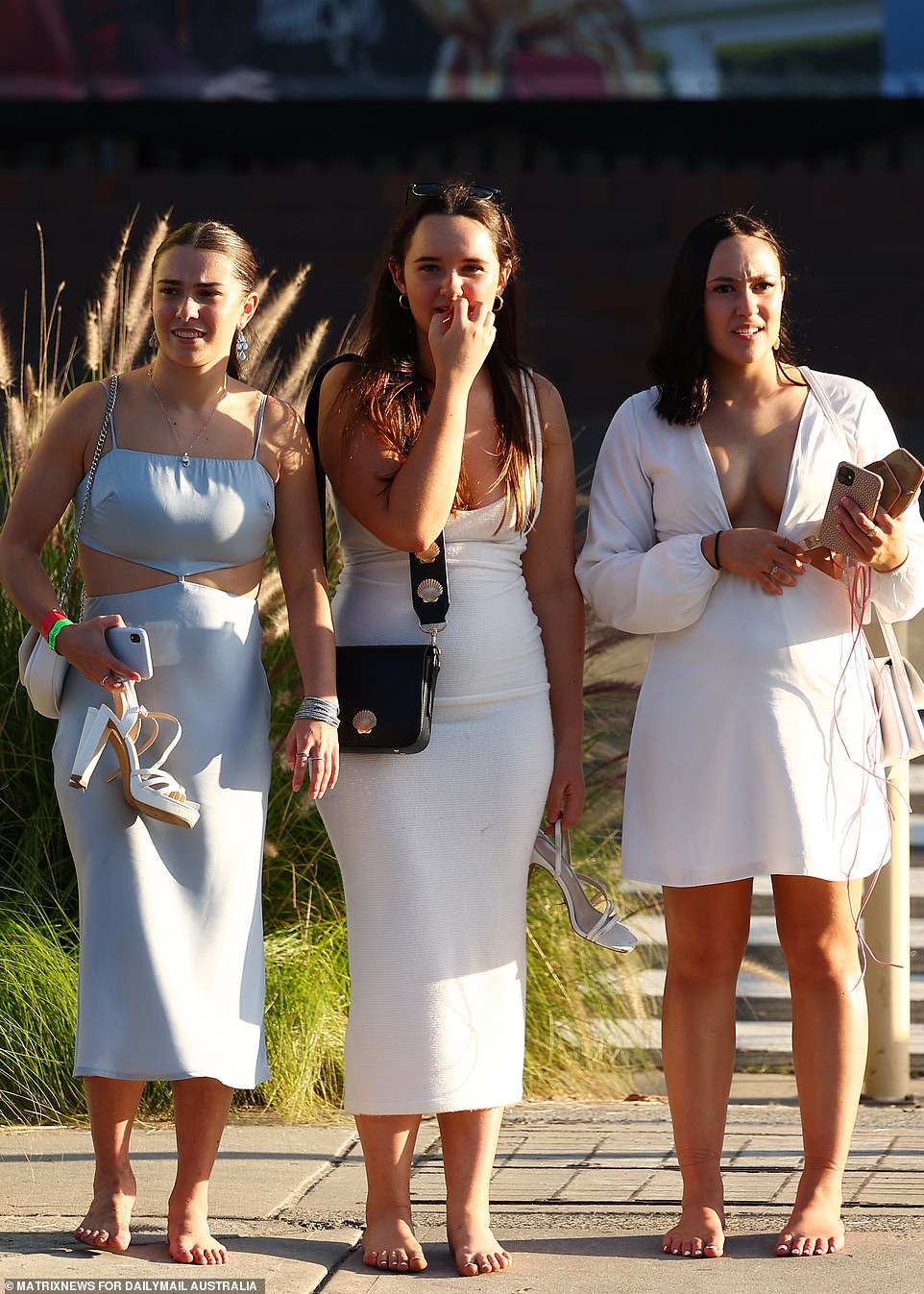 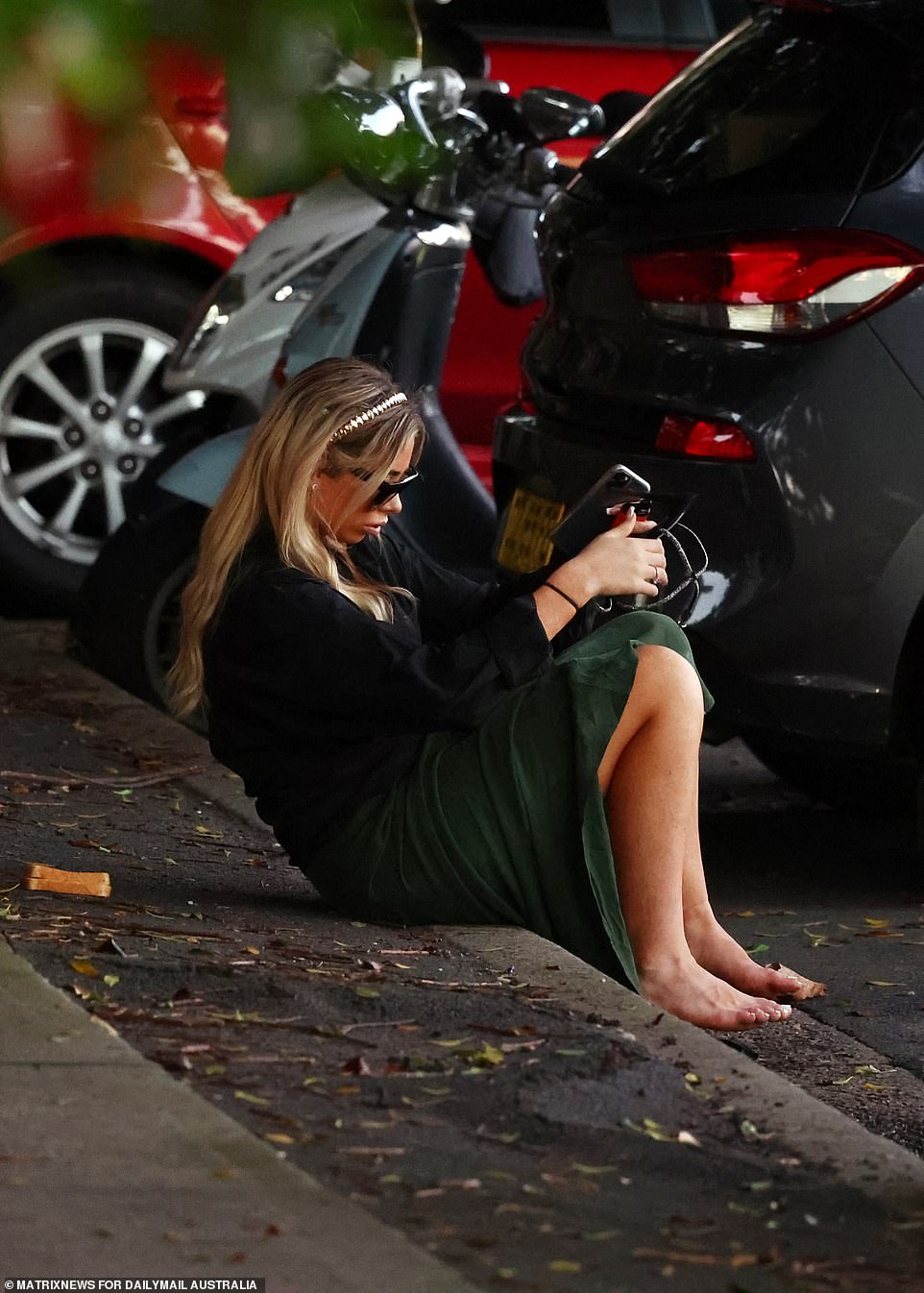 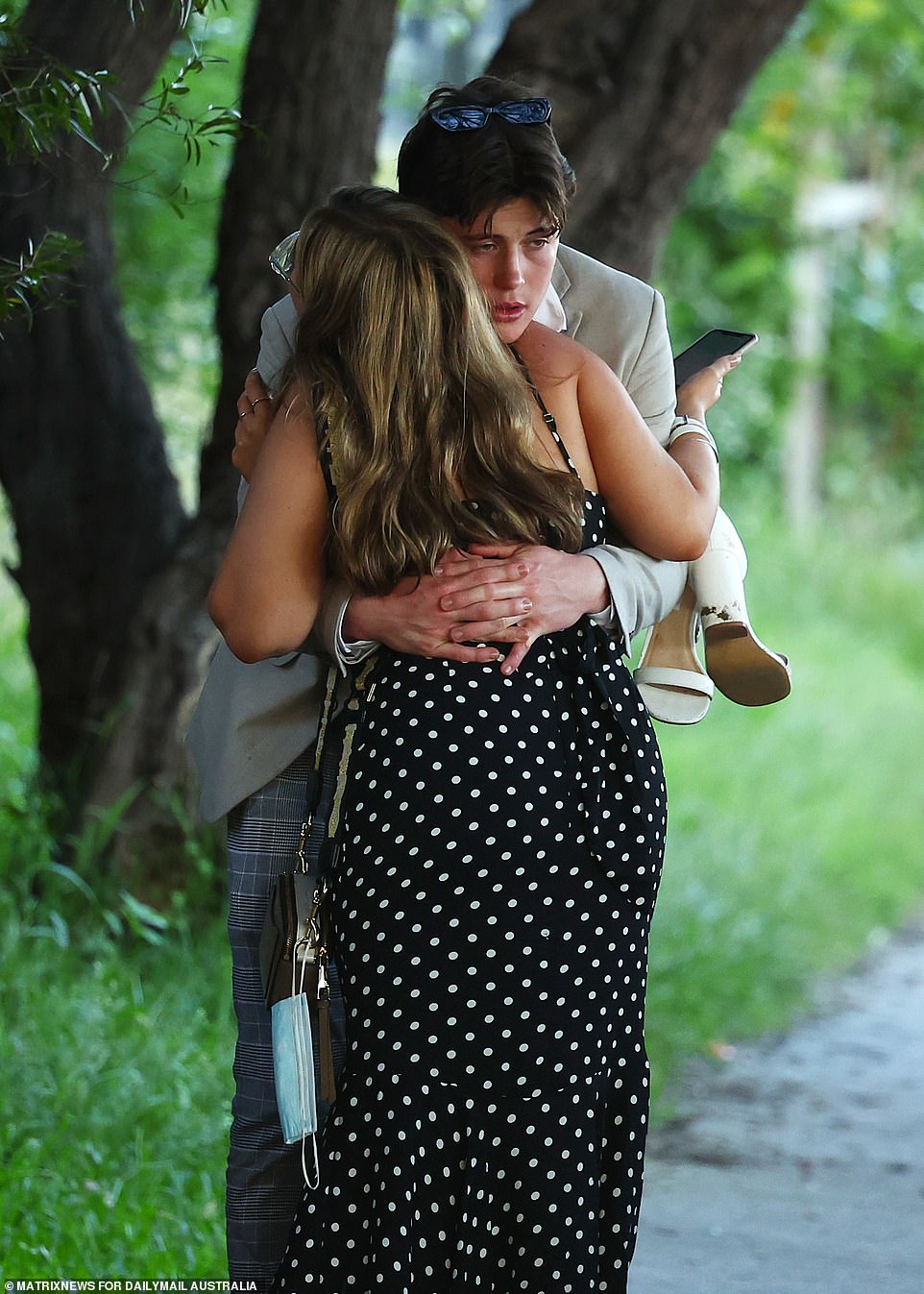 Hard to say goodbye: Revellers share a long embrace after a wild day of celebrations at Royal Randwick

Although there may be a few sore heads in the morning, race organisers said the popular carnival was a huge success after the horrors of the Covid pandemic during the past two years.

‘More than $37 million in prizemoney was won by owners, trainers, jockeys and strappers during the six-week Sydney Autumn Racing Carnival – including in 18 Group 1 races amongst 48 Black Type events across 60 races,’ the Australian Turf Club said.

‘A total of 679 runners competed for three weeks at Rosehill Gardens and three weeks at Royal Randwick, including two weeks of the ninth running of The Championship and seven races at Newcastle.’

The next meetings at Randwick are scheduled for April 23 as the Royal Randwick Raceday commences, and two days later Anzac Day offers free entry for punters. 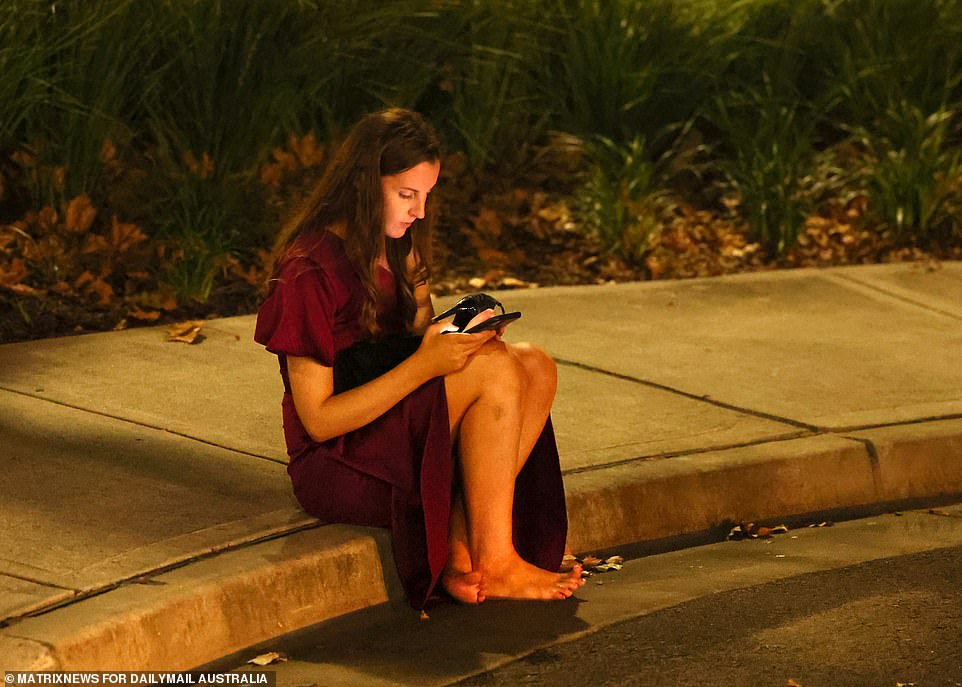 Curb your enthusiasm: One young race-goers ditches her high heels and hangs out on the pavement 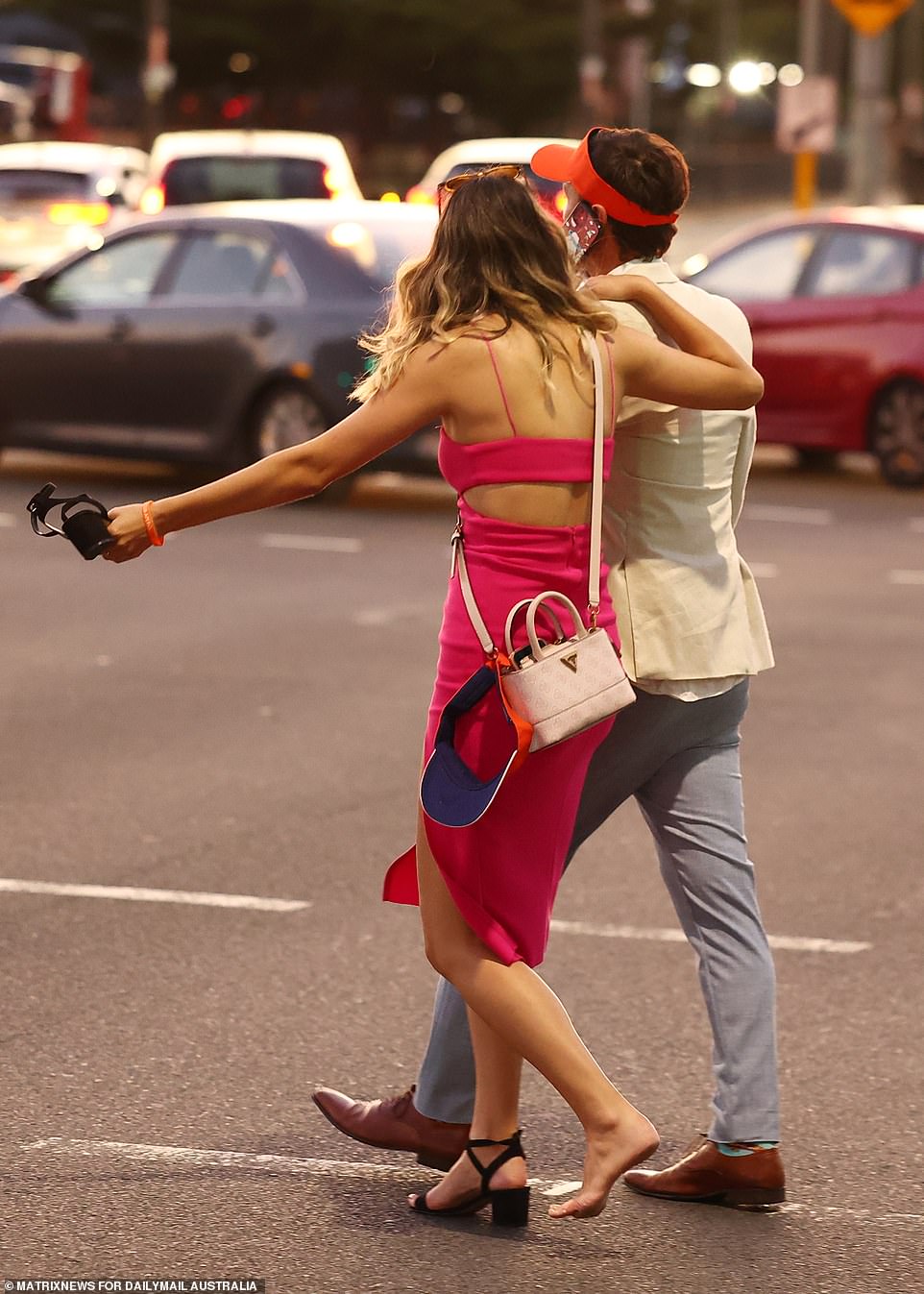 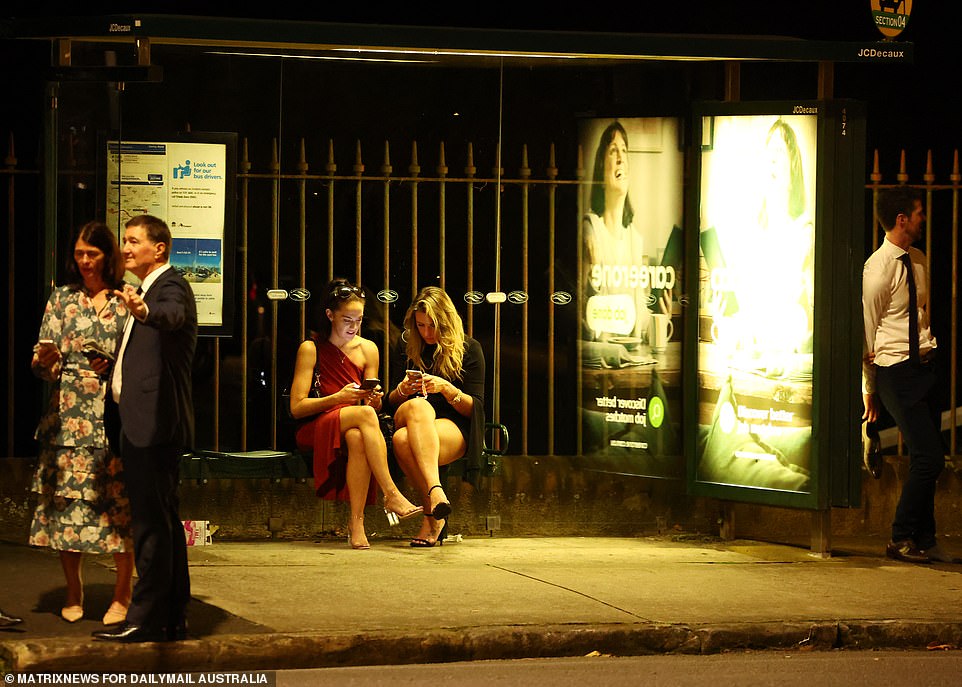 Black, white and shades of red were popular among party-goers at the Randwick event 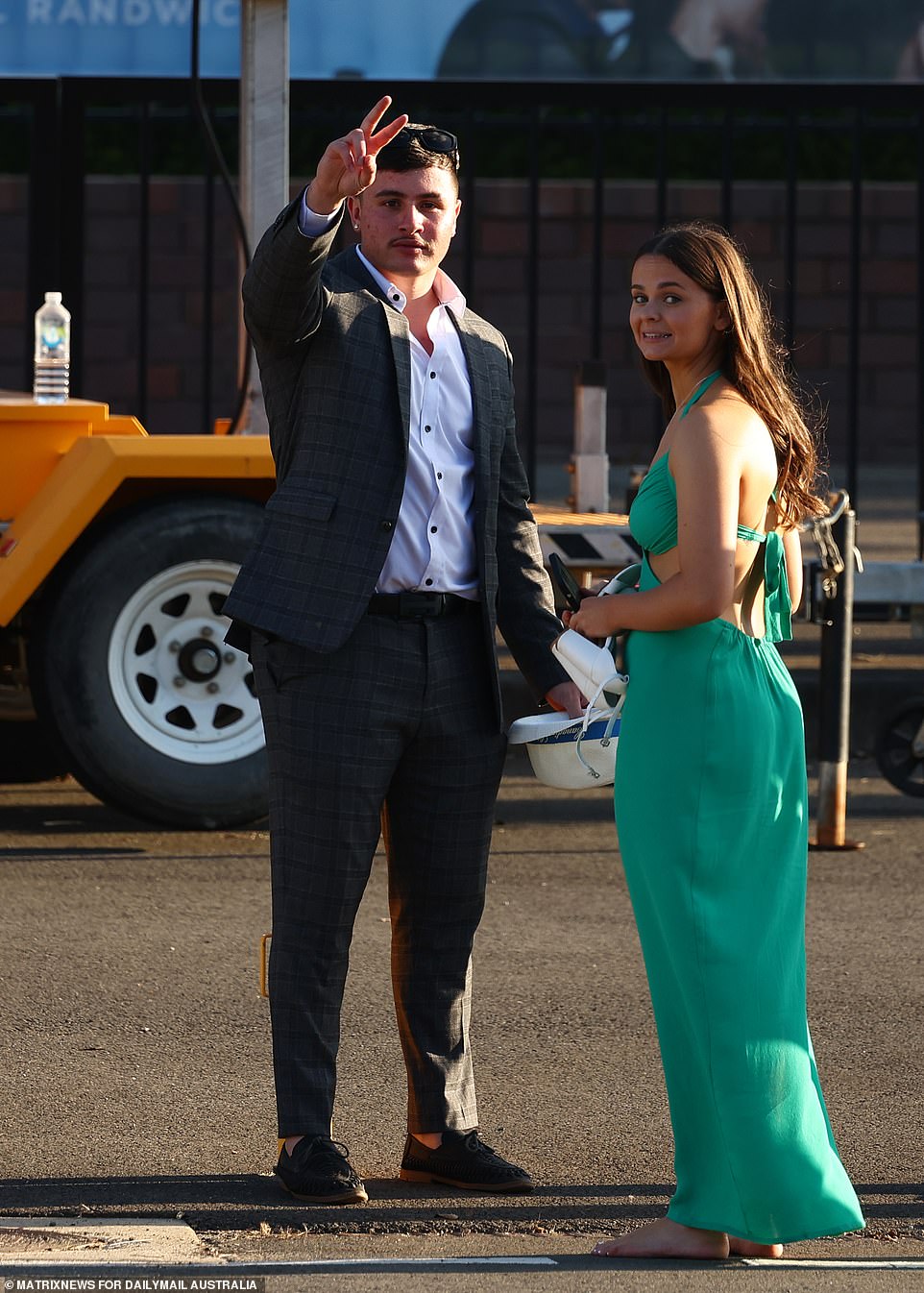 Over and out: The next meetings at Randwick are scheduled for April 23 as the Royal Randwick Raceday commences, and two days later Anzac Day offers free entry for punters

Prince William presents damehood to Deborah James at her home as her fundraiser surpasses...

Sunworshippers out in force as Britain basks in 22C rays this weekend with even...

BREAKING: Giant 11-foot alligator kills victim after snatching them from side of Myrtle Beach...