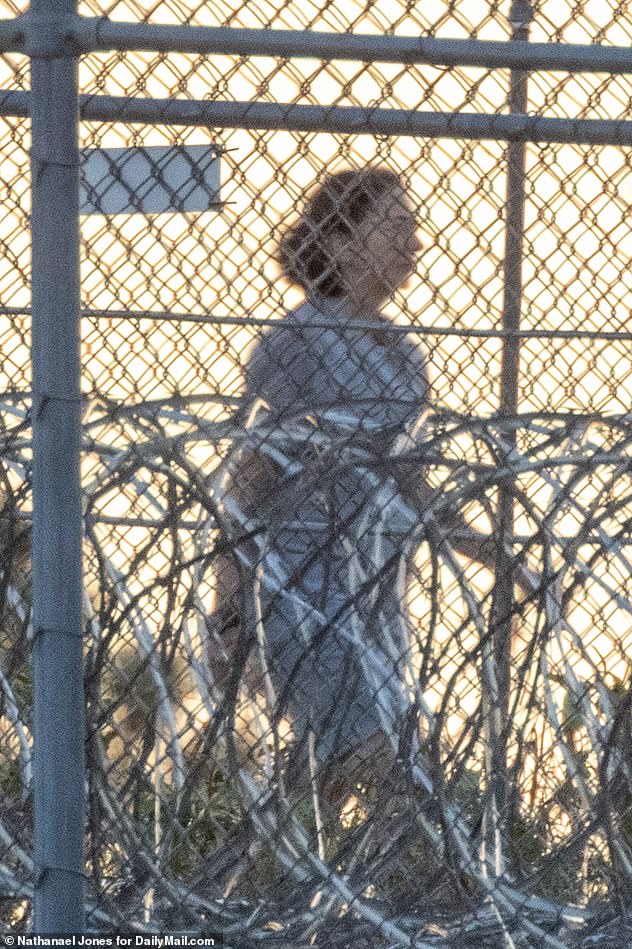 Sex trafficker Ghislaine Maxwell is set to take a prison literacy test at her Florida prison as she tries out for a call center job that will see her earn $1.24 an hour as she sells cut price internet, TV and phone service to callers.

The disgraced socialite, 61, is serving a 20-year sentence for procuring girls for her late pedophile lover Jeffrey Epstein to degrade and abuse.

Should she pass the test, Maxwell will be able to spend some of her time working for a telecommunications company that outsources some of its call center work to the Florida prison where she is currently being held.

She will earn three times more in her new role than she currently earns in the jail’s law library, but the money will make little dent on the $750,000 fine imposed by her trial judge.

Ghislaine Maxwell is to undergo a literacy test to determine if she has the necessary skills to work in a call center while in prison.  She’s pictured taking a stroll in the yard in November 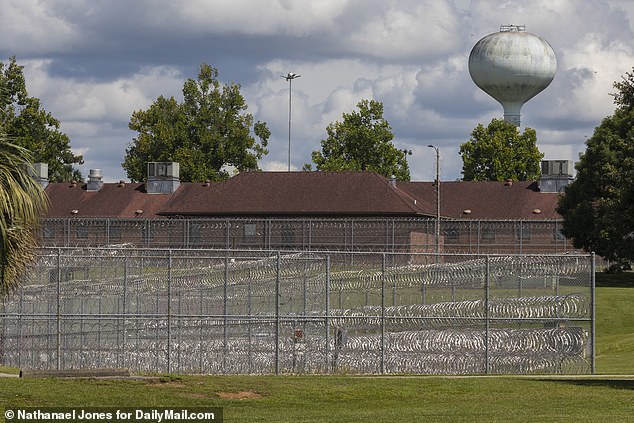 Callers would have no idea they are talking to a convicted criminal housed at Florida’s FCI Tallahassee female prison, pictured above

An insider told The Mirror  that many of the inmates at Florida’s FCI Tallahassee female prison work in the call center.

‘The girls have been joking if she does move jobs, callers will think they’ve called Buckingham Palace with her posh accent. Being on the phones allows the girls contact with the outside world. Some find it a lifeline,’ the source explained.

Customers on the other end of the phone are none the wiser that they are in fact talking to a convicted criminal whether they be a drug dealer, armed robber, mass murderer or child trafficker.

Maxwell is set to appear in a television interview on Monday.

Broadcaster Jeremy Kyle revealed that he conducted an interview with the heiress from her cell.

Announcing the show, called ‘Ghislaine Behind Bars’, Kyle told viewers: ‘Maxwell lifts the lid on Epstein, Prince Andrew and even our late Queen. This is Ghislaine Maxwell behind bars and in her own words’. 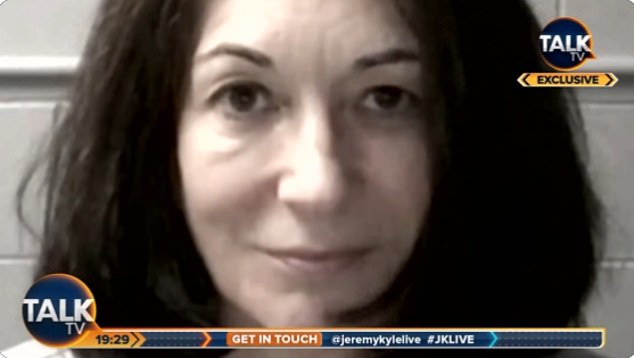 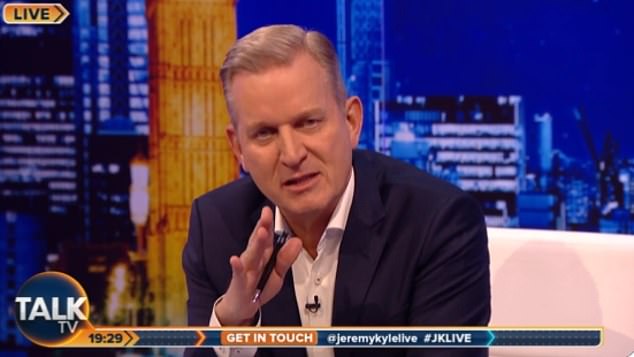 Kyle told viewers: ‘Maxwell lifts the lid on Epstein, Prince Andrew and even our late Queen. This is Ghislaine Maxwell behind bars and in her own words’

It also comes after it emerged Maxwell, the daughter of disgraced tycoon Robert Maxwell, is hosting etiquette classes for inmates at the jail.

Maxwell has preached to inmates about women’s empowerment and the need to ‘maintain high moral standards’ in the twice-weekly sessions for up to 40 convicts.

A notice pinned up inside the Federal Correctional Institution, in Tallahassee, read: ‘Taught by Mrs Maxwell this course teaches the three principles of etiquette – focusing on respect, consideration and honesty.’

The course also counts towards the First Step Act, meaning inmates including drug dealers, white-collar criminals and convicted murderers can shave up to 15 days off their sentence by attending.

It’s proven so popular that Maxwell is hosting classes in both English and Spanish with the help of a Colombian inmate acting as a translator for the prison’s sizable Hispanic population.

‘It’s less about balancing books on heads and being ladylike, and more about having confidence in yourself – how to behave and talk in a professional manner, the secrets of success in the corporate world, that sort of thing,’ an insider said.

‘Miss Maxwell’s message is, so what if you’re a woman and a convicted felon, you’re not a second class citizen. She’s an unlikely role model but she’s very passionate about this.’ 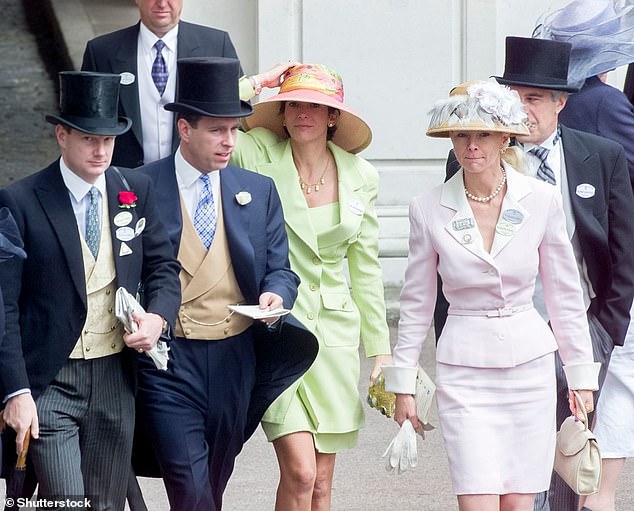 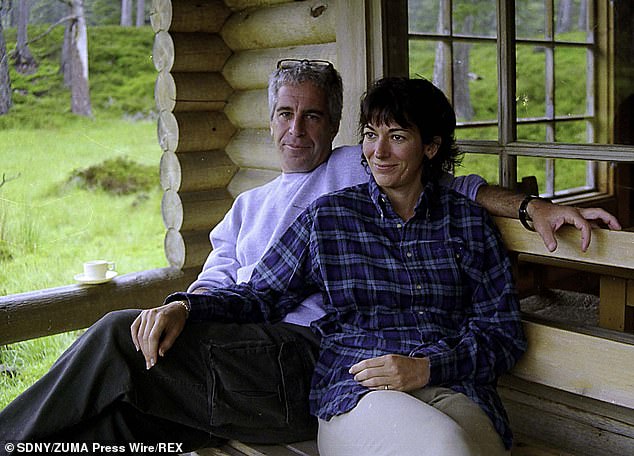 Convicted sex offender Ghislaine Maxwell met the Queen. She is pictured with Jeffrey Epstein at the Queen’s log cabin at Glen Beg, Balmoral

Maxwell’s course ran from December 5 to 30 and a second round of lessons has been approved by prison authorities to start soon, a source added.

In the meantime Maxwell – prisoner 02879-509 but nicknamed Max by incarcerated friends – has been teaching a yoga class as well as working in the prison library, helping the 755-strong female population pick out books.

She has daily access to a 400-meter running track where she regularly goes jogging.

Maxwell was convicted in December 2021 of five counts of grooming minors for longtime confidante Epstein, who hanged himself in 2019.

After two years locked up at the fortress-like Metropolitan Detention Center in New York, where she complained of maggot infested meals and inhumane treatment, Maxwell was expected to serve her time in Federal Correctional Institute (FCI) Danbury – the Connecticut prison that inspired Orange is the New Black.

But without any explanation she was instead shipped 1,000 miles south in late July to the Sunshine State, where Epstein abused many of his victims at his Palm Beach mansion. 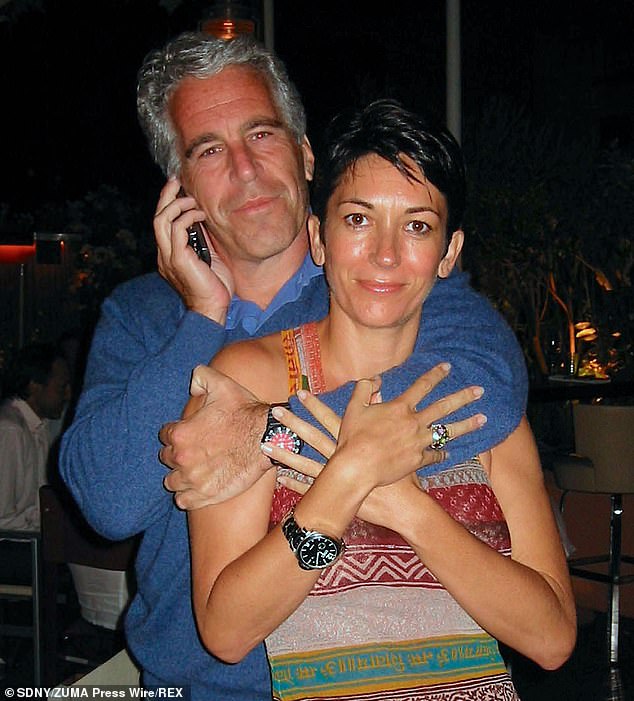 Maxwell is serving a 20-year sentence for grooming young girls for her pedophile lover Jeffrey Epstein. She is pictured with Epstein in an undated photograph

FCI Tallahassee – Maxwell’s prospective home until at least July 17, 2037 – is surrounded by a maze of 30ft fences and cameras. But the elegant, red-brick building behind the rolls of jagged razor wire looks more akin to a school or college campus.

Maxwell was convicted of sex trafficking a minor, transporting a minor with the intent to engage in criminal sexual activity and three counts of conspiracy after a federal trial in New York heard that she lured girls as young as 14 to Epstein.

Maxwell expressed remorse as she was handed down a 240-month sentence, telling her victims: ‘I hope my conviction and harsh incarceration brings you closure.’

However Maxwell has since appealed her conviction and sentence. Her spokesman said: ‘Her spirits are holding up well as you might expect of an innocent woman.’ 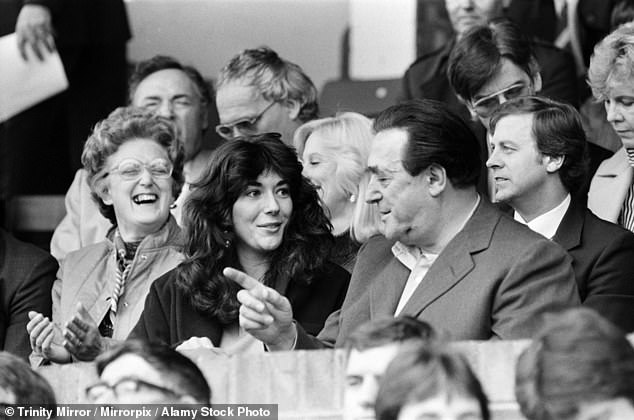 Maxwell is the daughter of disgraced UK newspaper magnate Robert Maxwell. She was convicted in December 2021 of five counts of grooming minors for Epstein