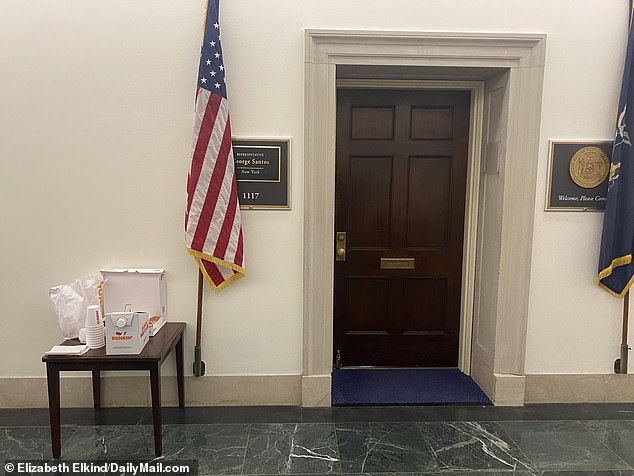 New York Republican Rep. George Santos left Dunkin Donuts outside of his office on Tuesday morning after promising a ‘surprise’ for journalists who have been covering his time on Capitol Hill.

The freshman lawmaker has been under mounting scrutiny as details of his backstory continue to unravel, and questions rise about the source of his wealth despite living a seemingly modest life until recent years.

Since he arrived in Washington earlier this month, Santos’ office in Capitol Hill’s Longworth building has been surrounded by reporters and TV cameras hoping to catch a word about the steady drip of new revelations suggesting the congressman has been untruthful.

On Tuesday morning, those reporters were met with a box of a dozen donuts in a Dunkin box, a case of Dunkin brand coffee and the necessary plasticware and cups – left earlier by Santos himself.

Rep. George Santos left a box of Dunkin Donuts outside of his office on Tuesday morning 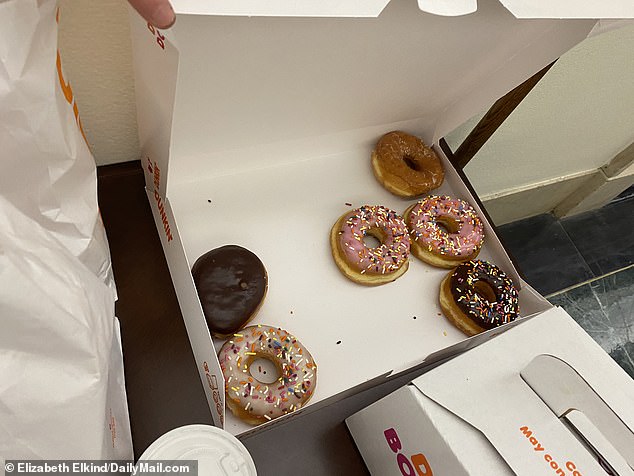 A significant number had been taken as of just before 9am on Tuesday, when DailyMail.com first observed the area outside of Santos’ office

As of just after 10am, it appeared that most of the donuts were taken.

DailyMail.com observed Capitol Hill staffers curiously sample the breakfast snacks – which appeared untouched by most of the reporters themselves, save for a couple of hungry exceptions.

‘Enjoying the donuts, I see,’ one Santos staffer quipped to the press upon seeing the half-empty box.

It comes a day after a new poll showed most New Yorkers want Santos to resign, after he admitted to lying about his college education, career, family heritage and a number of other details.

Just under a quarter said they had no opinion on his political career.

His overall favorability rating is also low, at just 16 percent.

Even among fellow Republicans, a 49-percent plurality want him out of Congress. 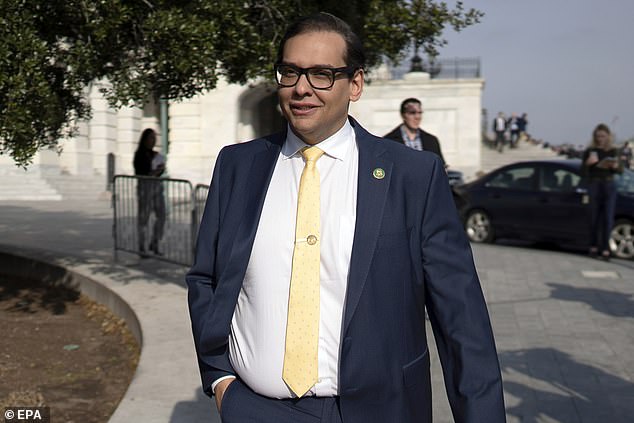 He’s remained defiant in the face of calls to resign, and promised a ‘surprise’ for the reporters who have been swarming his office since he first got to Capitol Hill

A whopping 71 percent of suburban New York residents polled want him to resign, as well as 58 percent of those who call the Big Apple home.

But he’s so far brushed off all calls to step aside, insisting he’s focused on serving the people of New York’s 3rd Congressional District.

The poll emerged hours before MSNBC resurfaced a clip of Santos telling a Brazilian outlet that he had survived an assassination attempt.

‘We have already suffered an attempt on my life, an assassination attempt, a threatening letter, having to have the police, a police escort standing in front of our house,’ he said in the interview, according to MSNBC’s translation.

He did not elaborate on the alleged incident in the clip shown.

But Santos also reportedly claimed in the clip to have been mugged ‘in the middle of Fifth Avenue’ of New York City, in broad daylight sometime during 2021.

The worst emojis to use in 2022: Passive-aggressive thumbs-up only used by old people

Kylie Minogue almost collaborated with Madonna on ‘a couple of occasions’