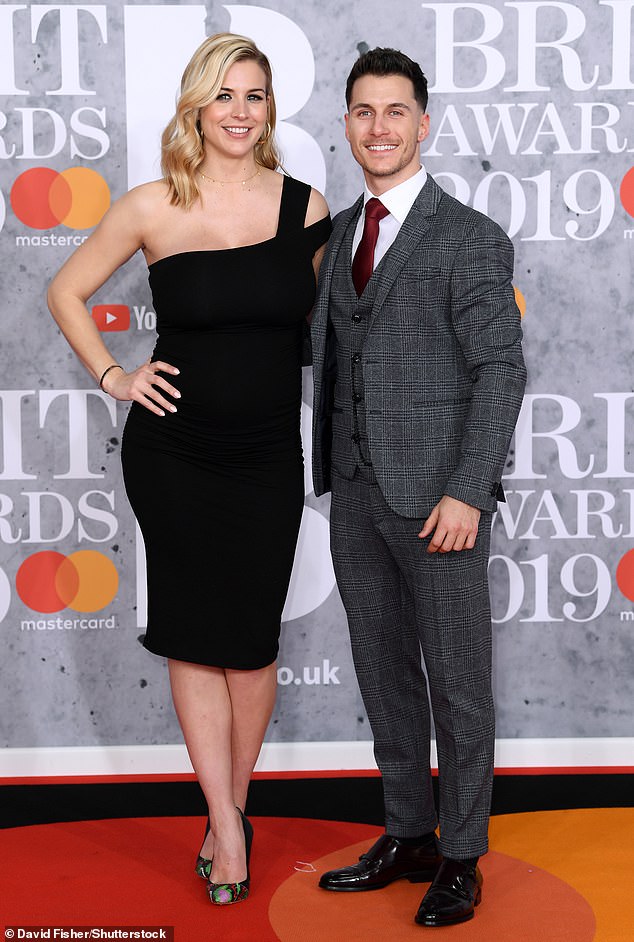 Gemma Atkinson is pregnant! Actress, 38, is expecting her second child with Gorka Marquez and reveals their baby boy will be here ‘later this year’

By Kate Dennett For Mailonline

Gemma Atkinson has revealed that she is pregnant with her second child with Gorka Marquez.

The actress, 38, and the Strictly Come Dancing professional, 32, took to social media to reveal their jovial news.

Gemma shared that they are expecting a baby boy, who is due later this year, and said their daughter Mia, three, is ‘thrilled’ about the news.

Congratulations! Gemma Atkinson has revealed that she is pregnant with her second child with Gorka Marquez (both pictured in February 2019)

The expectant mother went on to joke that their son will be called ‘Barbie’ if it was down to their daughter.

She wrote: ‘Impossible to hide my belly any longer. I’ve officially ‘popped.’ Our baby boy will be joining our family later this year.

‘We feel so incredibly blessed and Grateful to be on this journey again. Mia is absolutely thrilled!

‘Although we may need to do some negotiating on names, as so far she’s adamant he’s going to be called Barbie.’

Gemma and professional dancer Gorka got engaged in February 2021, four years after meeting on Strictly Come Dancing. They welcomed their first child Mia on July 4, 2019.

Last year, Gemma revealed she’s postponed her wedding to Gorka due to both of their busy schedules – after saying she’d rather try for another baby than plan lavish nuptials.

Back in May, she told how Gorka was busy for the rest of the year with the Strictly tour schedule which means they can’t fit it in this year.

She told New magazine: ‘Gorka is literally on tour all of this year. We’ve only got four days off together.

‘He’s got the two Strictly tours back to back, and then he’ll be going on Strictly in the autumn. We don’t even have a minute to sit down and begin making plans!’

When they do finally make it down the aisle however, Gemma said they don’t intend go all out.

‘We’ve said we would prefer to try for another baby rather than have a big, fancy wedding,’ she said during a recent appearance on Vicky Pattison’s podcast The Secret To.

‘There are people who will spend £50k on a wedding and you think, ‘Oh my God’.

‘Twice we thought about going to the registry office and just doing it and then having a big party.’

She added on the podcast that they would like to have a small wedding abroad but admitted she’s done ‘zero planning’ for it so far because of Covid.

Gemma also told how she hasn’t picked her bridesmaids yet or her wedding dress.

The mum-of-one, who is currently a presenter on Hits Radio, said her and Gorka have almost gone to the registry office twice now and ‘just done it’ – but added that her family would be upset if they did that.