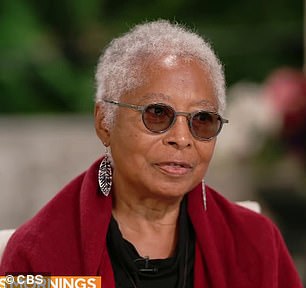 CBS Morning co-host Gayle King is under fire for failing to ask The Color Purple author Alice Walker about her anti-Semitic beliefs that the world is run by lizard Jews.

On Wednesday, King had a cozy sit-down with the author about her newly released book, ‘Gathering Blossoms Under Fire.’

The interview that was held at the Huntington Library Art Museum and Botanical Gardens in San Bernardino, California – but avoided Walker’s most notorious views.

It delved into some of Walker’s intimate journal entries over five decades that encompasses her rise to fame; 10-year courtship to a white man in Georgia in the 1960s; private romance with singer Tracey Chapman; 40-year-milestone of The Color Purple, and her views on getting older. 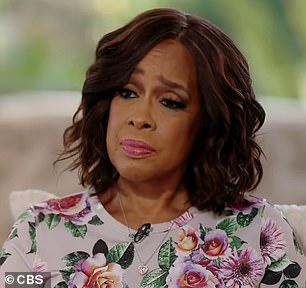 But it made no mention at all of Walker’s notoriously anti-Semitic beliefs, which include her subscription to a bizarre claim that the world is run by a cabal of lizards, many of whom are Jewish.

‘You write so specifically about how much you don’t like fame. You don’t like all the attention, yet you are stepping back in a very public and very personal way. Why did you decide to do that?’ King asks, CBS News reported.

Walker listens than laughs: ‘Well, I am on my wait out.’

‘What do you mean Alice?’ King responds in a concerned tone.

‘Well I am on 78 and to be able to leave people something they can use is a great joy. I think a life that is honest and a life that was basically wonderful with everything that happened in my life it is a good thing to do.’

Walker did not appear to be short on words during their chat, unlike, King who fell short and never asked the celebrated author about her beliefs on anti-Semitism.

Yair Rosenberg, who describes himself as a ‘writer of DEEP SHTELT at The Atlantic,’ and a ‘troller of Nazis’  appeared outraged.

‘Alice Walker is an unrepentant anti-Semite. She has a new book out. If media outlets want to platform her to discuss it, that’s fine. But if they don’t ask about her history of bigotry at the outset, they’re not doing their job of informing the public,’ Rosenberg tweeted.

‘Alice Walker an unapologetic anti-Semite who believes in lizard Illuminati. But because Jews don’t count, she gets this kind of fawning, uncritical treatment by the mainstream press,’ she said. 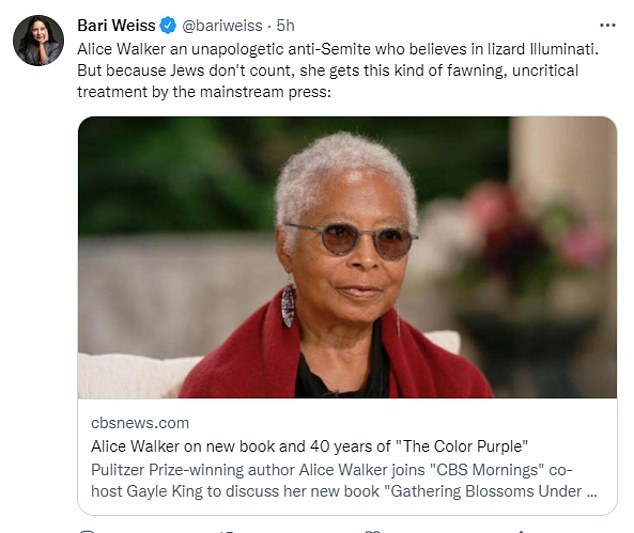 The celebrated author and co-host speaking at The Huntington Library Art Museum and Botanical Gardens in San Bernardino, California 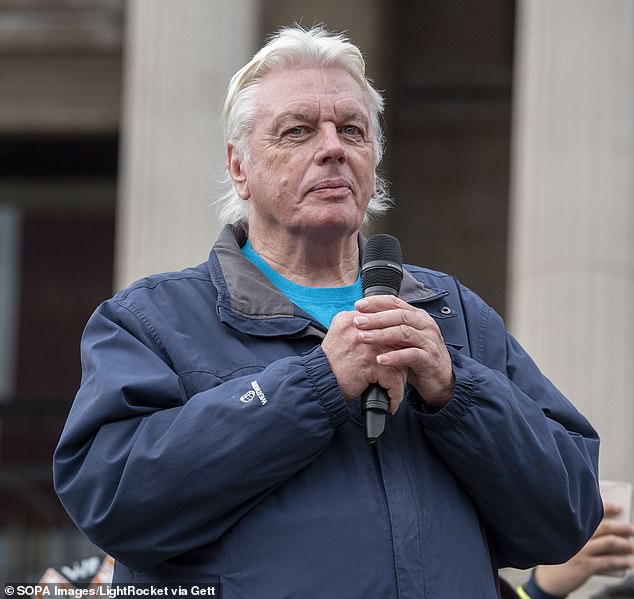 During a 2012 interview with Vice, Ike said:  The Illuminati are the descendants of a race of shape-shifting, blood-drinking, child-sacrificing alien lizard people. ‘In simple terms, there is a predator race which take a reptilian form,’ Icke told Vice in 2012. ‘They’re feeding off humanity. They’re turning humanity into a slave race. They demand human sacrifice — that’s where Satanism comes in. They feed off human energy. They feed off the energy of children’

In 2018,  Walker wrote a column for the Times Book Review praising David Icke, a known anti-Semite and conspiracy theorist, and author of the book, ‘And The Truth Shall Set You Free.’

When the story ran, The Times stood by their decision in running the piece.

That same year, fans of Walker were outraged when the activist/author gave a shout out to Icke, for his strange antics.

‘In Icke’s books there is the whole of existence, on this planet and several others, to think about,’ Walker said in the column, specifically noting, in which Icke variously argues both that Jews funded the Holocaust and that maybe the Holocaust did not happen. Icke’s books, Walker says, are ‘a curious person’s dream come true,’ Vox reported.

DailyMail.com reached out to the CBS Morning Show but they were unavailable for comment.

A frail Shane MacGowan addresses fans as he prepares for his art to go...

5 Ways to Relieve Stress – The Center for Mind-Body Medicine