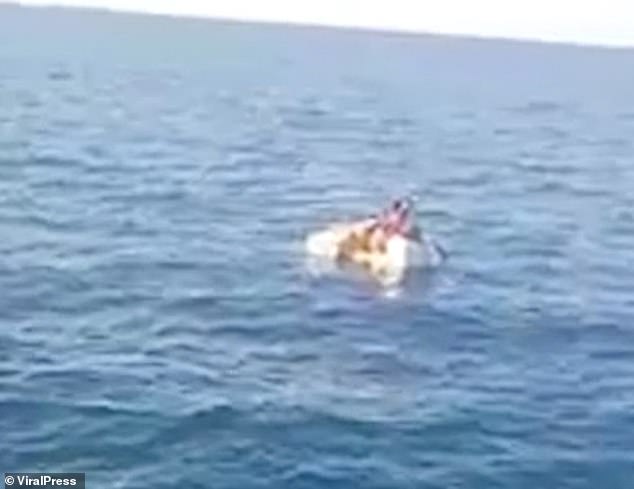 By Jack Newman For Mailonline

Four sailors have been rescued after clinging to styrofoam iceboxes in the sea for four days after their cargo ship sank.

The crew members were onboard the Zidane Express when it was battered by strong waves off the coast of Indonesia on Friday.

Water entered the ship’s exhaust and it lost radio contact before sinking in the waters between Saobi Island and Sabuntan Island in East Java Province. 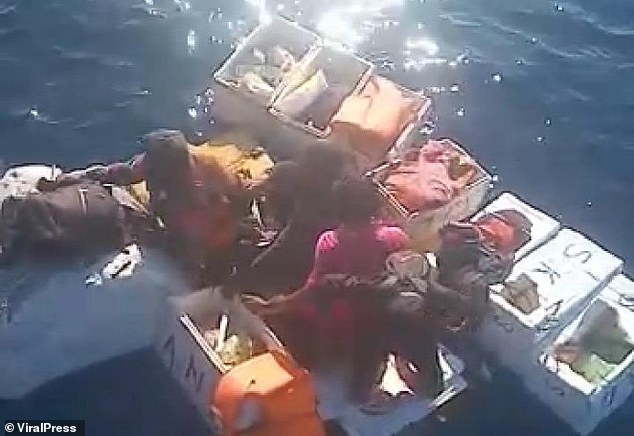 The four sailors – Rusiyadi, Muhammad Ajim, Ansori, and Ali Sabibi – were reported missing with their ship amid fears they had drowned.

But before they plunged into the choppy ocean they used a rope to make a life raft using empty iceboxes.

The seamen also stuffed some of their belongings and fresh supplies of water and dried food into the boxes.

A search and rescue operation was launched by coast guards and the four crew members of the ship were found drifting in the Bali Sea yesterday afternoon.

Wahyu said that local fishermen who helped search for the missing crew found them. They were then taken to the mainland for medical treatment. 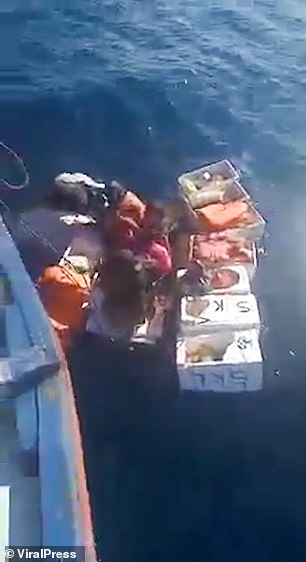 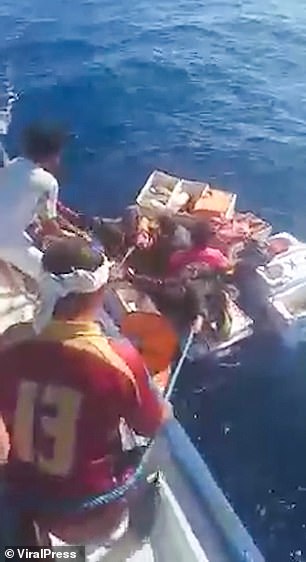 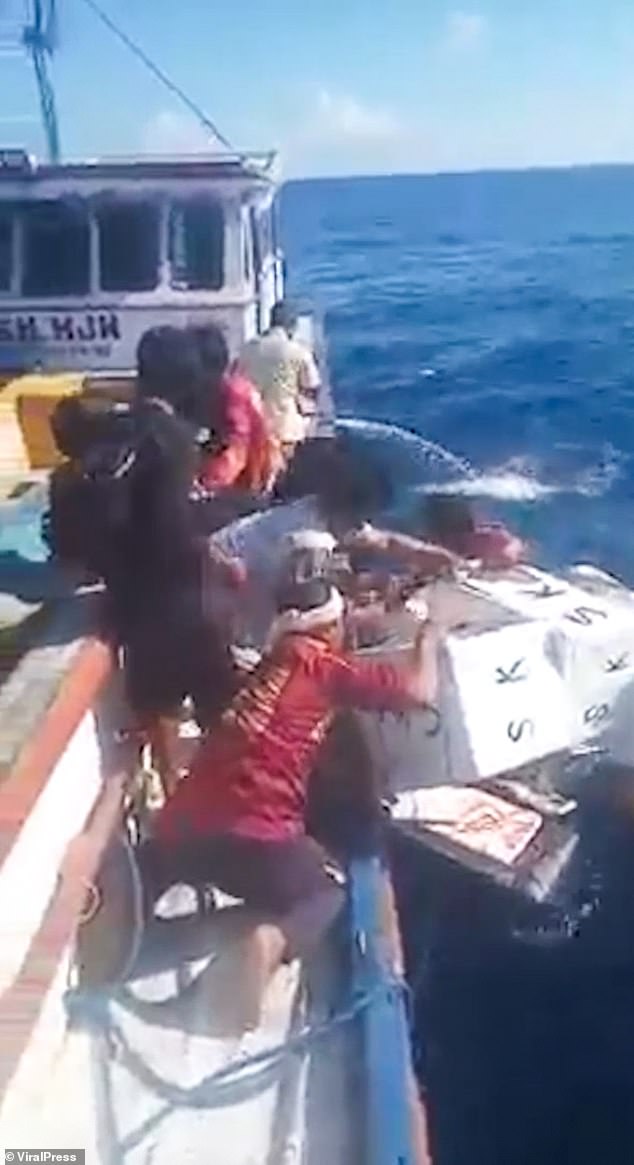 Wahyu added: ‘The rescued seamen have been evacuated to Sapeken Island have been assisted by the medical team and are now returning to their families.

‘They used the styrofoam ice boxes to stay afloat in the sea. They took fresh water with them and used it sparingly between them.’

The Zidane Express ship departed from Boom Beach in Banyuwangi to Sapeken Island in Madura, East Java Province on May 26. It was reported missing when they failed to return on May 28.

Head of the Surabaya SAR Office Hari Adi Purnomo said the rescue was launched shortly after the ship was confirmed missing.

Dozens of small vessels in the area were also alerted and ordered to keep a look out for the men.

The rescue chief said: ‘The KN SAR 234 team and an operational team from the Sumenep SAR Alert Unit departed from Kalianget pier, Sumenep Regency, to conduct a search with an area of ​​about 345 nautical miles.

‘We also informed several parties such as BP Migas, Maleo Drilling in the south of Sapudi Island and KEI Drilling.’