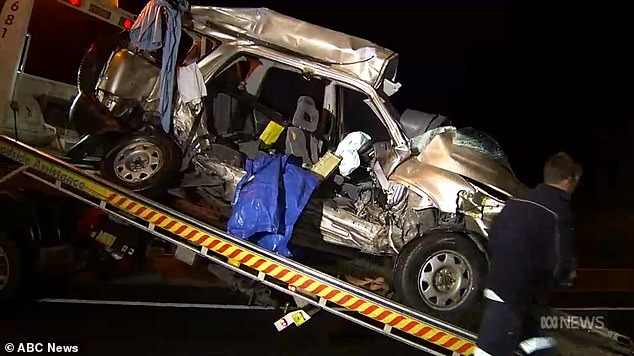 By Brittany Chain and Kylie Stevens For Daily Mail Australia

Four young women who were killed in a horrific car crash after failing to give way to a truck on a wet highway had only arrived in Australia weeks ago for a backpacking trip of a lifetime, it has emerged.

The group, who are all from South Korea, were living and working at a local orchard in Stanthorpe, 220 kilometres south-west of Brisbane.

All four women were killed instantly on Wednesday evening when their Honda CRV was T-boned as it turned onto the New England Highway between Warwick and Stanthorpe in the Southern Downs.

The women, all in their early 20s, had no relatives in Australia and the Korean Consulate is notifying their families back home of their deaths.

They were among many foreign backpackers who have flocked to Australia in recent months on a working holiday visa, with the international border now open for the first time in two years.

Assistant Commissioner Mike Condon said on Thursday it appeared to be a simple driving error that caused their deaths as they merged onto the highway. 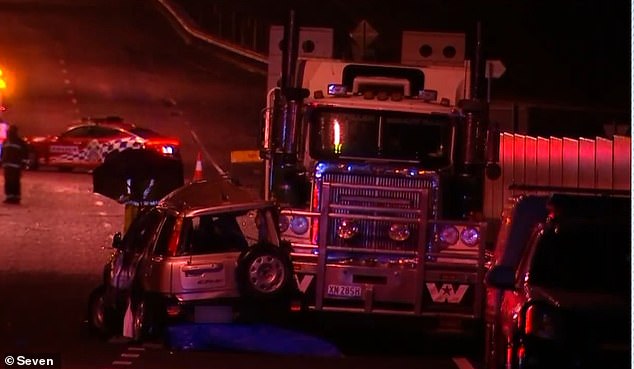 ‘It was raining but it would appear this was a simple ‘fail to give way’ and they moved out onto the highway and were struck on the driver’s side of the vehicle,’ he said.

‘The truck and the vehicle continued down the road until the truck stopped.’

Police have ruled out speed as a factor, but said it raises concern the influx of new backpackers unfamiliar with Australian roads and conditions may lead to further serious accidents.

‘It reinforces the issues we have with backpackers not understanding our road rules,’ he said.

‘We have a program where the Road Policing Unit works with the backpackers groups to reinforce the road rules.’

Locals said the particular bend in the road where the crash happened frequently causes issues for motorists.

‘There have been many collisions there over the years, it is not the best for visibility in certain times and weather conditions,’ one said.

The truck driver was taken to Toowoomba Base Hospital to be treated for shock but didn’t suffer any physical injuries.

He underwent mandatory drug and alcohol testing, with the results coming back negative.

‘The impact that this will have on the truck driver is certainly going to be an impact for the rest of his life.’ Senior Sergeant Gerard Brady said.

Police said the tragedy was a timely reminder to everyone to take care on the roads this Easter long weekend.

Superintendent Ray Rohweder noted it was a ‘devastating’ scene for first responders. 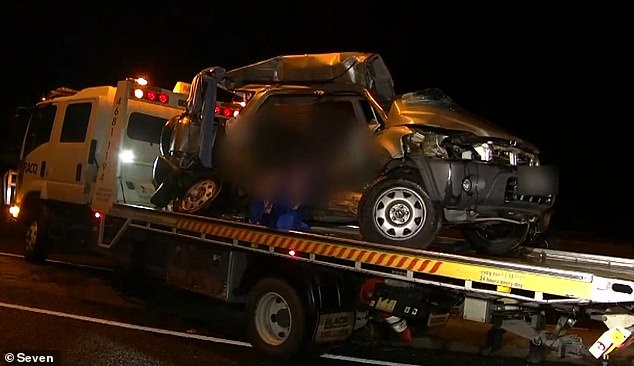 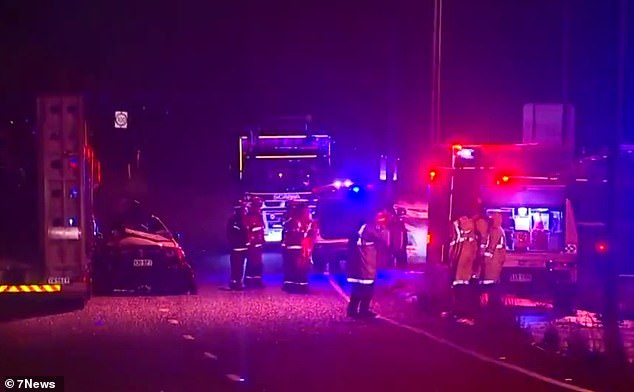 Pictured is the aftermath of the crash between a car and semi-trailer on the New England Highway near the Queensland-NSW border.

‘It’s not just airports that are busy, our roads are terribly busy, we ask people to drive to the conditions,’ Supt Ray Rohweder said.

‘It’s really important that you drive to the conditions and  to stop if you feel tired.’

He urged passengers to stay alert and notify the driver if they appeared tired or were not driving to the conditions.

The intersection was closed for six hours before it reopened early Thursday morning.

Police have urged anyone who witnessed the crash or has dashcam footage of the vehicles to come forward. 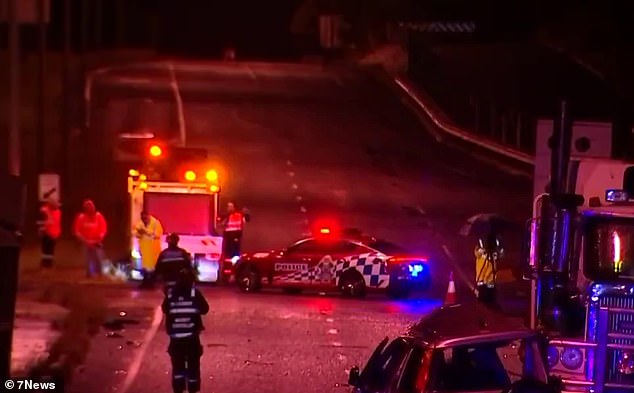 Young mother on maternity leave could be forced to return to work early after...

Dame Vanessa Redgrave is made a Commander of the British Empire