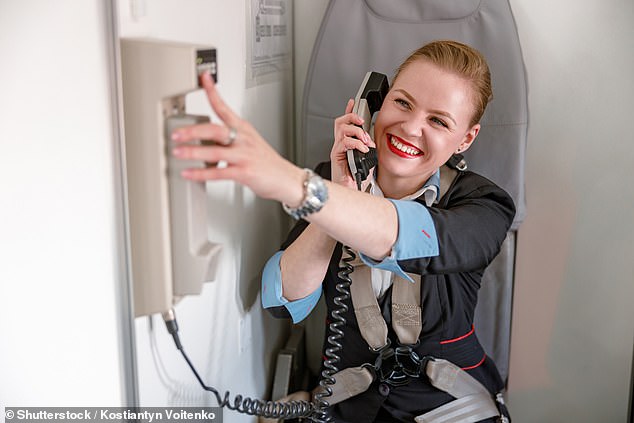 Frustrated flight attendants have revealed they often lie when passengers on long-haul trips ask them where they are flying over – as they don’t know the answer either.

Discussing what attendants get up to when not serving meals, air hostesses told an online forum they spend a lot of time dealing with the repetitive question from passengers.

This is despite most long-haul flights coming equipped with an on-screen map so  passengers can monitor their path.

‘People often ask us where we’re flying over,’ one wrote.

‘But we don’t know unless it’s extremely obvious… like the Grand Canyon.’

‘If we give you a legitimate answer, we are probably making it up.’

One worker disclosed the one lie most flight attendants always tell passengers relates to what city the plane was flying over, because air hostesses do not know this themselves (stock image)

The post received dozens of comments from other airline staff, with several flight attendants going into detail about their routines and what they do in between official duties.

‘[We’re usually] answering questions about connections and bags, or resetting the galley for the next flight if not going into a hub,’ said one woman.

‘Mostly thinking about the layover or the next flight – but sometimes I would read on long haul flights or red-eyes.’

Flight attendants also revealed that they often attempt to eat in between call bells and customer requests, but it does not always go well.

‘I try to have a meal, which is inevitably interrupted,’ a man said. ‘And I’m happy to help, but please, don’t talk or breathe over my food, don’t point and ask for some.’ 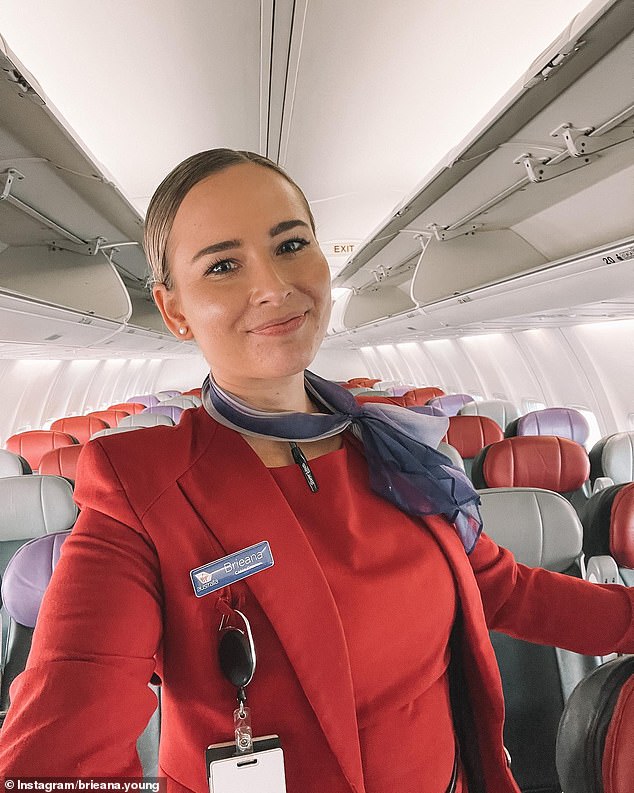 ‘Passengers often snarkily say “oh I thought there weren’t meals on this flight” – when I brought the food from home and eat during the only five minutes I have time to eat over the span of a 16-hour duty day.’

‘I especially hate when people come, see me eating, and ask me if they can get me to pick up their trash,’ another added.

‘Let me eat in peace – and keep my hands clean, I don’t want to touch your garbage and then go back to eating my ravioli.’

A Virgin Airlines stewardess also recently revealed how she packs her day bag for a flight and all the benefits she receives for working at the Australian company.

Brieana Young, who is a cabin manager, can work up to 144 hours a month which is calculated from the time she ‘checks’ in for a flight – usually an hour before – and 30 minutes after it lands. 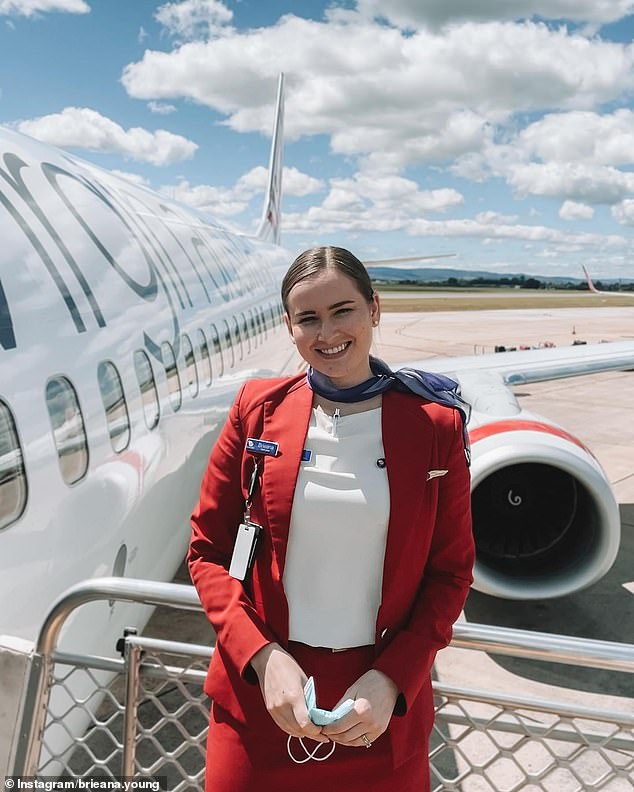 She brings a small packet of oats and tea for a snack on board as well as flat shoes to change into once the flight takes off. Female flight attendants must wear high heels before boarding

There are additional bonuses awarded for each hour she’s up in the air as well as if an unexpected layover in another state occurs and she can’t get back to her home in Melbourne.

Brieana is issued with a company-wide toiletry sized bag for carry on when she’s only flying domestically and will return home that evening.

It features two large compartments which she unpacked on camera to showcase what she keeps in each part.

She has Lucas Paw Paw Treatment for her lips – ‘if you’re from Australia you know how great these are’ – her Airpods and Palmolive hand sanitiser to top up throughout the flight.

Brieana also had spare Virgin Airlines face masks, some strawberry-scented hand cream and a tin from Bras And Things which promises to help with ‘any fashion emergency’. 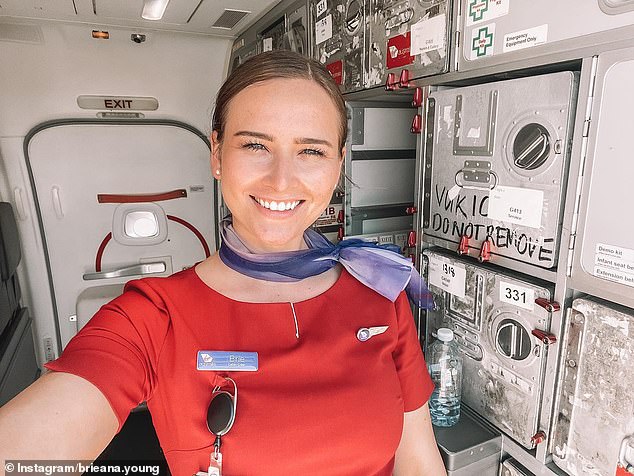 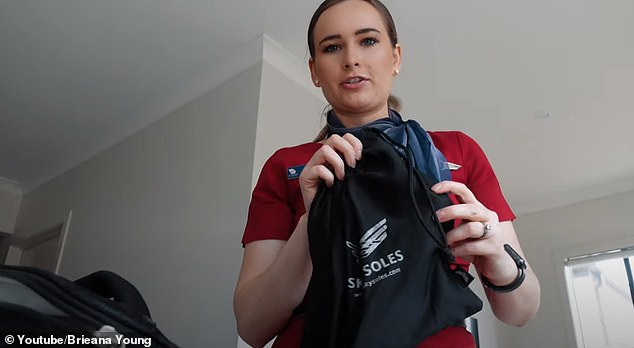 It contains hair ties, a small sewing kit and a lip balm for when she’s caught unawares in the middle of a flight.

‘I also have some pens, a lip liner, a torch to do our checks in the oven, my wallet and a cream to stop dermatitis on my hands,’ she said.

She pulled out a special pair of headphones she wears when crossing the tarmac and onto the airplane, which protects her ears from the noise.

‘I’ve got some sanitary pads and also a little case with all of my Invisalign needs inside it,’ Brieana continued.

In the fashion department Brieana’s bag contains a red coloured cardigan to keep her warm mid-flight, a hi-vis vest and an apron for service.

She brings a small packet of oats and tea for a snack on board as well as flat shoes to change into once the flight takes off. Female flight attendants must wear high heels before boarding.

‘This is my World Cup Final!’ Vardy vs Rooney: A Courtroom Drama viewers reveal...

New poll shows the GOP has a 5 POINT edge over Democrats in toss-up...