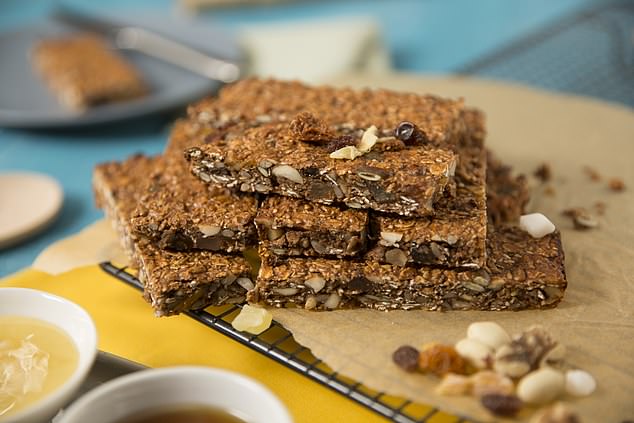 Today’s flapjacks have been determined to be sweets and not cakes in a tax tribunal on account of them not being eaten for afternoon tea, in a decision that is expected to cost manufacturers millions.

Ensuring their baked goods are classified as cakes is hugely significant for manufacturers, on account of cakes being VAT free in the UK.

This is due to a tax law that considers cakes to be a form of modified bread and therefore a food staple – rather than being classified as a luxury item.

But a decision made today overruled the cake status of all 36 flapjacks in Glanbia Milk’s range, with the judge saying they are so full of extra ingredients – and are so covered in toppings – that they can no longer be described as traditional flapjacks.

The ruling said they would not be something anyone would eat at ‘celebratory functions’, according to The Times.

The decision is expected to cost the Birmingham-based manufacturer millions of pounds in VAT payments, and could have a knock-on effect for other manufacturers as well, as it is possible HMRC could re-categorise all flapjacks.

Today’s flapjacks have been determined to be sweets and not cakes in a tax tribunal on account of them not being eaten for afternoon tea, in a decision that is expected to cost manufacturers millions

The Times reported that in order to determine whether the baked goods were cakes or not, the judges undertook a taste test.

They said that the flapjacks were individually wrapped and often marketed as having protein in them, and providing energy. The judges said they were dense, and had a similar consistency to fruit or energy bars.

‘The ordinary person would not consider this to be the typical texture of a cake,’ the judges Christopher Staker and Caroline Small said, the newspaper reported.

In their final verdict, the judges said they had considered whether the flapjacks would be eaten at ‘celebratory functions’ – such as a work event or a colleagues birthday party – deciding they would not be.

‘Most people regard an archetypal cake to be more pleasant to eat than other everyday food, due to its sweetness and texture. It is for this reason that cakes are typically eaten at celebratory functions,’ they said.

A cake ‘is something normally eaten sitting down, for instance as the dessert course of a meal or at an afternoon tea,’ they continued.

Flapjacks, they argued, would be out of place at such events.

It is not currently clear how much tax Glanbia Milk owes, but is expected to be a significant sum as it covers the company’s flapjack sales from 2016 to 2018.

While HMRC does not comment on specific cases, in a previous statement to the Reading Chronicle, the government’s tax body said: ‘The VAT rules require a business to charge VAT at the standard rate of 20 per cent on the sale of an item of confectionery, unless it is a cake or a biscuit not covered in chocolate.

‘For these purposes, confectionery includes any item of sweetened prepared food which is normally eaten with the fingers.

‘A product is a cake or a biscuit if it has sufficient characteristics to be so categorised. HMRC accepts that a traditional flapjack can be treated as a cake and zero rated. However, a product that contains different ingredients and, for example, has been developed as a sports nutrition product falls to be confectionery and is standard rated.’

Glanbia Milk declined to say whether it would appeal the decision when contacted by The Times, the newspaper reported.

The ruling goes against another in 1999, in which judges decided in favour of McVitie’s – ruling that the company’s Jaffa Cakes were in fact cakes, rather than biscuits, on account of them going hard when stale – as opposed to soft.

In Ireland, Jaffa Cakes meet the country’s Revenue Commissioners moisture content threshold of 12 percent, meaning they are also classified as cakes and are charged the country’s reduced rate of VAT of 13.5 percent.

Macron is overheard warning Biden over oil shortages at G7

Three Very simple Things You are able to do To save Time With Essay...