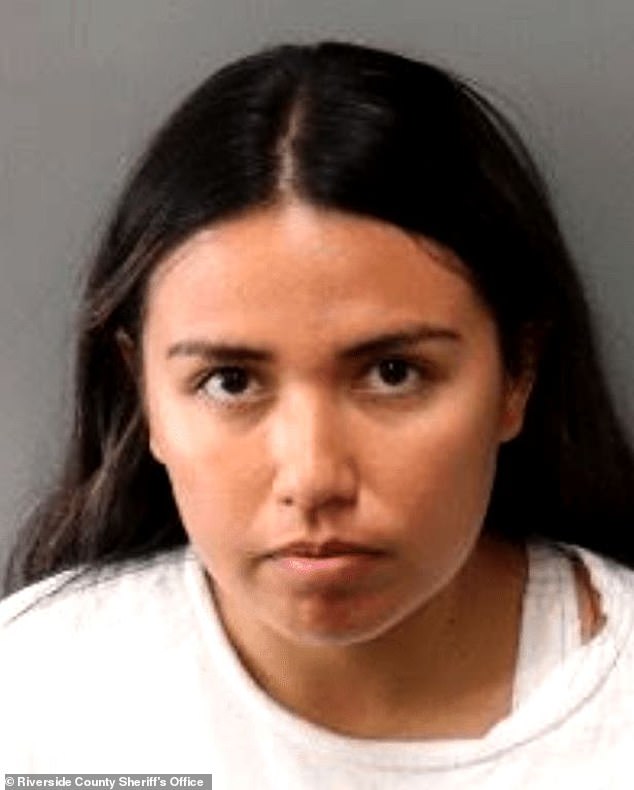 By Stephen M. Lepore For Dailymail.Com

An adult female teacher at a California high school faces charges of indecent behavior with an underaged male student after she was arrested Tuesday.

Amanda Quinonez, 30, served as an English-language arts teacher, as well as the swimming and water polo coach at Eleanor Roosevelt High School in East Vale, California.

The investigation discovered that one male student was involved and that Quinonez sent ‘explicit’ photos of a ‘sexual nature’ to him.

Quinonez was jailed at the Robert Presley Detention Center in Riverside, California on Tuesday. 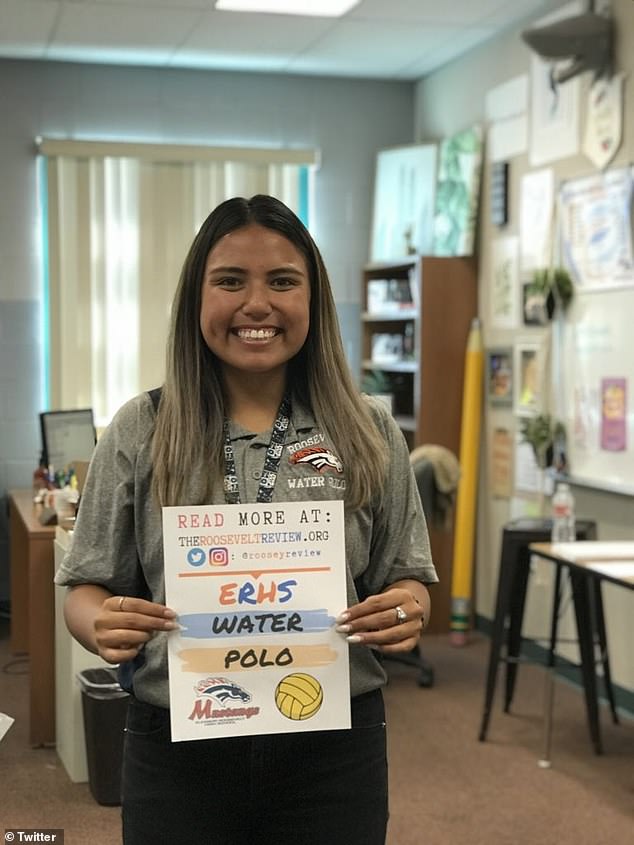 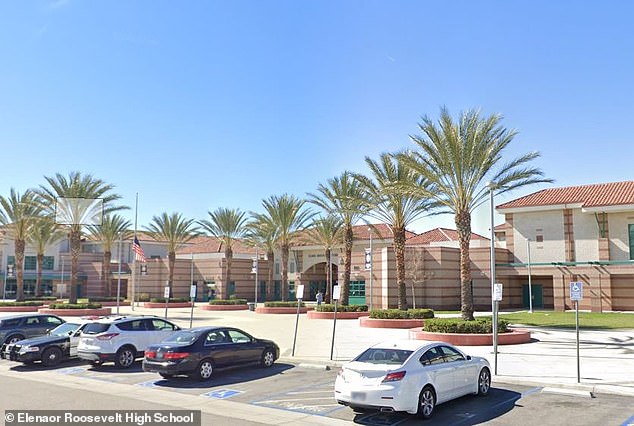 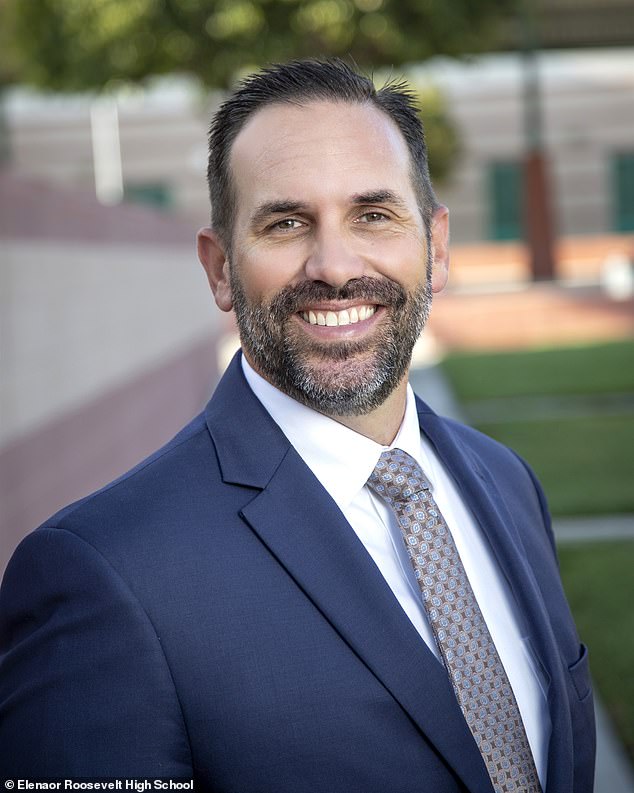 It’s unclear how long Quinonez had been coach or whether the student involved was on the team.

Eleanor Roosevelt High School has both a boys’ and girls’ water polo team. The school’s athletic website does not list her as a coach of either water polo team nor the swim teams, though a 2018 school newspaper feature lists her as the JV/freshman boys’ coach.

Roosevelt High School principal Dr. Greg Anderson, who took the position in early 2021, said the Corona-Norco School District and the school have zero-tolerance for behavior that endangers students.

Quinonez’s employment status following the arrest was not disclosed. She is still listed on the school’s staff directory.

This investigation is still ongoing. Anyone with information on the case is encouraged to call the sheriff’s office at (951) 203-4306.

This is the second time in recent years the Southern California school has been faced with sexual misconduct from a coach and teacher.

In 2019, Joe Robles Jr., a then-36-year-old cross country and track coach, was charged with charged with forcible rape and other felony counts after accusations of sexually assaulting and harassing female students, NBC Los Angeles reported.

He’s since been convicted, according to attorneys.

German ‘heiress’ Anna Sorokin, 31, rather be in prison in Unites States than free...

Different Types of Biometrics Access Control that You Should Know