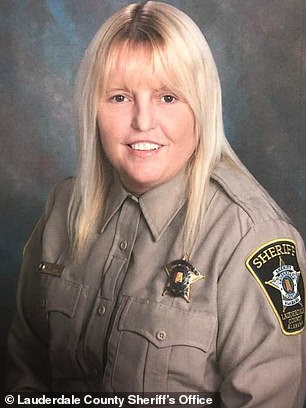 A female guard who orchestrated a murder suspect’s escape from a prison in Alabama was in a ‘special relationship’ with the thug, police have revealed.

Vicky and Casey White, who are not related, were seeing each other while he languished in Lauderdale County jail, inmates told cops.

The pair were said to have grown close while the accused killer – who is a 6ft 9in giant – was locked and she was working.

It comes as the US Marshals Service said the pair may have made off in 2007 Ford Edge that is copper in color.

A statement, which was quickly deleted online, said the vehicle had a bit of damage to the left rear bumper.

Lauderdale County Sheriff’s Office confirmed through inmates that Vicky, an assistant director at the prison, and Casey had a ‘special relationship’.

They said they had used ‘independent sources and means’ to determine the pair had been involved.

The pair escaped on Friday after Vicky told superiors she was going to take Casey for a mental health evaluation. It was set to be Vicky’s last day of work after two decades of service. 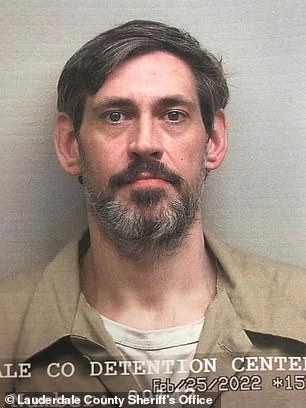 Corrections officer Vicky White (left) went missing on Friday evening after collecting Casey White, no relation, from county jail by herself in violation of protocol 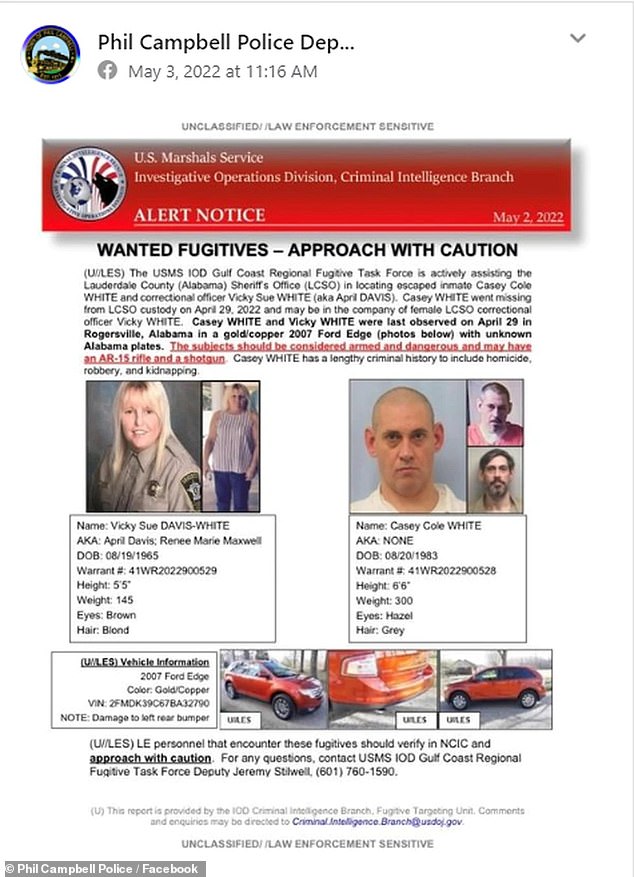 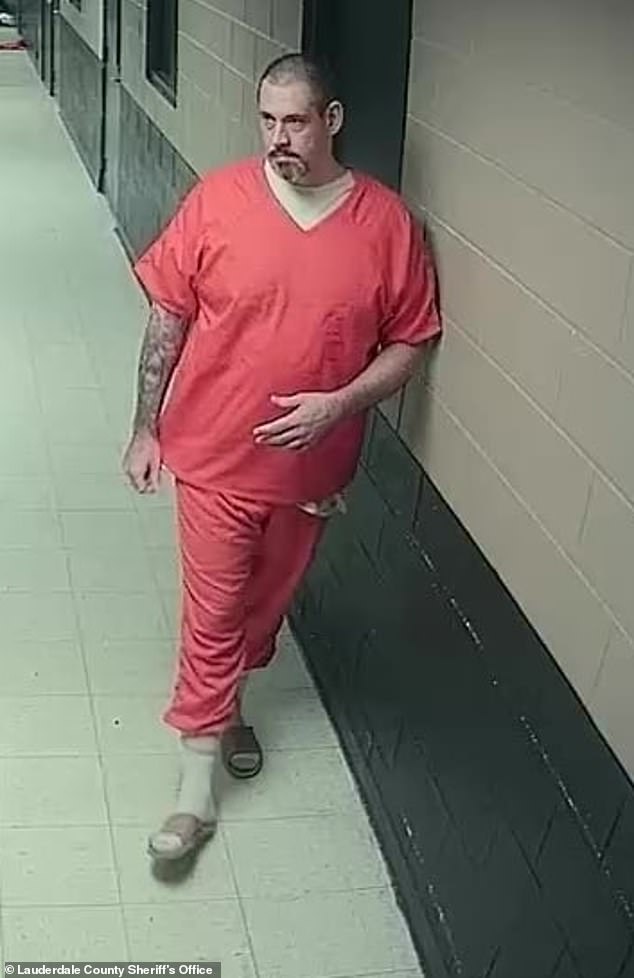 In 2020, Casey’s request to be transferred out of prison and into the county jail was denied after authorities found a makeshift knife stashed in the shower that they believed he intended to use to force someone to let him out

In 2020, Casey’s request to be transferred out of prison and into the county jail was denied after authorities found a makeshift knife stashed in the shower that they believed he intended to use to force someone to let him out.

But he was moved to the jail anyway in order to face capital murder charges for the death of Ridgeway.

On Friday, Vicky White told a booking officer she was escorting Casey to the county courthouse for a mental health evaluation. The move was against protocol for Casey, who was always meant to have at least two guards with him.

No such evaluation was scheduled that day.

She also said she was going to a medical appointment for herself, which was confirmed by the doctors’ office, but for which she never showed.

Lauderdale County Sheriff Rick Singleton said Casey was ‘handcuffed and shackled’ in the back of Vicky’s patrol car when they both left the county jail that morning.

From there, they went straight to the parking lot of a nearby shopping center.

‘There was not enough time for them to even attempt to try to come to the courthouse,’ Singleton said.

The car was spotted in the parking lot an hour-and-a-half later.

Vicky had filed for retirement a day before her disappearance. She was also living with her mother after recently selling her home.

‘All of her co-workers are devastated. We’ve never had any situation like this with Vicky White. She was a model employee,’ Singleton told CNN.

‘If she did this willingly, and all indications are that she did … I guess we’re trying to hold on to that last straw of hope that maybe for some reason she was threatened and did this under coercion, but absolutely you’d feel betrayed,’ he added. 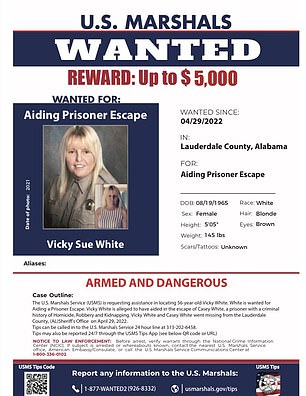 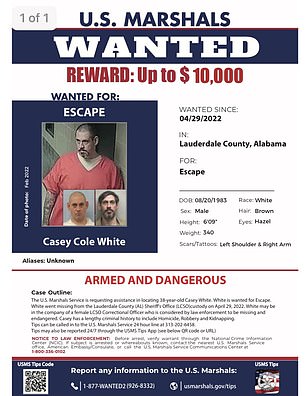 On Monday morning, Singleton told NBC’s Today Show: ‘All indications are that she assisted him escape. The question we’re trying to answer … is, well did she do that willingly or was someone from outside threatening her?’

Friday was slated to be her last day on the job, Singleton said Monday afternoon, adding that she ‘talked about going to the beach.’

Vicky may be flush with cash from the recent sale of her home, he said.

The sheriff warned: ‘Casey White is an extremely dangerous person. We need to get him located and get him off the street.’

Vicky is facing charges of ‘permitting or facilitating an escape in the first degree,’ a felony that carries a maximum prison term of 10 years.

But those who knew Vicky say that helping Casey would be out of character for the guard, who was voted ’employee of the year’ four times during her 17 years at the sheriff’s office.

‘This is not the Vicky White we know, by any stretch of the imagination,’ Sheriff Singleton said.

Friday was slated to be her last day on the job, he added, revealing that she ‘talked about going to the beach.’

Vicky’s mother Pat Davis doesn’t believe her daughter would willingly help an inmate she never even talked about.

Before escaping with Casey on Friday, Vicky had sold her house and filed for retirement.

Deputies charged her with ‘permitting or facilitating an escape in the first degree’ on Monday. 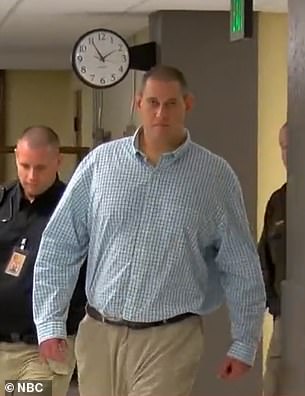 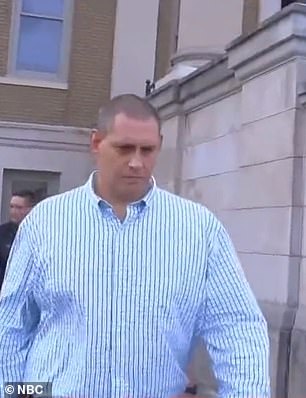 Casey White, above in February 2019, was arrested in 2015 for a crime spree in which he shot at his ex-girlfriend. He previously told police he’d kill her if he got out 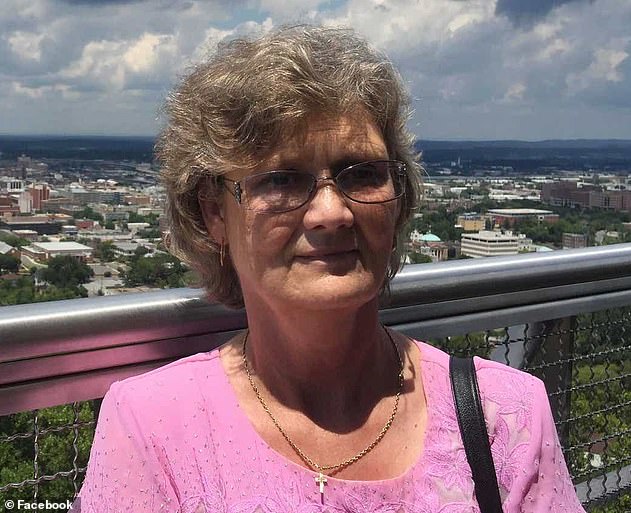 Connie Ridgeway, 59, was killed in her home at Meadowland Apartments in Rogersville, Alabama in 2015. Casey White said he was paid to kill her

Casey White has been described as a  ‘dangerous monster’ who promised to kill his ex-girlfriend if he ever got out.

In December 2015, he broke into a home in Athens and ordered two men to get down on the ground at gunpoint, according to court documents.

He fired multiple shots and left bullet holes in the wall during the rampage but his ex-girlfriend managed to escape.

Two young children were found hiding in the basement, while a dog was found shot dead in a hallway, Fox News reports.

‘He stated that he wanted to kill her and have the police kill him,’ according to a police report.

‘His only regret was that neither was successful. He stated that if he was released he would kill the victim.’

He was eventually convicted on nine counts including attempted murder, kidnapping and animal cruelty and was sentenced to 75 years in prison.

Casey’s arrest at the age of 32 finally came after he engaged in a crime spree that played out in two counties in Tennessee and Alabama in December 2015.

In one night, he staged a home invasion and carjacked two vehicles at gunpoint, shooting one person in the arm, WHNT reports.

The crimes were followed by a chase where speeds reached more than 100 miles per hour. 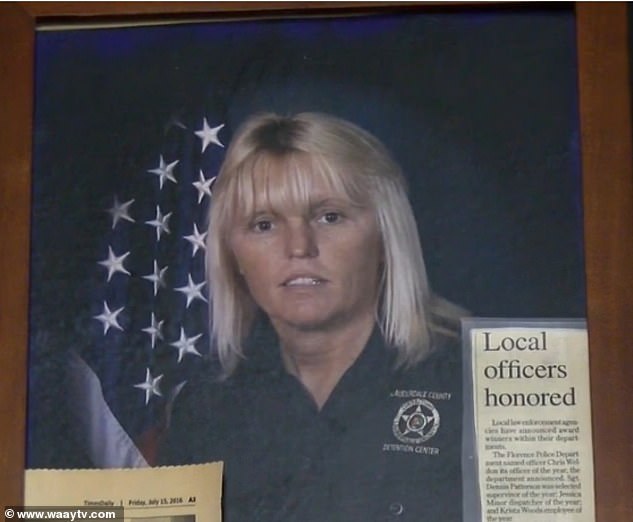 Vicky’s mother says that her daughter, who was named ’employee of the year’ four times and was living with her after selling her house five weeks ago, never mentioned an inmate 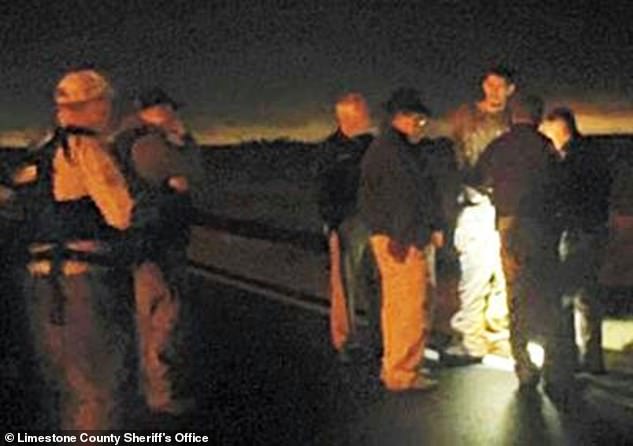 Police are pictured in December 2015 taking Casey into custody after a wild rampage across Tennessee and Alabama that ended in a 100mph car chase, and his stolen car stuck in a field

It ended with a stolen car stuck in a field south of Huntsville, and officers – who were evidently well known to him – pleading with him to put down his gun and give himself up.

While serving time in June 2020, he confessed to killing 59-year-old Connie Ridgeway in a murder-for-hire plot two months before the crime spree.

Ridgeway was killed in her home at Meadowland Apartments in Rogersville, Alabama in 2015, according to WAFF.

He said he was paid to kill her, although no motive for hiring a hitman has ever been disclosed.

He pleaded not guilty on grounds of insanity and was temporarily moved from prison to the Lauderdale County jail to face trial.

That’s when he escaped with the help of Assistant Director of Corrections Vicky White.

Anthony Albanese is booed at Bluesfest with Jimmy Barnes before the audience changes their...

Tom Brady is all smiles as the Tampa Bay Buccaneers look to extend win...

Natalie Roser raises temperatures in Palm Springs as she takes a dip in a...

The US is number one for dictators, oligarchs and crooks to stash their dirty...