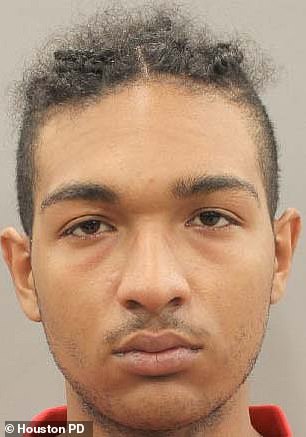 Family Dollar worker, 21, is charged with murder after emptying entire clip into the back of a 49-year-old shoplifter who stole motor oil

By Christina Coulter For Dailymail.Com

A shocking clip shows the moment a Houston Family Dollar employee killed a shoplifter, firing six shots into his back as he fled the store with motor oil.

Antonio Batres, 21, faces a murder charge after he emptied the clip of his Glock 9mm pistol into 49-year-old Troy Odom around 4.30 pm on April 17 as shoppers looked on.

In video taken by a shopper, two store employees are seen confronting Odom – one of the men can be heard shouting unintelligibly. Bottles of motor oil are strewn across the ground.

‘He had that all in his pants,’ says the woman filming the video. ‘He had a lot of fuel.’

‘He need to chill out,’ the woman says as the shoplifter leaves the store, the two employees following him. It is unclear if he had motor oil or any other merchandise with him.

Batres can be seen aiming, taking a wide stance and firing. Odom collapses out of view, and can be heard shrieking as six shots ring out.

‘Further investigation determined the victim had his back toward Batres, who then pulled out a pistol and shot the victim several times,’ reads a press release from the Houston Police Department. 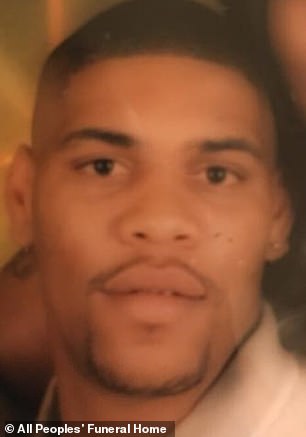 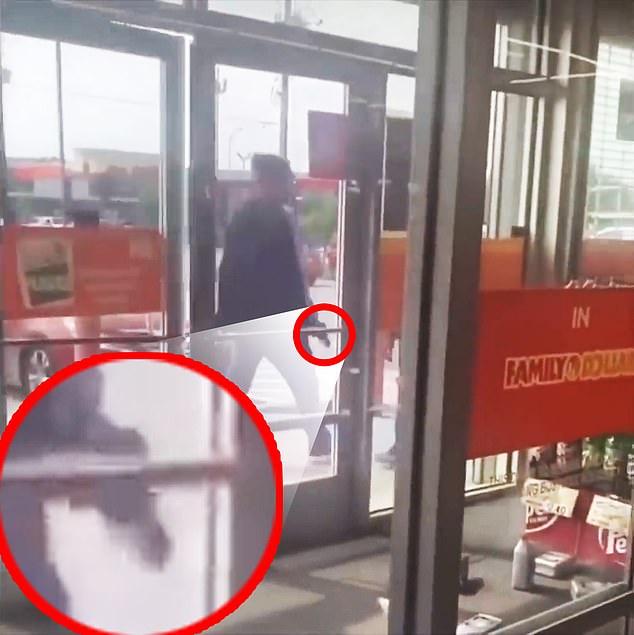 Batres is pictured the moment before he begins firing his Glock 9mm pistol. He is currently being held on $75,000 bail, and was arrested after the shooting without incident

Police could not tell DailyMail.com whether the weapon was owned legally.

Odom was taken to an area hospital, where he was pronounced dead. The All People’s Funeral Home in Houston confirmed that his funeral services were scheduled for Tuesday.

His brother, Darrell Odom, told DailyMail.com that his brother ‘had his struggles in life, but was a good man.’

‘I failed him because I promised my mom I would watch over him… I only hope she forgives me. I hope [Batres] gets the death penalty.’

The outlet reported that Batres had worked at the 7545 Martin Luther King Boulevard store in South Houston part-time for two or three months.

Less than a month earlier, on March 30, another shooting took place at a different Family Dollar location on Collingsworth Street in Houston – this time, a store clerk was shot in an armed robbery.

That victim, who was not named by police, survived the shooting with non-life threatening injuries. Two other employees and customers were inside the store at the time. 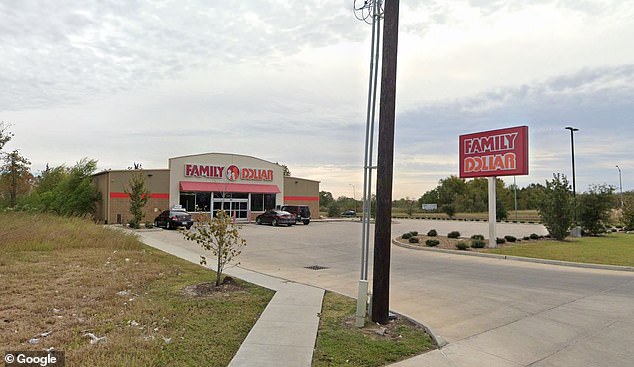 Kourtney Kardashian explores wacky treatments after IVF fail to have a baby with Travis...