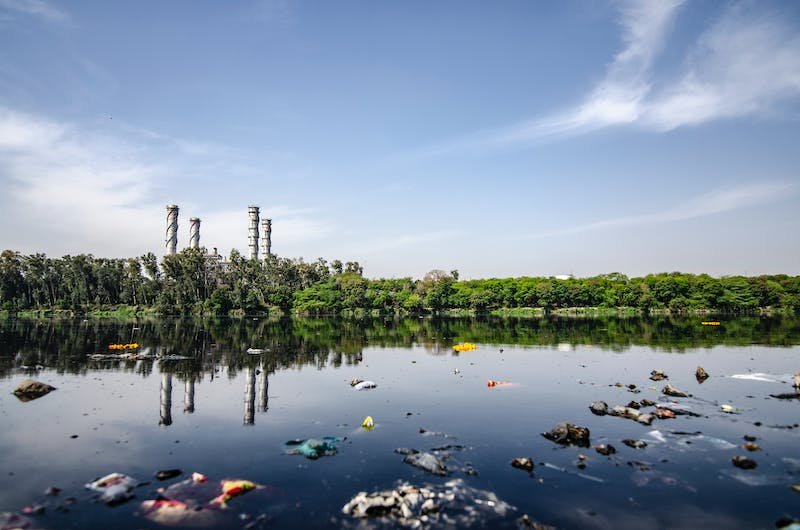 Water is an essential element for life. Without it, people cannot survive for more than a few days. Water is also one of the significant sources of disease throughout history.

In fact, according to a recent survey from UNICEF, around 2 billion people worldwide do not have access to adequately managed water. What’s sad is that it also predicts that the condition will remain the same until 2030. This guide will discuss the potential health impact of exposure to contaminated water.

Natural contaminants include floods, hurricanes, and earthquakes that can cause pipes to break and contaminate the water supply. In addition, natural processes like erosion or runoff from agricultural or industrial waste can also carry harmful substances into waterways.

Human sources of contamination can include sewage overflows, leaking septic tanks, and faulty home plumbing systems that allow dangerous bacteria and other microorganisms to enter your drinking water system.

The long-term use of antibiotics in humans has led to increased antibiotic resistance among bacteria. This has contributed to many people being sickened by pathogens that previously would have been easily treatable with an antibiotic prescribed by their doctor.

How Water Contamination Exposure Can Impact Your Health

One of the most prominent examples of this is Camp Lejeune. Veterans and other people stationed at Camp Lejeune were exposed to contaminated water between August 1953 and December 1987. The water contained harmful chemicals like PCE or PERC, TCE, benzene, and vinyl chloride.

These chemicals were later linked to many diseases, primarily cancers. So many lawsuits were filed for compensation for the sufferings that a new act was enacted to address them. President Biden signed and brought The Camp Lejeune Justice Act into effect in 2022.

The Camp Lejeune Justice Act is a part of the Honoring Our Pact Act. It is created to help veterans claim their compensation and other benefits seamlessly without hassle. If you or a loved one was stationed at Camp Lejeune between the said dates and went on to develop cancer, consult a lawyer and file a lawsuit to get the benefits.

Diarrhea can be defined as increased bowel movement frequency, with looser stools than usual. Diarrhea is a common symptom of water contamination and can lead to dehydration if you don’t replace lost fluids. It can also cause malnutrition by preventing your body from absorbing vitamins and nutrients from food.

Bacteria, viruses, or parasites like giardiasis or cryptosporidiosis may cause diarrhea caused by contaminated water. If you experience diarrhea after drinking contaminated water, it’s vital to seek medical treatment for any underlying infections, so they don’t worsen over time.

Diarrhea is the most common disease associated with water contamination. A recent study published in the Frontiers journal states that 80% of human-generated waste is discharged into rivers and oceans without treatment. The study was conducted to monitor the effectiveness of such contaminated water on health.

The study concluded that contaminated water could significantly impact your health. However, age, region, gender, and some other factors can play a role in determining how severe a condition you get diagnosed with. The study also found that diarrhea is the most common disease caused by water pollution.

Cholera is a bacterial infection that causes diarrhea and vomiting. If left untreated, it can be fatal. People with cholera have a higher risk of dying if they’re pregnant or have an infant younger than 1-year-old. Cholera is caused by the bacterium Vibrio cholera, which lives in water contaminated with sewage.

You can see this in play in a recent study. The study published in the BMC journal analyzed the cholera outbreak in Kampala City, Uganda. The study found that the outbreak resulted from drinking contaminated water from an unprotected well.

While typhoid fever is not as common in the United States as it once was, it’s still a serious illness that can cause death if left untreated. Typhoid is caused by eating or drinking food or water contaminated with Salmonella typhi. Symptoms of typhoid include fever, headache, weakness, loss of appetite, and constipation.

If you are exposed to contaminated water and your immune system is healthy, you may only experience mild symptoms such as diarrhea or nausea for a few days before getting better on its own. However, suppose you live in an area where many people have been infected with this disease. In that case, your risk for more severe complications, such as chronic gastrointestinal problems, increases dramatically.

Mental health is integral to your overall well-being. It includes your ability to cope with daily stresses and your long-term stability. Your mental health plays a big role in how you interact with others and the world around you.

Mental health issues can come about when someone experiences something traumatic or stressful that affects their capacity to function normally. According to Environmental Health News, exposure to contaminated water may be a source of trauma and stress for some people.

For example, an individual drinking tainted water might find it difficult or impossible to return home after exposure due to serious illness or injury associated with drinking unsafe water. This could lead them to homelessness, which experts know is physically and mentally detrimental.

Another possibility is that when faced with financial difficulties due to having spent money on medical bills related directly or indirectly to contaminated water exposure. The victim may need psychological support since there are no other options left open anymore but instead, just waiting around until everything passes over again.

While water contamination is a severe problem, there are ways to protect yourself. You should always test your home’s water for contaminants and make sure it is free of harmful bacteria, viruses, and other substances. If you find any contaminants in your drinking water supply, talk with a professional plumber about removing them from your home.

Ginger Powder: What Is It, How Does It Work, and What Are the Health Benefits?

Beautiful Hair With No Cares?: A Guide to RU58841 Side Effects