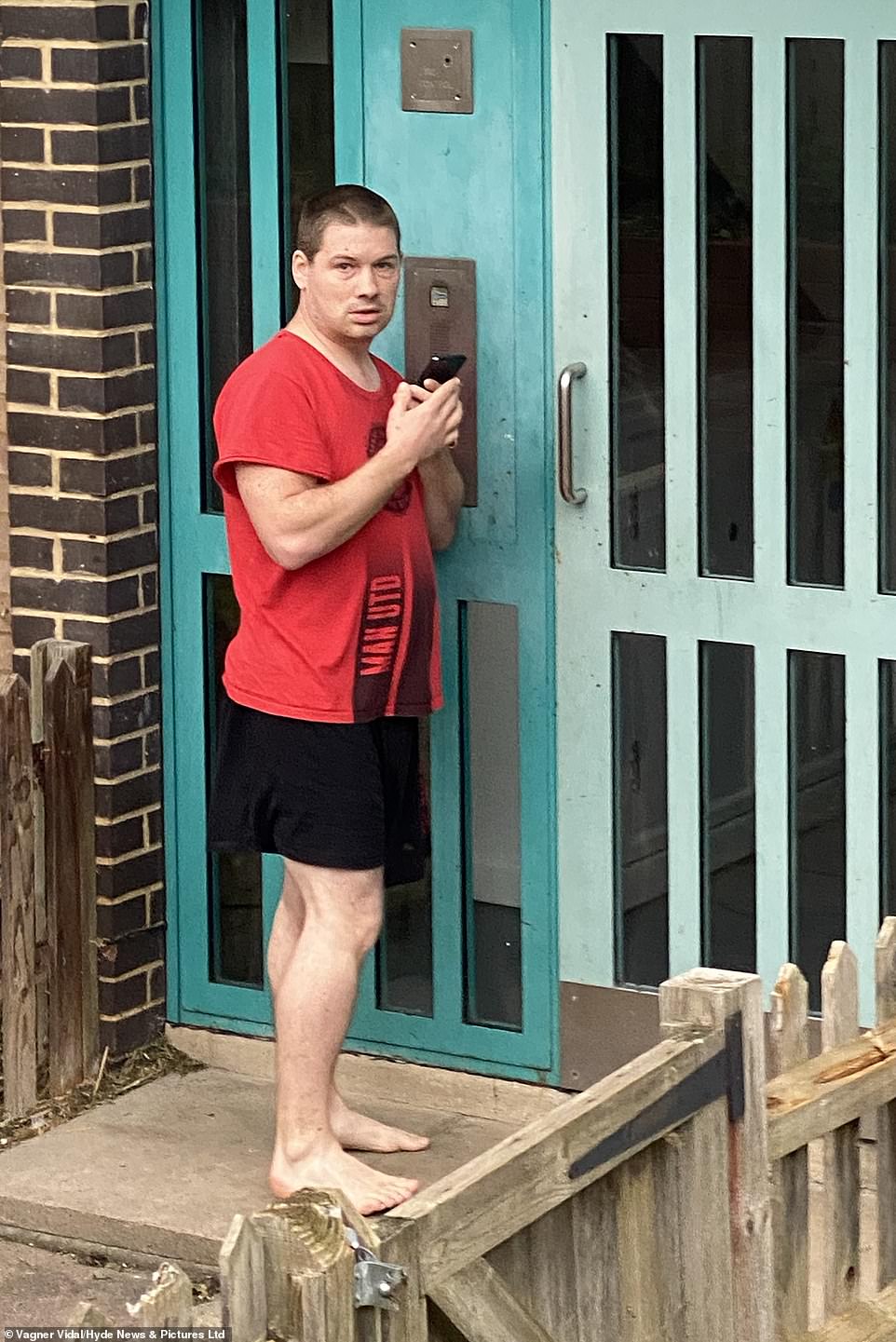 This is the driver who intentionally delayed an ambulance attending to a collapsed man by blocking it from passing his car.

Paramedics responding to a medical emergency were driving along the A4 Bath Road in Reading towards Maidenhead, Berks, on February 2 when they overtook a red Suzuki Vitara, driven by Albert Butler.

The ambulance driver had switched on the blue lights and siren, but Butler, 38, decided to pull out directly in front of the vehicle and brake – intentionally slowing it down.

The ambulance continued along the A4 after other members of the public pulled over to let it pass, but Butler proceeded to overtake the vehicles before slowing down again, blocking the ambulance’s path.

Butler was described as a ‘nasty piece of work’ and ‘aggressive’ by neighbours at his former home in Rainham, Essex.

One neighbour, who gave her name only as Christine, told MailOnline: ‘He’s a nasty piece of work that man.

‘He would stand across the road staring at us and waving his fists at us over nothing. 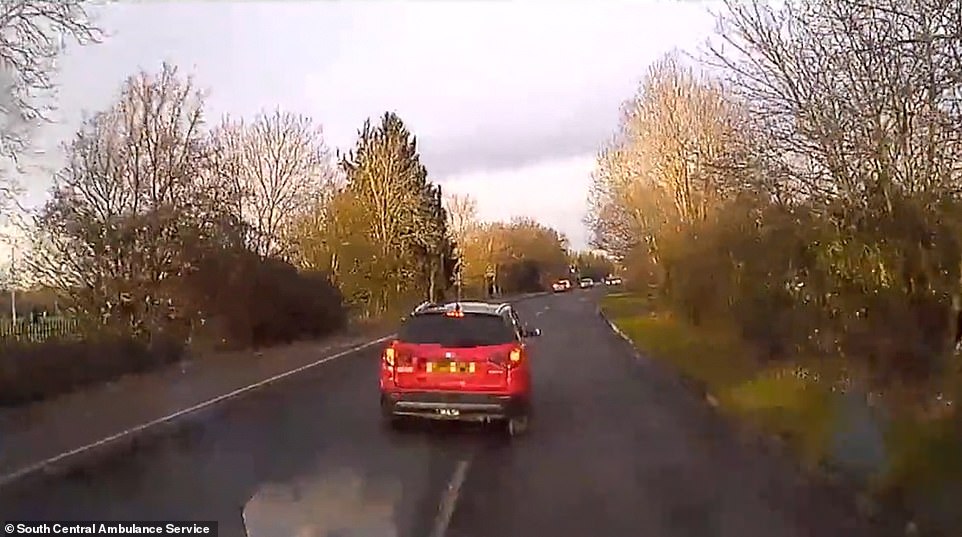 Albert Butler, 38, was driving his red Suzuki Vitara when he kept blocking the ambulance

‘One day he threw a plastic block at me.’

Answering the door to his home in a block of flats, a clearly surprised Butler, dressed in a red Manchester United t-shirt and black shorts, shouted: ‘Leave now. I am not happy about this.’

When he was asked if he wanted to comment on his conviction, he said: ‘No I’m sorry.’

Moments later, he stormed out of the flats in his bare feet and stomped down the pavement while using his mobile phone to take pictures of the journalist and called the police.

Butler, who now has a suspended jail sentence hanging over his head, then became flustered and angry as he arrived at the blue-painted communal front door of his block of flats when he realised he had locked himself out.

In the video he obstructed the path of the emergency service vehicle again as it continued on to Wargrave Road by applying the brakes heavily, weaving into the centre of the highway, and encroaching on the wrong side of the road.

His reckless driving was captured on the ambulance dash-cam and partly recorded by a paramedic in the passenger seat on her phone. 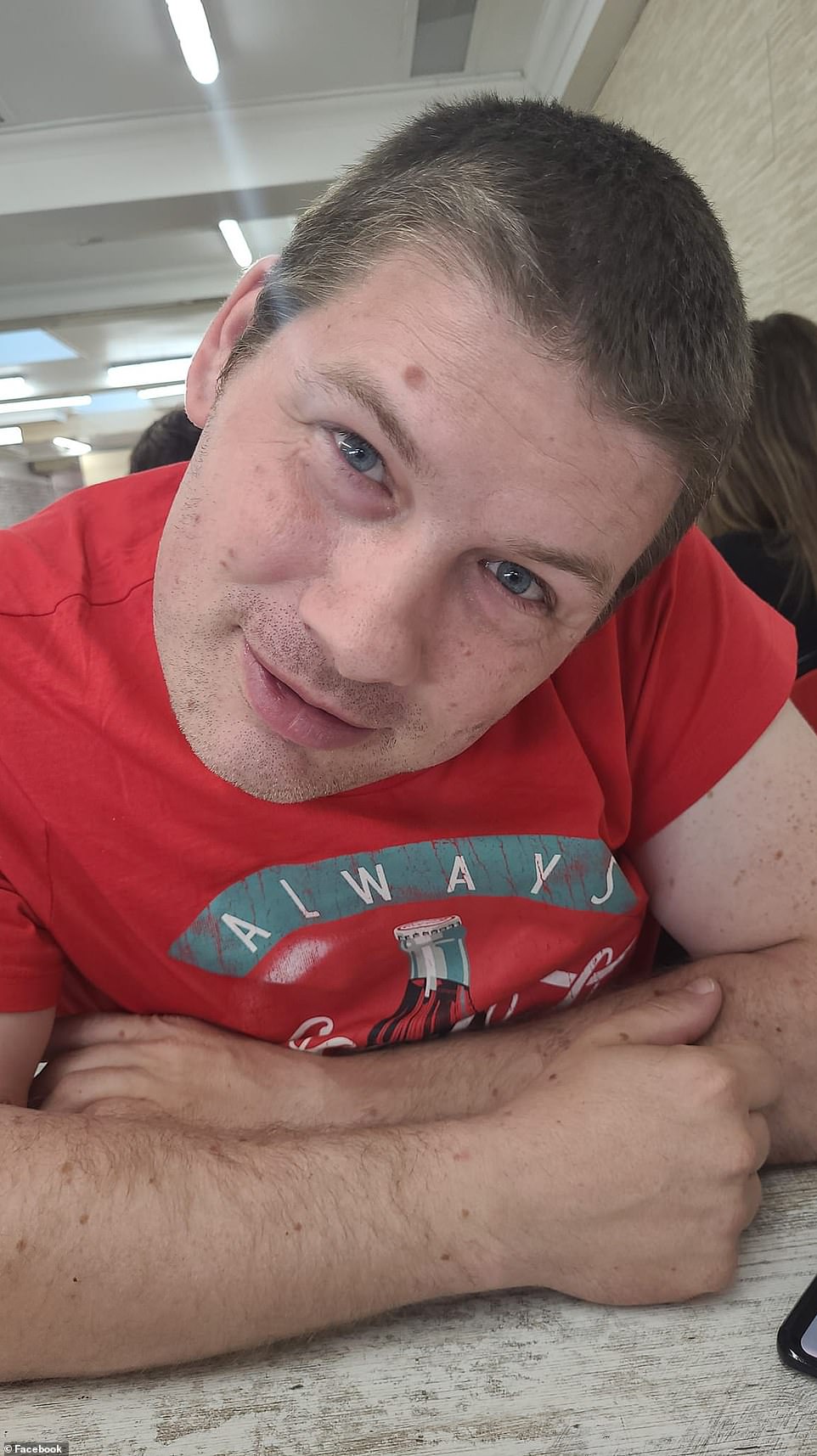 Paramedics responding to a medical emergency were driving along the A4 Bath Road in Reading towards Maidenhead, Berks, on February 2 when they overtook a red Suzuki Vitara, driven by Albert Butler (pictured) 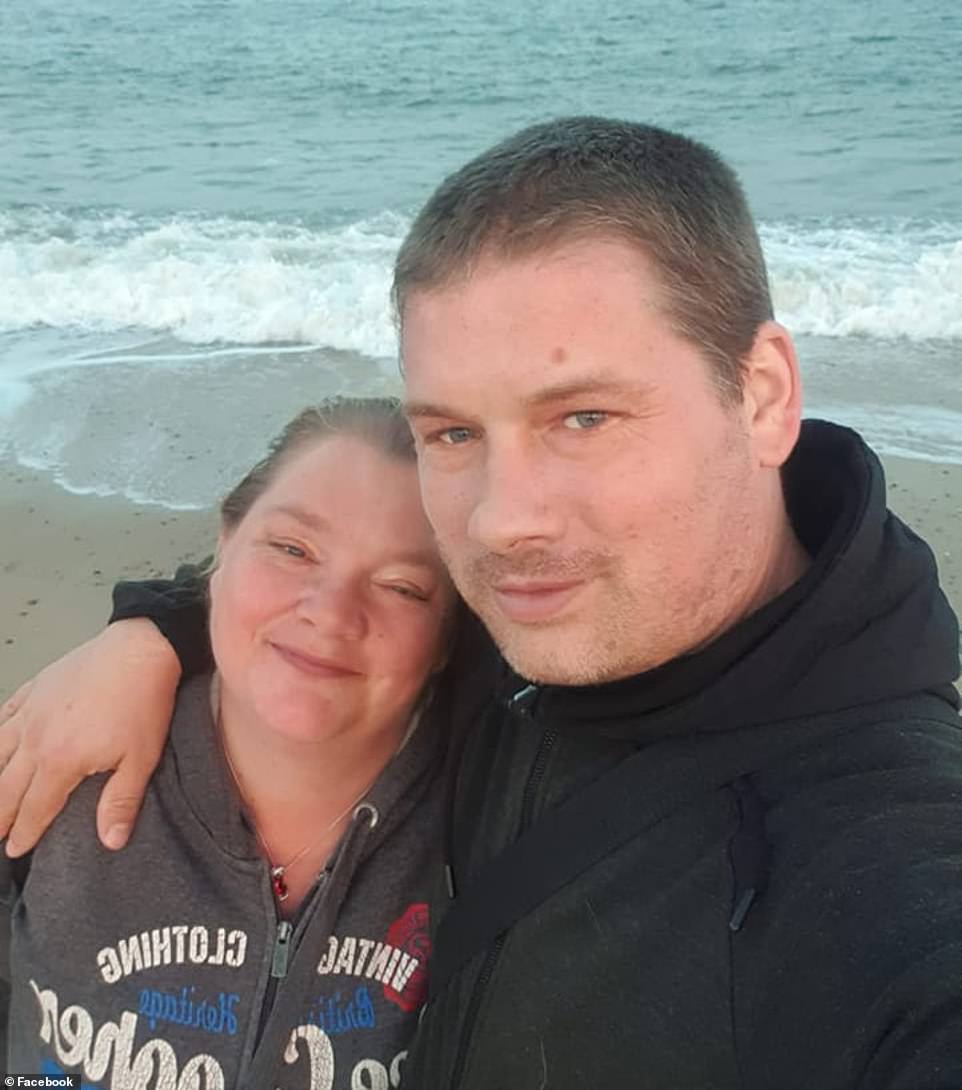 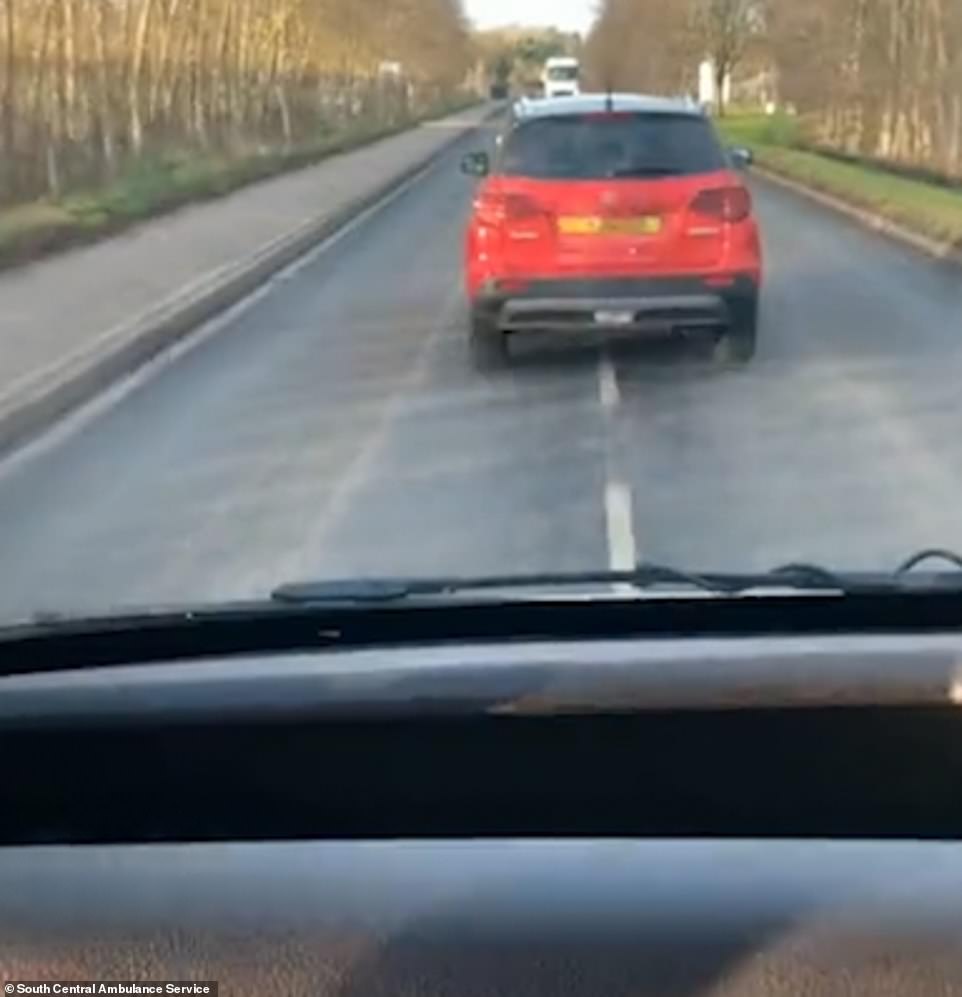 The ambulance had been driving to go and help treat a collapsed man in Maidenhead, Berks

He pleaded guilty to both offences in a hearing at Reading Magistrates Court on August 10 and the case was adjourned for sentencing to Reading Crown Court on November 2.

He was also banned from driving for three years and ordered to pay costs of £600.

‘In deliberately attempting to hinder the progress of this ambulance, he was putting other road at great risk, and at the same time, delaying an emergency vehicle en route to a medical emergency. 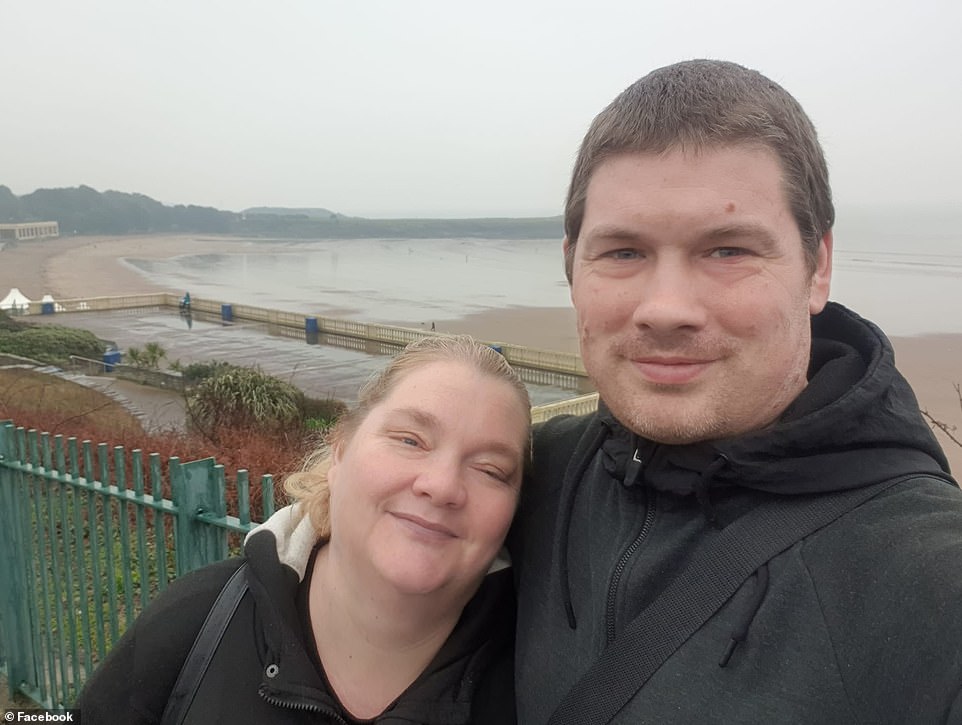 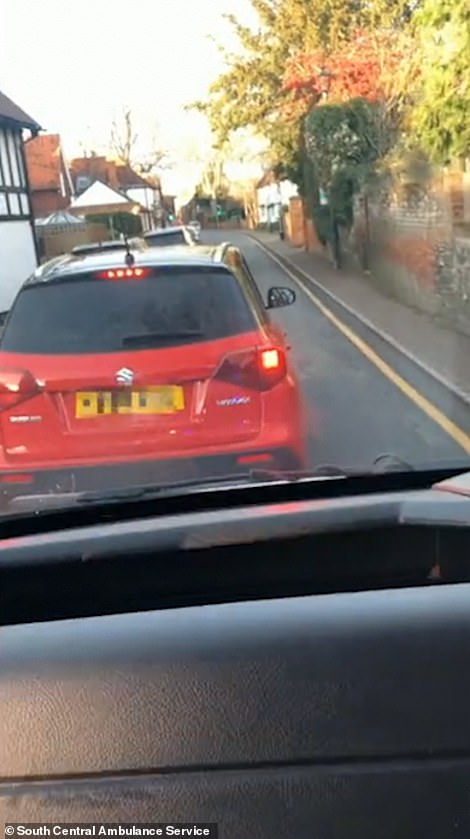 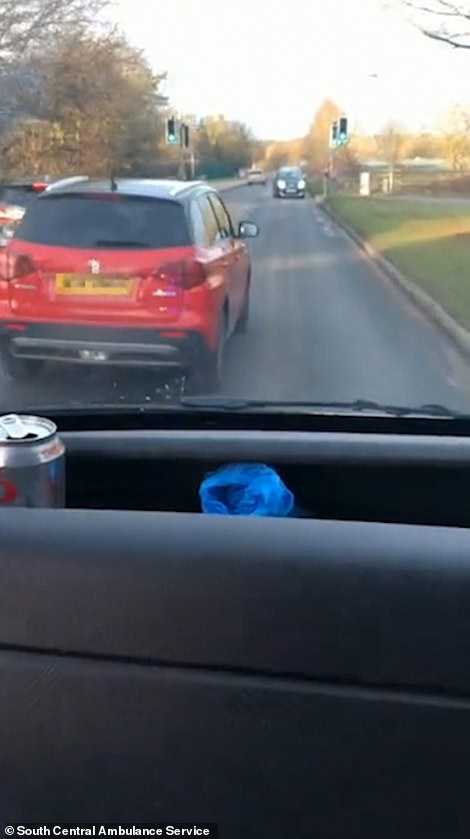 ‘This sort of behaviour on our roads will not be tolerated and we will take robust action against anybody who seeks to drive in this manner.

‘Butler will have to complete an extended driving test at the conclusion of his disqualification in order to get his licence back, and has been given a suspended prison sentence, which will be enacted immediately should he be convicted of any other offences.

‘When you see an emergency vehicle with blue lights and sirens activated, please allow them to pass when it is safe to do so.

‘Seconds can make all the difference when an ambulance is on an emergency call, and the delays that Butler caused could have had significant impacts to the call that they were attending.’

Mark Ainsworth, Director of Operations at South Central Ambulance Service NHS Foundation Trust, added: ‘This was the worst standard of driving suffered by one of our hard-working ambulance crews who were responding on blue lights to a potentially very serious emergency that I have ever seen.

‘Our ambulance crews are highly-trained, able to safely drive at speed when necessary and I’m thankful that the vast majority of other road users are considerate when we need to travel on emergency lights.

‘In this case, however, the senseless and irresponsible actions undertaken by the defendant put himself, other road users and our ambulance crew at risk of serious injury or even worse.

‘I have been in touch with the crew and thanked them for maintaining their professionalism at such a distressing time.

‘I would also like to thank Thames Valley Police for their help in bringing the conviction and taking a dangerous driver off our roads for the next three years at least.’