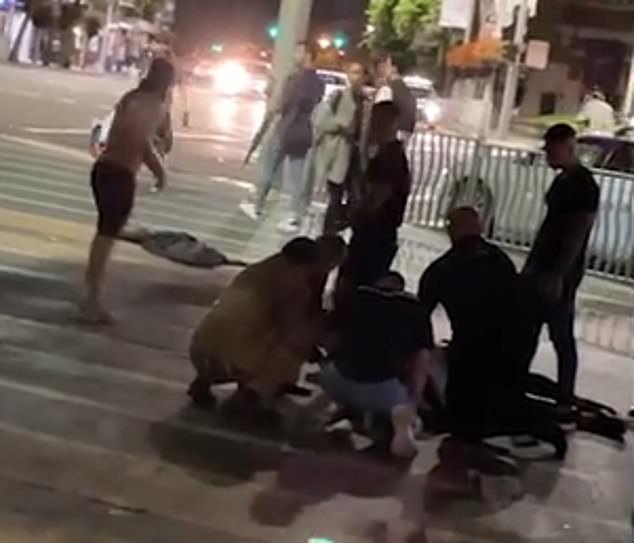 A young man has died two days after being injured during a fight outside a Sydney pub.

He was taken to St Vincent’s Hospital in a critical condition where he was placed in an induced coma. His life support was turned off on Monday night.

Police are still searching for the person who threw the significant blow in the brawl that claimed Mr Tuala’s life.

Three people have been charged in relation to the fight, including Keidan Donovan-Phillips – the brother-in-law of NRL star Adam Reynolds.

Evander Tuala, 23, lies on the ground after being assaulted in Sydney over the weekend. His life support was turned off on Monday night

His sister is Tallara Simon-Phillips, who married Brisbane Broncos captain Reynolds in 2016.

Donovan-Phillips will spend the next two weeks on remand charged as he did not seek bail during a hearing in Parramatta Bail Court on Sunday.

He was one of three men from Sydney’s eastern beaches area arrested in relation to the incident.

Byron Brown-Yeo, 19, also remains in custody after his lawyer did not seek bail during the same hearing in Parramatta Bail Court.

Brown-Yeo and a third man have also been charged with affray, but police are still seeking to identify the person who punched Mr Tuala.

He was allegedly hit in the head during the fight and knocked unconscious after striking the ground.

Detective Superintendent John Duncan said the fight started outside the bar after an incident involving two groups inside, but police aren’t sure what sparked the brawl. 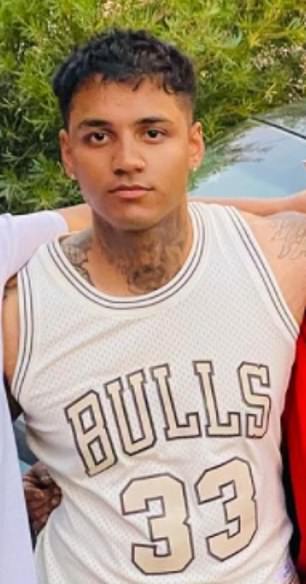 Evander Tuala, 23, (pictured) had his life support turned off in St Vincent’s Hospital in Sydney

Relatives of Mr Tuala gathered at St Vincent’s Hospital to say farewell to the man they called ‘Woody’, in the expectation that he will not survive.

His family has reportedly been advised by a lawyer not to comment on the situation.

But Mr Tuala’s cousin Dietrich Roache, who plays Rugby Sevens for Australia, paid a poignant tribute as the team won a bronze medal at the Singapore Sevens on Sunday night.

Roache wrote ‘RIL (Rest in Love) Woody’ written on a bandage on his wrists during the match against Ireland, and pointed to the sky when he scored a try.

‘You deserved a better fate than what you received, so saddened to know that you were the strong one in the family but didn’t even get an opportunity to defend yourself from a cowardly act, you deserve justice,’ she wrote.

Superintendent John Duncan said homicide detectives had been involved in a consultancy role, but ‘obviously we’re treating this as a potential homicide’.

‘This is a serious assault… [We’re] trying to identify the other parties involved and investigate further so charges can be made,’ he said. 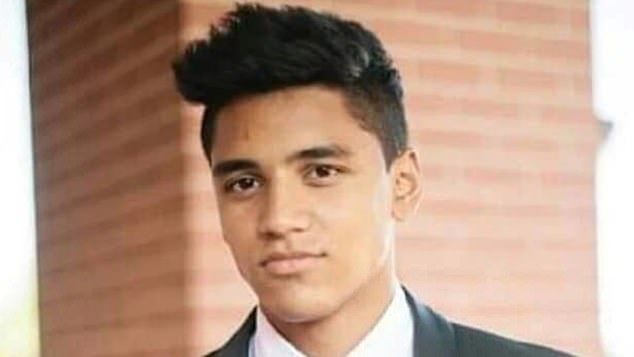 Australia’s cost of living crisis in one photo: Shoppers forced to pay $40 for...