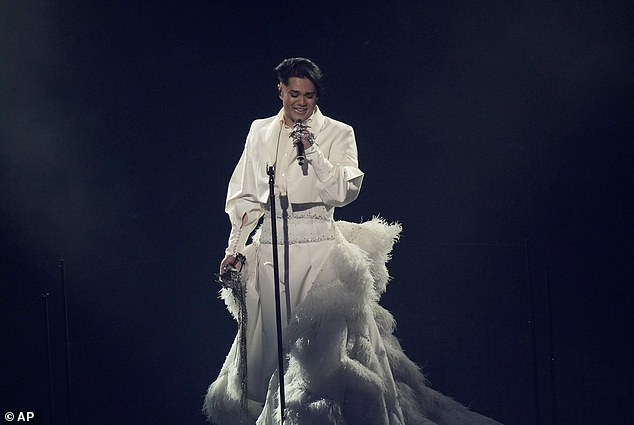 Sheldon Riley has been eliminated from the Eurovision Song Contest after failing to secure enough votes.

The Australian singer, 23, was sent home despite impressing viewers with his performance of his emotional song Not the Same during the semi-final on Thursday.

He received only two points from the public and was eliminated from the contest.

Despite missing out on the win, Sheldon was very excited to meet Conchita Wurst, who won the Eurovision Song Contest in 2014.

During the semi-final in Turin, Italy on Thursday, Sheldon sung a song titled Not the Same, which he penned about his struggles as a gay teenager.

Fans flocked to Twitter to compliment Sheldon on his powerful performance, with one writing: ‘Sheldon Riley gets my Eurovision vote!’ 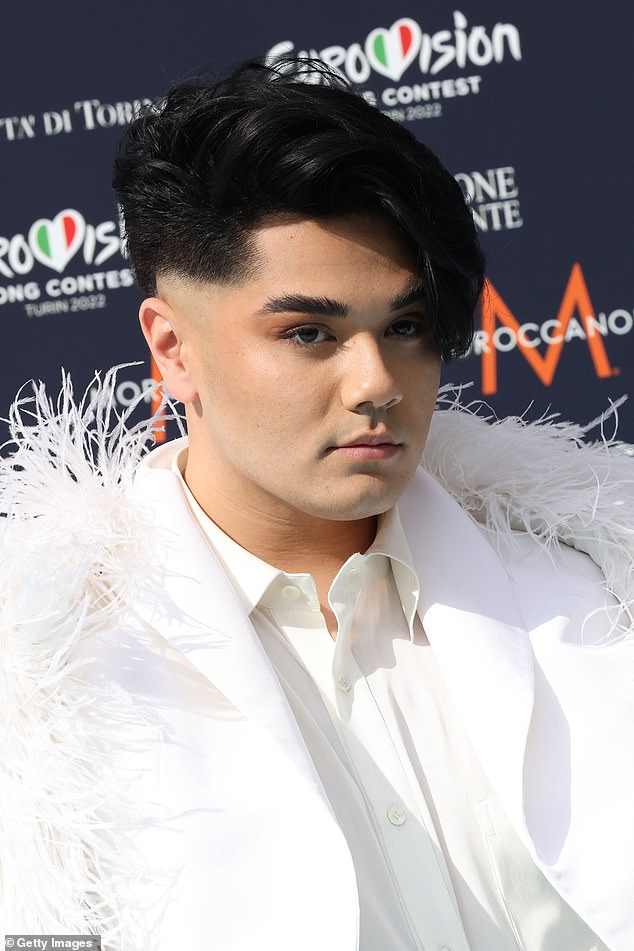 Eliminated: He received only two points from the public and was eliminated from the contest

‘Sheldon absolutely KILLED IT,’ another person wrote. ‘Go Sheldon Riley!! Love you so much,’ a third commented.

‘Sheldon getting emotional at the end of the performance actually got me. I got no money but man I’d vote for him,’ another said.

He told Eurovision World of his emotional single: ‘I wrote the song myself. It’s a storytelling song. I haven’t looked into what sort of success people have had writing their own song, but I didn’t want anyone else writing it for me.

‘It’s dark, it’s orchestral, it has this big moment. I’ve been telling people to just be prepared.’

‘It builds and then visually there’s this massive thing that happens, that gives an answer. And helps people understand me.’

Impressed: During the semi-final in Turin, Italy on Thursday, Sheldon impressed fans after he sung a song titled Not the Same, which he penned about his struggles as a gay teenager

Sheldon rose to fame on The Voice Australia in 2018, and ultimately came third in the competition.

Following his performance, Sheldon wrote on Instagram: ‘I still CAN NOT believe I just watched Eurovision FROM EUROPE LIVE!!’

‘I’m so SO thankful for this experience. Sending my love to all the countries and their delegations!’ 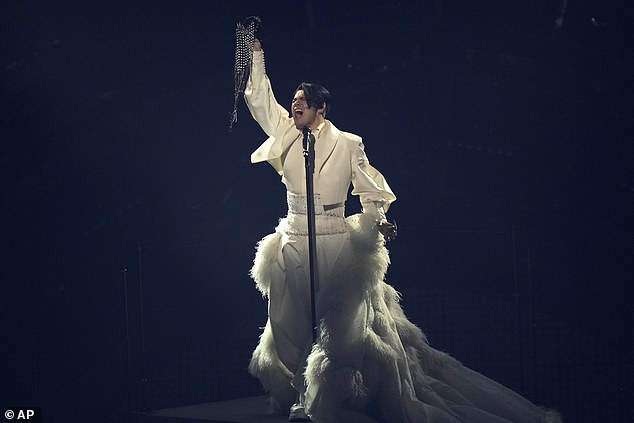 Rise to fame: Sheldon rose to fame on The Voice Australia in 2018, and ultimately came third in the competition

Meanwhile, Ukraine was the ultimate winner of the 2022 Eurovision Song Contest.

Kalush Orchestra moved viewers with their poignant performance of ‘Stefania’ amid the war in their country.

Led by rapper Oleh Psiuk, the group – completed by Ihor Didenchuk, Vlad Kurochka, Tymofii Muzychuk and Oleksandr Slobodianyk – were victorious at the grand final at the PalaOlimpico in Turin, Italy on Saturday night, scoring 631 points.

After wowing with their performance, which merged rap with folk and featured breakdancing, flutes and bold ensembles, they thanked everyone supporting their country amid Russia’s invasion of Ukraine.

After they were revealed as the champions and performed the song for a second time, they said: ‘Thank you, thank you so much.’

They had been given special permission to travel to Italy, as men their age are currently fighting for their country back home.

The band said of the song, which is a tribute to mothers: ‘We’re showing off our roots, and we’re showing how to take something from the past and make it work for the present.

‘That’s why we’ve found success at home, and we hope that we can find that sort of reception internationally, as well. We take something old, and we make it sound modern.’

The UK came second – the highest place for the nation in more than two decades – with Sam Ryder’s ‘Space Man’ scoring a whopping 466 points.

WWI training trenches in Norfolk and two shipwrecks are among latest sites to be...