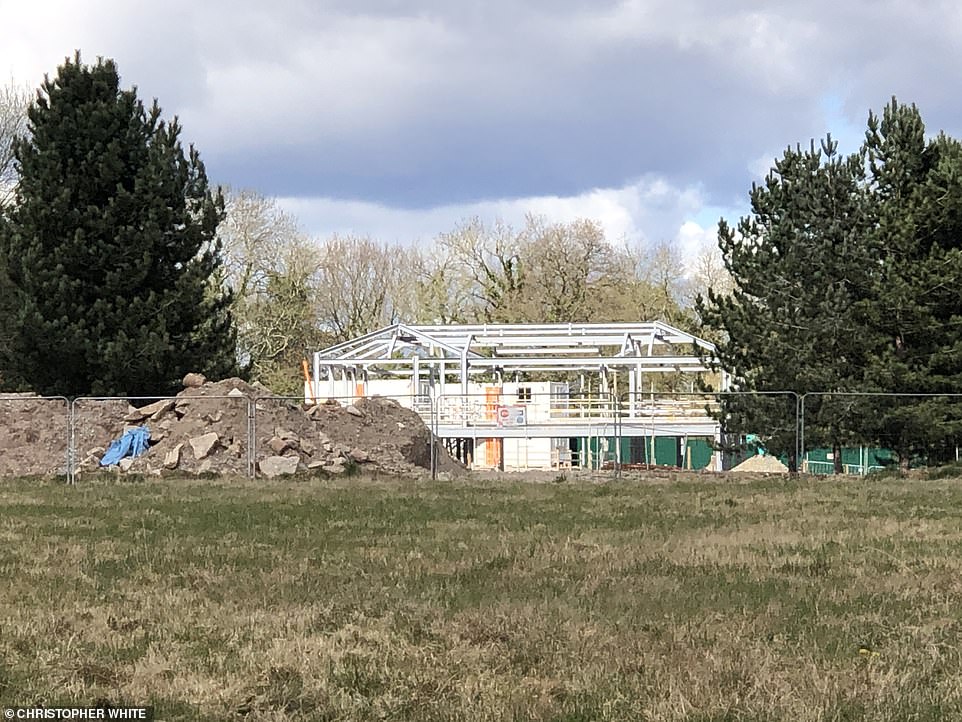 The Manchester United star, 24, began ‘investing more in property’ at the beginning of 2020 and, shortly after, construction started on his new wildlife paradise.

The five-bedroom property will include a nine-hole golf course and, in planning proposals, ecology experts have produced ‘biodiversity enhancement measures’ to look after the natural habitat.

Rashford bought the 32.5-hectare greenfield land two years ago before plans to restore the course were given the green light in February.

Marcus Rashford’s new £2.5 million eco-friendly Cheshire home (pictured) is beginning to taking shape. He intends to turn the land into a wildlife paradise 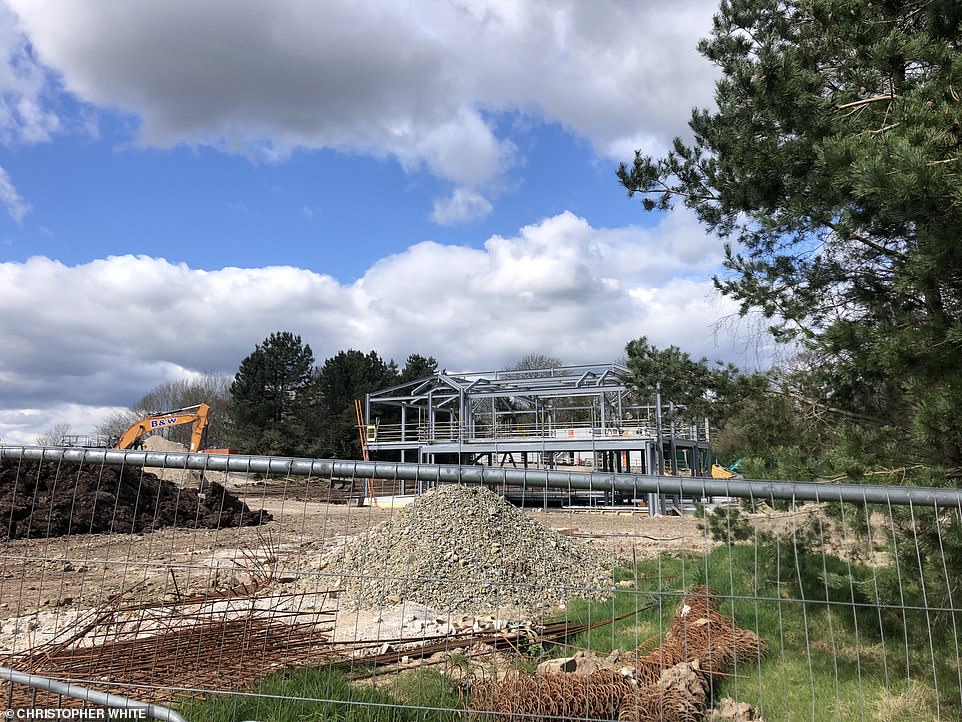 Foundations for the Manchester United and England footballer’s new home are in place, with timber erected and JCBs at the site 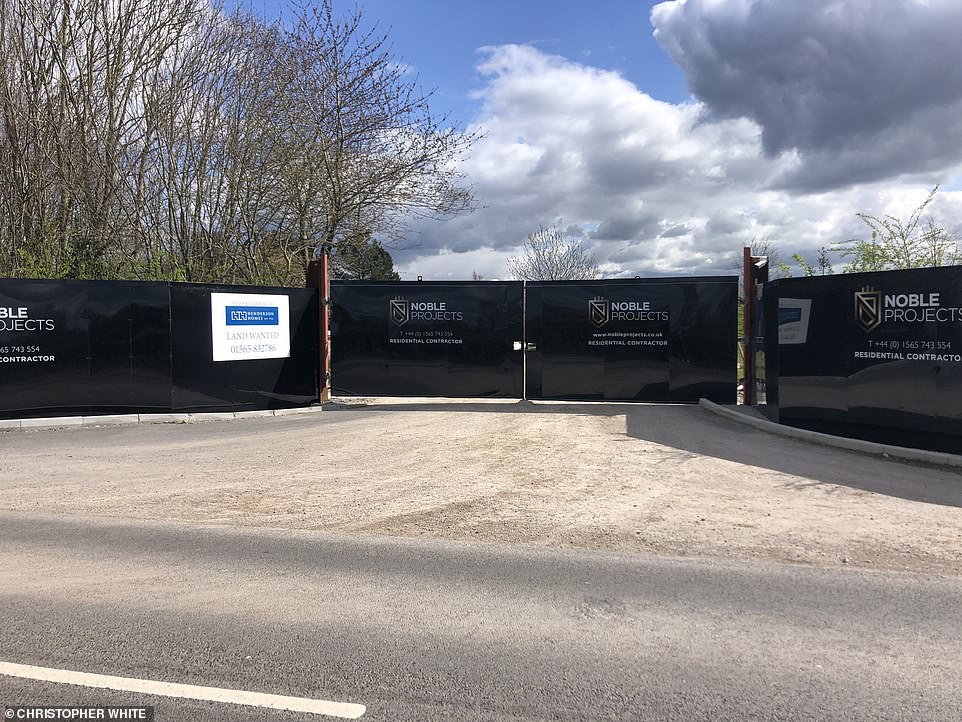 The entrance to the new property, planning permission for which was given the green light in February 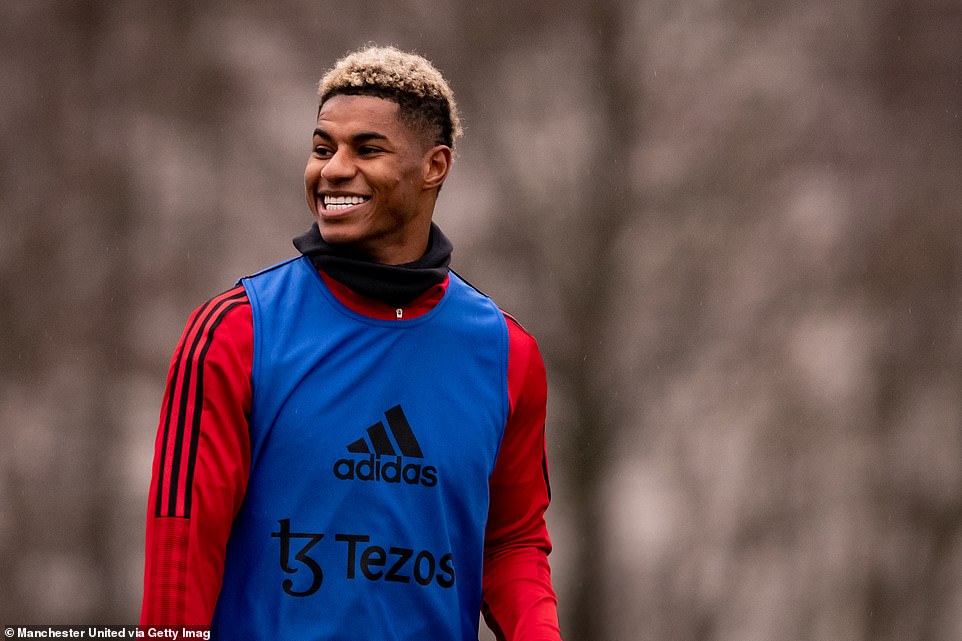 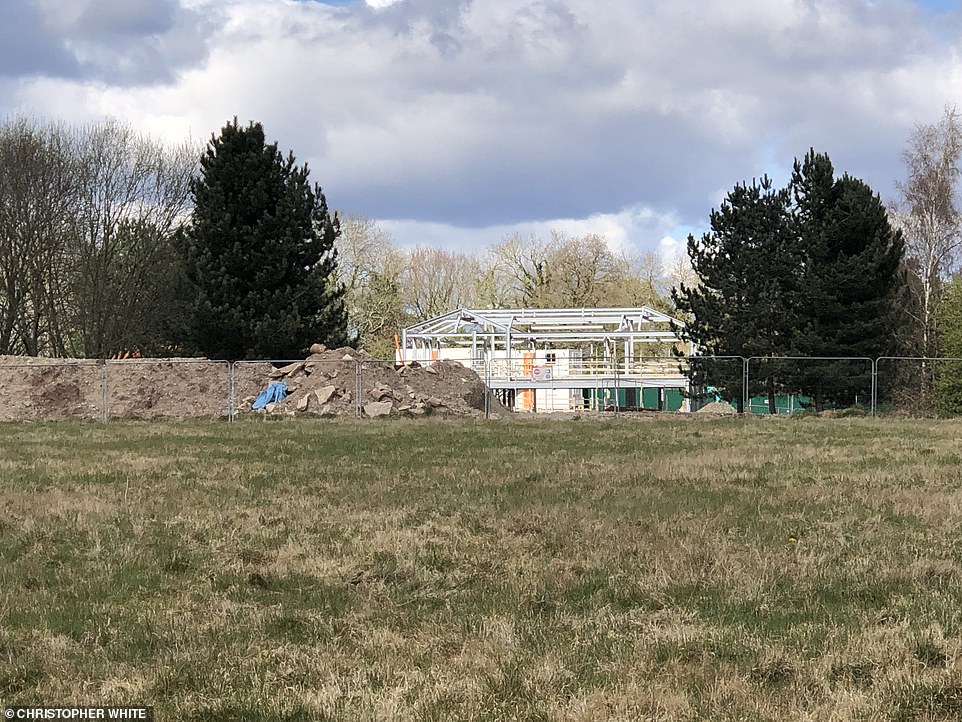 Fencing has been erected around the building site, with cabins in place for builders and piles of debris left by diggers close to the house 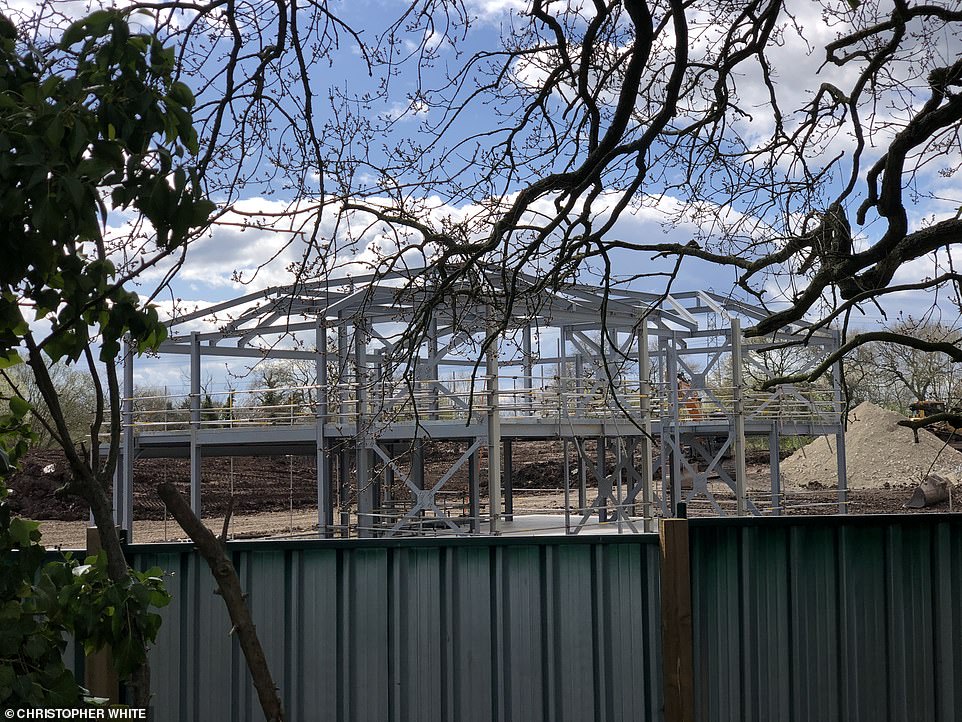 Steel framing in place as the new house of Marcus Rashford begins to take place. The plans include restoration of a nine-hole golf course 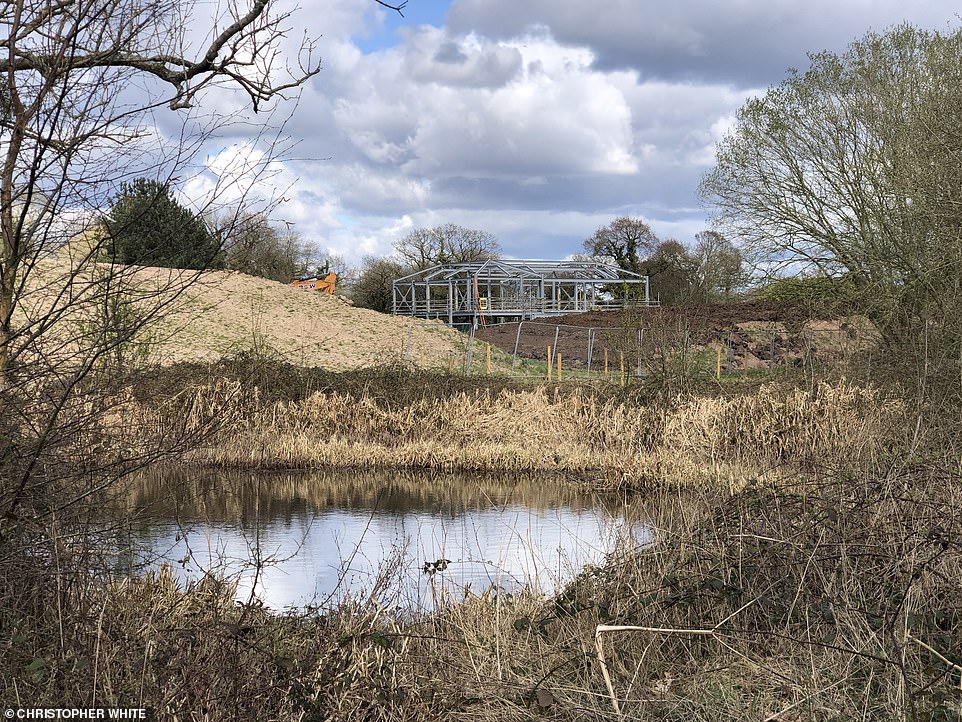 The house pictured as a backdrop to a small pond and grassland area. Rashford’s plans for the site include many eco-friendly features that will benefit the environment 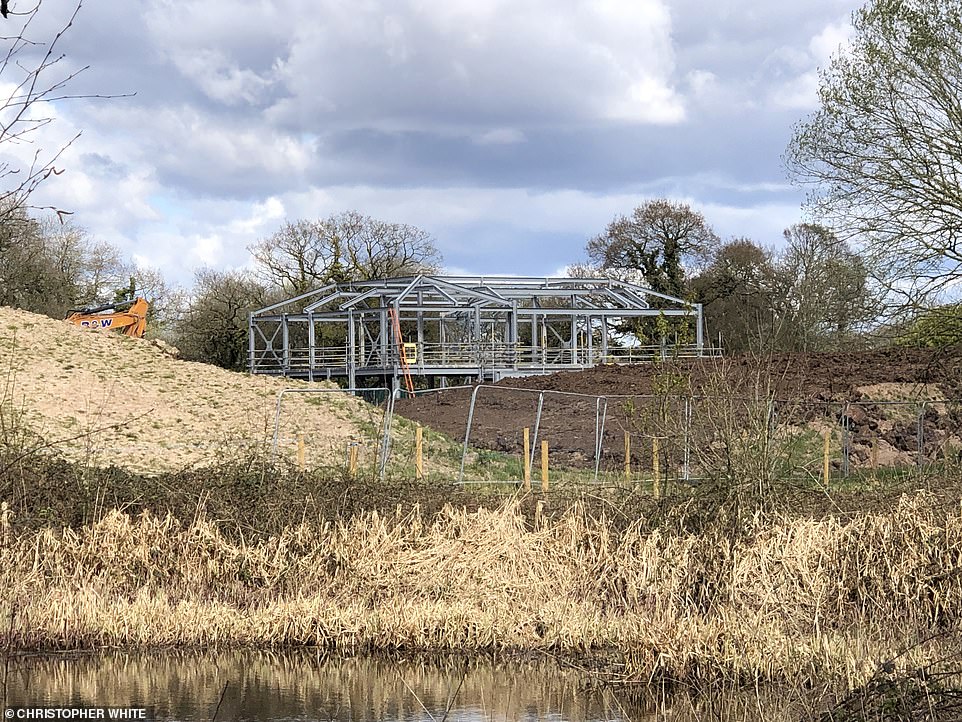 As part of Rashford’s planning proposals, his ecology experts produced ‘biodiversity enhancement measures’ to look after the natural habitat 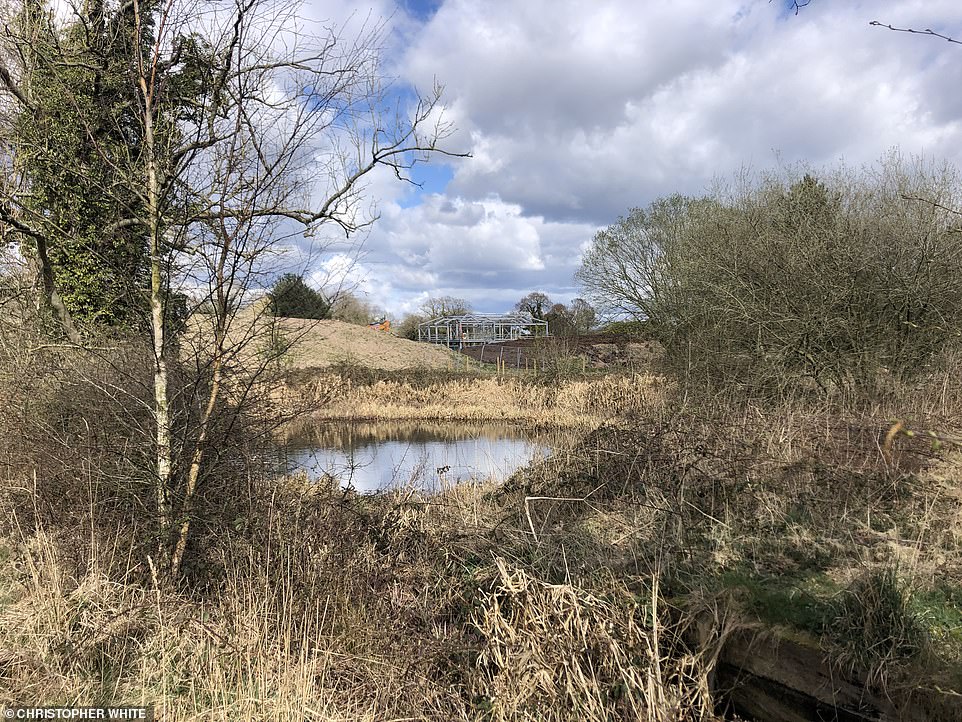 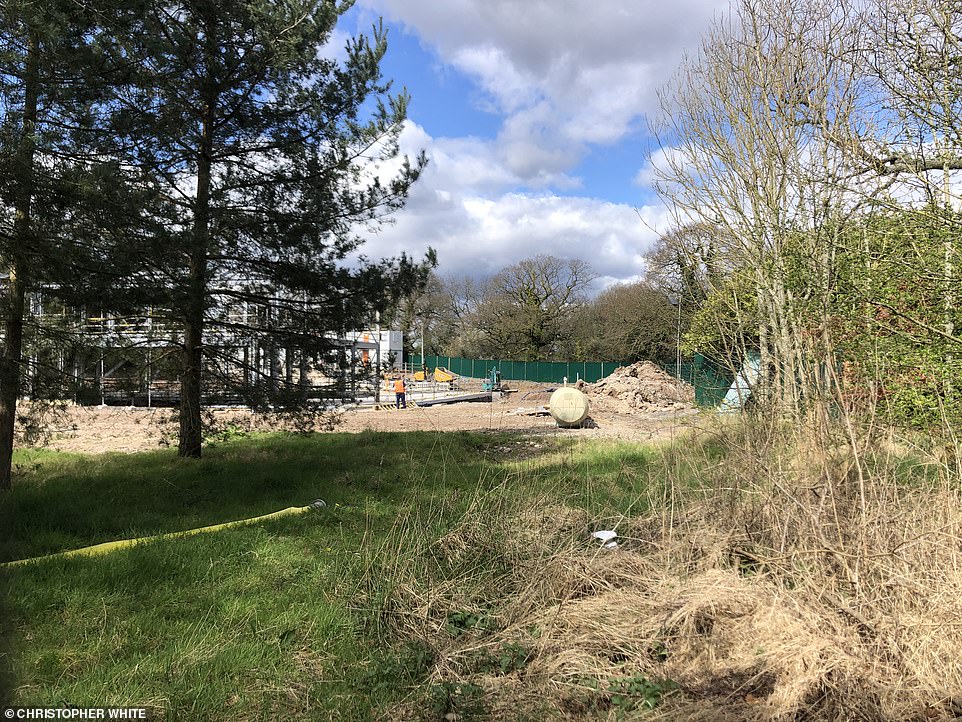 Workers at the site of Rashford’s new home, with piles of debris on show as construction of the property is well underway

Plans for the house include an open-plan kitchen, study and dining room, while it will also feature a basement complete with an indoor swimming pool, wine cellar and a gym.

The first floor will contain the property’s five bedrooms, while a two-storey apartment is also under construction as a guesthouse – linked to the main house by a passageway.

A report to the council adds that the property will be ‘enhanced for bats and breeding birds’.

It says: ‘This can be achieved through the installation of bat boxes and appropriate bird nest boxes into the proposed house at the site.

‘Four bat boxes and three sparrow nest boxes are to be built, which will open out into areas of the garden or countryside.’

Subdued lighting will also ‘ensure that the proposed bat and bird box locations are not illuminated by any new artificial lighting’.

Plans for the property include ‘hedgehog friendly fencing’ to allow the creatures to ‘move between the site itself and and the surrounding golf course habitats’.

Rashford also signed an agreement to protect Great Crested Newts on the land last year after they were discovered in a nearby pond.

A planting scheme has submitted, which would include woodland and plants all native to the areas, including hazel and beech.

And in a new planning application pending approval, Rashford wants to reduce the size of the property from 813 sq metres to 792 sq metres.

It comes after the striker has gained plaudits on and off the pitch in recent years.

Rashford became the youngest person to top the Sunday Times Giving List in May last year after raising £20m in donations from supermarkets for groups tackling child food poverty in the UK. 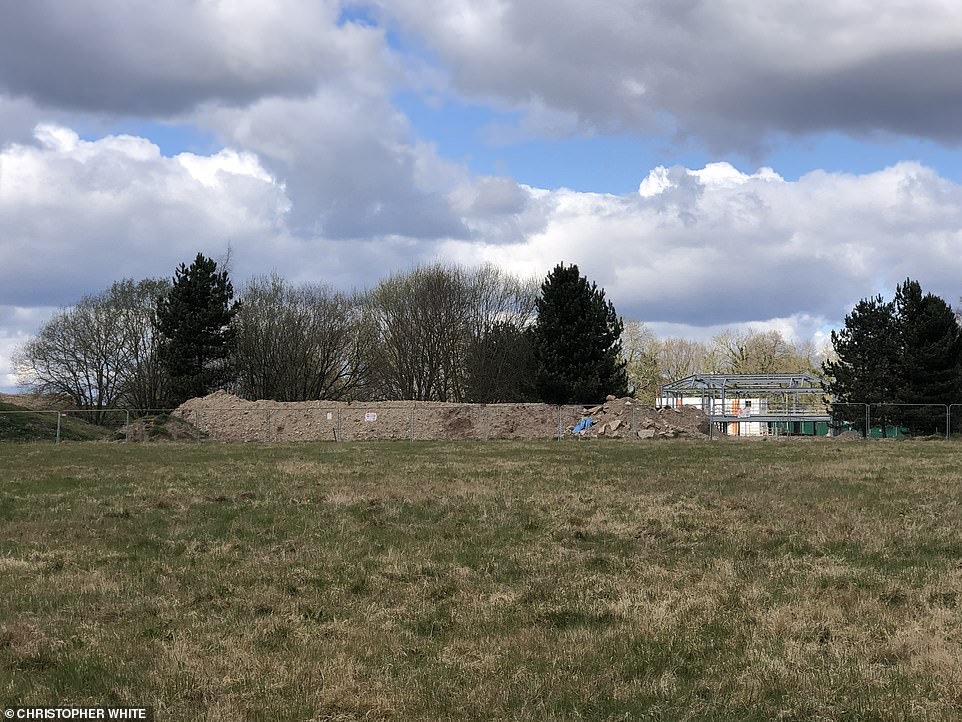 A large pile of debris close to the home, with portable cabins visible as the five-bedroom house begins to take shape in Cheshire 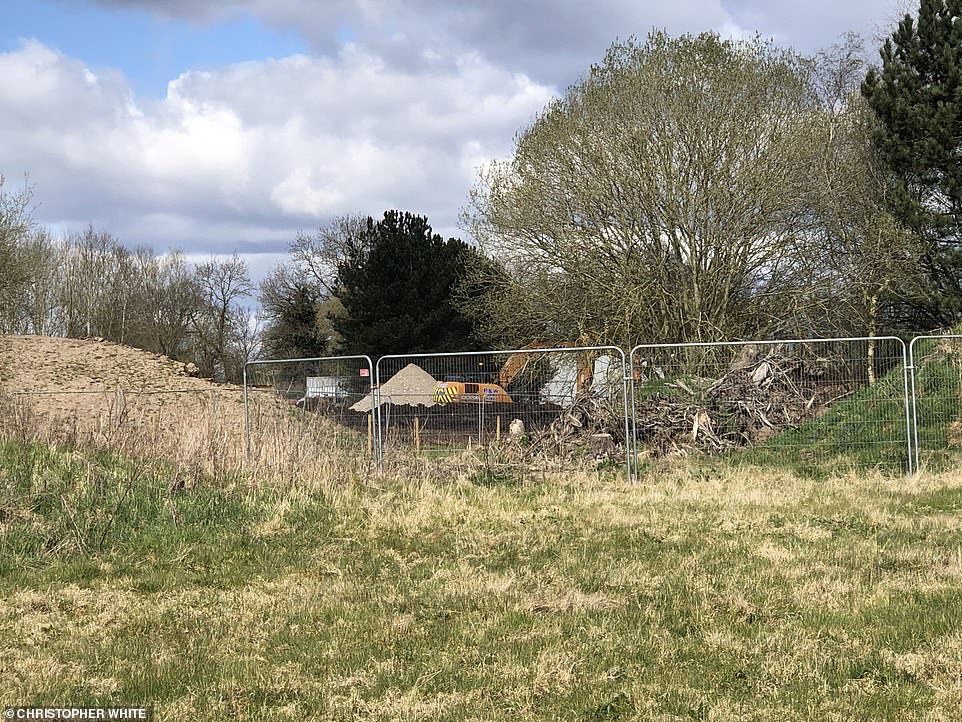 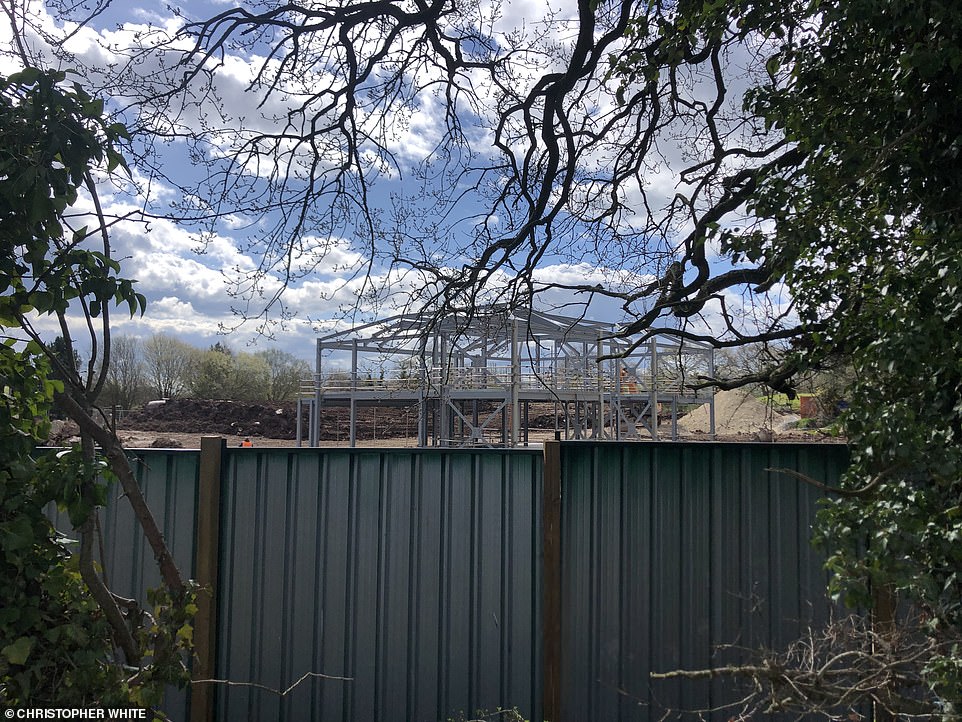 The framework for the five-bedroom property is underway, while plans for the site also include a two-storey guesthouse that will be linked to it 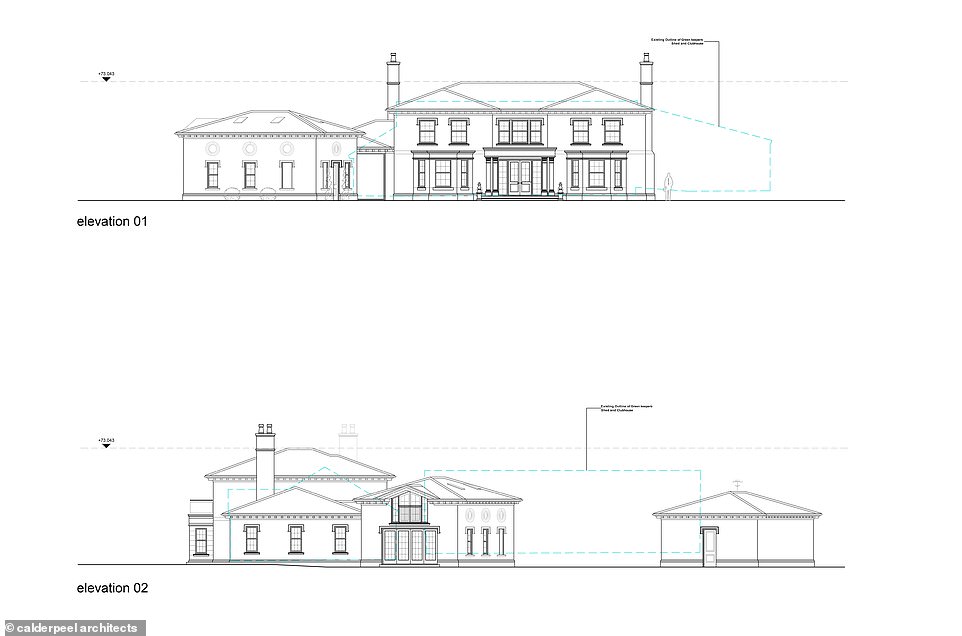 The house plans for the main property and the adjoining guesthouse, which will be linked to each other when construction is complete 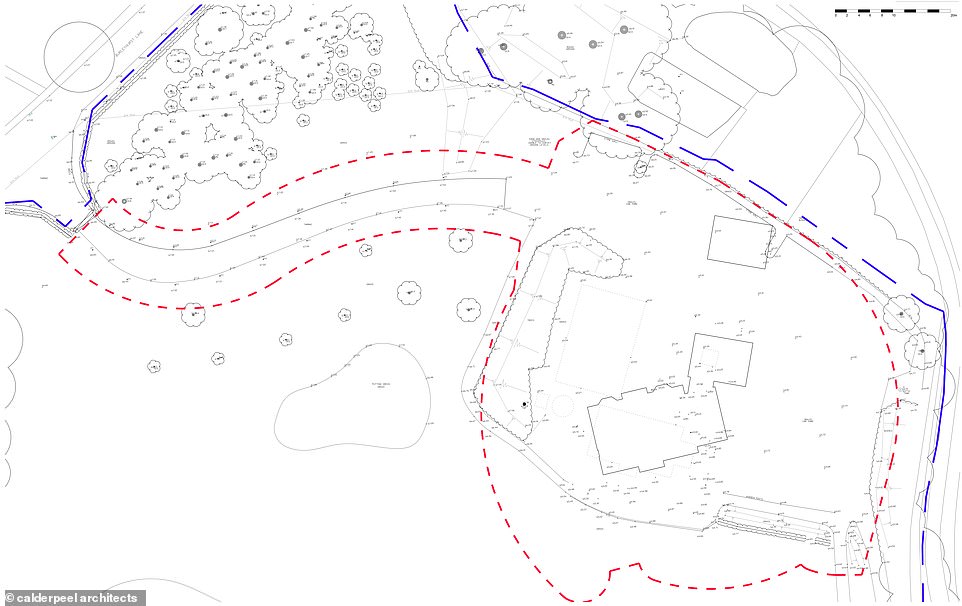 The house plans for Rashford’s under-construction home. The site will include a restored nine-hole golf course, according to plans submitted to the council 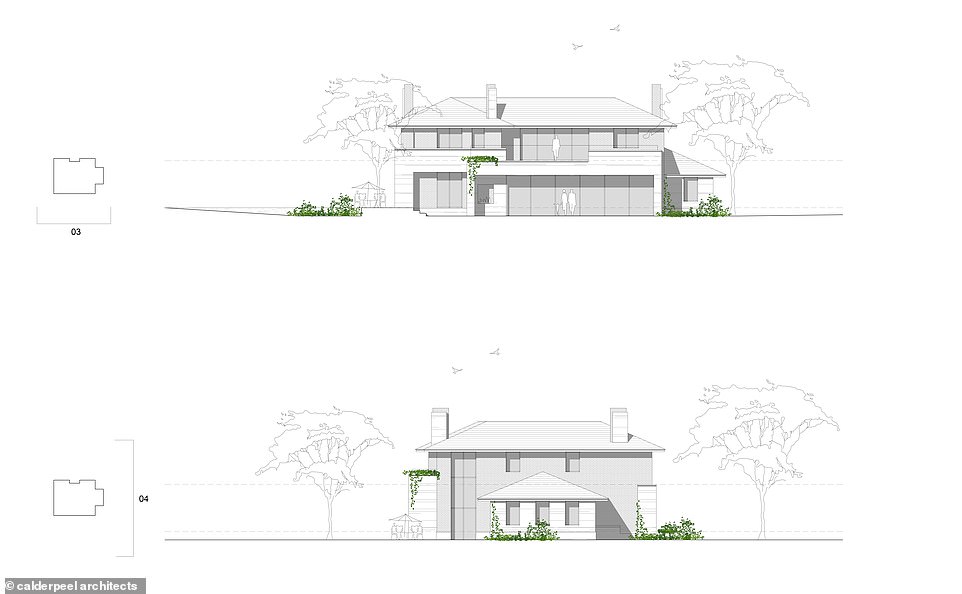 3D drawings of the main property, which appears to come with two large trees and will be surrounded by shrubbery for wildlife 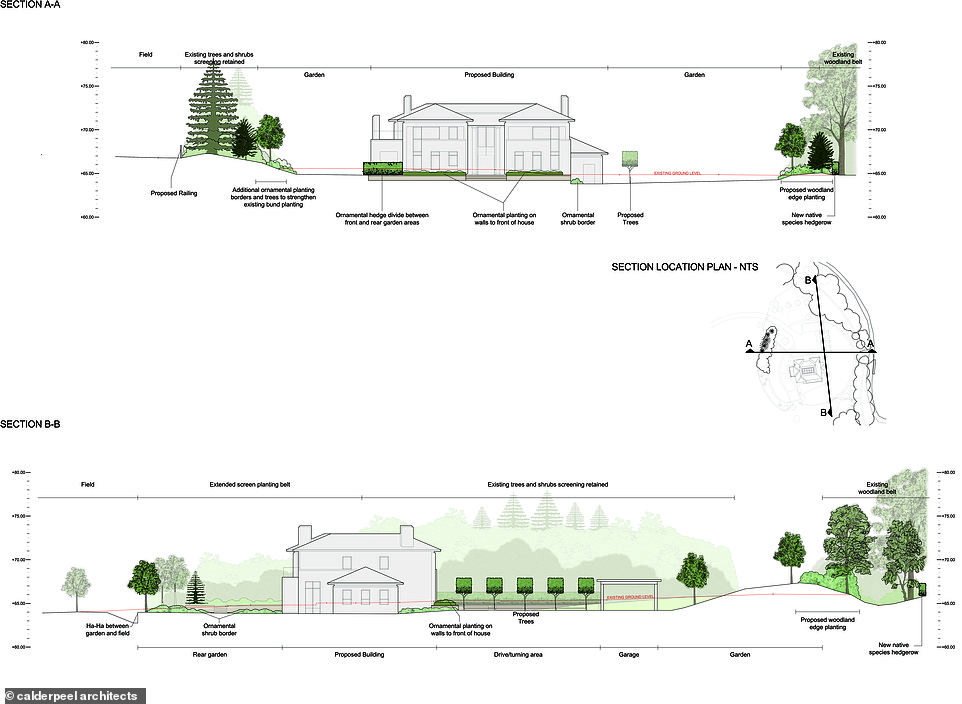 The Giving List ranks people by how their money raised for charity compares to their net worth. Rashford is worth £16m, so his £20m raised is the equivalent of 125 per cent of his wealth.

Boris Johnson subsequently retracted his vow not to extend the voucher system into the summer holidays after Rashford penned an open letter calling on the Prime Minister’s cabinet to reconsider.

The footballer also launched a petition urging the Government to extend free school meals through the half-term and Christmas holidays, with ministers subsequently providing £170m of extra funding.

Rashford, who received free school meals himself, was also made an MBE in the delayed 2020 Queen’s Birthday Honours List.

Having A Provocative Essay Writing Works Only Under These Conditions

How to save money on groceries: Queenie Tan shares top tips