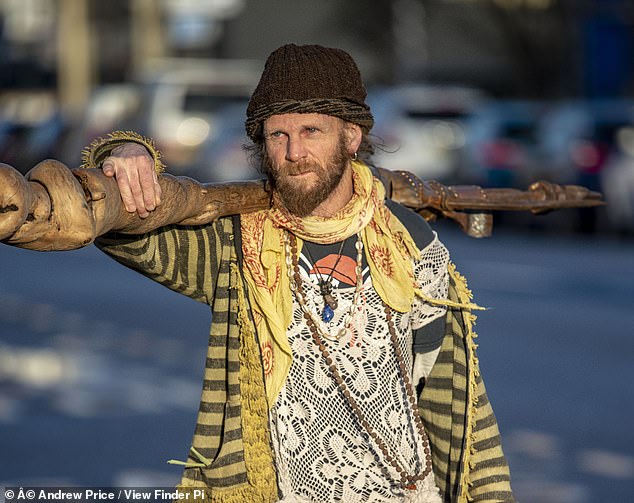 The half-brother of music legend Elton John brought a ceremonial trident to court today before he was fined for having magic mushrooms.

Geoff Dwight, 56, of Ruthin, North Wales, pleaded guilty to possessing the Class A drugs at his home in December 2021 and was today fined £120 and ordered to pay £119 in costs at Llandudno Magistrates’ Court.

He arrived carrying a trident on his shoulder – which he said was a ‘religious’ pole representing Sheba and Britannia – but security guards refused to allow it in the building.

Leaving court, he said of the totem: ‘Brexit happened so we are sailing the high seas of the world again. If I were having to swear an oath, I would have sworn on it.’

The brothers, who have an age gap of 20 years, saw their relationship strained when Dwight criticised Sir Elton for labelling their father as an ‘unsupportive’ control freak. 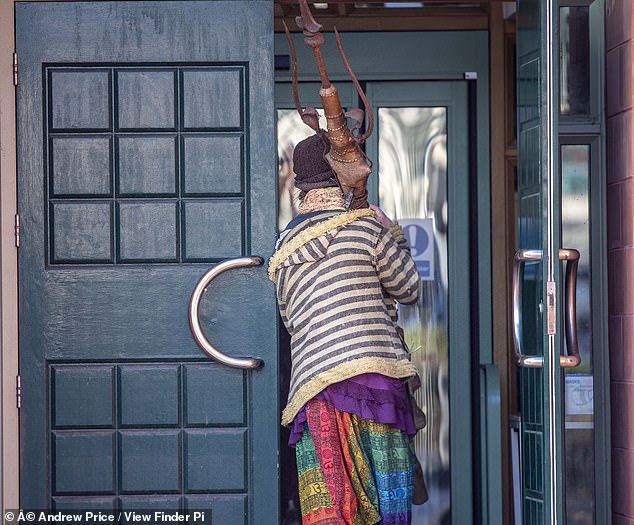 Dwight is estranged from Sir Elton and leaves an alternative lifestyle in the picturesque vale of Clwyd making harps and yurts, as well as organising music festivals

Prosecutor Justin Espie said the Class A drug, for personal use, was found during a search.

Defence solicitor Nia Dawson said : ‘The most disturbing part is the time it’s taken for the matter to come to court, 13 months, it’s unacceptable.

‘A small amount of mushrooms were found in his premises. He had forgotten they were there. They are against the law.’

Dwight was self-employed and had earned £6,000-a-year. But last year his income reduced to zero after police seized his phone and computer. 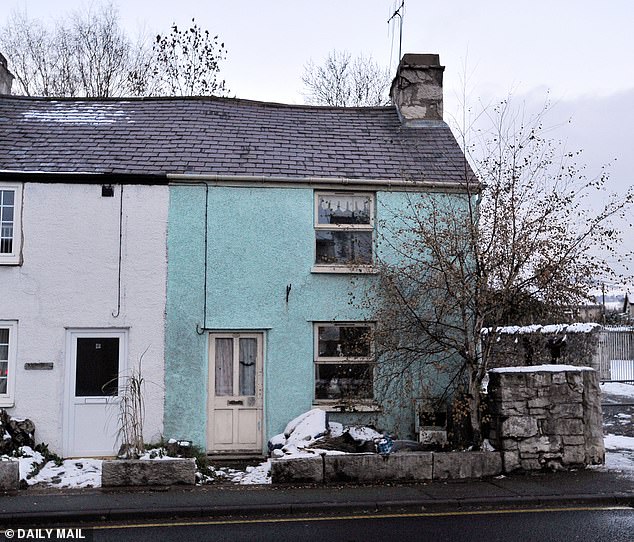 Prosecutor Justin Espie said the Class A drug, for personal use, was found during a search. Pictured: Dwight’s home in Ruthin, North Wales 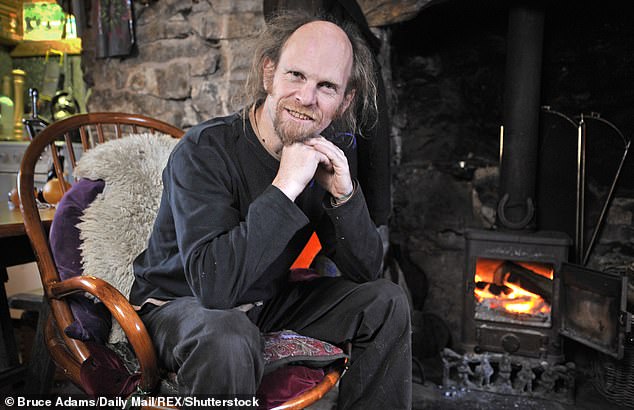 Geoff Dwight pictured at his home in Ruthin Denbighshire. Mr Dwight has barely been in contact with his famous half-brother and has led an ‘alternative’ lifestyle in the picturesque vale of Clwyd where he hand-made yurts and harps and organised music festivals 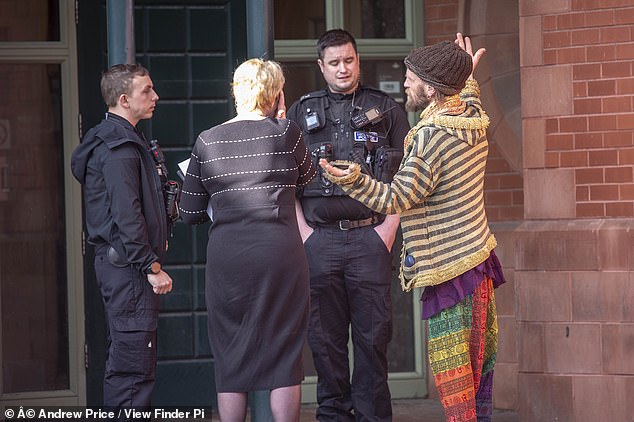 Appearing at Llandudno Magistrates’ Court, Dwight was fined £120 and ordered to pay £119 costs

Geoff Dwight has barely been in contact with his famous half-brother and has led an ‘alternative’ lifestyle in the picturesque vale of Clwyd where he hand-made yurts and harps and organised music festivals.

In 2021 he was fined £200 for breaching coronavirus rules by going to an illegal ‘rave’ with more than 200 revellers in the Welsh countryside.

Dwight said at the hearing that the ‘Blackpearl’ event near Llandrillo on August 29 2021 was a private spiritual gathering that he had attended for many years.

Dwight and his partner Karen Webb, 58, also of Ruthin, had originally been accused of helping to organise an illegal music event in breach of coronavirus restrictions, but admitted the lesser offence of attending a gathering.

Dwight has previously criticised how his father, Stanley, had been portrayed as cold and unsupportive in the Elton John biopic Rocketman.

In the film, Stanley questions whether a young Sir Elton is good enough for a scholarship at the Royal Academy of Music and scolds him for not practising his piano scales. 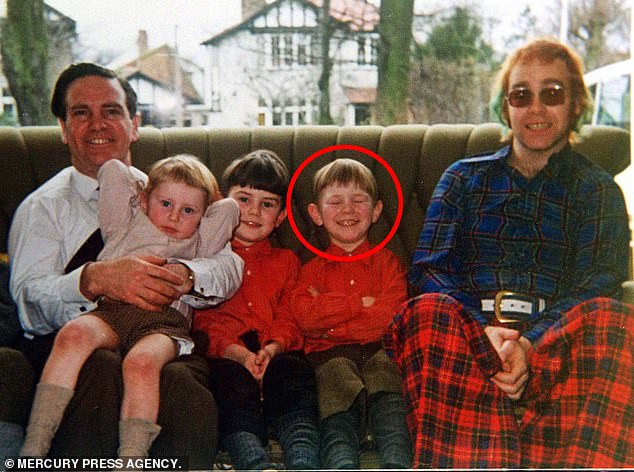 Geoff Dwight (circled age seven) has barely been in contact with his famous half-brother Elton (right). Pictured with their father and siblings in 1973 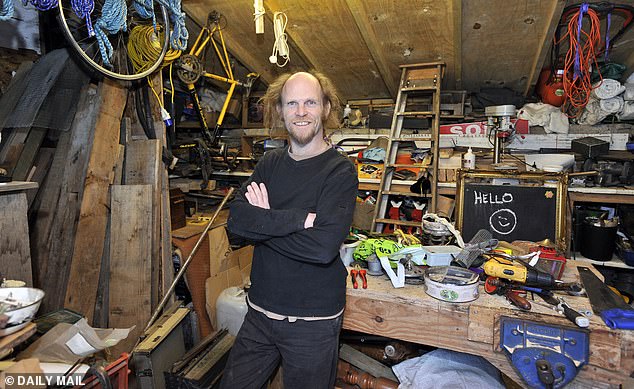 Dwight has led an ‘alternative’ lifestyle in the picturesque vale of Clwyd where he hand-made yurts and harps and organised music festivals. Pictured: In his garden shed which he lived in for a year 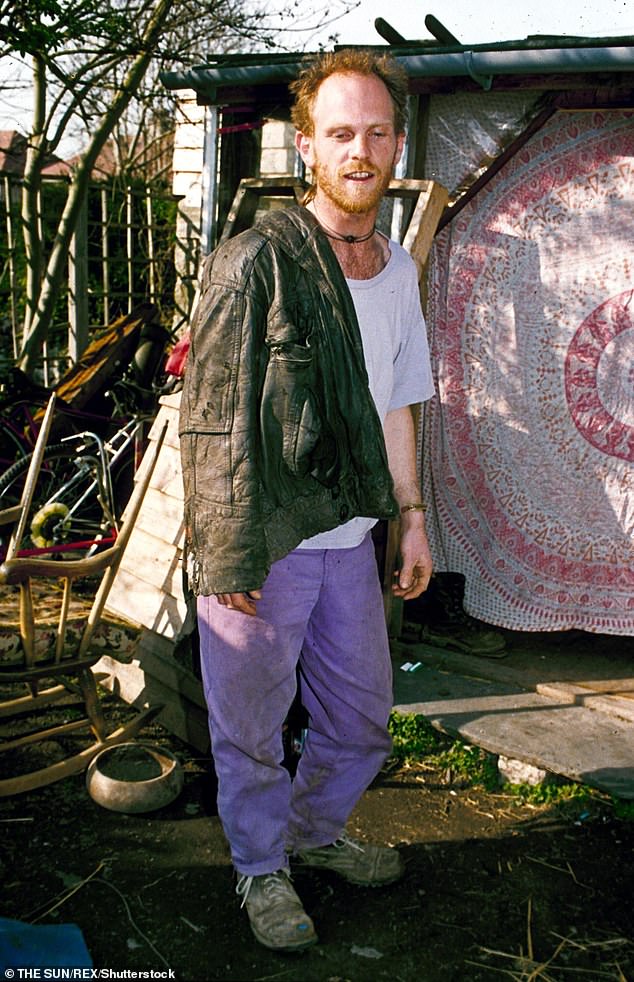 In 2021, he was fined £200 for breaching coronavirus rules by going to an illegal ‘rave’. Pictured: Outside his garden shed 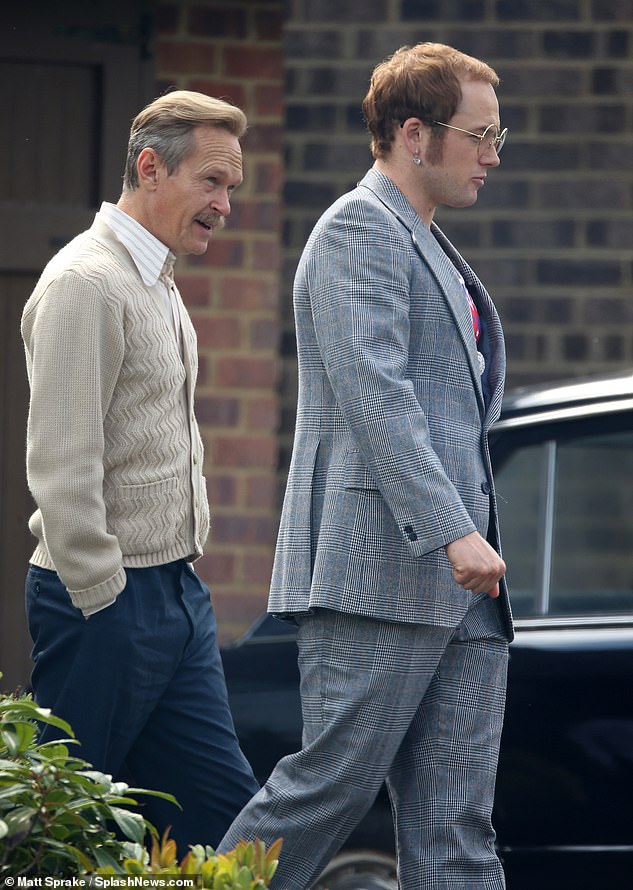 But hitting out at the portrayal of Stanley, Dwight, one of Stanley’s four younger sons by his second marriage, said: ‘That’s not the Dad I remember.’

Dwight claimed Elton only chooses to ‘believe what he wants to believe’ and that he seems to have suffered ‘massive memory loss’.

He said: ‘Dad had a big heart and he loved us all equally. He was incredibly proud of Elton and everything that he achieved.’

He added: ‘This coldness, it’s a million miles away from what Dad was like.

‘He was a product of a time when men didn’t go around hugging each other and showing their feelings every minute of every day, but he had plenty of love in him for all of us.

‘As a kid, my memories of Dad are of him laughing and larking around. If one of us was upset, he’d do something silly like pretend to be a chimpanzee or he’d start tickling us.’

The makers of Rocketman called the film a ‘fantasy musical’. Stanley died in 1991.

Sir Elton was born Reginald Dwight and took on his new name in 1972.

The brothers have an age gap of 20 years.

Elton was born in March 1947, the only son of Stanley and Sheila, and bought up in Pinner, Middlesex.

Both parents remarried after a messy divorce when Elton was 15. Sheila married Fred, and Stanley to Edna, whom he met in Port Sunlight in Merseyside, having relocated there for a fresh start after his first ­marriage ended.

As the boys grew up, Elton became distant to his dad’s new family.

‘I first met Elton when I was five — he was already a star, which was very exciting,’ Geoff has said previously.

‘We all went to see him at the Empire in Liverpool — I remember thousands of people queuing to get through, but we were VIPs and were escorted backstage.’

Pele rushed to hospital with ‘swelling all over his body’ as Brazil icon battles...

ID cops seeking information on a Hyundai that was ‘in the immediate area the...