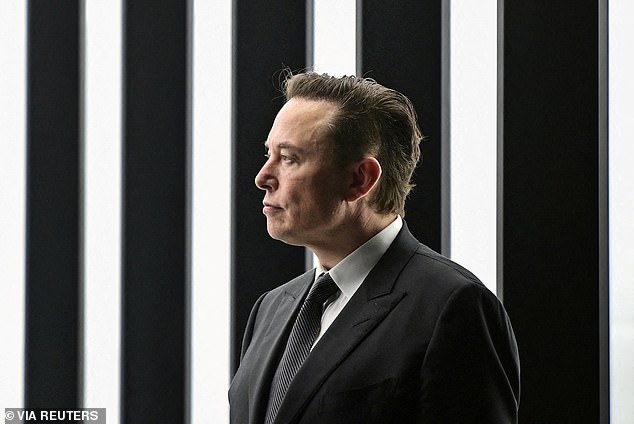 Elon Musk tries to buy Twitter for $41BILLION: Tesla CEO offers $54.20 a share and says if his offer is not accepted ‘I would need to reconsider my position as a shareholder. Twitter has extraordinary potential. I will unlock it’

Billionaire Elon Musk has offered to buy Twitter for $41.39billion, a regulatory filing showed on Thursday.

Musk’s offer price of $54.20 per share represents a 38 percent premium to the closing price of Twitter’s stock on April 1, the last trading day before the Tesla CEO’s over 9 percent investment in the company was publicly announced.

Twitter Inc. said in a regulatory filing on Thursday that Musk, who is the company’s biggest shareholder, provided a letter to the company on Wednesday that contained a proposal to buy the remaining shares of Twitter that he doesn’t already own.

Shares of Twitter jumped nearly 12 percent before the market open.

The outspoken Tesla CEO, known for his social media antics, told Bret Taylor, the Chairman of the Board: ‘I invested in Twitter as I believe in its potential to be the platform for free speech around the globe, and I believe free speech is a societal imperative for a functioning democracy.

‘However, since making my investment I now realize the company will neither thrive nor serve this societal imperative in its current form. Twitter needs to be transformed as a private company.

Billionaire Elon Musk has offered to buy Twitter for $41.39 billion, a regulatory filing showed on Thursday 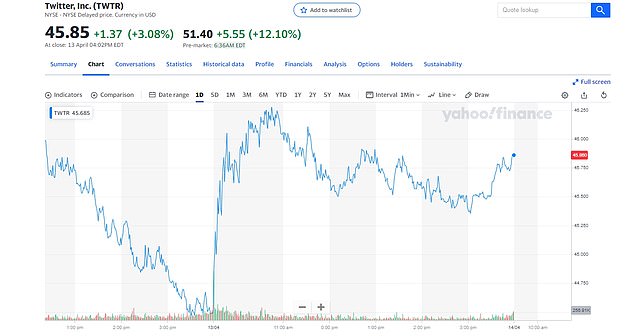 Shares of Twitter jumped nearly 12 percent before the market open

‘My offer is my best and final offer and if it is not accepted, I would need to reconsider my position as a shareholder.

Musk added that his offer was not a ‘threat’, but ‘it’s simply not a good investment without the changes that need to be made.’

‘And those changes won’t happen without taking the company private.’

It comes after analysts have speculated that Elon Musk‘s roller coaster journey as Twitter‘s largest shareholder could be part of a ploy to stage a hostile take-over of the company. 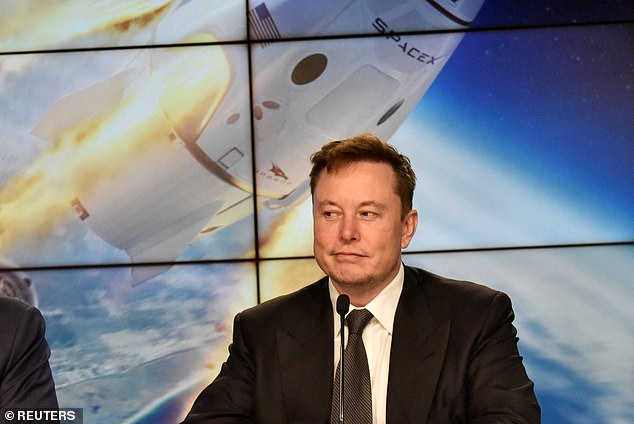 Musk revealed last week that he had become Twitter’s largest shareholder, with a 9.2 percent stake in the company, on March 14.

One day after he disclosed his stake, platform CEO Parag Agrawal announced the Tesla co-founder had been invited to the join the company’s board of directors, a seat he gladly accepted.

By accepting the board seat, Musk was limited in how much of the company’s shares he could own, with a 14.9 percent cap. However, on Sunday Parag announced the SpaceX CEO formally declined his board seat.

Musk, 50, signed the new filing with the Securities and Exchange Commission (SEC) Monday indicating he had declined his board seat.

The document stated Musk could ‘express his views’ about Twitter’s policies and services to the board or on social media. He could also purchase additional shares or sell Twitter stock, if he saw fit.

Flapjacks come unstuck as tribunal rules the treats are not cakes