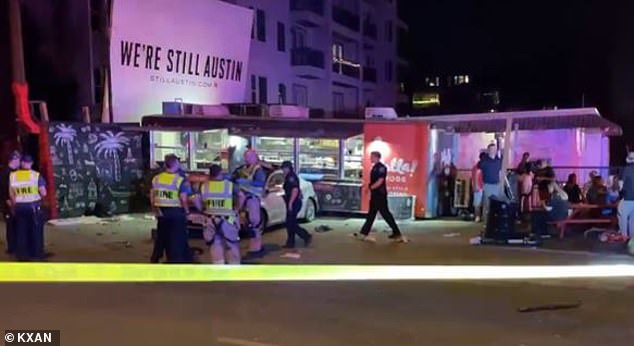 Eleven people have been injured – two of them critically – after a car crashed into a food truck in Austin, Texas on Friday night.

They confirmed that nine people, all adults, were taken to hospital – two with potentially life-threatening injuries, and seven with less severe injuries.

The driver of one vehicle was among the nine taken to hospital; the other was lightly hurt and did not require hospital treatment.

Captain Christa Steadman said the accident was ‘a t-bone type collision, and one of the vehicles was pushed into the pedestrians near the food truck.’

Eyewitnesses told KVUE that a a white pick-up truck was speeding and hit a turning sedan, with the sedan spinning off the road and hitting the Holla Mode food truck.

The white pick-up then careened onto the sidewalk, into a nearby bicycle rack.

Mike Marut, a reporter with KVUE, tweeted: ‘Talking to a Chuy’s employee and manager who ran outside right after it happened, they tell me they saw people trapped under the silver car.

‘Deaf and hard of hearing people were outside, didn’t hear the crash, and were hit. Manager described one with a severe leg injury.’

A spokesman for Austin police told DailyMail.com they were unable to confirm that some of the injured were deaf.

A car crashed into a food truck in Austin, Texas, on Friday night 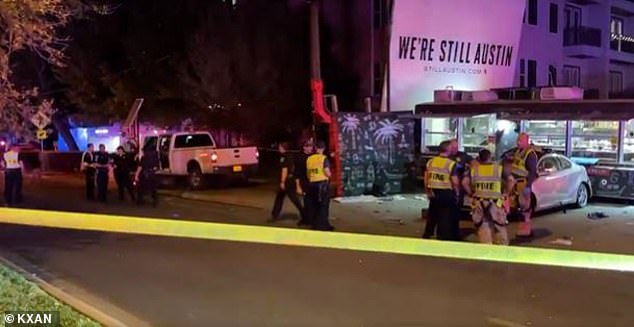 The white pick-up truck can be seen to the left, and the sedan, which slammed into the food truck, on the right of the picture

Different angle same scene looking from west side of crash to east. You can see a lot more damage done here. According to officials, as many as 9 patients. @kvue pic.twitter.com/rfFt7JLFBv

A witness told KVUE that he saw a white pick-up truck speeding westbound, traveling about 85 miles per hour – well above the speed limit.

The white pick-up appeared to have crashed into some bicycles – a Metro Bike docking station was next to the Holla Mode food truck.

Sgt Moore with the Austin Police Department said that the drivers of the vehicles were cooperating, but it was too soon to say whether there would be any charges filed. 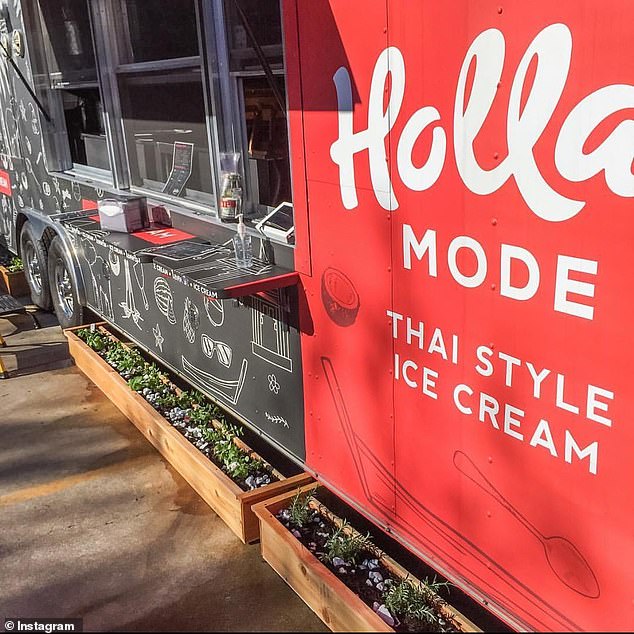 Customers outside Holla Mode food truck, in Barton Springs, were hit by the out-of-control car on Friday evening

Can you spot the two glaring errors in Wests Tigers’ 2023 NRL calendar?