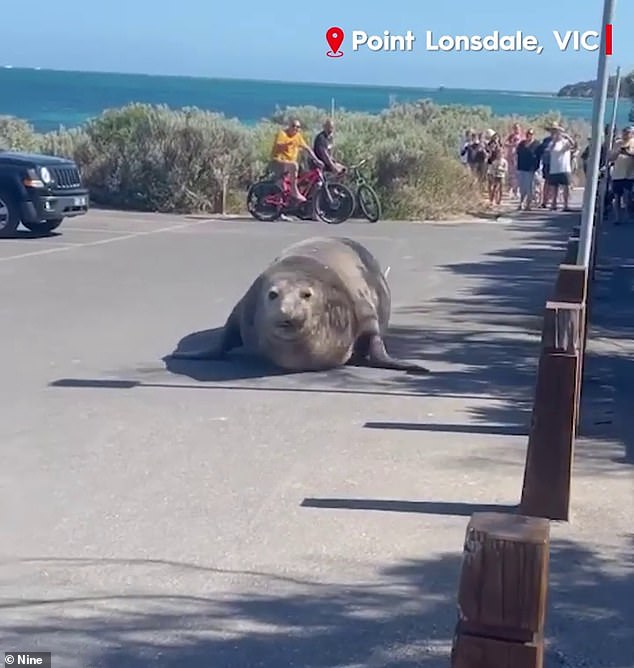 A massive seal has run amok in a small holiday town as it took a tour of local scenery before trying to break into its only petrol station.

The elephant seal made its way onto land on Friday afternoon as locals and holidaymakers in Point Lonsdale, an hour and a half south of Melbourne, gathered along the shoreline to ogle at the travelling mammal.

Locals believe the landlubbing seal was none other than ‘Henry’, who has visited beaches in the area for over a decade.

Authorities attended the scene, following the pinniped as it flopped its way up from the beach and across roads into town.

Footage of the event captured by onlookers showed the seal stopping traffic and making its way all the way up to a BP petrol station.

According to reports it tried to smash a window as it became confused by its own reflection, mistaking it for another seal.

Authorities told the public to stay at least 30metres away from the mammal, or 50metres away if they had a dog with them.

It eventually complied, slowly sliding into the water at the beach as hundreds gathered to catch a final glimpse as it disappeared beneath the waves. 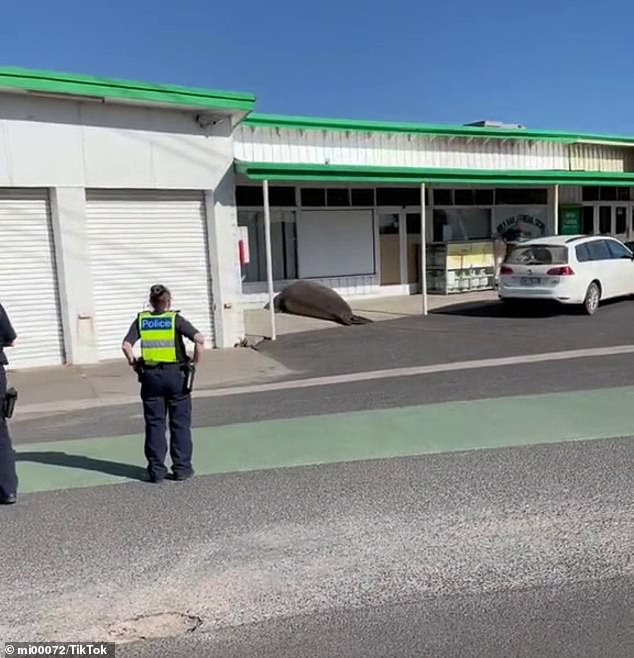 Making its way all the way up to the only petrol station in town, the seal – believed to be local legend, ‘Henry’ – eventually made its way back to the beach after being guided by authorities

‘He got all that way just to realise the place wasn’t open,’ one user commented on a video of the seal’s journey posted online.

‘What a sight that would of been, but I’m happy no harm came to this guy and was guided safely back to where he belongs,’ another commenter wrote.

One user joked about the seal’s run-in at the BP, saying: ‘G’day mate, can I pay for pump number 2 and get a meat pie to go thanks.’

‘Looks like Point Lonsdale got the seal of approval,’ another wrote.

CHRISTOPHER STEVENS reviews TV: How could a cat’s head nailed to a door be...

How to Design Engaging Custom Rigid Boxes for Customers