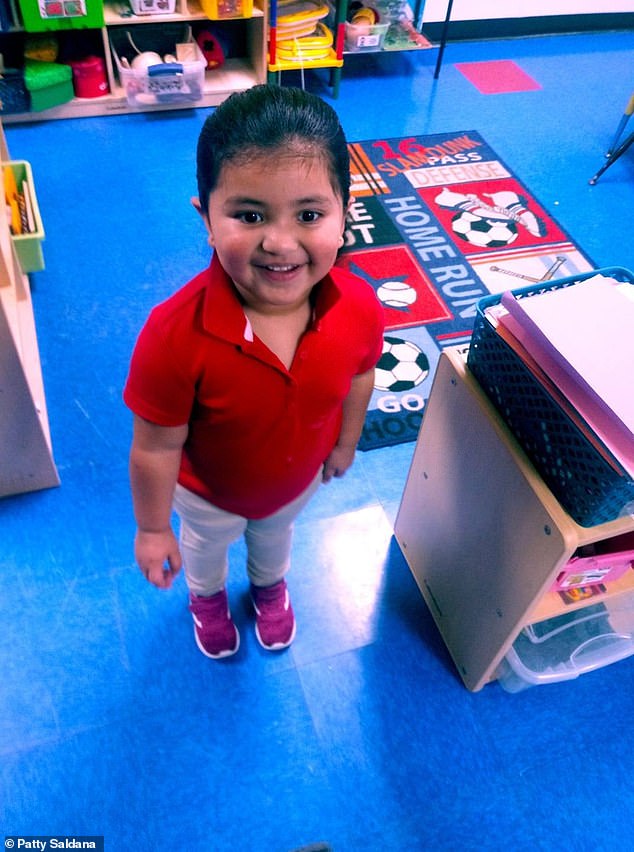 A Texas elementary school teacher allegedly dragged a five-year-old student by her hair and arm across the floor while calling her ‘a brat’ when the child didn’t throw away a fork.

Jenny Alicia Dominguez, 44, a dual language teacher at the Houston Independent School District (HISD), was charged with a felony for injury to a child.

The school was alerted to the abusive behavior that occurred at Katherine Smith Elementary after a witness went to the police to report it, ABC13 News reported.

Patricia Saldana said her daughter, Fany Castro, 5, had been bullied and terrorized by Dominguez several times, a report said.

Surveillance video shows the teacher pulling the child by her hair and her arm across the classroom floor when the child did not throw out a fork in the trash can, according to court documents, court document reveal, the news outlet reported.

Video footage shows Castro getting knocked down by the irate teacher who was described by the witness as ‘out of control, and ‘irrational.’

The surveillance video has not been released to the public.

A photo of  five-year-old Fany Castro. The young girl was reportedly dragged by her hair and arm by her teacher when she did not throw out a fork in the trash can, according to court documents, ABC13 News reported

An exterior photo of Katherine Smith Elementary school located in Houston, Texas where the alleged abuse by the teacher took place 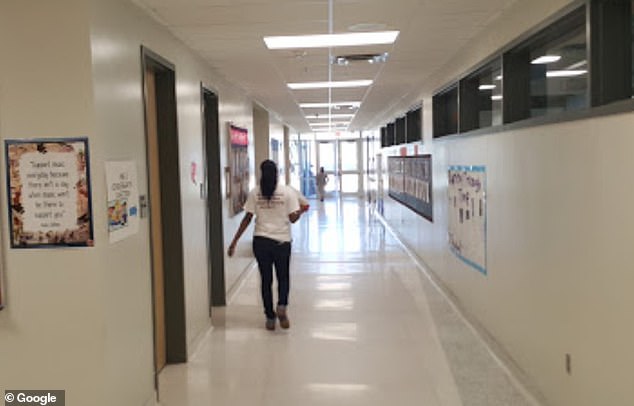 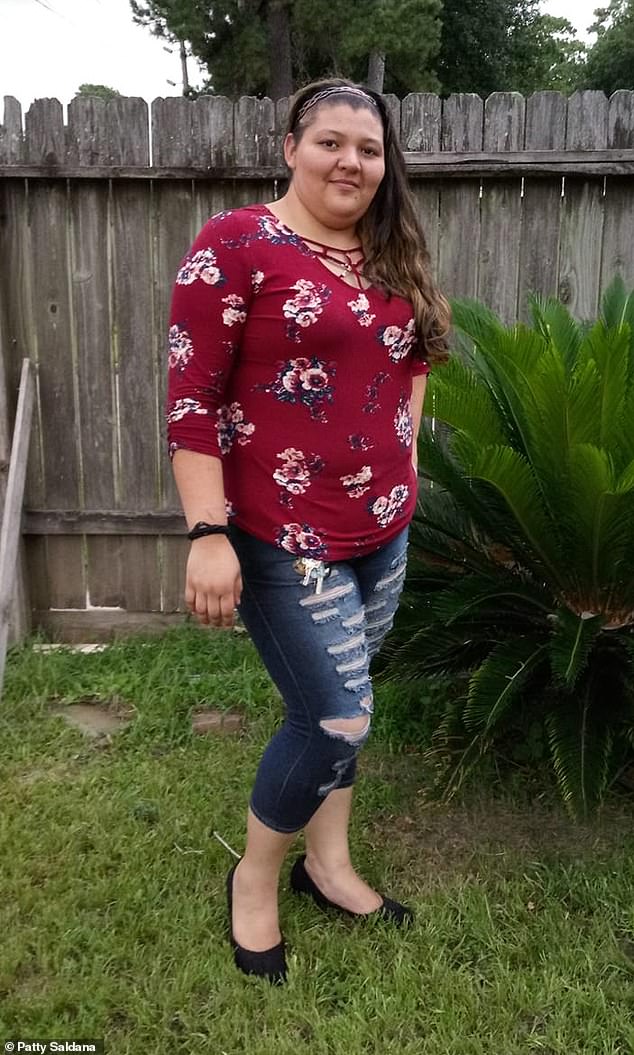 Patricia Saldana (pictured) the girl’s mother said her daughter had been bullied and terrorized by Dominguez several times, a report said

The child was allegedly knocked off balance during the abusive act and sustained a small cut and some swelling to her arm.

The young girl’s mother said the disturbing incident made her ‘furious’ at both the teacher and the school district, and now her daughter suffers from ’emotional wounds,’ Fox News reported.

She said the school is ‘supposed to be a safe place for the kids to learn, play and not worry about anyone mistreating them,’ the news outlet said.

This was not the first time her daughter had been tormented by Dominguez.

In another instance, Saldana claimed her child was fat-shamed and bullied by the manic teacher.

‘My daughter stopped eating because she said her teacher called her fat, that she didn’t need to be eating,’ Saldana said.

The school district issued a statement after the harrowing incident.

‘HISD takes these situations very seriously, and the safety and well-being of our students is always our absolute top priority,’ an HISD spokesperson said.

‘ISD PD was notified of an allegation of misconduct and the educator was immediately reassigned pending the outcome of the investigation. Due to the Family Education Rights Privacy Act and the pending investigation, HISD will not provide additional information.’

Dominguez had not been arrested or taken into custody as of Friday, ABC13 News reported.

TMZ was tipped off to Amber Heard filing a restraining order against Johnny Depp at...

President Zelensky warns ‘we must prepare’ for Russian nuclear attack

Q&A: Everything you need to know after Johnny Depp won defamation trial over Amber...