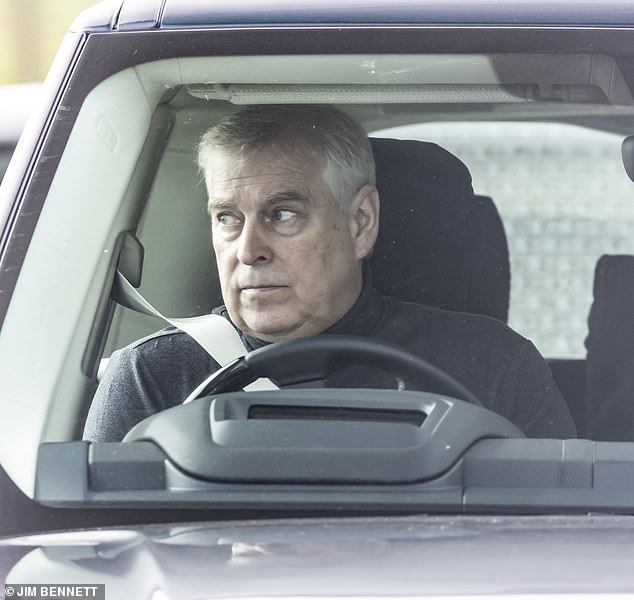 Now I can reveal that the disgraced Duke, 62, who was recently named in a murky £1 million entanglement with a Turkish fraudster, is quietly closing yet another of his firms.

The Queen‘s second son is winding up his company Tyrolese, which provided ‘business support services’ and, seemingly, is a reference to the Western Austrian state of Tyrol, a favoured skiing haunt for the royals.

Last week director Richard Parry, a solicitor with Farrer & Co, made the application to voluntarily strike the company, of which Andrew is the sole person with significant control, off the Companies House register.

The Prince’s former private secretary, Amanda Thirsk, had been a director of the company for a decade, from 2010 until 2020, when she quit in the wake of his infamous Newsnight interview with Emily Maitlis, which led to his withdrawal from public life in 2019.

Earlier this year I revealed that another of Andrew’s businesses, Urramoor Ltd, had plunged into £200,000 of debt. 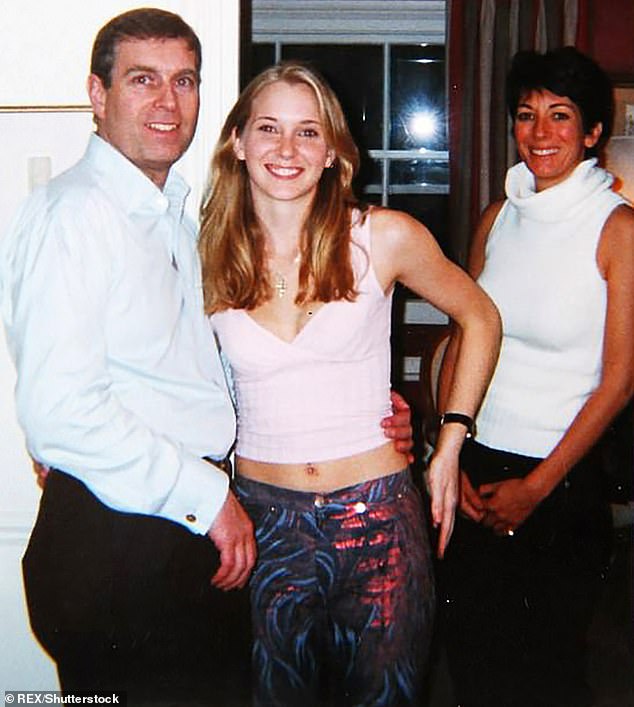 The company was used to manage investments, and Andrew was listed as having ‘significant influence or control over the trustees of a trust’ using the name HRH Andrew Inverness.

The use of that name, which stems from his title Earl of Inverness, led to concern that he was attempting to avoid scrutiny over his involvement.

Another company controlled by Andrew, Lincelles, is also facing closure. The royal had set up the firm, understood to be planned as a vehicle for his family investments, with former Coutts banker Harry Keogh in 2020.

A source close to the Duke tells me: ‘The closure of Tyrolese was just a tidying up exercise.

‘His office were looking into what companies were being used and which weren’t, and closing down any that were just accruing admin.’

Petrolhead Jeremy Clarkson seems to be slowly winning over the locals at his Diddly Squat farm shop.

The Grand Tour presenter, 62, met with fury when he submitted plans to extend the car park

from ten spaces to 70 on the site earlier this year.

Now, however, members of the Cotswolds community are voicing their support for the expansion on the planning application section of the West Oxfordshire District Council website.

One refers to ‘tourists, jobs and well-needed investment’ which are being brought to the area, while another suggests those objecting are ‘small-minded’.

Why Hobbit Martin looks set to give his lover a ring

Do I detect an imminent engagement for Sherlock’s Martin Freeman?

I hear The Hobbit star’s romance with French actress Rachel Mariam is becoming so serious that he’s joined her on a visit to her home town, Toulouse. The couple have shared this photograph to capture the moment.

Freeman, 50, and Mariam, 30, who had a small part in BBC drama Normal People, have been going out together for two years.

It is Freeman’s first serious relationship since he split up in 2016 with Amanda Abbington, the mother of his two children, who played his wife in Sherlock. 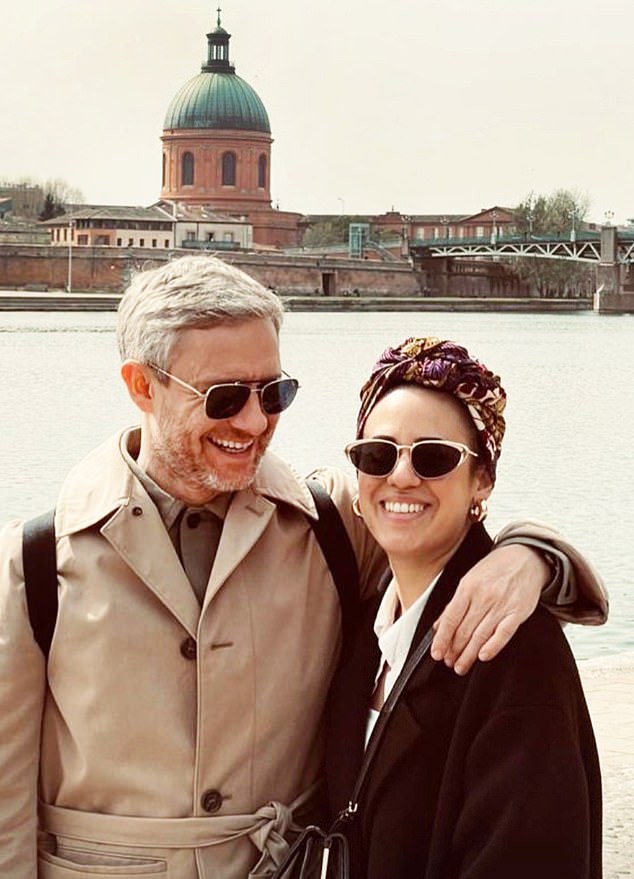 Freeman, 50, and Mariam, 30, who had a small part in BBC drama Normal People, have been going out together for two years

Downtown Abbey star Michelle Dockery’s on-screen character Lady Mary once declared: ‘I can scramble eggs, but that’s about it.’

However, in real life, the actress, 40, enjoys cooking — especially during the Easter season. ‘I love this time of year because I love doing a roast on a Sunday — it’s all about the timing.’

Dockery, who is engaged to Jasper Waller-Bridge, 34, brother of Fleabag creator Phoebe, doesn’t shy away from the fact that her first job was in a fish and chip shop that doubled up as an Italian restaurant in her hometown of Romford, Essex. ‘I loved it’ she says.

Chelsy has a girls’ night in with pals, pooch and plonk

New mum Chelsy Davy enjoyed a break from parental duties when she had a girls’ night in with friends.

While she didn’t reveal the occasion, Prince Harry’s ex-girlfriend can be seen smiling for a selfie with three other pals and her pet dog as they share a couple of bottles of wine in an online photo.

The former City lawyer, 36, gave birth to her first child, a boy called Leo at Chelsea and Westminster Hospital in January. 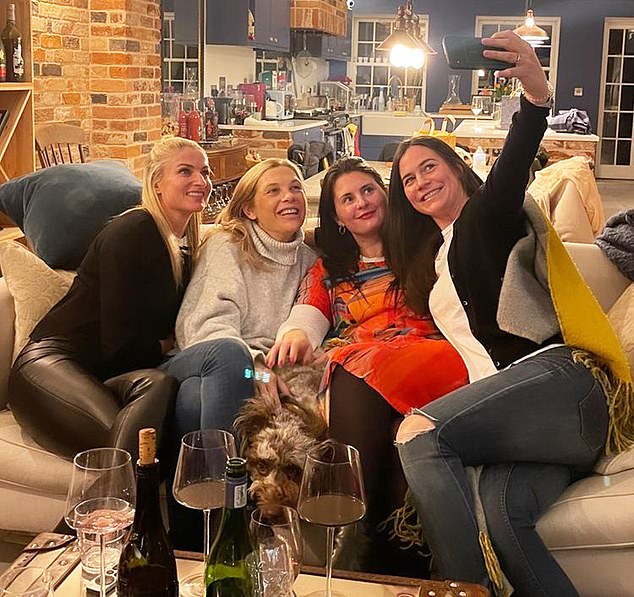 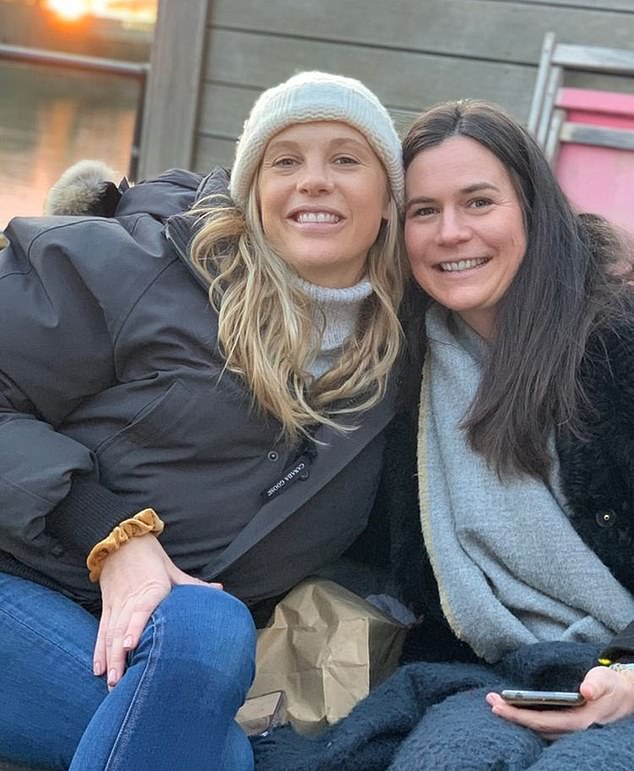 Last month I disclosed Leo’s father is Sam Cutmore-Scott, 37, a successful hotelier, who was in the year above Harry at Eton.

Chelsy was in an on-off relationship with the Prince for almost seven years until they split in 2011, because she didn’t want to be a royal bride.

Not so wizard! Potter star struggles to get a seat at posh eaterie

Harry Potter star Tom Felton’s famous face wasn’t enough for him to be granted entry into a Mayfair restaurant.

The 34-year-old star was spotted waiting outside the Sexy Fish restaurant with his mother Sharon after door staff refused to let him in.

My source at the eaterie tells me: ‘He spent 15 minutes talking to the security guard and told him that he had a reservation but they still refused him entry. 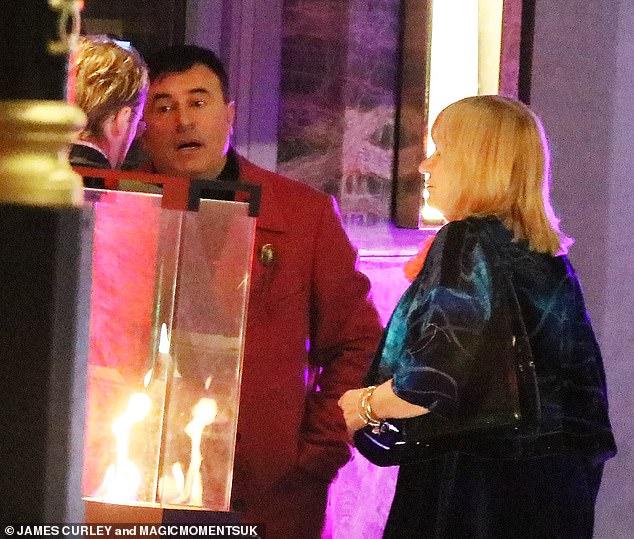 Tom, who played Harry Potter’s nemesis Draco Malfoy, had been at the Royal Albert Hall to present a gong for the Olivier Awards

‘Once they realised who he was, they offered him a table.’

Tom, who played Harry Potter’s nemesis Draco Malfoy, had been at the Royal Albert Hall to present a gong for the Olivier Awards.

A spokesman for Sexy Fish and a rep for Tom declined to comment.

Nigella Lawson is determined to grow old gracefully. ‘You can’t get too stressed about it (the ageing process) because it’s going to happen,’ says the 62-year-old Domestic Goddess. ‘It’s just life. Since you can’t change it, there’s no point focusing on it too much.’

And the TV chef has advice for those worried about life’s ticking clock. ‘I sometimes say to people who worry about being older: ‘Imagine you’re ten years older looking back to now — you’ll wonder what you were worrying about.”

Will Joe go to Kyiv? Biden weighs high-level visit to Ukraine in a show...

Brian Cox warns that ‘a law of nature’ could lead to human race wiping...

The Lord of the Rings: The Rings of Power: The Southlands’ true name is...