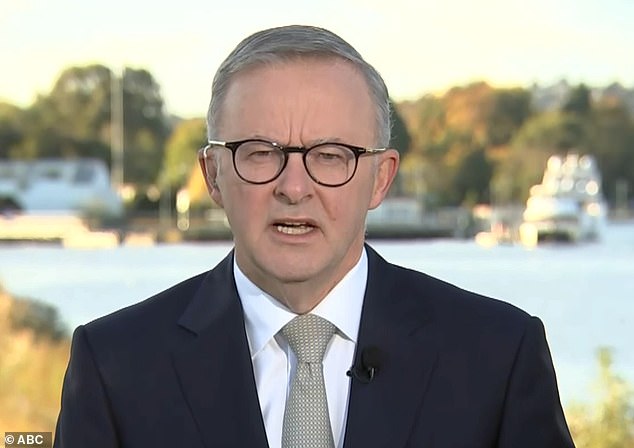 Anthony Albanese could not state the national unemployment rate or the cash rate during a disastrous first press conference of the election campaign.

The Labor leader was asked if he knows what the cash rate is but dodged the question by saying: ‘We can do the old Q and A over 50 different figures’.

Mr Albanese was later asked what the national unemployment rate is. He tried to guess but got it wrong.

‘The national unemployment rate at the moment is… I think it’s 5.4 – sorry. I’m not sure what it is,’ he said.

The unemployment rate is four per cent, the lowest since 2008.

Journalists quizzed the Labor leader on the figures in a press conference in the marginal seat of Bass in northern Tasmania, a day after the election was called.

Police are pelted with bottles and bricks as Australia Day comes to a violent...

Meghan Markle and Prince Harry are ‘too out of touch’ and ‘naive’ for Netflix,...