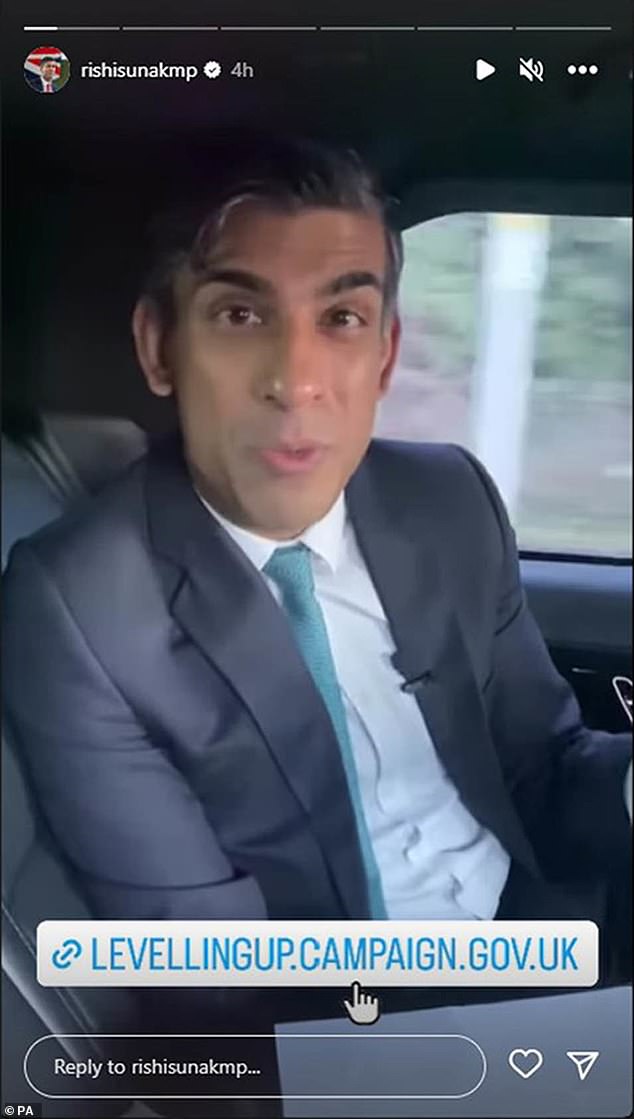 When you heard that Rishi Sunak had been caught out not wearing a seatbelt in the back seat of the prime ministerial limo, did you think this demonstrated that he’d failed to live up to his promise to bring ‘honesty and integrity’ to government? Did anyone?

Chris Bryant, the Labour chair of the Commons Committee on Standards, did. Making exactly that claim of lack of integrity, Bryant said the PM had been ‘fined again for breaking the law’ — Sunak had been penalised earlier for a technical breach of the Covid social distancing rules, in Downing Street while Chancellor — and should no longer be in office.

Bryant appears a stern moralist, at least as far as Conservatives are concerned. He has a preacher tone to his denunciations, which is unsurprising: Bryant was ordained a priest in the Church of England in 1987. He left the Church’s employ four years later, having found it impossible to reconcile his vocation with being gay, but remains an active member of the established Church.

DOMINIC LAWSON: When you heard that Rishi Sunak had been caught out not wearing a seatbelt in the back seat of the prime ministerial limo, did you think this demonstrated that he’d failed to live up to his promise to bring ‘honesty and integrity’ to government?

Which leads me to suggest: let he who has never failed to wear his seatbelt in the back of his car cast the first stone. This is not to impute hypocrisy to Bryant. I am sure he would never fail to buckle up.

But it didn’t take long (the same day, in fact, as the Lancashire Police fined the Prime Minister £100) for social media to produce photographs of Keir Starmer, Jeremy Corbyn and Ed Miliband, the last three Labour leaders, sitting in the back of what appeared to be cabs in motion, not wearing their seatbelts.

And in 2007 — 16 years after the law was passed which compelled passengers in the back of a car to ‘belt up’ — the then PM Tony Blair was interviewed for the Guardian while on the move in his chauffeur-driven Land Rover. His interviewer wrote: ‘Now I notice that the PM wears no seatbelt. When I tenderly point this out to him, he gives an unembarrassed shrug.’

So not only did Tony Blair take this country into a Middle Eastern war on what turned out to be false pretences, he didn’t wear his seatbelt as a passenger on — well, who knows how many occasions? I don’t recall Bryant making a stink when the Guardian revealed Blair’s insouciant attitude to The Motor Vehicles (Wearing of Seat Belts in Rear Seats by Adults) Regulations 1991.

Still, he is not making up this charge against Sunak. It is true, however trivial. But Bryant has a record of making false accusations against political opponents. 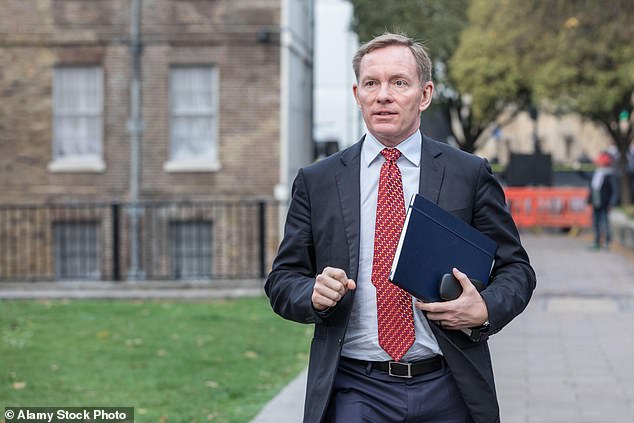 Chris Bryant, the Labour chair of the Commons Committee on Standards said the PM had been ‘fined again for breaking the law’ and should no longer be in office

In 2018, under parliamentary privilege, he made the claim that a New Zealand billionaire, Christopher Chandler, was a ‘money launderer’. This would be a serious crime. But it was completely untrue, and there was no evidence Bryant could bring to support the allegation.

Chandler, a philanthropist who has funded such campaigns as combatting human trafficking and getting child refugees into schools, in more than 100 countries, eventually (after four years) got Bryant to concede that his accusation ‘had been disproved’, and made the MP pay £1,000 to charity in recompense.

What motivated Bryant? Well, he was a passionate opponent of Brexit, one of those determined to thwart it in Parliament, despite the referendum result; and Chandler had set up a British think-tank, the Legatum Institute, which was pro-Brexit.

Chandler argued that Bryant (not alone) had sought ‘to make me an emblem of Brexit, and then, as with all others they perceive as enemies, discredit me in their quest to reverse the decision of the British public’.

More recently, Bryant insisted that he had witnessed a Tory MP, Alexander Stafford, being ‘physically manhandled’ by party whips during a highly contentious vote on ‘fracking’. This was quite an accusation, and not surprisingly, the Speaker of the House, Lindsay Hoyle, ordered an investigation. It turned out to be untrue.

Sir Lindsay told MPs: ‘There is no evidence of any bullying … while some thought that physical contact was being used to force a member into the lobby, the member concerned said very clearly that this did not happen. Those who had the clearest views of the incident confirmed this.’

Yet, just as in his false allegations against that Kiwi philanthropist, Bryant refused to apologise, even when proven to be wrong. I don’t question Bryant’s belief in the accusations he was making (however unjustifiably), as he will surely be aware of the Ninth Commandment: ‘Thou shalt not bear false witness.’

Anyway, this is the man whose job is to promote the highest standards of behaviour within Parliament. Interviewed in 2021 about his role as chair of the Standards Committee, Bryant said: ‘I hate the idea that people are getting that all MPs are on the take or have their snouts in the trough.’

Perhaps they would have been less likely to have got such an idea had not many MPs been exposed for porcine behaviour over their parliamentary expenses.

For example: a certain Chris Bryant, who in 2015 was revealed in a Channel 4 investigation to have claimed more than £35,000 in expenses in 2012-2014 to pay the rent for somewhere to rest his weary head in London … despite owning a two-bedroom penthouse in the capital, which he was letting out for £3,000 a month.

Another Commons veteran who knows Bryant well — and regards him as much more capable than many colleagues who attained high office — told me: ‘He must kick himself for not staying in the Church. He could well have risen to Canterbury. Instead, he is just raddled with acid, the Cardinal of Cant, the Archbishop of Rancour-bury.’

I’d say that Rishi Sunak has more integrity than this most sanctimonious critic.

My friend Lu last week received a very handsome bouquet of flowers. Attached was a card, which read: ‘We are so sorry to hear of your loss and the passing of Mr James Guthrie. Our deepest sympathies to you and your family at this difficult time. From all at Bupa.’

James was Lu’s husband, and Bupa the health insurance firm to which he had paid premiums for over 20 years.

In 2017, James was diagnosed with bowel cancer. On Boxing Day, he died from the condition, aged 72. So you might be thinking: how thoughtful of Bupa to send flowers to his widow.

Yet Lu’s reaction was more like a hollow laugh. For Bupa had treated her husband — a KC and one of the country’s most distinguished legal figures — dreadfully. 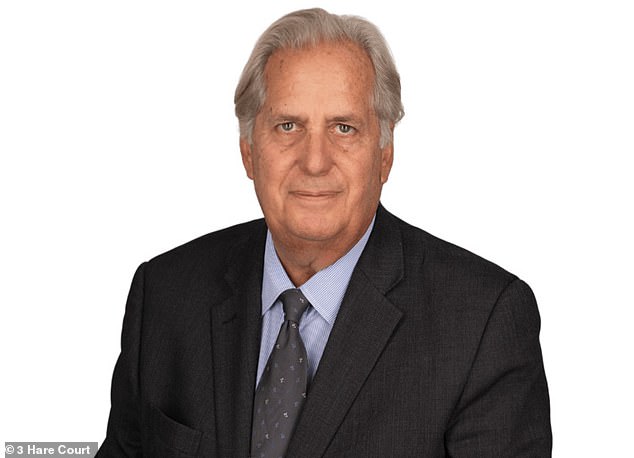 James Guthrie, pictured, was a KC and one of the country’s most distinguished legal figures. In 2017, James was diagnosed with bowel cancer. On Boxing Day he died from the condition, aged 72

As James told the Sunday Times last October: ‘This seems to miss the point of insurance. It seems to me outrageous that Bupa can make money from people who are perfectly well but when they have the misfortune to become ill they either want to get rid of them or charge a premium they can’t possibly afford, so they can avoid taking responsibility.’

Following this devastating interview, the insurance regulator, the Financial Conduct Authority, investigated the matter, and I gather that Bupa agreed to reduce James’s premium substantially.

By then, though, he was close to death, and would no longer be in a position either to cost the firm money or contribute to their profits (£423 million last year).

No wonder that when Lu showed me the condolence card from Bupa, she described the flowers, sardonically, as ‘the icing on the cake’.

Steven Tyler is accused in suit of sexually assaulting a 16-year-old girl in the...