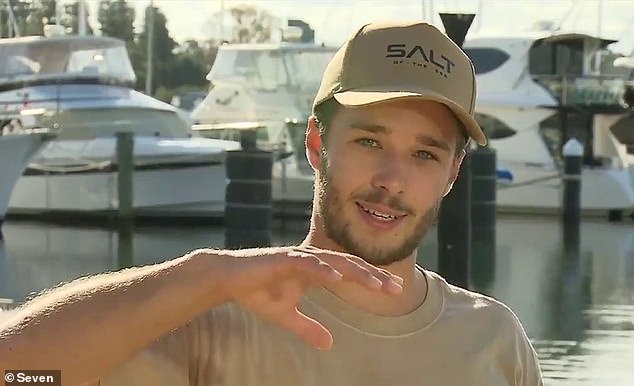 A young diver has lived to tell the tale of a lifetime after his boat was rammed by a ravenous bull shark.

Bailey Haffner, 20, was cleaning in diving gear near the Royal Perth Yacht Club on Thursday morning when the feared ocean predator sized him up in the Swan River.

Mr Haffner didn’t know what to think when he felt a large object smash into the hull of the boat – and seconds later felt utterly terrified, exposed in open water.

When he frantically turned around, he saw the bull shark.

‘This shark has come up basically on top of me on my right-hand side and he’s pushed down and sort of done a turn to kick me off the hull of the boat,’ Haffner told 7NEWS.

‘It was quite a forceful thump and you could feel how thick it was, there was a lot of meat in it. It knocked me as if I was thin air.’

Mr Haffner estimated the shark was at least 3.5m long, based on the size of its head which he added was ‘a decent size.’

The quick-thinking Haffner then used his ocean skills, pulling off his diving mask.

He then bravely attempted to scare the bull shark away from the scene by blowing bubbles – a water motion the creatures are said to hate.

Remarkably, he made it out of the water without a scratch. 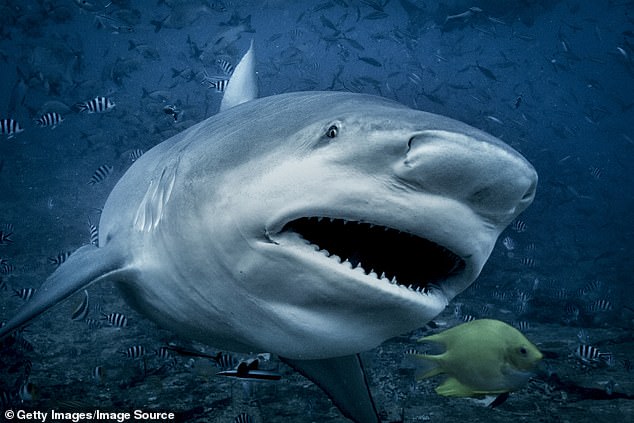 Mr Haffner said the ocean predator was at least 3.5m long, based on the size of its head (stock image)

In January last year, father of two Cameron Wrathall was mauled by a shark in the Swan River.

He broke his hip and died on the way to the hospital, but was revived.

Ironically Mr Wrathall used to swim in the ocean off Cottesloe Beach – but switched to the river to avoid sharks.

Hospitality expert goes viral with her hack that details how to check your hotel...

Molly-Mae Hague sets pulses racing as she poses in swimwear