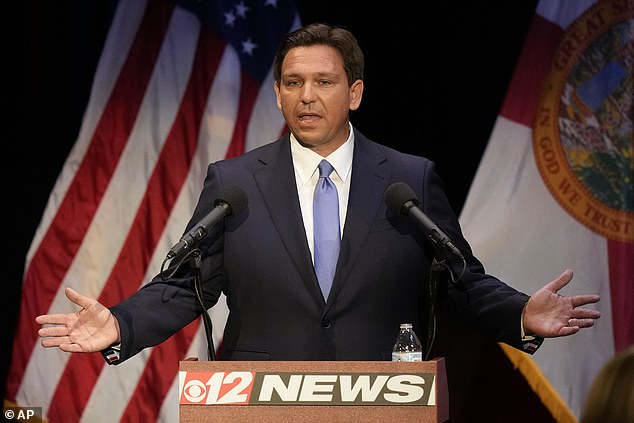 Florida Gov. Ron DeSantis is heading to New York on Saturday to add his star power to the contest to oust the deep-blue state’s Democratic governor.

His arrival will be seen of not just Republicans’ growing hopes of pulling off a string of upsets in next month’s midterms, but confirmation that he is looking to build his national profile ahead of a 2024 presidential run.

In New York, Republican challenger Lee Zeldin has closed to within seven points of Gov. Kathy Hochul, after trailing her by 14 points at the start of the month, according to the political website FiveThirtyEight.

Democrats are pouring millions more into her campaign to shore up her position, while DeSantis – one of the G.O.P.’s most popular figures will stump for Zeldin in Long Island on Saturday.

The Florida governor will take time out from his own reelection campaign to join Zeldin at a ‘Get Out the Vote’ event on the first day of early voting.

Florida Gov. Ron DeSantis is one of the most popular figures in the Republican Party, and he is due to campaign in New York on Saturday for G.O.P. gubernatorial candidate Lee Zeldin 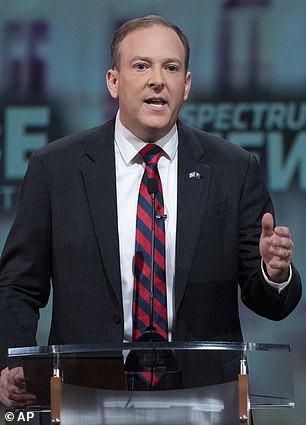 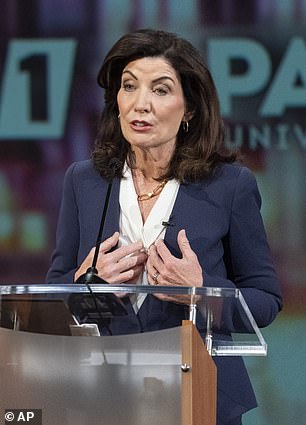 Zeldin has reduced a 14-point gap to 6 points as he tries to unseat Gov. Kathy Hochul

‘I do have to say, New York, we may elect, I think we will elect a Republican Governor Lee Zeldin,’ DeSantis told Fox News on Thursday.

He will be followed on Saturday by Virginia Gov. Glenn Youngkin. He is much is demand among Republican gubernatorial candidates in blue states eager to learn the lessons of his suprise win in Virginia last year.

Zeldin, a four-term congressman from the Trumpist wing of the party, has made headway this month by hitting Hochul hard on crime and the economy.

Democrats are deploying some of their biggest guns to protect their lead.

President Joe Biden visited the state on Thursday to deliver what he believes is good news on investment and the economy.

And former Secretary of State Hillary Clinton will be a ‘surprise guest’ at a rally next week on the Upper West Side, according to City & State.

The main focus of Biden’s visit was to shore up Rep. Sean Patrick Maloney, in a district the president won by 10 points two years ago.

The two candidates for governor appeared together in a debate this week and clashed over crime. Hochul enraged New Yorkers by asking why bail reforms  that many believe have caused New York City’s spiraling crime problem are ‘so important’.

Zeldin challenged Hochul over the state-wide reforms that were brought in under former Governor Andrew Cuomo and NYC Mayor Bill de Blasio in 2019, and which released thousands of ‘low level’ offenders from custody back into the streets. 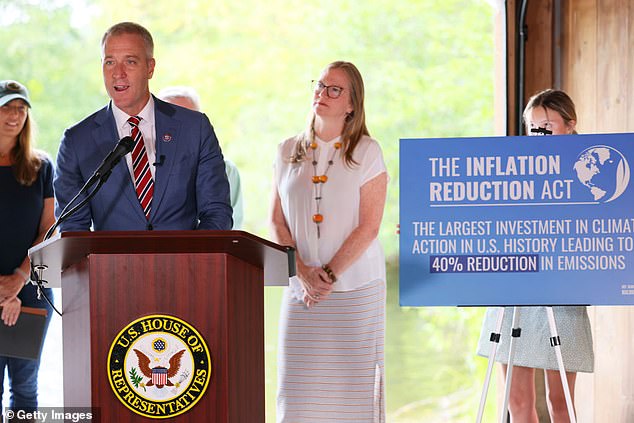 There is more trouble for Democrats in New York. Rep. Sean Patrick Maloney (D-NY) is now in a toss-up race against a Republican opponent in a district that Biden won by 10 points 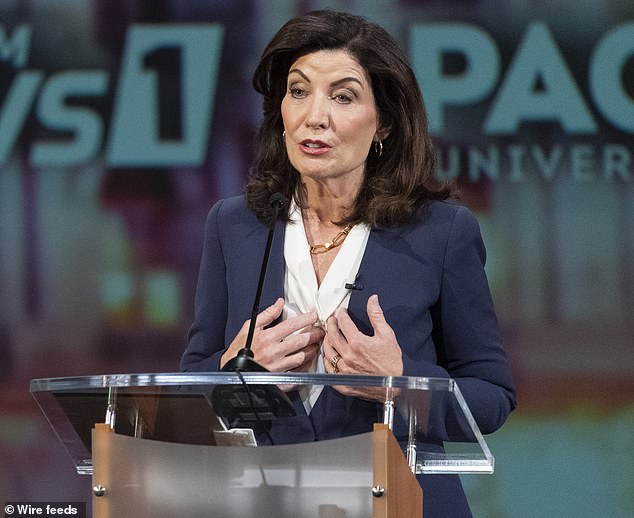 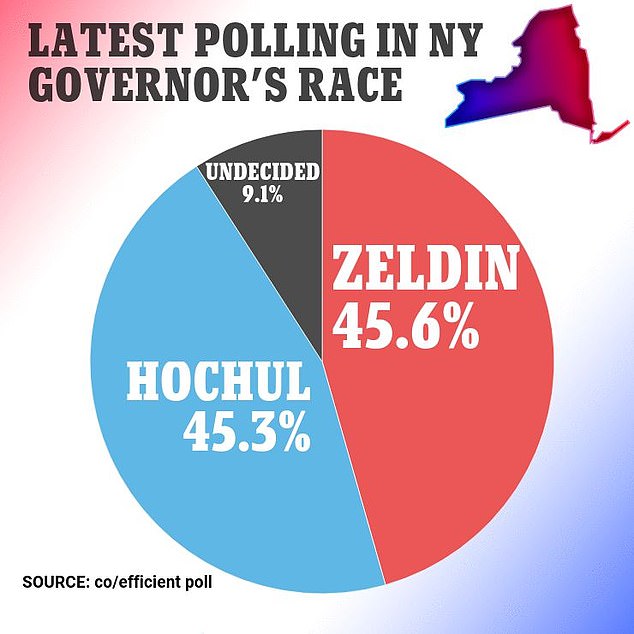 Many New Yorkers believe it is one of the key contributors to the city’s worsening crime problem now.

‘We’re half way through the debate and she still hasn’t talked about locking up anyone committing any crimes,’ Zeldin said.

Hochul replied: ‘Anyone who commits a crime under our laws, especially with the change they made to bail, has consequences.

‘I don’t know why that’s so important to you.’

Her remark angered Republicans and viewers who took it as a sure sign that she will not impose tougher rules if she is elected in November.

Hochul was appointed as Governor Andrew Cuomo’s replacement when he was ousted by a sex scandal last year, but she has never been elected by the state’s 19million residents.

Kate Moss ‘will tell Depp case that he “caught her” when she slipped and...