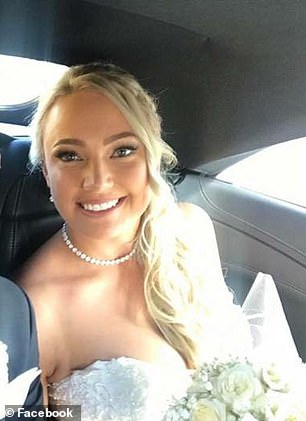 Dayna Isaac, 28 was found dead inside a Colless St unit in Penrith, west Sydney, about 4.15pm on Monday

When police knocked on a mother-of-two’s door after neighbours reported hearing a blazing row, they got no answer and heard nothing inside.

But just 90 minutes later, at 4.15pm on Monday, cops were back at the Colless St unit in Penrith, in Sydney’s west, where they found the body of Dayna Issac, 28.

Officers were accompanied by her new boyfriend Paul Sultan’s mum, who had called them, with her 32-year-old son now in police custody.

The timeline of events has been confirmed by NSW Police to Daily Mail Australia, with police first called to the unit between 2.30pm and 3pm on Monday.

A neighbour had called police to report a ‘disturbance’ coming from Ms Isaac’s home but when officers turned up at the unit, nobody answered the door and they left.

Officers found Ms Isaac’s car burned out in bushland at 3.45pm, 13km away from her home near Castlereagh, in the city’s north-west.

Half an hour later, Ms Isaac’s body was discovered by Mr Sultana’s mother, who had gone to check on her.

She then drove to Penrith Police Station and reported her horror find to officers.

Mr Sultana was arrested at about 3.25am on Tuesday, and remains in police custody.

‘Police were informed that there was a disturbance at the premises and they did attend and they later identified that the deceased was at the premises,’ NSW Police Acting Superintendent Carlene Mahoney said on Tuesday.

Charges are yet to be laid and investigators have set up crime scenes at the unit block and Mr Sultana’s home. 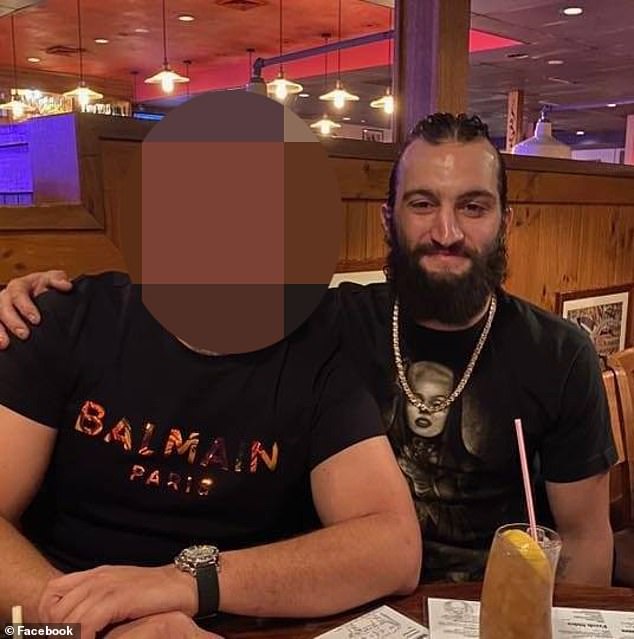 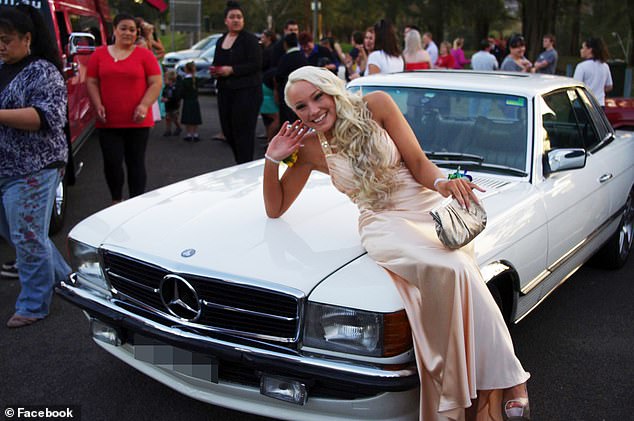 Ms Isaac’s (pictured) friend said she was the ‘most beautiful, kind hearted and selfless’ person she has ever met 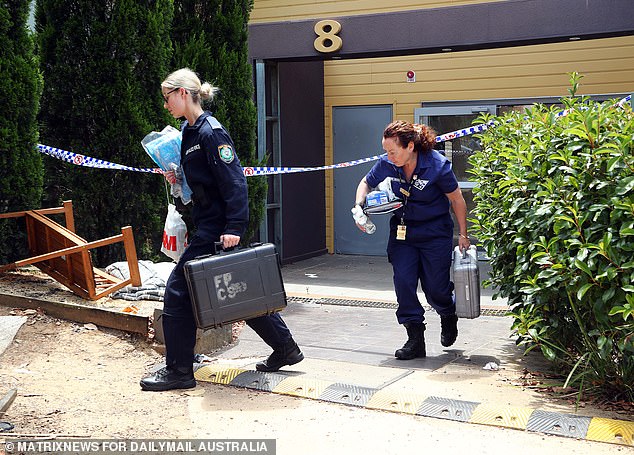 TIMELINE OF WHEN DAYNA ISAAC’S BODY WAS FOUND

A neighbour had reported hearing a disturbance in her apartment

3.45pm: Officers find Ms Isaac’s burnt out car 13km away from her home near Castlereagh

4.15pm: Ms Isaac is found dead inside her unit by her boyfriend Paul Sultana’s mother

Tuesday 3.25am: Mr Sultana is arrested

He remains in police custody and is yet to be charged

Daily Mail Australia understands Ms Isaac was not fully clothed when she was found.

Superintendent Mahoney said the couple had been friends for a long time but had only been dating for about two months.

Police do not believe a weapon was involved, and say there was no history of domestic violence between Ms Isaac and Mr Sultana.

Ms Isaac’s two girls, aged one and three, were not home at the time.

A friend of the mother-of-two said she was the ‘most beautiful, kind-hearted and selfless’ person she had ever met.

‘She lit up the room and was the life of the party,’ the woman, who requested anonymity, told Daily Mail Australia.

‘She was an amazing doting mother to two beautiful girls who absolutely adored her, and I am so so proud to call her not just my friend, but my sister.’ 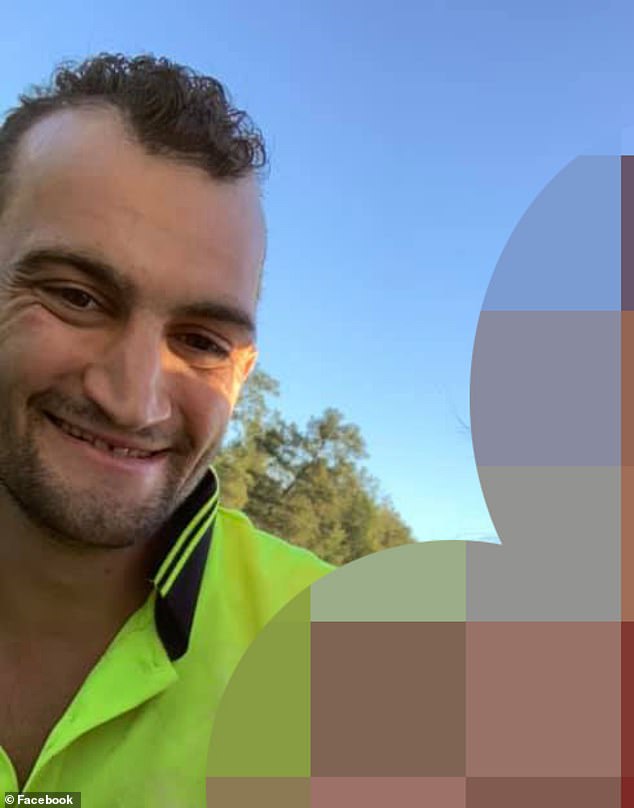 Police do not believe a weapon was involved, and say there was no history of domestic violence between Ms Isaac and Mr Sultana 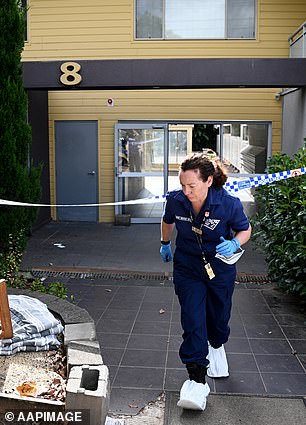 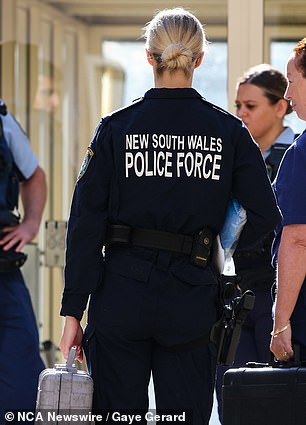 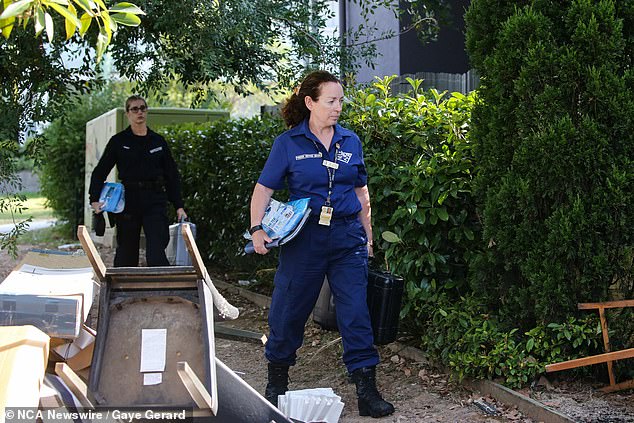 Police and forensic investigators are at the scene

‘You were such a wonderful person. Every time I saw you. You would always have a smile on your face,’ said another friend.

Those living in the area have been rattled by the news about the death of their neighbour.

One local resident said she saw police cars lined up the street when she arrived home on Monday afternoon.

‘I just heard the news, I was shocked,’ she said.

‘This area is pretty quiet, you don’t hear about much happening around here. It tends to be more in Cranebrook.’ 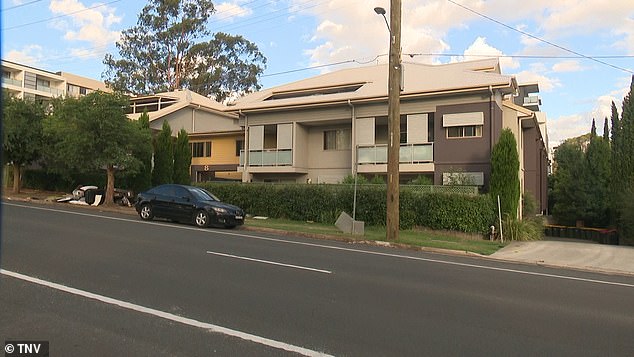 Pictured is the apartment block where Ms Isaac was found dead

Another woman who lives in the same building as Ms Isaac said she woke up this morning to the property taped off and police officers scouring the site.

‘It was quite scary, I was at work yesterday and found out over Facebook a woman had died in my street,’ she said.

‘When I came home late last night there was only one police officer there, but when I came out of the building this morning they were everywhere.’

Police are urging anyone who may have information that could assist detectives to come forward and contact Penrith Police station or Crime Stoppers.

18 states where abortion was outlawed as soon as Roe v. Wade was overturned

The most bizarre items found at TSA security checkpoints in 2022