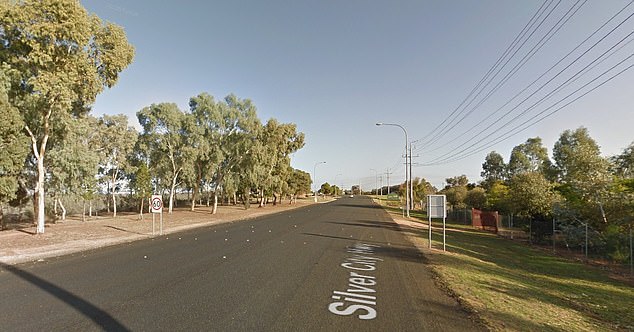 Two people have died after their car veered off the highway and rolled several times near the NSW-Victorian border.

A passing motorist found a sedan had crashed off the Silver City Highway, 13km south-east of Dareton, NSW, about 3.15am on Friday.

Their bodies were found inside the vehicle. A report will be prepared for the Coroner.

The highway is now closed in both directions, with vehicles being diverted through River Rd.

In a statement, NSW Police confirmed Victorian officers were first on the scene before calling their interstate counterparts.

‘Emergency services were called to Silver City Highway after a passing motorist saw a sedan crashed off the roadway,’ a spokesperson said.

‘Victoria Police were first on the scene and advised NSW Police that the bodies of two people had been located near the vehicle, which had rolled multiple times.

‘Officers attached to Barrier Police District established a crime scene and commenced inquiries into the circumstances surrounding the crash.

‘A report will now be prepared for the information of the Coroner.’

It comes after four Korean nationals in their early 20s died after their Honda CRV was T-boned by a semi-trailer in Queensland‘s Southern Downs region on Wednesday night.

The four women, who were Korean nationals aged in their early 20s, were killed on impact.