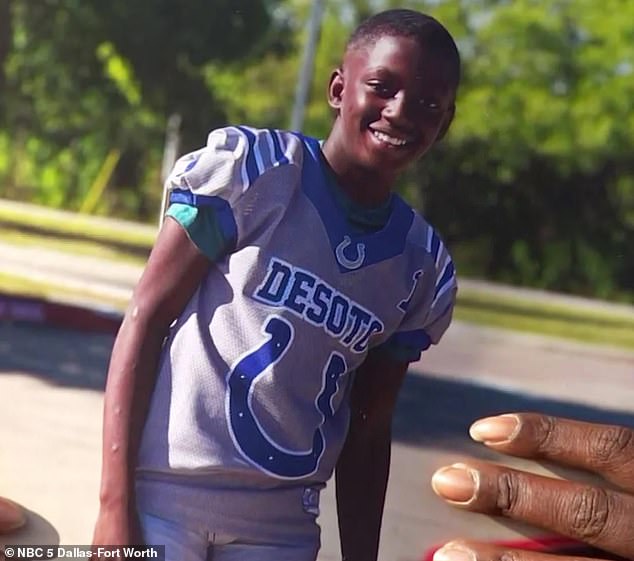 Dallas girl, 14, is charged with murder after shooting and killing 11-year-old boy while aiming for another girl she was fighting in a parking lot

A 14-year-old Texas girl has been charged with murder after shooting dead an 11-year-old boy with a stray bullet during a fight with another girl.

Cops were called to the Cedar Crest area of Dallas at around 2pm on Sunday to reports of a shooting at Southern Oaks Apartments.

They learnt two girls were fighting in the parking lot and one of them, a 14-year-old, ‘retrieved a handgun and fired toward the direction of the female she was fighting,’ said Sergeant Warren Mitchell of Dallas Police Department.

She missed, and instead shot D’evan McFall. He was taken to hospital, but died of his injuries.

D’evan McFall, aged 11, was shot and killed by a 14-year-old girl on Sunday at a Dallas housing complex amid an argument between two girls 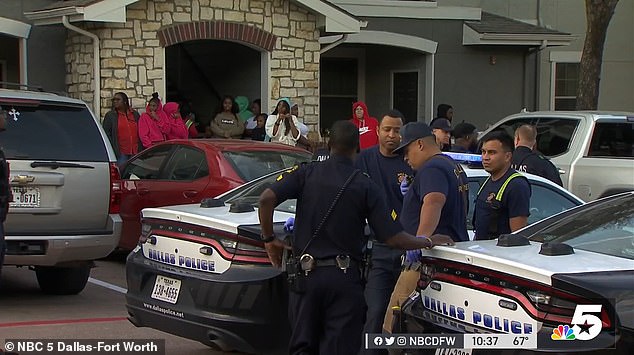 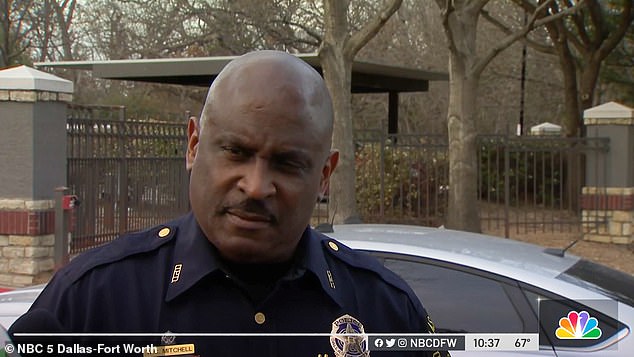 The 14-year-old ran away to a neighboring housing complex, but was seen running away and was arrested, ABC News reported, and has been charged.

She is currently being held at the Henry Wade Juvenile Justice Center. Police did not say whether the lived in the housing complex, and where she got the gun.

‘This is a horrible incident,’ said Mitchell. He said homicide detectives have obtained the murder weapon, and were speaking with witnesses.

He said they did not suspect gang activity, but it was ‘a beef between two juveniles that led to a deadly outcome’. 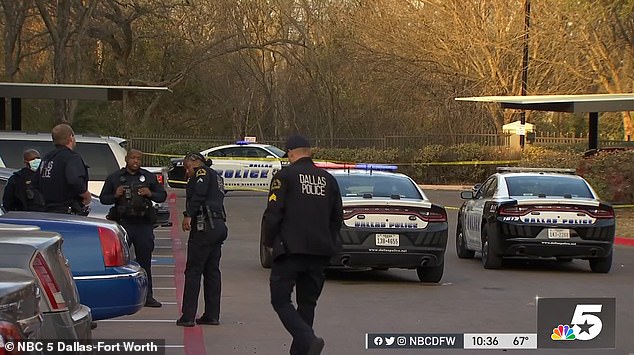 Dallas police are pictured combing the scene of Sunday’s shooting 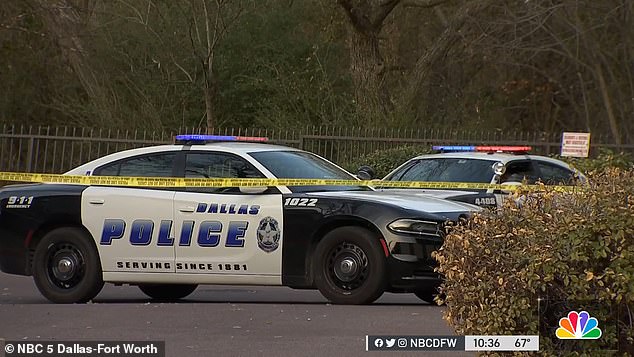 Police in Dallas were called to the apartment complex in the Cedar Crest district, south of downtown, on Sunday afternoon

The death comes a week after a six-year-old boy in Newport News, Virginia took a gun from his home, brought it to school and shot his teacher.

Abigail Zwerner, 25, was shot in the chest by the child. Her injuries were initially described as life-threatening, but she is now in a stable condition.

Trump tells American Jews to ‘get their act together and appreciate what they have’...