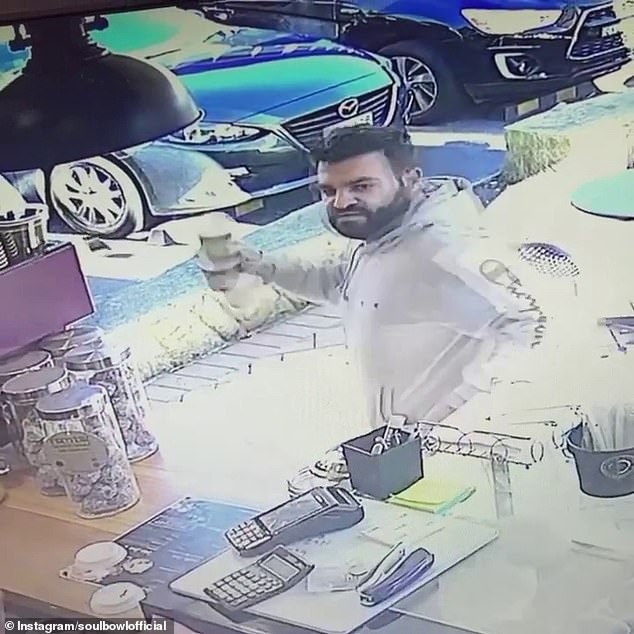 Shocking moment a rude customer throws a hot COFFEE into a barista’s face as the reason for his ‘explosion’ is revealed: ‘Disgusted is an understatement’

An ‘aggressive’ customer has been captured in shocking footage throwing two cups of hot coffee directly onto a barista.

The man had offered to pay for an unknown woman’s coffee at the Soul Bowl cafe in Rosehill in Sydney‘s west on Thursday morning when things suddenly turned ugly.

The woman declined the offer but the man persisted and tried to give the barista money for her drink.

When the barista said he wouldn’t charge the man for the extra coffee, he then ‘exploded’ and tossed the drinks straight onto his face, leaving the staff member with burn marks and a swollen eye.

The cafe’s owner, Lilly, said the customer was very ‘aggressive’ and had earlier been shouting horrific racial slurs at the Nepalese worker including calling him a ‘f**king Indian dog’. 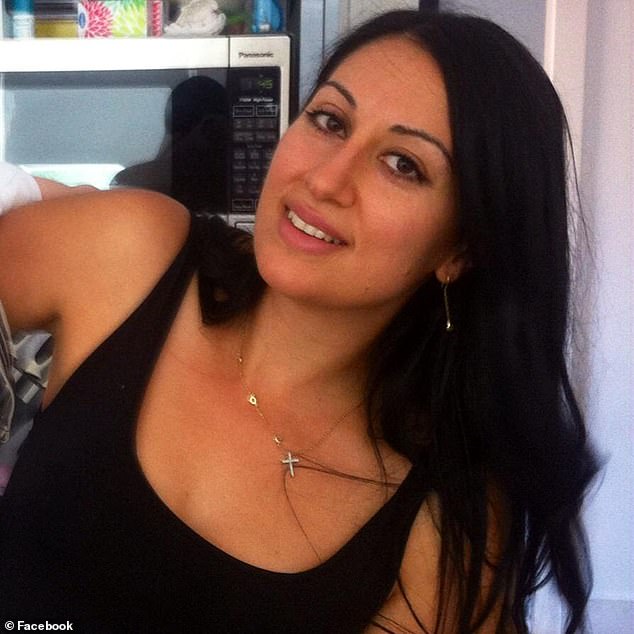 ‘The barista took the physical part of the incident like a man but the abuse, name calling and racial slurs really hurt him,’ she told Daily Mail Australia.

‘When I arrived he was on the verge of tears.’

The staff member, who was soaking wet, didn’t require medical treatment but did have red marks over his face from the hot liquid.

He was told to go home but instead chose to stay and finish his shift after his wife brought him a pair of dry clothes to change into. 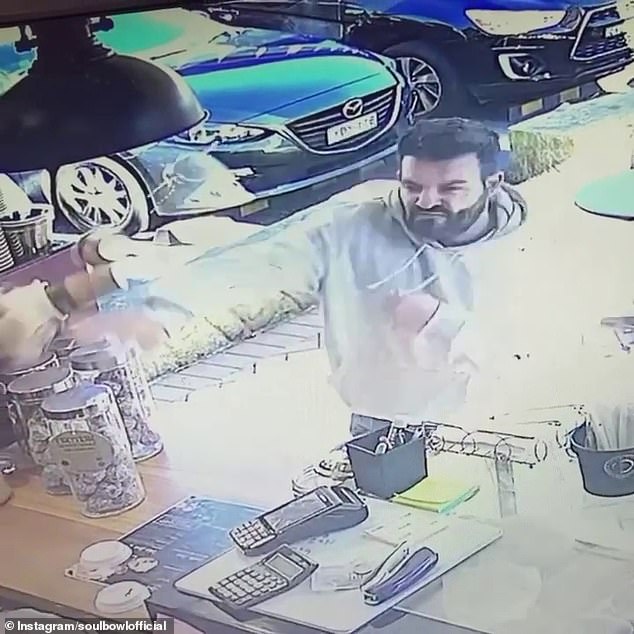 The man had tried to pay for the coffee of another woman but when she declined and the barista didn’t take the money, he ‘exploded’ and doused him with coffee

Lilly has spoken to police, who are investigating the incident.

The horrifying footage of the incident was shared onto the cafe Instagram account by Lilly, who said the man had already been identified by numerous locals.

‘To have someone just wake up on the wrong side of life and take it out on our staff making them feel unsafe is something we will absolutely NOT TOLERATE!!!’

The cafe owner said the staff member who was hit with the coffee had been at the store since opening three years ago and was ‘loved and adored by everyone’. 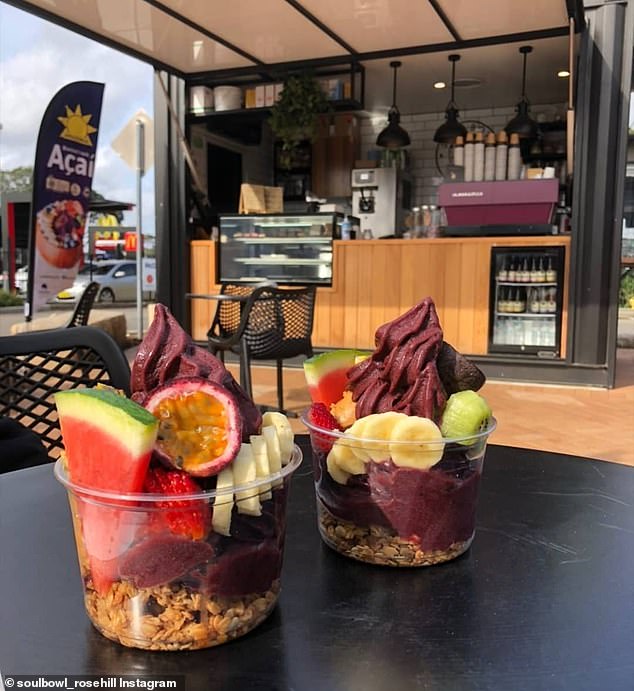 Two-year-old boy is shot in the FACE and man dies after gunman opened fire...

William and Kate ‘to move to Windsor’, Andrew to Scotland – but Harry only...