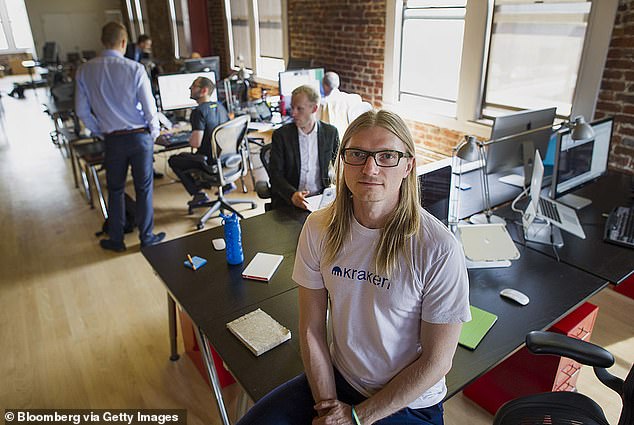 The CEO of Kraken, one of the world’s largest crypto exchanges, has offered his employees four months of severance pay to quit if they are ‘triggered’ by new policies cracking down on culture-war debates in the workplace.

CEO Jesse Powell, 41, issued the company’s new culture guidelines in a memo on Wednesday, warning employees to stop calling each other ‘toxic’ or ‘racist’ and saying ‘being offended doesn’t necessarily make you right.’

On Twitter, Powell said that the new guidelines were prompted by a handful of employees sparking ‘heated debates’ over issues such as diversity, pronouns and ‘being ‘harmed’ by ‘violent’ words.’

‘Most people don’t care and just want to work, but they can’t be productive while triggered people keep dragging them in to debates and therapy sessions,’ Powell added.

In a staff handbook posted online, under the heading ‘Someone Must be Offended, Some of the Time,’ the firm writes: ‘Being offended doesn’t necessarily make you “harmed”’ and that ‘Words nor silence are ever “violence”’ (sic).

The same section continues: ‘Being offended doesn’t necessarily make you right. We say why we disagree and calmly challenge ideas with logic, reason and better ideas. We do not call someone’s words toxic, hateful, racist, x-phobic, unhelpful, etc.’

Kraken CEO Jesse Powell, 41, has offered his employees four months of severance pay to quit if they are ‘triggered’ by new policies cracking down on culture-war debates in the office

The company’s new culture guidelines were publicly released on Wednesday 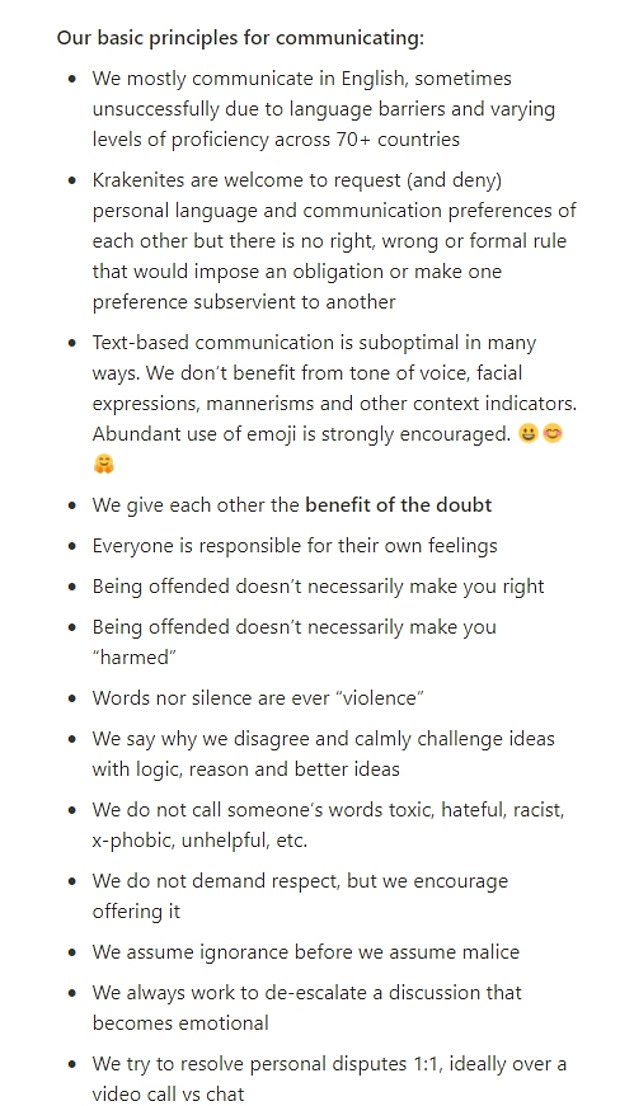 Kraken also shared these anti-woke principles on its staff handbook

In response, Powell is offering the severance package to any employee who disagrees with the new culture statement, giving them until Monday to decide.

Powell told Fox News in an interview on Friday that about 30 employees had taken the severance deal so far, or roughly 1 percent of Kraken’s workforce of 3,000.

‘We had a few people creating distractions for the whole company, and we had a bunch of people sympathizing with these people, so we thought it would be better if these people weren’t comfortable here, if they just moved on,’ he said.

‘And, I think everyone’s just ready to get back to work and stop being distracted,’ said Powell.

The new company guidelines include a lengthy section on internal communications, and warns that avoiding feelings of offense is not the company’s primary goal. 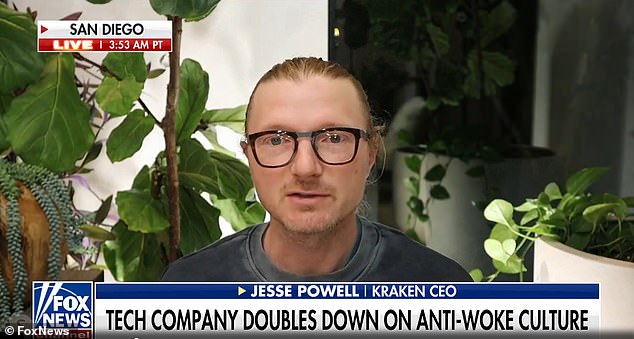 Powell told Fox News in an interview on Friday that about 30 employees had taken the severance deal so far, or roughly 1 percent of Kraken’s workforce of 3,000

The policy bans calling ‘someone’s words toxic, hateful, racist, x-phobic, unhelpful, etc.’ and says that neither ‘words nor silence are ever ‘violence’.’

The guidelines were released on the same day that the New York Times published a lengthy article detailing the culture wars within the Kraken workplace.

The article, citing five Kraken employees and internal documents, said that some workers accused Powell of ‘fostering a hateful workplace and damaging their mental health.’

He also questioned their use of preferred pronouns and led a discussion about ‘who can refer to another person as the N word,’ according to the Times. 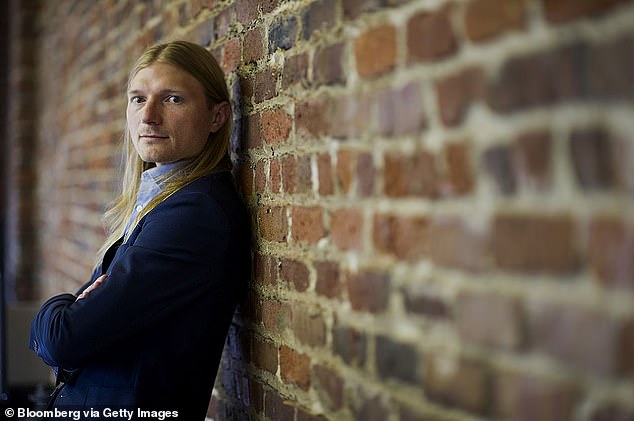 Powell also reportedly mused that questions about differences in intelligence and risk appetite between men and women were ‘not as settled as one might have initially thought.’

As part of Wednesday’s announcement, Kraken said that it was seeking to hire 500 new employees, even as competitors shed staff amid a sharp downturn in the crypto market.

On Friday evening, Bitcoin was trading around $20,400, down 29 percent from a month ago and 57 percent from the start of the year.

Powell describes himself as libertarian and previously said that Bitcoin is the ’embodiment of libertarian values.’

He attended California State University, Sacramento and first founded Kraken in 2011 with with Thanh Luu, who now sits on the company’s board.

The company, which allows users to buy, sell and trade various cryptocurrencies, s valued at $11 billion, according to PitchBook.

Kraft Paperboard CBD Display Boxes: How They Help Your Brand

Video shared by the royal family of how to make Hot Cross Buns is...