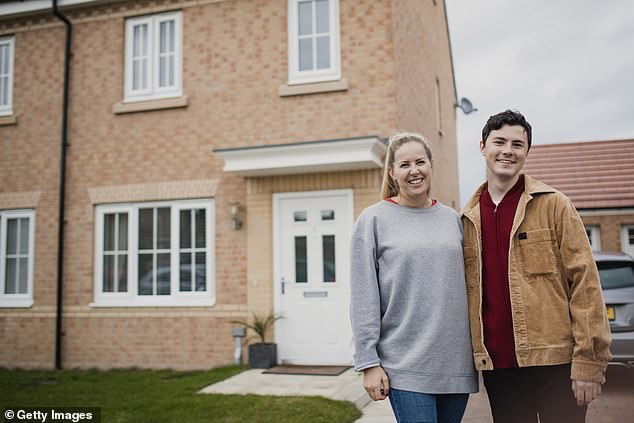 Forget a sneaky trip to the Maldives! Crackdown on borrowers who take out big mortgages and spend money they promised would clear debts

By Myra Butterworth For MailOnline

Borrowers who take out large mortgages on the basis that they will clear existing debts will be increasingly scrutinised by lenders amid the cost of living crisis, mortgage brokers have warned.

A number of lenders already have criteria in place that protect against people taking out large loans and then failing to proceed to pay off their debts once the mortgage cash hits their bank account.

An example of this is Halifax, which advises brokers that any current credit commitments would be ‘deducted in our affordability calculation even where declared as ‘to be repaid”.

Essentially, this means that higher-risk borrowers who mark a debt as ‘to be repaid’ will still be treated as if that debt will not be repaid. Brokers said that they expect to see more lenders adopting this approach in the weeks and months ahead.

This is not a new lending approach from Halifax, which confirmed it has been advising brokers of this since 2020, with many other lenders also taking a similar stance.

Lewis Shaw, of Shaw Financial Services, said: ‘We expect to see more of this from lenders in the months ahead.

‘Essentially, this is a major high street lender saying we don’t believe you’ll pay off the debt but will probably go out and treat yourself to a nice holiday in the Maldives, buy a Rolex or quickly run up more debt. Human nature what it is, they’re often not wrong, either.’

And Graham Cox, of the Self Employed Mortgage Hub, added: ‘With the huge increase in the cost of living, some borrowers are not using the extra borrowing to clear debts, but instead to supplement their income or maintain their existing standard of living.

‘Therefore, expect much more of this tightening of affordability criteria over the next year, particularly if house prices start going into reverse.’

Lenders have taken an increasingly tighter stance on lending criteria since the financial crisis of 2008 to help ensure borrowers do not over-stretch themselves.

But the ability of borrowers to keep up with their mortgage repayments is once again under the spotlight as households face higher bills amid the cost of living crisis.

In what is being seen as the biggest clampdown by banks on mortgage checks in more than a decade, last week Santander made it tougher for borrowers to meet its lending criteria because it told brokers it would reflect the rises in household bills, National Insurance and taxes. 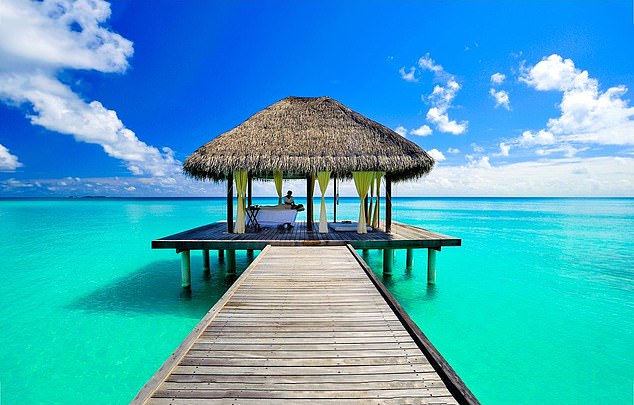 Broker Lewis Shaw says: ‘Essentially, this is a high street lender saying we don’t believe you’ll pay off the debt but will probably go out and treat yourself to a nice holiday in the Maldives’

Taylor Scott-Barr, of Carl Summers Financial Services, said: ‘The reality is that many borrowers either do not repay the debts once the money hits their account, or they do but then run up the debts again in the next few years.

‘It is not to say all borrowers do this, but a large enough proportion do to create a risk for lenders.’

He suggested that one option would be to make it a condition of the mortgage offer for the solicitor, or even the lender’s own advances team, to repay the debts directly.

However, Mr Scott-Barr added: ‘That still wouldn’t solve the problem of people running up the debts again.’

And for those borrowers who think they can still run up debts and for them to be undetected on their mortgage application, one broker added a stark warning.

Mr Shaw explained: ‘The general public often think they can outsmart lenders, but the reality is that lenders have access to incredible tech and so much data that it’s impossible to fool them.

‘The general public often think they can outsmart lenders, but the reality is that lenders have access to incredible tech and so much data that it’s impossible to fool them.

‘For example, via open banking and credit checking, lenders can see if debt has been repaid or not, and they share this information with other lenders. I had a case recently where a lender refused a loan because the applicant had said they would pay off a debt a couple of years ago but didn’t. In the world of digital banking, there is nowhere to hide.’

Best mortgage rates and how to find them

Finding a mortgage can seem confusing due to the huge range of deals on offer.

This is Money has partnered with independent fee-free mortgage broker L&C, to help you find the right home loan.

Our mortgage calculator can let you filter deals to see which ones suit your home’s value and level of deposit.

You can also compare different mortgage fixed rate lengths, from two-year fixes, to five-year fixes and even ten-year fixes, with monthly and total costs shown.

Use the tool at the link below to compare the best deals, factoring in both fees and rates.

Jackass star Johnny Knoxville sued over PRANK where victim was accused of killing a...