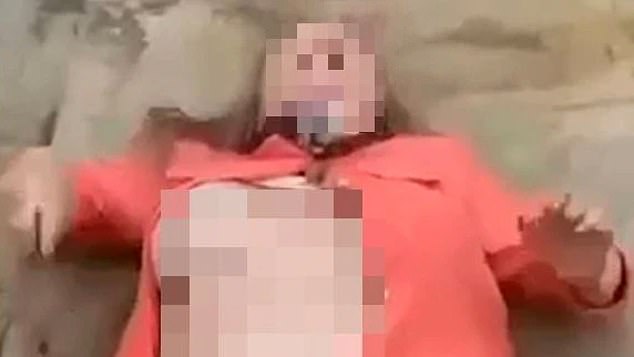 A couple have filmed themselves having sex on the grave of a renowned Australian artist.

The man and woman decided to get intimate at St Mark’s Anglican Cemetery, in Cressy, northern Tasmania – in broad daylight.

The footage has since done the rounds on social media with the grave identified as belonging to David Hammond Chapman, a painter known for his landscape work.

The man and woman decided to get intimate on top of the grave at St Mark’s Anglican Cemetery, in Cressy, northern Tasmania – in broad daylight

Mr Chapman died in 1983, and his wife Beatrice has also been buried with him, after she passed away in 2018.

In the video a woman is seen wearing nothing but an unbuttoned orange shirt as she lies down on the grave, before being joined by her partner.

The woman then mocks the bodies laid to rest in the cemetery and says ‘to the souls of the faithfully departed, may they rest in peace’.

One person who viewed the footage said they hoped the family of Mr Chapman were aware of what had been done to his burial site.

‘I find this extremely disgusting, and I hope the news reaches the family of whose grave it is,’ they told the publication. 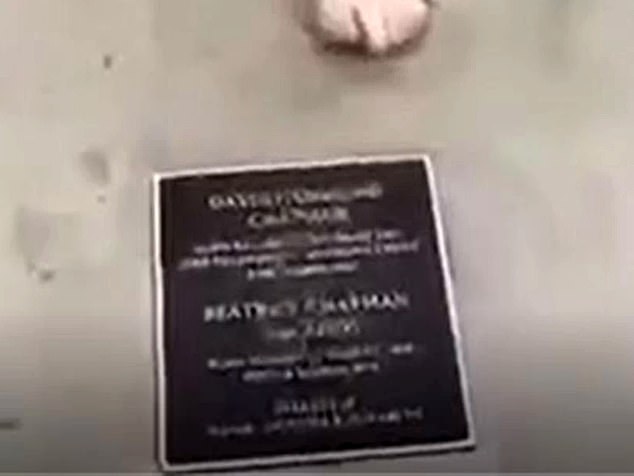 The footage has since done the rounds on social media with the grave belonging to David Hammond Chapman, a painter known for his landscape work

But the couple’s lewd act didn’t end there, with another video circulating of a couple – believed to be the same couple – using a fish in a sex act.

In that video the woman is seen lying on a boat while her partner uses the live fish to perform a sex act on her.

‘That’s how you catch a trout,’ the man says.

Tasmania Police confirmed they were aware of the video with the fish and were investigating.

Social media users have been warned to delete the footage immediately as possessing or sharing it can be a crime.

The rapper who HATES Australia: Azealia Banks called Aussies ‘violent’ in the past

Boris closes the gap: Labour is now just ONE point ahead of the Tories...

Charlie Sheen steps out with son in Malibu day after his daughter posts her...