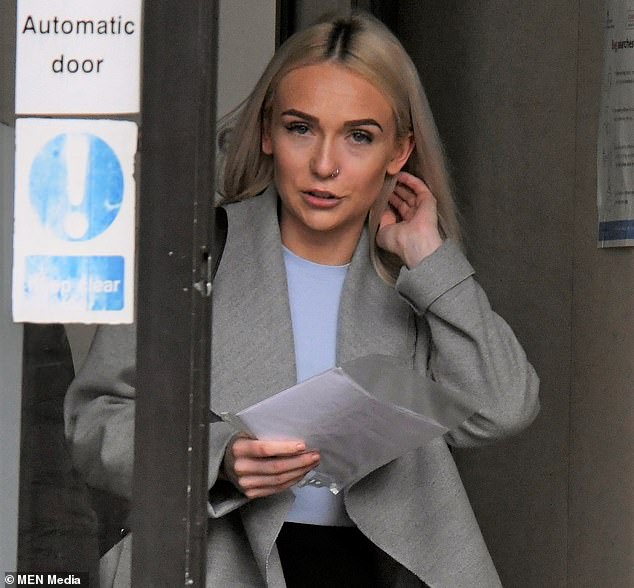 A heavily pregnant Hull City Council worker forwarded the address of a sex offender to an anti-paedophile group, who sent a 30-strong mob to the property, threatening to kill him and burn down his home.

Customer Services Assistant Chloe Carr sent the highly sensitive information to paedophile hunters, telling them that the sex offender ‘deserves all her gets’ and was ‘disgusting’, Hull Crown Court Heard.

The 23-year-old asked the hunters not to reveal that she had passed on the confidential information.

The sex offender was moved to a new address, as the court heard that Carr’s actions  helped to ‘whip up a frenzy’ and were ‘not a public service at all’ as they ‘destabilised’ convicted criminals and risked making them ‘unpredictable.’

She denied misconduct in a public office as a customer service advisor for Hull City Council by abusing the public’s trust and disclosing confidential and personal data between June 4 and July 2, 2020, and the charge was dropped.

Charlotte Baines, prosecuting, told the court that Carr was employed by an agency to work for the council to help direct people to assistance they may be able to access.

Due to the coronavirus pandemic, Carr was working from home in Anlaby, but was in a work chat group so that she could be in contact with her colleagues.

A colleague sent a message to the group stating that a call had been received from a convicted sex offender, who had reached out to the council’s customer services team to request a food parcel having being placed in emergency accommodation after his details were shared online.

The address was shared to the group chat and Carr sent the details onto a Hull-based anti-paedophile group.

She told the paedophile hunters she had details on the sex offender, but asked to be kept anonymous. She said in messages that it was ‘disgusting’ that the sex offender was still in Hull and would be living near a school.

When asked by the anti-paedophile group if she had proof of the sex offender’s address she said: ‘Yes, everything is 100 per cent’, and confirmed she had his street address.

She added that she worked for Hull City Council and sent a screenshot of the address, adding: ‘This can’t come back to me due to my work.’ 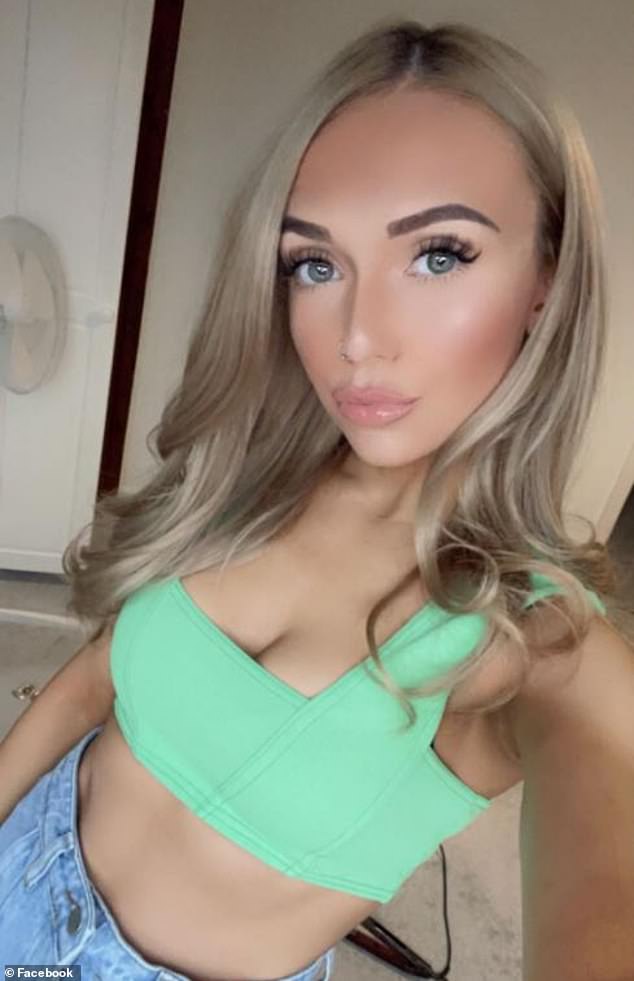 When asked for the number of the house, she said it was ‘so wrong’ to put the man there and wrote: ‘I don’t believe in it. I will look now.’

She added: ‘Please don’t mention it’s come from the council’ because records were kept and it might ‘come back to me’ when told the details would be posted online.

Miss Bains told the court: ‘The defendant made it abundantly clear that she worked for Hull City Council and the information needed to be kept anonymous.’

At 18:40, the sex offender contacted police to say he had received a food parcel as requested from Hull City Council but that there were people at his door trying to break in.

He said he had been warned by around 30 people in a mob outside the house to ‘get out now or they would kill him and burn down the property.’

At 19:19, the anti-paedophile group contacted Carr on Facebook Messenger to tell her the sex offender had been moved from the property.

She replied: ‘I am so happy. He is bloody awful. Happy to have helped everyone.’

Police later identified Carr as being involved in the chats after realising they was a problem, and went to her home and seized two laptops.

She told police she was angered when a colleague shared details of the sex offender because she was pregnant, and that someone in the group chat had said something needed to be done, prompting her to contact the anti-paedophile group.

‘She said that she knew it was wrong,’ Miss Baines told the court. ‘She was kicked out of the works chat. She wasn’t allowed to return to work, one assumes.’

Helen Chapman, mitigating, said the sex offenders Carr had been referring to were people who had been before the courts, had been found guilty or sentenced and had ‘done their time and come out’ of prison.

‘These groups exist on Facebook in order to whip up a frenzy,’ she told the court.

Carr was heavily pregnant at the time and the messages were exchanged just two weeks before she gave birth to her son in July 2020.

The offence was ‘short-lived but persistent’, and Carr was in ‘something of a vulnerable position’ at the time because the father of her child had left her, Miss Chapman added. 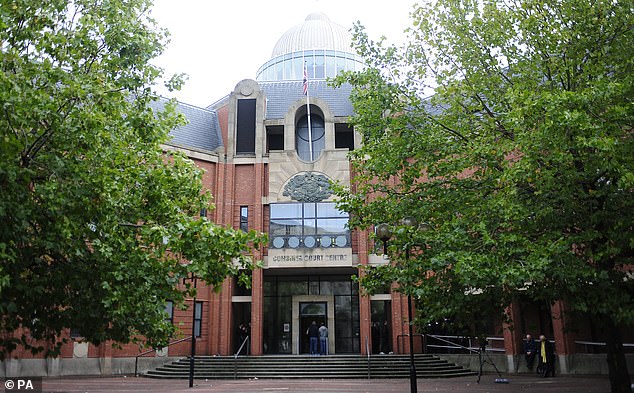 The case was heard at Hull Crown Court (pictured)

‘It didn’t help that she was working from home,’ she said.

Carr, who had no previous convictions, is now ‘just beginning to look for work,’ Miss Chapman added.

Judge Mark Bury said the offence may not have happened if Carr had been under a ‘little bit more supervision’ and if she had not been working from home.

The decision not to proceed with a prosecution under a more serious misconduct in public office offence had been taken after a ‘thorough review by a number of different people’ for the prosecution, meaning that Carr now faced the maximum penalty of a fine, and not a prison sentence.

Judge Bury told her she was ‘very lucky’ and said: ‘The offence that you have committed is, in my view, a very serious one that would have carried a sentence of imprisonment.’

He told the court: ‘I would have locked her up.’

He added that it was not for Carr or anyone else to comment and say the sex offender ‘deserves all he gets’.

‘They had done their punishment. It wasn’t for you to give their details out,’ he added.

‘The problem that this causes is that it destabilises offenders. It makes them unpredictable and more likely to commit offences that everyone else is trying their hardest to prevent them from doing. It’s not doing a public service at all. It’s a huge disservice.

‘I am quite satisfied that you knew what you were doing because you said you didn’t want your name to be mentioned because you would be sacked, which, of course, you were. I hope this has been a lesson.

‘If you work in the public sector again, you just have to remember that you have a grave responsibility with public details. You thought you were helping. You were not.’

Khloe Kardashian, 38, shows off her toned figure on Instagram