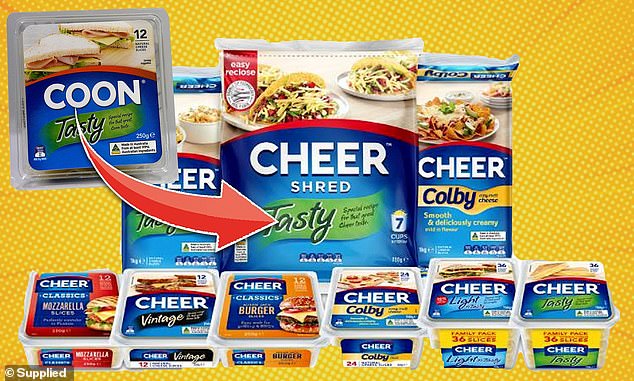 An Australian conservative commentator believes the sacking of up to 75 workers at a factory making what was formerly called Coon cheese is a case of ‘go woke, go broke’.

In July 2021, the then 90-year-old Australian Coon cheese brand changed its name to Cheer after a campaign saying the old name was racist.

‘We did warn back over a year ago that if Coon cheese decided to go woke…,’ he said while co-host Rita Panahi laughed along.

Saputo, though, said the layoffs were caused by financial losses and milk supply issues.

Coon cheese announced its name change to Cheer with an ad (pictured), but 16 months later it is laying off 75 people

‘We now learn that Coon cheese, which changed its name to the really catchy name of Cheer cheese – I mean that rolls off the tongue, it really does,’ Dean joked.

‘They’ve just fired 75 workers and it looks like they’re going down the proverbial.’

To back up his thesis, he turned to American conservative commentator James Morrow in his Washington DC office.

‘This is of course what was going to happen. There was a whole controversy around it, when there needed to be none,’ Morrow said.

‘There was one noisy activist, do you remember, one guy who made it his life’s work of 10, 20 years to try and change the name of this cheese.’

Morrow was probably referring to Aboriginal activist Dr Stephen Hagan, who, along with many others, spent two decades lobbying to have the brand name changed as the word ‘coon’ is a slur against people of colour.

Morrow continued: ‘Then it became Cheer cheese, which sounds like a laundry detergent or something like that.’

Dean and Panahi then laughed their approval at his jibe.

But Canadian company Saputo, which owns the Cheer cheese brand, said the layoffs were caused by falling sales and milk supply problems.

It is not known if the change of name from Coon to Cheer played any role in falling sales of the cheese, or if it was more a case of increasing prices causing consumers to switch to cheaper products.

Its chief operating officer Leanne Cutts said it was a ‘very difficult decision’.

‘Today’s announcement continues our journey towards long-term success for our business in Australia by increasing our efficiency and productivity, and making our business more competitive,’ she said.

‘Site management will work closely with affected employees at the three impacted sites to discuss redeployment and retraining opportunities.

‘Where alternative roles are not available, these employees will be provided with severance and outplacement support,’ Ms Cutts said. 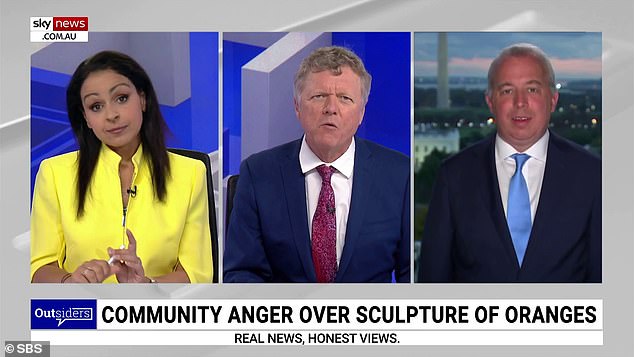 One man tweeted ‘What a deadset joke this is! It’s been “Coon” cheese for 85 years straight and is the damn surname of the founder. 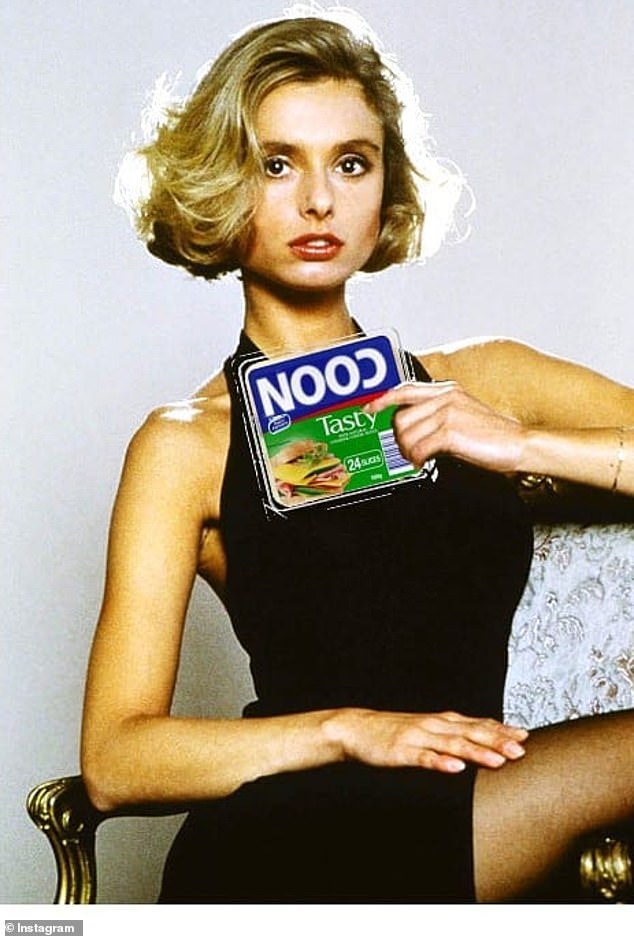 Coon cheese had been much-loved by Australians for almost nine decades before it changed its name to Cheer. Pictured is an old advertisement

‘What a world this has become – filled with sensitive f**k out there! Ain’t buying this damn cheese no more!’

‘When you change the name, we stop buying Coon cheese.’

The iconic Australian brand was founded in 1931 as Red Coon.

It was named after American cheesemaker Edward Coon, who in 1926 patented a method for fast maturation of cheese through high temperature and humidity.

In 2001, activists started a campaign to have the name changed because of what they said was its racist connotations.

Aboriginal activist Dr Stephen Hagan, did not believe the brand name came from Mr Coon, but had always been a racist joke.

Events such as the Black Lives Matter movement helped get the activists a hearing for their views.

Coon’s owners Saputo finally gave in and announced the name change to Cheer in 2021.

‘I said that the cheese brand was offensive, I said that it demeans people of colour,’ Dr Hagan told the ABC at the time.

Saputo, a Canadian company, said ‘One of our basic principles as an organisation is to treat people with respect and without discrimination and we will not condone behaviour that goes against this.

‘We wanted to ensure we listened to all the concerns surrounding the Coon brand name, while also considering comments from consumers who cherish the brand and recognise the origin of its founder Edward William Coon, which they feel connected to.

‘After thorough consideration, Saputo has decided to retire the Coon brand name.’

Dr Hagan welcomed the change, saying ‘If I didn’t make a stand, we would still be eating Coon cheese in another 20 years’ time.’

‘Strictly Come Dancing is helping me with my body issues’, says Matt Goss