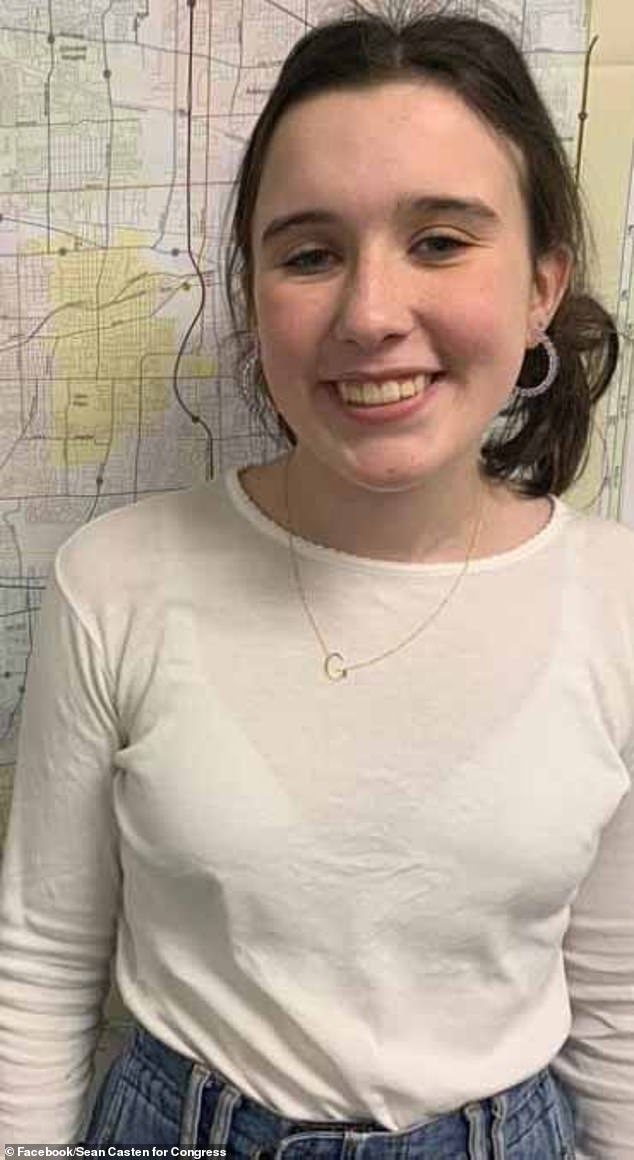 Congressman Sean Casten’s daughter dies aged 17: Teen is pronounced dead at family home – days after her father spoke of his ‘tremendous pride’ after she organized training on how save someone’s life from a gunshot wound

The suburban Chicago Democrat‘s office said that the Casten family requests privacy after Gwen passed away without providing further details about her death.

‘This morning, Congressman Casten’s beloved daughter, Gwen, 17, passed away. The Casten family requests privacy, and we will be issuing no further comment during this heartbreaking time,’ the office said on Monday.

Downers Grove police officers were called to the house just before 7am ‘for an unresponsive seventeen year old female’, the police said, according to the outlet. ‘First responders determined that the subject was deceased.’

Gwen was active in the political sphere and following in the footsteps of her father by fighting for social causes – such as gun control – that she was passionate about.

Her death comes just days after Rep. Casten, 50, said he had ‘tremendous pride’ in Gwen after she took the initiative to organize a ‘Stop the Bleed’ training at her school so that children could learn how to pack a gunshot wound during a school shooting. 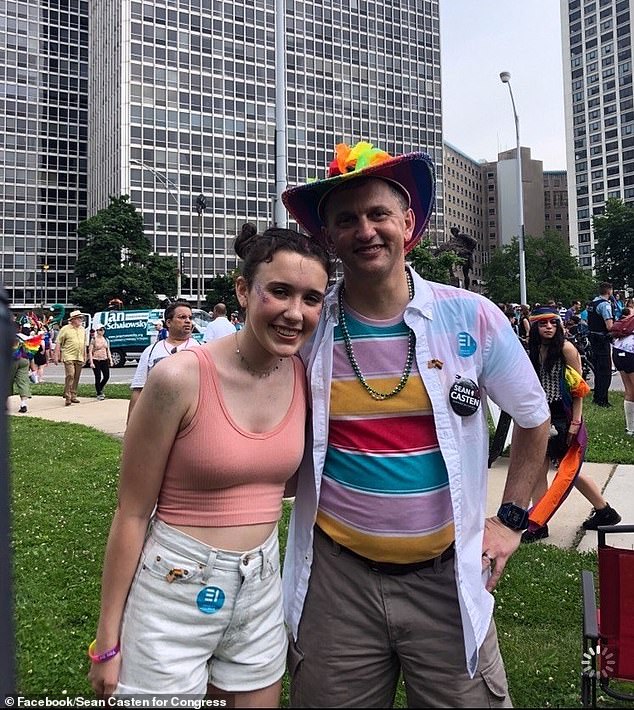 The teenager died on Monday morning at the family’s Downers Grove home. Pictured: Gwen and her father at a Pride event

‘I have both tremendous pride that my daughter took the initiative to organize that and tremendous shame that we as a country are making it the responsibility of children aged 15, 16 and 17 to do what sitting United States senators don’t have the courage to do themselves,’ Rep. Casten told Newsy.

Gwen also served as a co-director of the March For Our Lives Illinois chapter, a youth-led movement aimed at tackling gun violence.

The teenager has also appeared in a campaign video in support of her father, who is running for a third term in Congress against fellow incumbent Democrat Rep. Marie Newman. 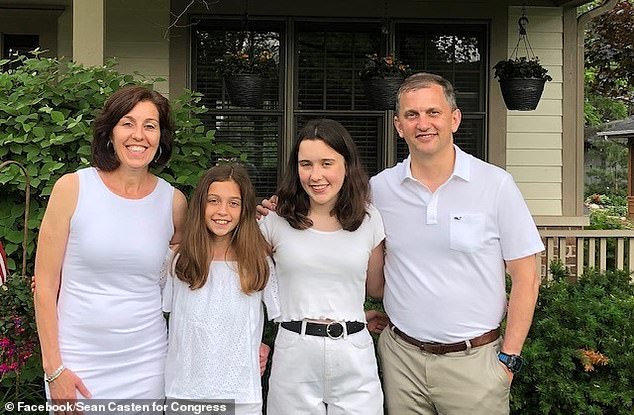 Sean Casten with his wife Kara, and daughters including Gwen (second right) 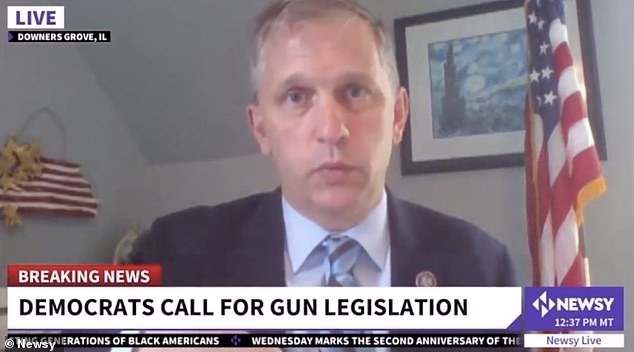 Her death comes just days after Rep. Casten, 50, said he had ‘tremendous pride’ in Gwen after she took the initiative to organize a ‘Stop the Bleed’ training at her school so that children could learn how to pack a gunshot wound during a school shooting

My teenage daughter, Gwen organized a “Stop The Bleed” training to learn how to pack a gunshot wound during a school shooting because, in America, our children have taken it upon themselves to do what sitting US Senators don’t have the courage to do. pic.twitter.com/FSV2OJatq9

Casten’s campaign in February tweeted a photograph of the Democrat with Gwen, who was holding a petition in her hand.

‘It’s a big year in the Casten household! Sean’s daughter will be voting in her first election and was able to sign the petition for her dad,’ his campaign tweeted.

Casten is running against Newman in the newly redrawn 6th Congressional District.

Newman said in a statement on Monday night: ‘My heart breaks for the Casten family for the devastating loss of their daughter. My prayers are with Sean, Kara, and the entire Casten family.’

The Newman campaign ‘is working to cease all comparative paid communications immediately,’ the statement said.

Casten and his wife Kara have two daughters together.

Liverpool fan, 11, ‘feared he would die’ after he was tear-gassed at chaotic Champions...

How Exposure to Contaminated Water Impacts Your Health