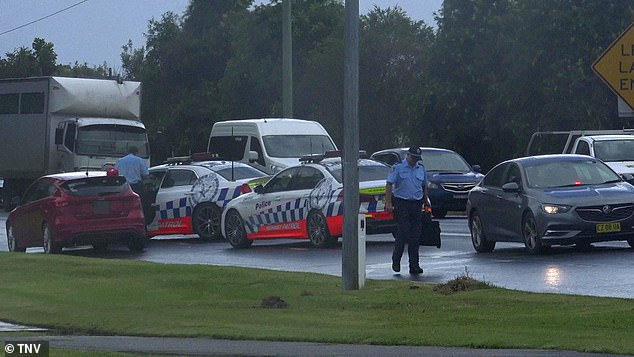 A man allegedly drove at police before being shot in the shoulder on the NSW mid-north coast, closing part of a major highway before the Easter long weekend.

Police stopped a northbound vehicle on the Pacific Highway near Stadium Drive intersection at Coffs Harbour shortly before 10.30am Thursday.

They allege the man drove towards officers before one of them discharged their firearm.

The driver allegedly drove off, sparking a short pursuit along the highway before the vehicle stopped on Hogbin Drive, where the man, 29 was arrested without incident.

He was treated for a gunshot wound to his right shoulder and taken to hospital in a serious condition. His injuries aren’t deemed to be life-threatening. 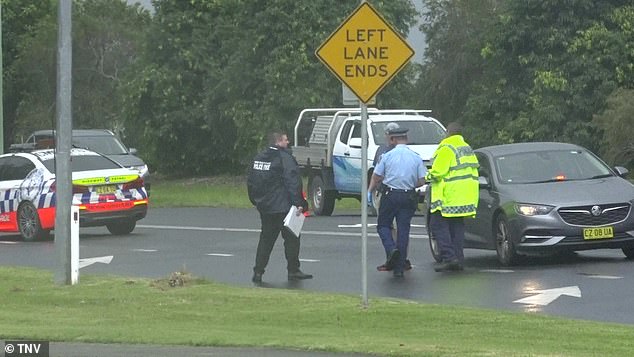 Police launched a critical investigation as they established two crime scenes and closed the Pacific Highway at Stadium Drive.

The injured driver was immediately surrounded by officers when he pulled over near the Coffs Harbour Education Campus.

‘I didn’t hear a gunshot but suddenly a lot of police cars and two ambulances arrived just outside the campus on Hogbin Drive,’ one employee told the Daily Telegraph.

‘The two ambulances left but the red car stayed surrounded.’

The critical police investigation will also be subject to an independent review.

One northbound lane of the Pacific Highway reopened shortly before 1pm while Hogbin Drive is still closed southbound.

Traffic delays resulted in a four-vehicle accident on the highway at nearby Boambee.

Motorists are urged to avoid the area with traffic delays in both directions on Pacific Highway between Sawtell Road in Boambee and Stadium Drive.

‘Use an alternative route or consider delaying your trip,’ Live Traffic NSW states. 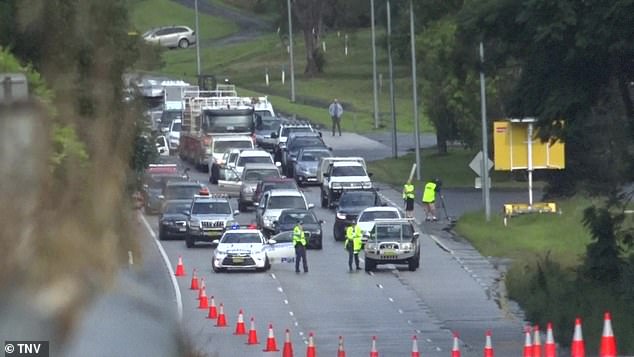 The newlyweds decided to tie the knot on a beach in nearby Sawtell instead.

‘It’s absolutely insane and the best wedding story that there could possibly be,’ Alison Bergh told the ABC.

New husband Richard Knight added: ‘Fortunately it’s only a small crowd that was going to be at the wedding, so we don’t have to make lots of calls to tell everybody of the change of venue.’ 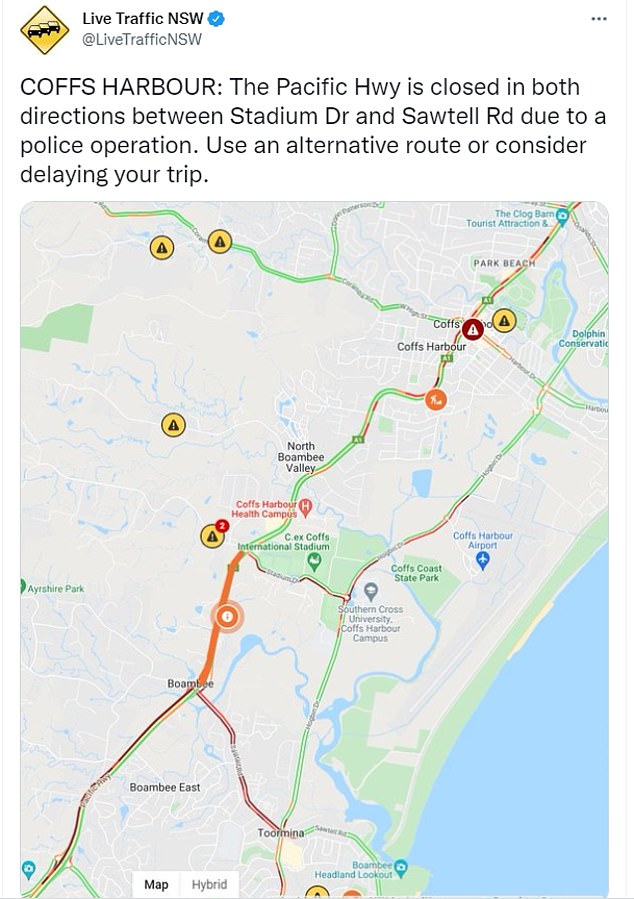 Ghislaine Maxwell’s brother Ian says she is perturbed by the judge’s refusal to grant...

DeSantis will campaign with Republican Lee Zeldin in New York as polls show him...