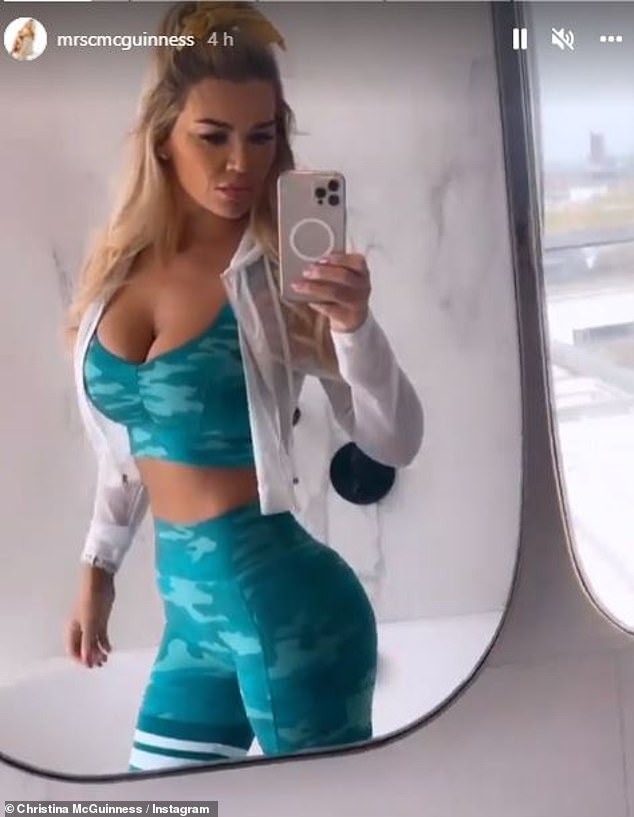 By Geraint Llewellyn For Mailonline

She recently signed up to compete on ITV‘s newest athletics show The Games.

And Christine McGuinness flaunted her fantastic physique on Thursday in figure-hugging work out gear.

Posing in front of the mirror, the 34-year-old model looked ravishing in the outfit, with cerulean camouflaged leggings that hugged her gorgeous curves.

Hot stuff: Christine McGuinness, 34, flaunted her fantastic physique on Thursday in figure hugging work out gear after training to compete in ITV’s The Games

Flashing her toned midriff, the reality star wore a matching cerulean cropped top over which she chose a sheer white hoodie.

The busty beauty tied her blonde hair in an oversized tangerine scrunchie, falling to her shoulders in a relaxed style.

The former Real Housewives of Cheshire star later opened the jacket to reveal the crop top more clearly as well as her ample assets. 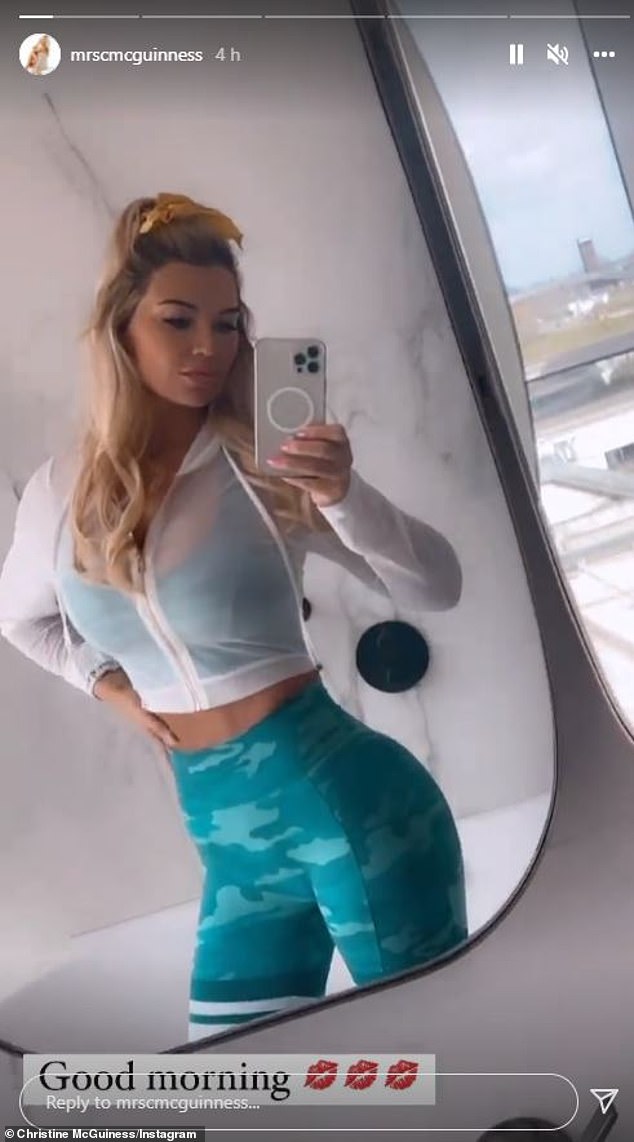 Wow: The former Real Housewives of Cheshire star later opened the jacket to reveal the cropped top more clearly as well as her ample assets

The reality star posed for her 651,000 followers, shifting her wait from side to side.

Later Christine playfully pocked her tongue out for the camera before flashing the peace sign.

She captioned the clip: ‘Good morning’ along with red kiss emojis.

This comes as the mother-of-three gears up for new ITV show, The Games, which will see famous faces be coached and trained before competing against each other, in the aim of becoming top of the medals table and being crowned overall winner. 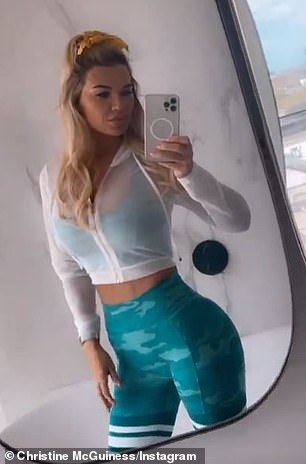 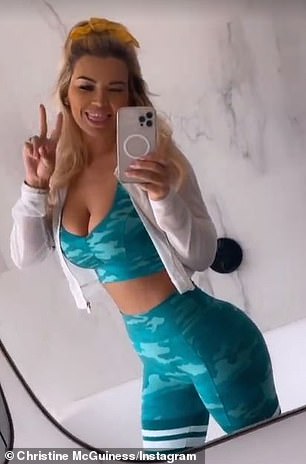 Model skills: With music playing the former model posed for her 651,000 followers, shifting her wait from side to side

According to ITV: ‘The six male and six female competitors will battle it out in the athletics arena, the swimming pool and gymnasium.

‘Each will put their sporting prowess to the test in events, from the 100-meter sprint to doubles diving, racking up points on the medals table.

‘As well as live coverage of the events, each episode will feature the celebrities’ preparation, their gruelling training programme leading up to the competition as they aim to reach their peak physical condition.

‘As the medals table takes shape with each episode, the series will culminate in an exhilarating final show in which the overall winner will be crowned.’ 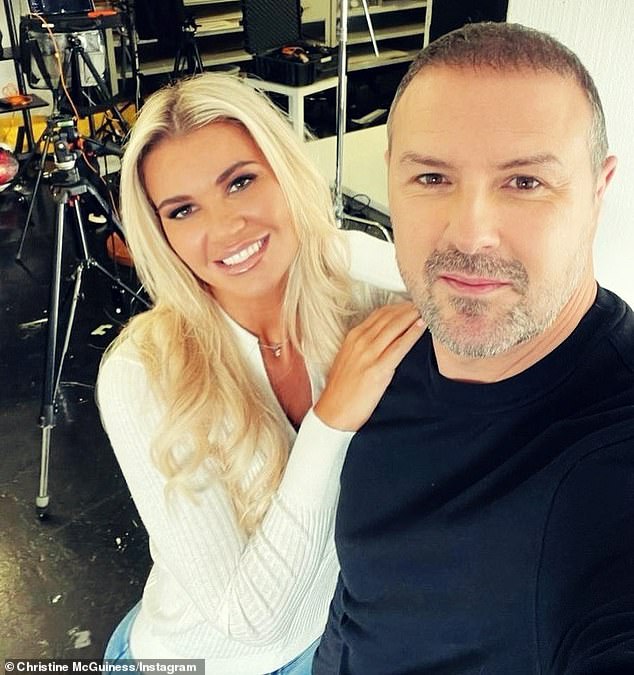 Good luck: Christine will compete against other celebrities in a bid to take home a medal (pictured with her husband Paddy McGuinness)

Woman makes bizarre claim that Johnny Depp is the father to her child during...