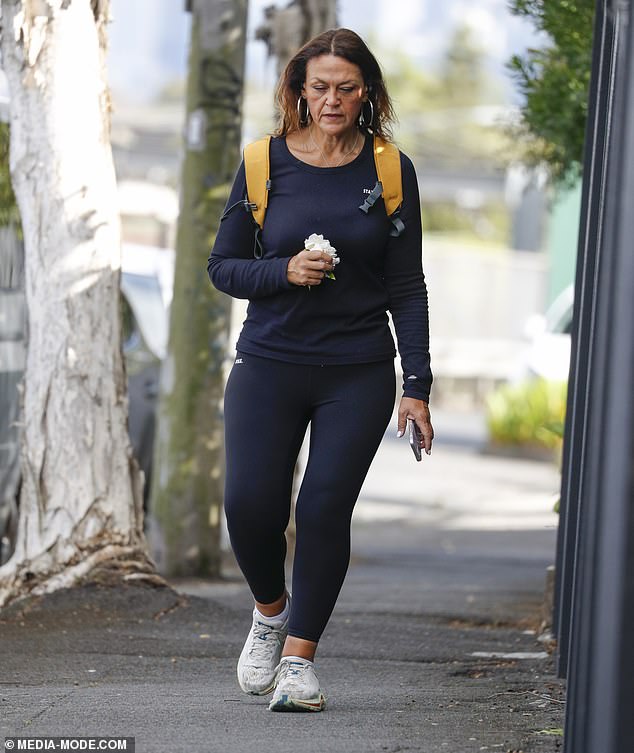 Chrissie Swan has been prioritising her health over the last two years.

And on Wednesday, the 48-year-old stepped out for her daily walk in Melbourne.

The media personality looked fit in a pair of black activewear leggings and a matching sweatshirt.

Fitness: Chrissie Swan stepped out for her daily walk in Melbourne on Wednesday

She had white sneakers on for the long trek and was holding a few white flowers in her hand.

In February, Chrissie told The Australian Women’s Weekly that she ditched alcohol and started walking every day when the Covid lockdowns started. 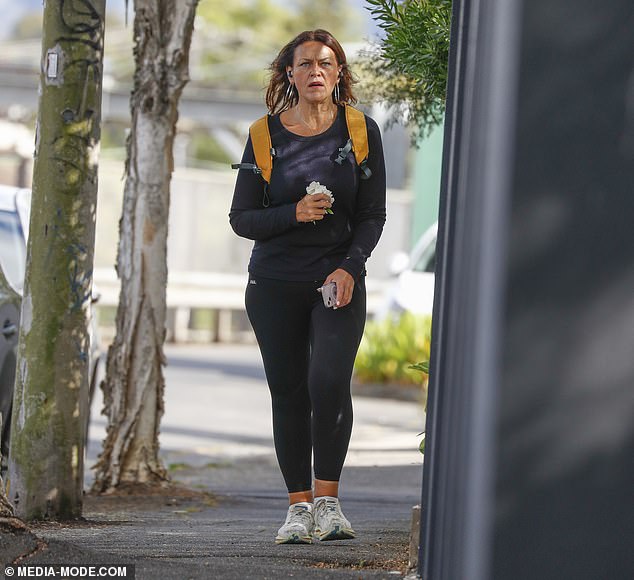 Healthy: The media personality looked fit in a pair of black activewear leggings and a matching sweatshirt

She began walking only short distances, but steadily increased her fitness and now walks for two hours per day.

The former Big Brother star also turned to meditation to improve her mental health during lockdown.

On top of that, Chrissie also makes a lot of her own food and carries healthy snacks around with her in a backpack when she goes out. 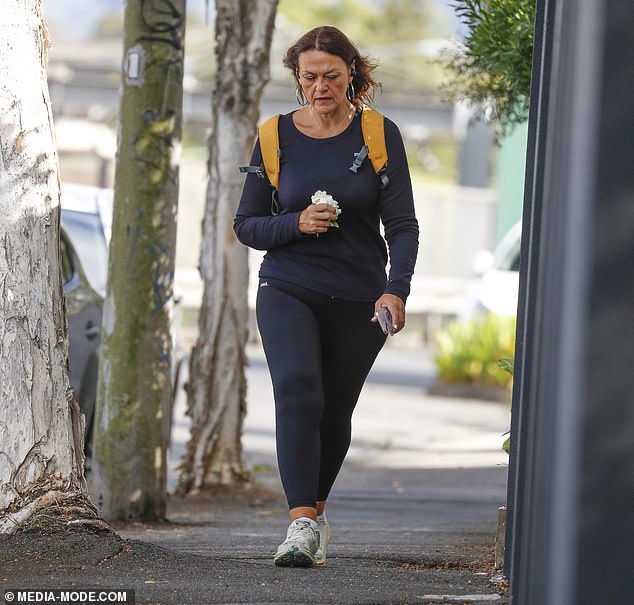 Flower power! She had white sneakers on for the long trek and was holding a few white flowers in her hand

On Tuesday, Chrissie shared one of her budget meal hacks during a discussion on The Project.

Bargain: This week, Chrissie revealed on The Project that she can make 16 serves of spaghetti bolognese for just $50

During her appearance on the show, she showed off her slimmed-down figure in a gorgeous figure-hugging pink graphic dress.

She flaunted her bronzed glow in minimal makeup and had straightened her brunette tresses.

Posting the stylish look on Instagram, Chrissie captioned the photo: ‘Just look at this amazing dress by my clever friend who has quietly achieved launching a brilliant fashion label called Anna Antal.’ 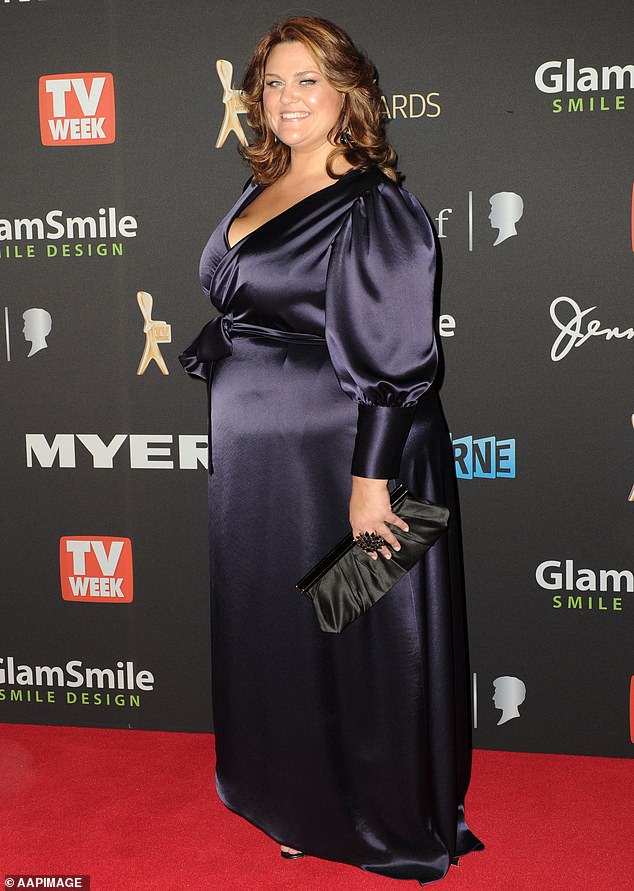 Lifestyle: Chrissie briefly touched on her weight loss in a recent interview with The Australian Women’s Weekly, saying the ‘enormous’ lifestyle changes she’d made over the last year had improved her life in so many ways. Pictured in April 2012

Conan O’Brien once ‘fired’ crew member for being ‘rude’ to a waiter amid James...

Pope Francis leads prayers to Benedict XVI as Catholics across the UK pray at...

Aristocrat daughter of Queen’s page who is missing with lover and newborn was Tatler...

Two pit bulls are euthanized after killing two kids and mauling mother in their...