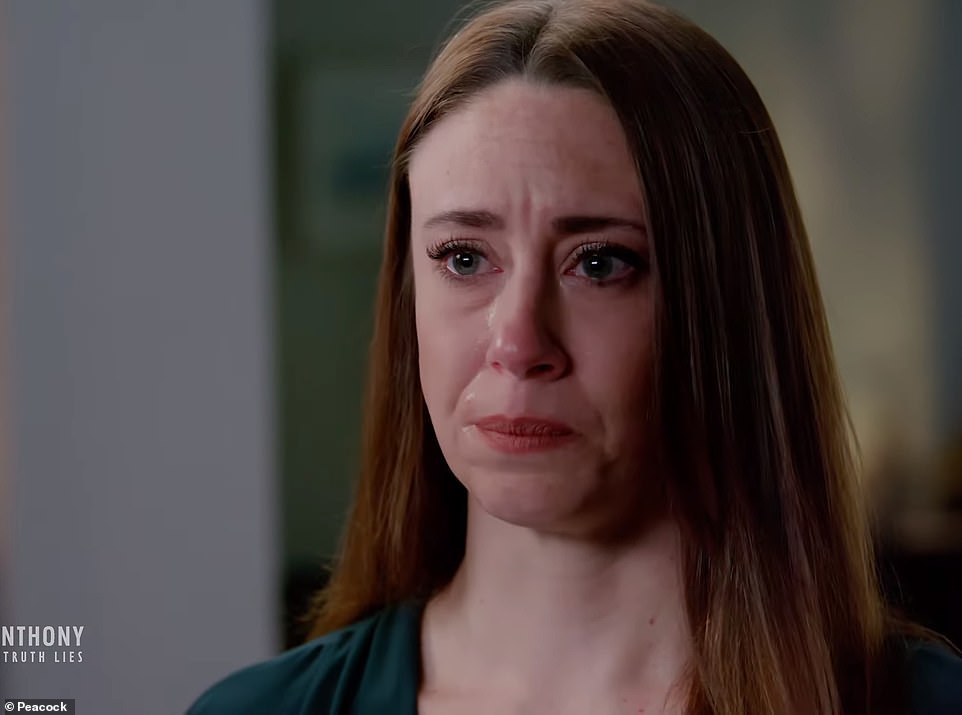 Casey Anthony has blamed her father George for the 2008 murder of her daughter Caylee, claiming sensationally in a new documentary series that he killed her to cover up sexually abusing her.

Anthony was infamously acquitted of murdering her two-year-old daughter in 2011 after a highly publicized trial during which she was dubbed the most hated woman in America.

She has always denied killing Caylee, despite cadaver dogs picking up the traces of human remains in her vehicle. Caylee’s skeletal remains were discovered near the family property in Orlando, Florida.

Now, in her first sit-down interview, Casey appears in a three-part docuseries on Peacock, where she claims that both she and her daughter were sexually abused by her father George. She has claimed in the past that she was abused by her father and her brother – claims they vehemently denied. Neither of them has ever been charged in connection with the allegations, nor have they been implicated in Caylee’s death.

Casey claims in the new series, which airs on November 29, that she woke up from a nap to find Caylee, who’d been with her, gone.

‘I just need someone to be willing to listen. I’ve spent the last 10 years making sure that I knew who I was. That I started to cope with this loss. And that I had something to say to make my daughter proud but also to honor her properly and this is part of that.

‘It’s hard because 1,000 questions go through my head. I’m responsible for answering everyone in the world’s questions about her about what happened. I still don’t know what happened to Caylee. I know what I’m afraid of. I know it eats at me at night, day after day,  because I know what I lived through,’ she says at beginning of the first episode, which DailyMail.com previewed this week.

Now, in her first sit-down interview, Casey appears in a three-part docuseries on Peacock, where she claims that both she and her daughter were sexually abused by her father George 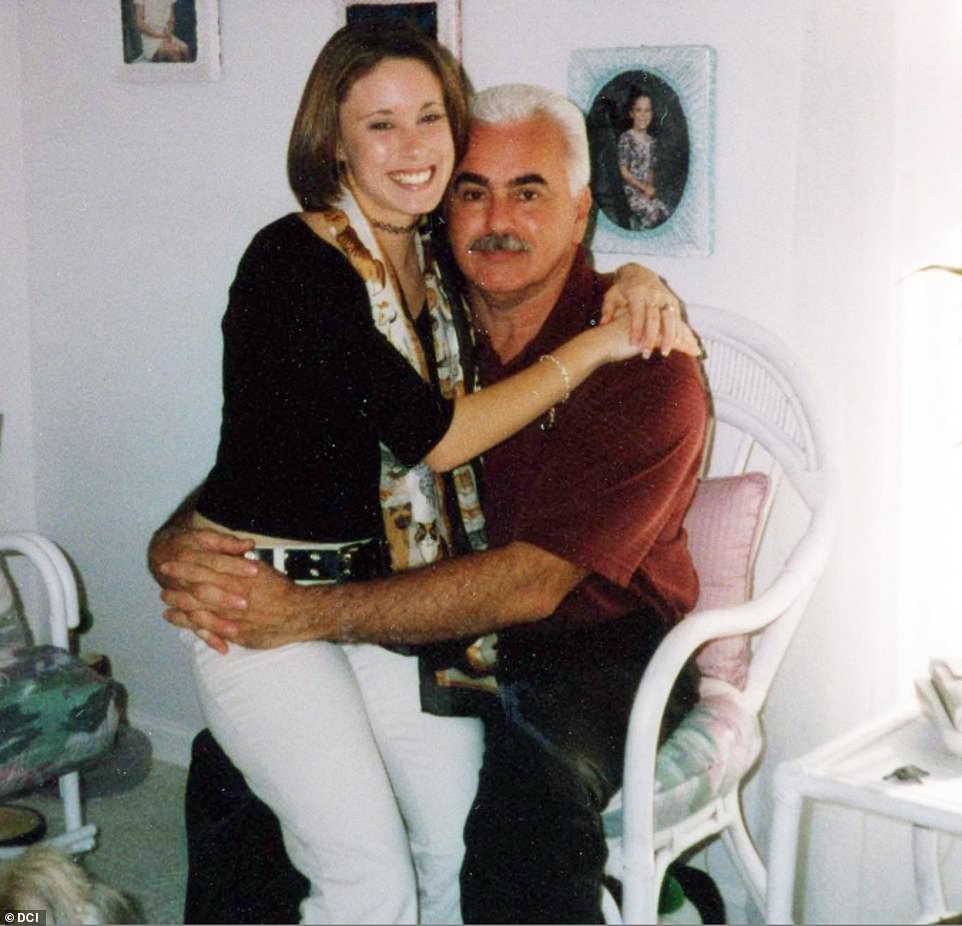 Casey and her father George before Caylee’s death. She previously accused him of sexually abusing her as a child, though he has never been charged over those claims 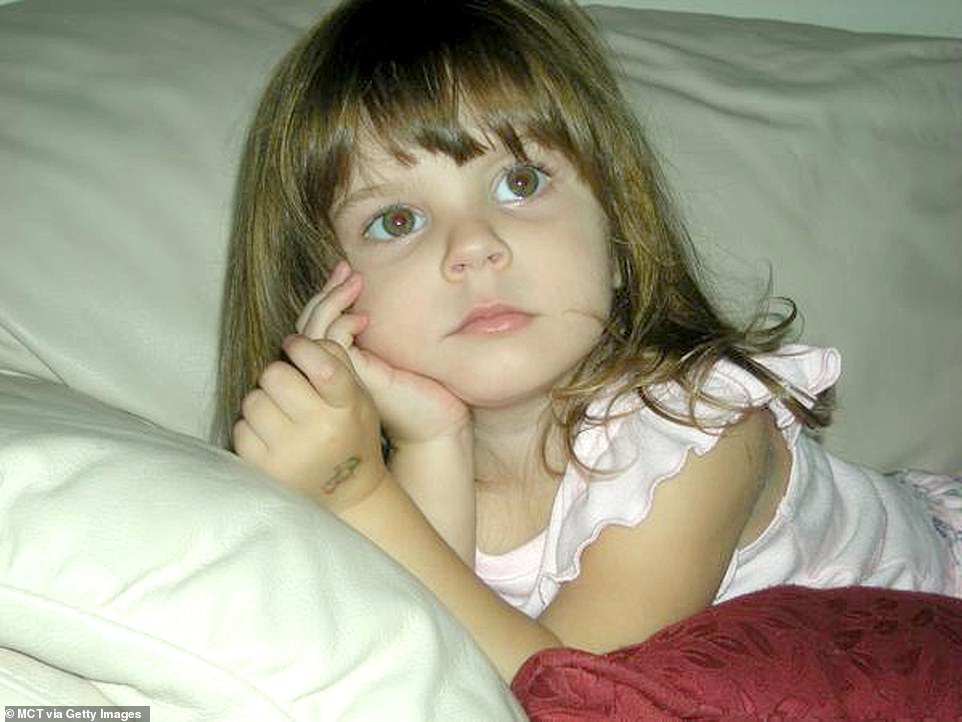 Two-year-old Caylee Anthony. Her skeletal remains were found in a bag on the family property

She believes he killed her then put her in the pool to make it appear as though she’d drowned.

‘I wasn’t feeling that great, and I wanted to lay down. I had her lay in bed with me.

‘I was awoken by [my father] shaking me and asking me where Caylee was.

‘That didn’t make sense. She would never even leave my room without telling me.

He was standing there with her. She was soaking wet. He handed her to me. ‘Said it was my fault.

‘I immediately started looking around the house. I go outside and I’m looking to see where she could be.

‘He was standing there with her. She was soaking wet. He handed her to me.

‘Said it was my fault. That I caused it. But he didn’t rush to call 911 and he wasn’t trying to resuscitate her. I collapsed with her in my arms. She was heavy, and she was cold.

It took another 31 days for Casey to call police and tell them Caylee was missing.

The couple hadn’t seen Casey or Caylee for a month. They then found Casey’s car in a tow-yard, and George said the smell ‘took his breath away’.

In her 911 call, Cindy told the dispatcher: ‘Caylee’s missing. It smells like there’s been a dead body in the damn car.’

Casey then told police that she’d left her daughter with a babysitter, Zenaida Gonzales Fernandez, and that she was also missing.

Now, she claims in her Peacock documentary that the last time she saw her daughter was in her father’s arms on June 16, after she woke up from a nap. 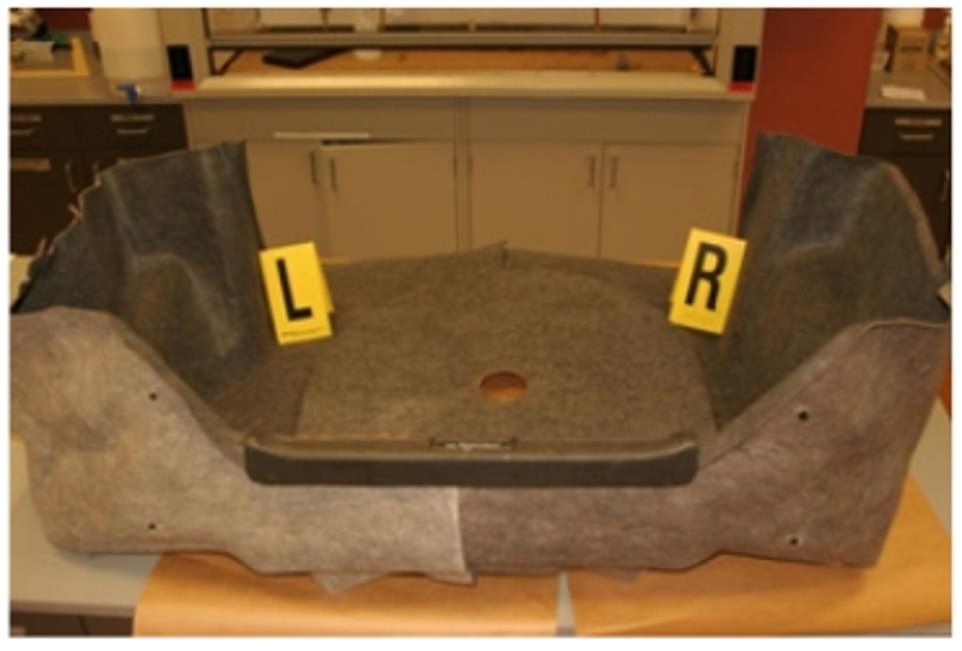 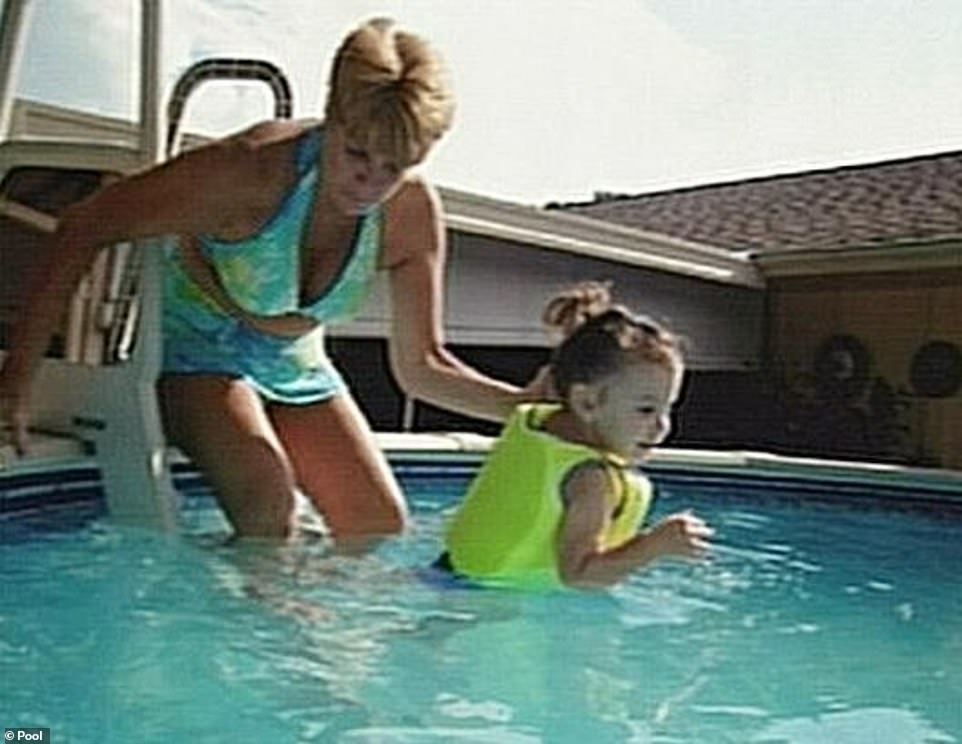 Casey claimed initially that her daughter drowned in the pool at the family home. Now, she says that is impossible because of how high up it was. She says her father killed Caylee then put her in the pool to make it look like she drowned. Caylee is shown with her maternal grandmother, Cindy, in an evidence photo from the trial 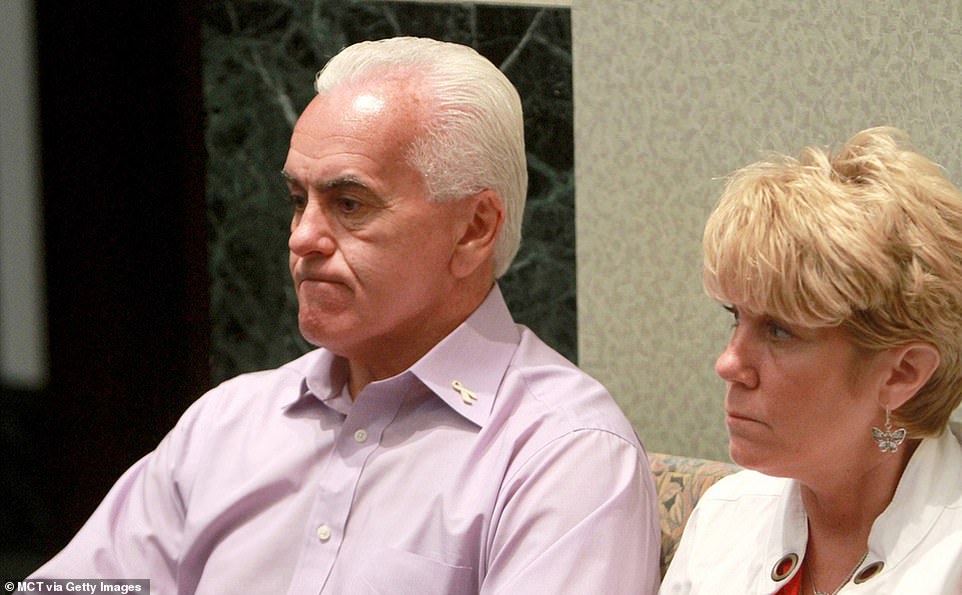 George and Cindy Anthony testified at their daughter’s trial. They have since become estranged and believe that Casey drugged Caylee

‘During the 31 days, I genuinely believed that Caylee was still alive.

‘My father kept telling me she was ok. I had to keep following his instructions. He told me what to do. I tried to act as normal as I could.’

She said she went to live with her boyfriend, then returned in July to find her daughter gone. 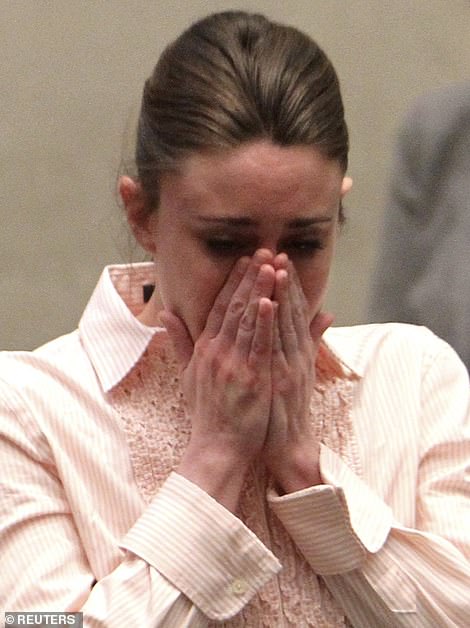 Casey Anthony was infamously acquitted of murder in 2011

‘I lied. But nobody asked me why,’ she says in the trailer for the Peacock docuseries.

She then goes on to repeat old and unfounded claims that her father sexually abused her as a child.

‘He’d put a pillow over my face and smother me to knock me out. That happened several times. I’m sure there were times where I was incapacitated as a child where my body was limp and lifeless.’

She says now that she believes her father went on to abuse Caylee after her.

‘That’s what I think about. I wish every day I had said something to someone about something. Maybe then things would be different.’

George has in the past hit out at Casey’s lies, telling a previous documentary that her claims Caylee drowned were not true.

He was forced to provide a DNA sample during the trial to disprove his daughter’s lawyer’s obscene suggestion that he had incestuously fathered Caylee.

George also claimed Casey might have drugged her daughter, saying Caylee often slept for up to 13 hours at a time.

The prosecution told a story of a young mother who regretted having kids and wanted a way out.  They seized on the fact that Casey was photographed in bars and partying after the last time she saw her daughter alive.

They argued that Casey suffocated her daughter with duct tape.

While Casey was convicted of lying to police, the jury acquitted her of murder in a shock verdict in 2011.

She then went to live with Patrick McKenna, the lead investigator from her case. It is unclear where she now lives.